Iran's Re-emergence as an Energy Superpower

On 24th February, the EUCERS/ISD/KAS workshop on Iran explored the possible scenarios for Iran's re-emergence as an energy superpower, the consequent geostrategic implications and the position that Europe may potentially take.
February 26, 2015 Ordering Information 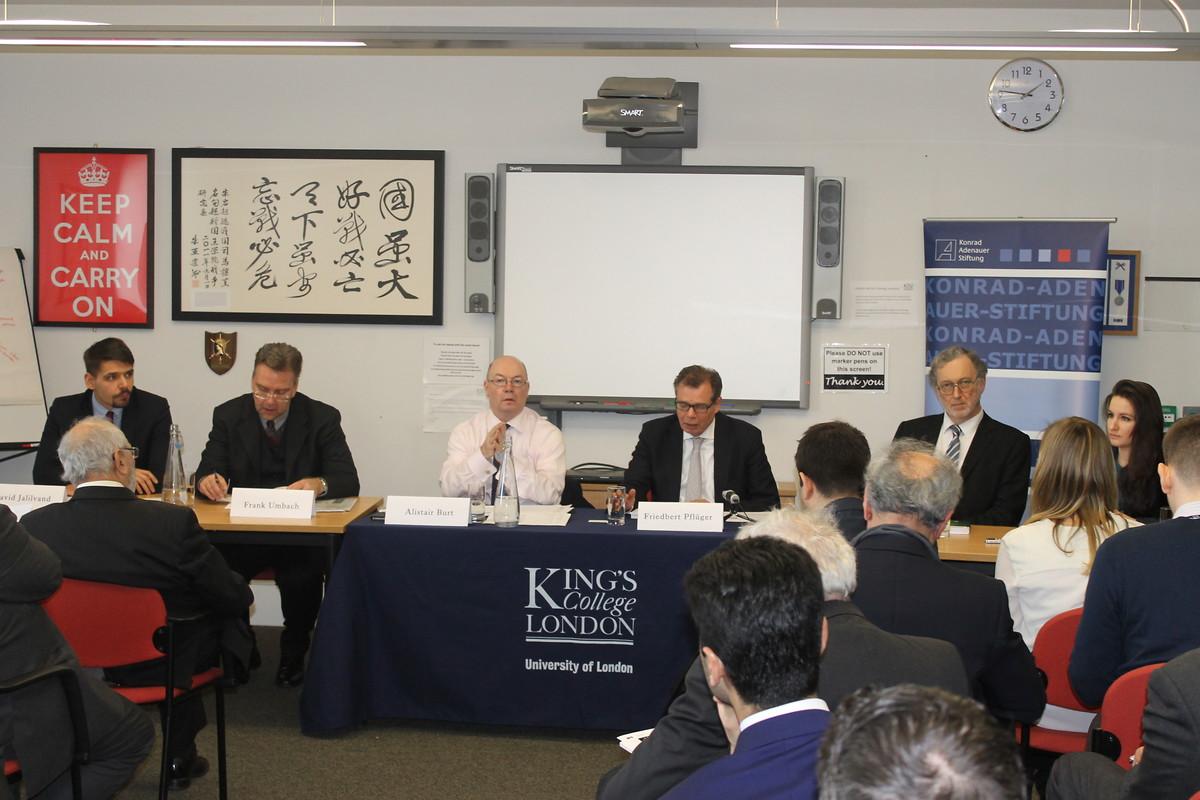 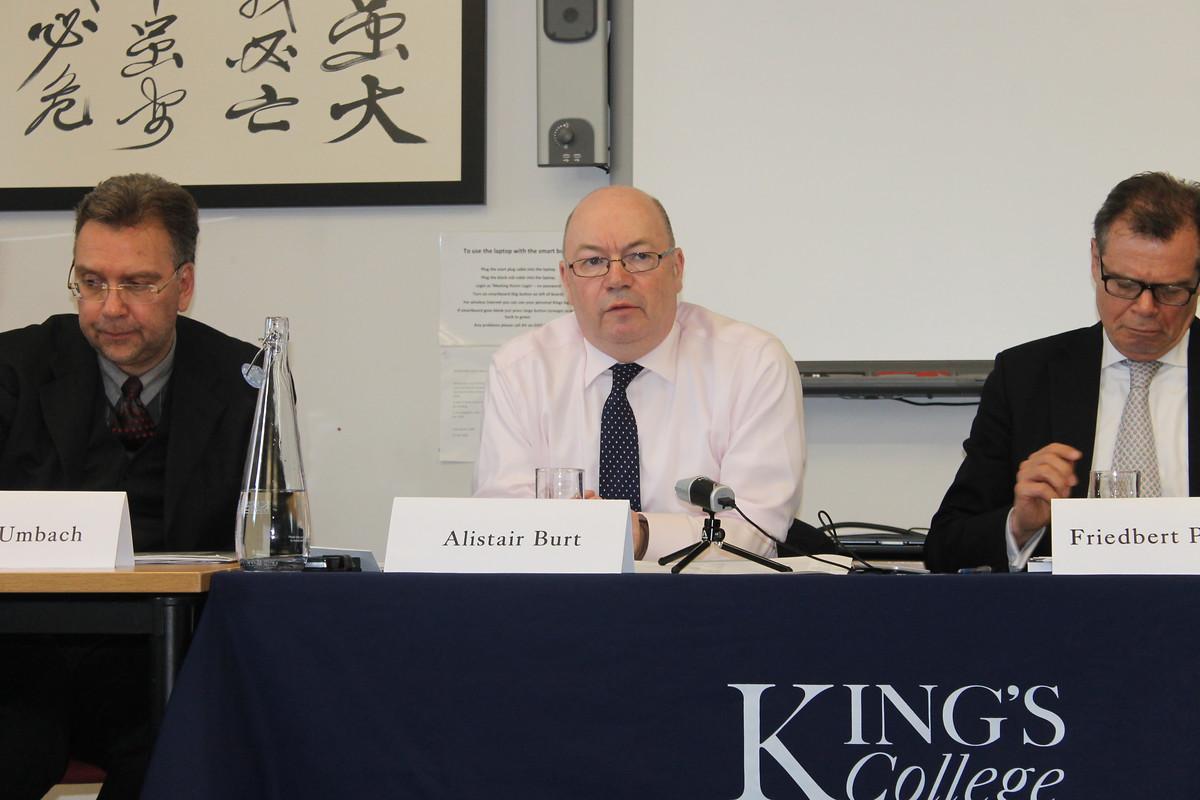 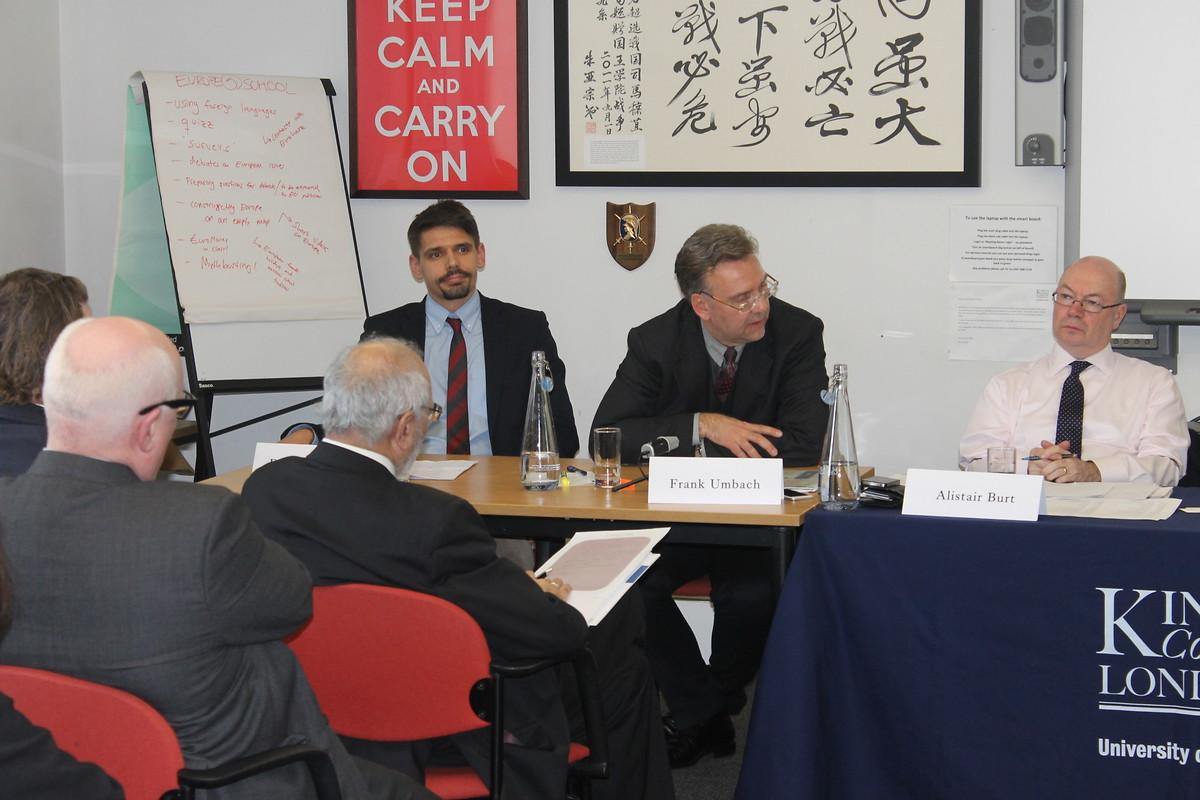 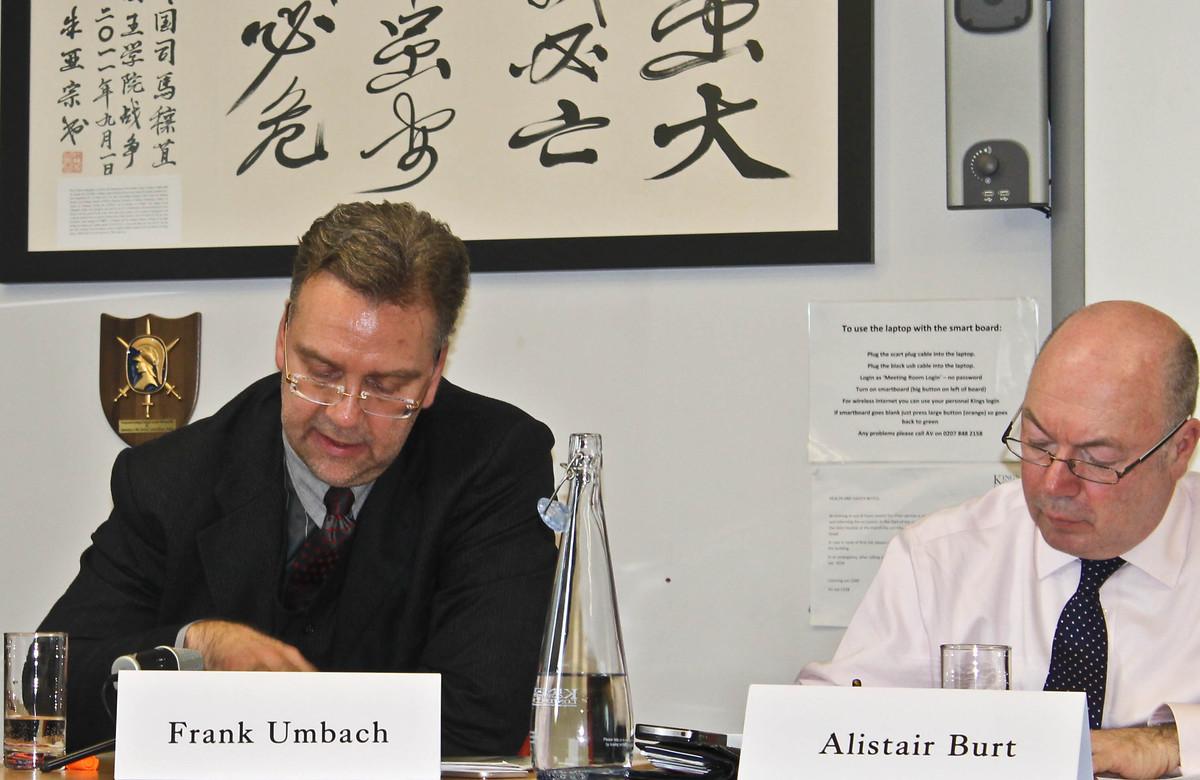 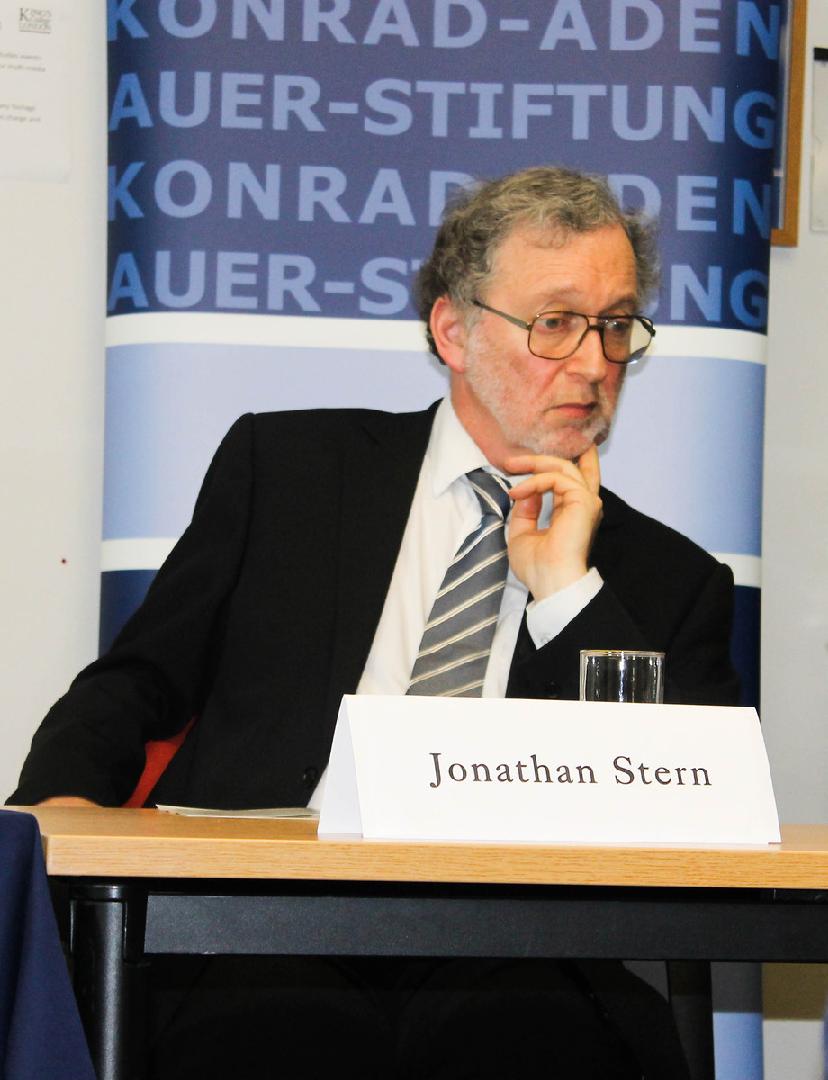 The first in this year's series of five EUCERS/ISD/KAS roundtable discussions on re-emerging energy superpowers took place in the War Studies Meeting Room at King's College London. The event was moderated by Professor Dr Friedbert Pflüger, Director of EUCERS, who introduced the panel.

The first speaker, Alistair Burt MP, former Parliamentary Under Secretary of State at the Foreign and Commonwealth Office (FCO) responsible for FCO policy on Middle East, outlined the relationship between Great Britain and Iran and raised the question of Iran's future identity. Professor Jonathan Stern, Chairman and Senior Research Fellow at the Oxford Institute for Energy Studies' Natural Gas Programme, gave an overview of Iran's current energy situation and explored the question of future exports within the region and potentially beyond. Dr Frank Umbach, Research Director at EUCERS, provided further insight into Iran's export potential and the question of sanctions, while Kalina Damianova, KAS Fellow at EUCERS, who is currently writing a study on Iran as a re-emerging energy superpower, highlighted the potential role of Iran in the EU's attempts to diversify its energy sources. Finally, David Ramin Jalilvand, research fellow at the Berlin Centre of Caspian Regional Studies (BCCARE) at the Freie Universität Berlin, stressed the potential for conflict between, on the one hand, excessive domestic demand for gas during peak periods, resulting in shortages, and, on the other, those interests calling for increasing gas exports. During the following Q&A, the panelists addressed various questions and remarks.

The next in the series of EUCERS/ISD/KAS roundtable discussions on re-emerging energy superpowers will focus on Kazakhstan and will take place on 20th April 2015.