On 04th December the Konrad-Adenauer-Foundation organised a meeting of the European Movement National Councils at the Scottish Parliament.
December 14, 2017 Ordering Information 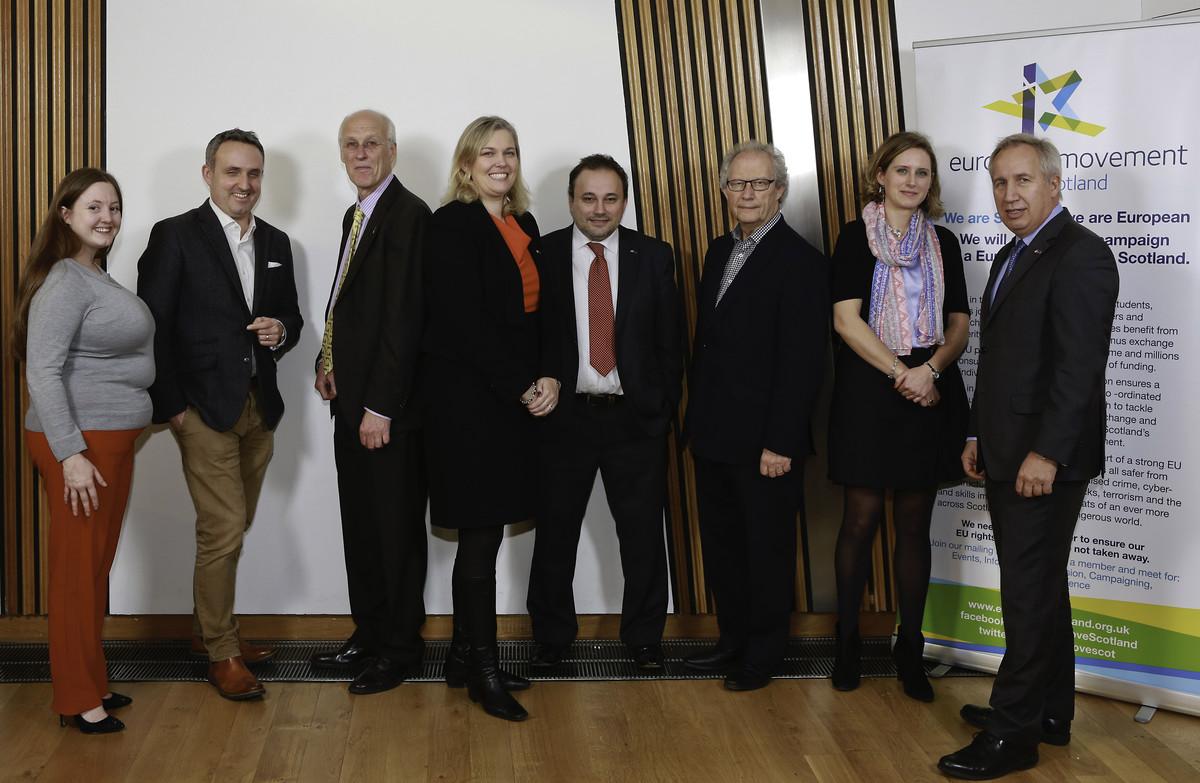 On 4th December, the Konrad-Adenauer Foundation teamed- up with European Movement Scotland to organize a conference on the impact of Brexit on the island of Ireland at Holyrood. The vivid discussion highlighted the importance of ensuring that the concerns and aspirations of citizens from all parts of the United Kingdom and the European Union are represented in the Article 50 negotiations. It was a remarkable pleasure to bring European Movements from all parts of the United Kingdom (England, Wales, Scotland, and Northern Ireland) and from the Republic of Ireland together and most interesting to see that they agree on the different impacts of Brexit on Great Britain and the Republic of Ireland.