WORKSHOP IN COOPERATION WITH THE INDONESIAN SECURITY COUNCIL

Security in the digital age is becoming an increasingly important and complex topic which for the Indonesian Government is currently of primary importance. It is not just about the protection of strategic infrastructure,communication channels and financial systems, but also the protection of the society and democracy against harmful attacks and effects from the cyberspace.
August 7, 2018 Ordering Information 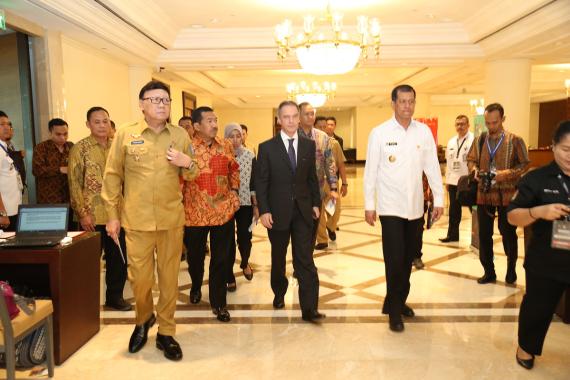 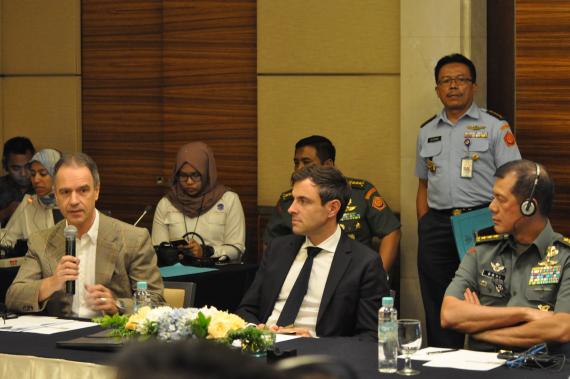 Preparation meeting with the Indonesian Security Council, Prof. Dr. Marco Gercke and the participants of the simulation. 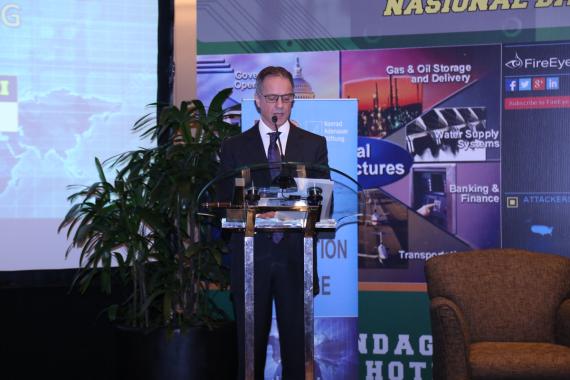 Welcome remarks by the head of the Konrad-Adenauer-Stiftung in Indonesia, Jan Senkyr. 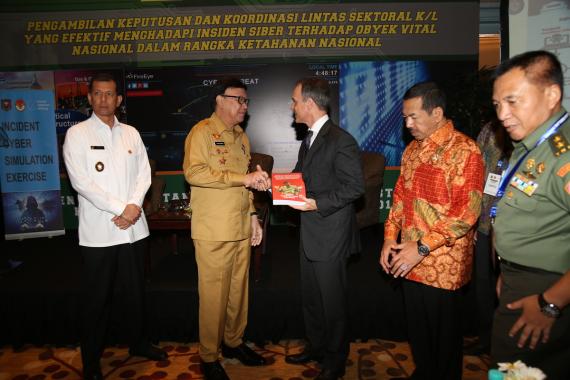 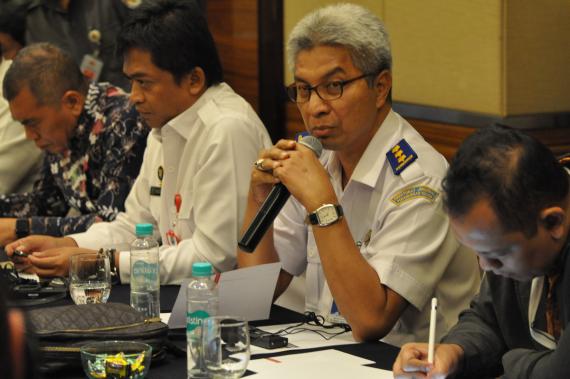 As role players participated in the simulation, decision-makers from the Ministry of Transportation, the Aviation Navigation Service (AirNav), the State Airport Service (Angkasa Pura II) and the National Cyber Encryption Agency (BSSN). 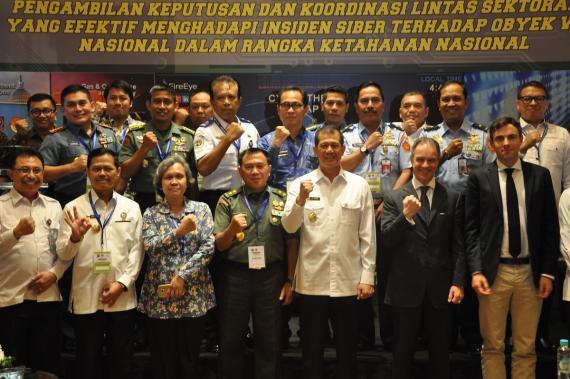 Group photo with participants of the event.

Indonesia has some catching up to do in the area of cybersecurity. With a weak digital infrastructure, but a very high number of users on the Internet and social media, Indonesia is vulnerable to all sorts of digital attacks, whether for criminal, political or intelligence purposes. President Joko Widodo and his government have therefore declared the protection of cyberspace and digital infrastructure to be Indonesia's strategic priority. Through a presidential decree in 2017 the Indonesian Cyber Agency BSSN (Badan Siber dan Sandi Negara) was founded which is the coordination center for cyber security in the country. All government agencies and state institutions are instructed to take appropriate precautions to protect the digital Infrastructure and cyberspace.

Against this background, the Konrad-Adenauer-Stiftung together with the Indonesian Security Council Wantannas (Dewan Ketahanan Nasional) and the Ministry of Home Affairs (Kemendagri) conducted a cyber incident simulation in Jakarta on July 24, 2018.

It was the first event of its kind in Indonesia, through decision-makers and representatives of ministries, government agencies and security forces were transferred knowledge and awareness of the risks and challenges of the cyberspace.

The event was opened by the Secretary General of the Indonesian Security Council, Lieutenant General Doni Monardo. He underlined the central importance attached to cyber security in Indonesia. "Alertness in cyberspace has to be considered in all aspects of community life. Attacks can be frontal and real in groups. But also hidden and by spreading false reports, viruses, radical ideologies, recruitment by terrorist groups and data theft" said Gen. Monardo.

Before the simulation, various aspects of digital challenges and threats were discussed in a panel discussion. The Minister of Home Affairs of the Republic of Indonesia, Tjahjo Kumolo SH., also took part in the discussion. The minister informed about the current measures of the government in the cyber area. At present, the government continues to strive to maintain the nation's sovereignty, including in the digital space. These efforts of sovereignty are in line with President Joko Widodo's Nawacita program to secure national and community strategic sectors. The Ministry of Home Affairs supports the implementation of national cyber security in all provinces and cities.

The subsequent simulation was conducted by Prof. Dr. Marco Gercke, founder and Director of the Cybercrime Research Institute and one of the leading cybersecurity experts. This was not a technical simulation but a simulation focused on perspective on the top management level in the case of cyber-attacks, allowing participants to test their responsiveness. Basis of the scenario was at the request of the Indonesian side, a fictional international airport.

A group of role-players consist of decision makers from the National Aviation Safety Authority, of the airport management Angkasa Pura, the National Cyber Agency BSSN and the Ministry of Transportation had to react in an interactive way to the dynamic development of the plot of the simulation. The simulation was followed by about 100 representatives from various ministries, security agencies, the military, the police, intelligence agencies and large national companies.

The simulation ended with a debriefing by Prof. Gercke, in which he underlined again the importance and scope of political decisions during a cyberattack. He pointed out that one of the key factors in successfully countering attacks from cyberspace is the existence of a well-developed emergency plan with clear allocation of decision-making powers and the establishment of effective communication channels.

Enclosed a short clip of the event at CEO Indonesia News TV: Link to the video