Seminar on de-radicalization and counterterrorism

Seminar on the role of Pancasila in fighting radicalism and terrorism with specific measures aimed on de-radicalization. Developed in close cooperation with the Trainings Center of the Indonesian Ministry of Home Affairs, more than 350 head of the Satpol-PP units and employees of the Ministry of Home Affairs attended this event.
November 2, 2017 Ordering Information 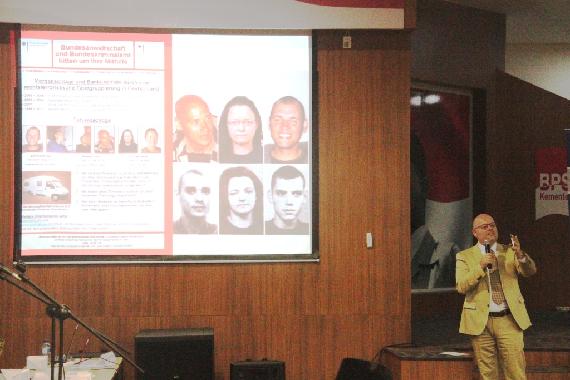 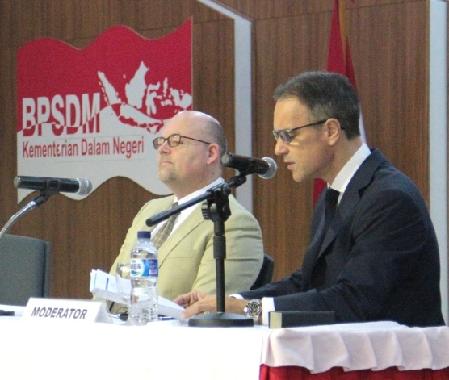 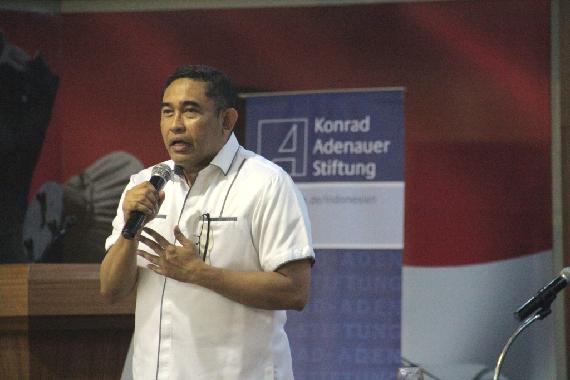 Faizal Thayeb, Director of the Counter-Terrorism Unit at the Indonesian State Intelligence (BIN), gave an insight into the possibilities of early detection of terrorist threats in Indonesia. 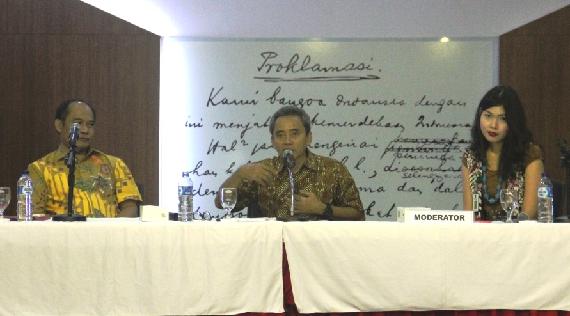 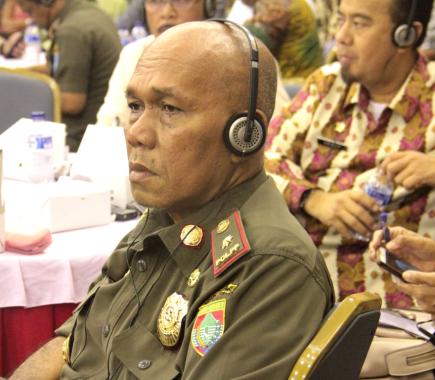 Over 350 participants from different provinces participated in the event.

Within the two-day seminar, Indonesian experts and German professor of politics Dr. Thomas Grumke gave talks on counterterrorism and de-radicalization. The dangers arising from political extremism and religiously motivated terror are present and of great explosiveness, in both Indonesia and Europe.

Unlike Germany Indonesia is marked by enormous local and cultural diversity. Indonesia consist of 33 provinces, counts almost 260 million inhabitants and its land mass is spread over 17.000 various islands. For this reason the Indonesian government follows a policy of decentralization. The crucial role of the local governments and Pancasila for counterterrorism takes effect in the local, political and cultural circumstances.

The specific training of employees of the provincial governments is the key to a decentralized approach on counterterrorism, as Mr. Teguh Setyabudi stated. In his talk Professor Dr. Thomas Grumke stated additionally that civil servants should stick together and function like “glue”. The strengths and competences for de-radicalization and prevention lie in national unity.

Above all, following the guidelines of Pancasila is the most important instrument for homogenization of operational principals and therefore it is considered as the top ideal in the fight of extremism and terror. Pancasila is grounded in the preamble of the Indonesian constitution and represents the five guidelines of the national ideology. The various provinces with all their different identities are united by the Pancasila, as the cabinet secretary stated in his lecture.

For the local governments to get active in aimed screening and prevention measures, it takes the persons of interest to be located. Faizal Thayeb, director of the Department for Counterterrorism of the State Intelligence Agency, pointed out that a significant number of people are radicalized through the internet. Unfortunately, in this context the “lone wolf phenomenon” occurs. Loners, “lonely wolves”, radicalize themselves on their own through the internet. These lonely wolves are ought to be identified before they start to gather in larger groups. Not only particularly through the internet, also especially in mosques, schools, universities and prisons people become radicalized, following Mr.Ir Hamli of the National Agency for Combating Terrorism.

Well-aimed monitoring on civil and public level should help to spot already-racialized and not-yet-radicalized persons. In turn, this requires and excellent cooperation of government, authorities and community.