Together with the parliamentary Commission for fighting corruption we continue our project "For Citizen's Initiative: Lithuania without Corruption" and invite to the Seminar on October 6, 2010 in Šiauliai.
October 6, 2010

In the context of long lasting discussions in the Parliament and public space on corruption issues we continue our project "For Citizens Initiative: Lithuania without Corruption" and organize a seminar on October 6th in Šiauliai. Together with members of parlamentary Commission for fighting corruption, representatives of General Police Department, Border control officers we will debate on corruption dimension in Lithuanian border regions and suggest strategies on strengthening corruption prevention.

Mr. Arvydas Anušauskas, MP, Chairman of Commity for National security and defense, Parliament of the Republic of Lithuania

Head of the KAS office Chile 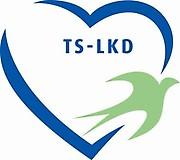