A brainstorming session amongst editors from Europe and Asia

Editors from Asia and Europe were invited to meet in Mongolia to discuss methods on improving connectivity and open communication between the two continents. Prior to this meeting, two journalists’ workshops were conducted in Brussels and Guangzhou, during the months of January and May, respectively.
July 7, 2016 Ordering Information 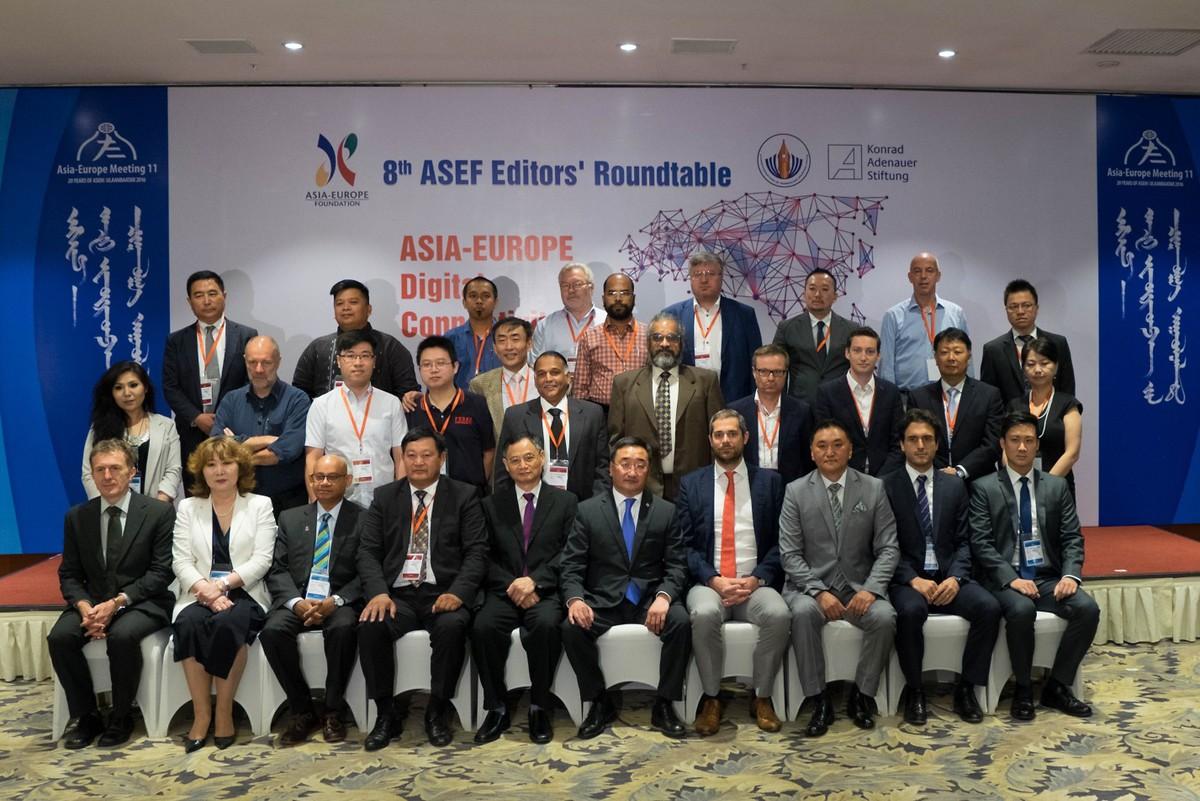 The 8th Editors’ Roundtable was organized by the KAS Media Programme Asia and the Asia-Europe Foundation (ASEF) in Ulaanbaatar, Mongolia, in conjunction with the 11th Asia-Europe Meeting (ASEM) Summit. The gathering was focused on improving digital connectivity between publications and syndicates from Asia and Europe. Participants, some of whom were senior media representatives, worked together to brainstorm ideas through the workshops conducted. Means of sustaining this newly forged ties and open communication were also a focal point of their discussions. In addition to that, participants unanimously agreed on a stronger emphasis on the roles and responsibilities of the media when communicating through the various media in the digital space. The delegates were also warmly welcomed by Lundeg Purevsuren, Minister for Foreign Affairs of Mongolia, who hosted a dinner in honour of them on the first night of the roundtable discussions.

To the event
Video 8th Editors' Roundtable, Ulaanbaatar, Mongolia
More about this topic