by Christoph Grabitz
This report presents the experiences of the JONAcademy Fellows at the Uncovering Asia 2018 Conference in Seoul, Korea.
October 31, 2018 Ordering Information

In addition to Asian journalists, the media programme this year also invited German reporters from the KAS Journalisten Akademie (JONA). They were part of the international reporting team, which reported daily on the event in multimedia form. For this they spoke among other things with Pulitzer price winner Martha Mendoza about her research on the attitudes towards slavery in the Thailand fishery industry, as well as with Cybersecurity expert Chris Walker about source protection.

The desire for more video production has grown strongly due to social media. The young journalists quickly realized that this was a great challenge at a conference. A well-produced post requires not only detailed planning, but also sufficient time for editing.

In addition to the conference, the young journalists also immersed themselves in Korea's history and current political developments. For this purpose, the delegation visited the Demilitarized Zone in northern Seoul, the ANN media partner "The Korea Herald", and spoke with the head of the KAS Korea office Stefan Samse. At the end, the gains for all participants were thoroughly positive. They were enthusiastic about the personalities who fight daily for free press around the globe. Alexandra Jegers said "In Germany we 'only' fight with the accusation of the lying press, but at least we can do our job in safety. The conference showed me that this is not a matter of course."

Next year, investigative journalists from all continents will meet again at the Global Investigative Journalists Conference - or #GIJC19 - in Hamburg.


Interested in the stories of the young reporters? Videos and articles can be found on the social networks using the hashtag #IJAsia18 or at www.2018.uncoveringasia.org 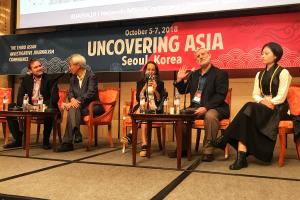 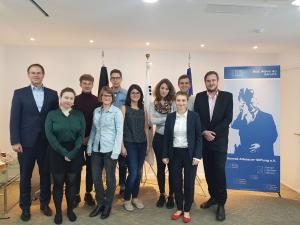 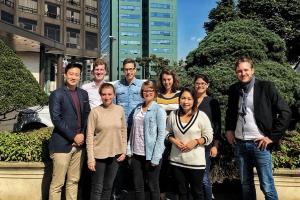 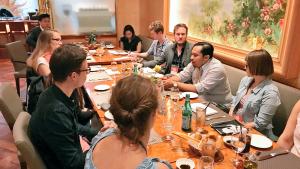 QnA session with investigative journalists Wahyu Dhyatmika, Syed Nazakat, Sherry Lee and JONAkademie fellows about their current and past investigations