by Victoria-Charlotte Browning
On September 22nd, 2017 KAS New York hosted an inspiring gathering of female parliamentarians from all over the world.
December 21, 2017 Ordering Information 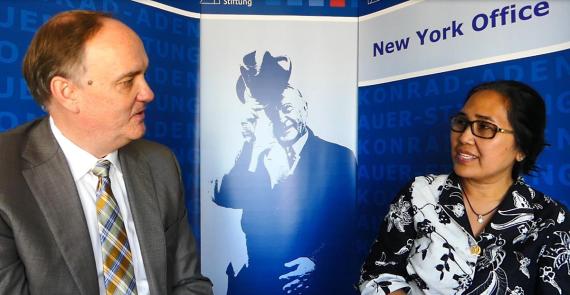 From September 21st to September 22nd the International Panel of Parliamentarians for Freedom of Religion or Belief (IPPFoRB) invited a distinguished group of 12 female Members of Parliament to a Seminar in New York which was held in conjunction with the Trygve Lie Symposium on Fundamental Freedoms. At KAS New York they exchanged their experiences concerning the promotion of these fundamental rights in their respective countries and discussed fruitful strategies to strengthen them.