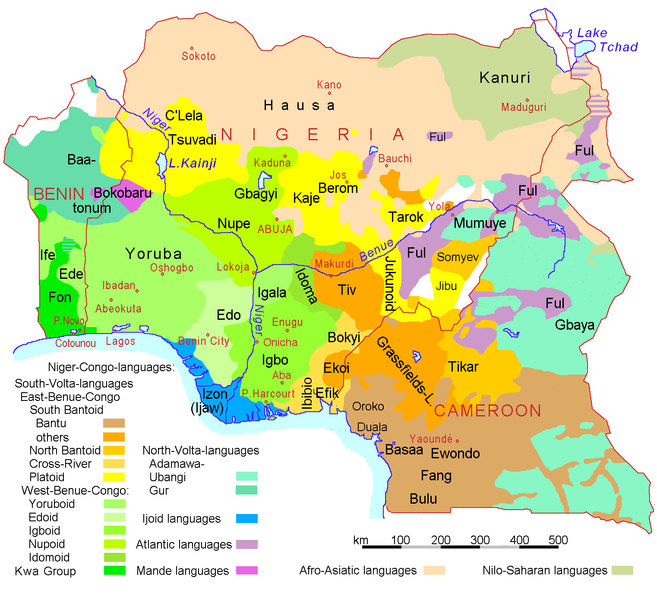 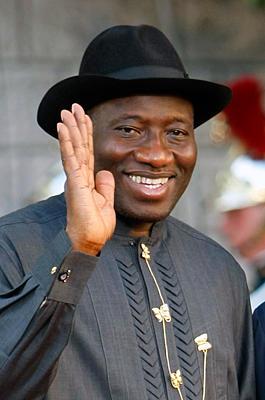 www.operationnigeria.blogspot.com
The acting President Goodluck Jonathan is a member of the Ijaw ethnic group. 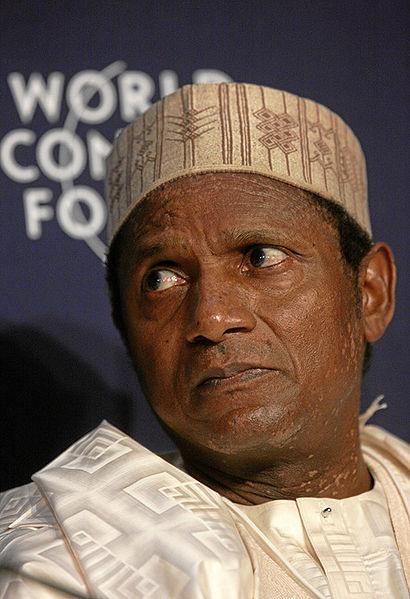 http://en.wikipedia.org/wiki/File:YarAdua_WEF_2008.jpg
Umaru Yar´Adua serve from 2007 until his death in 2010 as the Nigerian President. He is a member of the Hausa-Fulani tribe. (Source: World Economic Forum (www.weforum.org) swiss-image.ch/Photo by Andy Mettler) 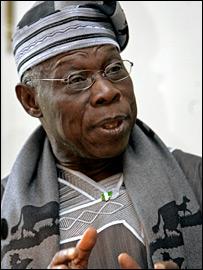 www.entertainmentgossipng.blogspot.com
The first democratically elected President after the military rule 1999, Olusegun Obasanjo served from 1999 to 2007. He is a member of the Yoruba tribe. 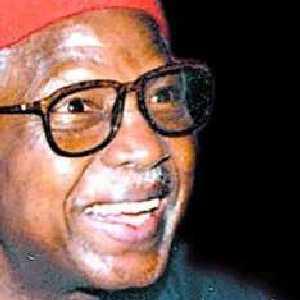 http://igbopeople.blogspot.com/2009/03/alex-ekwueme.html
Alex Ekwueme was the first Vice-President of Nigeria, serving from 1979 to 1983. He is a member of the Igbo tribe. 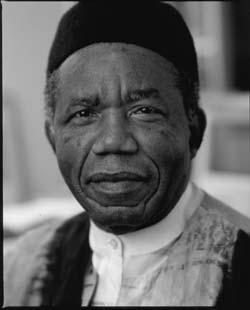 http://4.bp.blogspot.com/_O90Xgmx1TzM/TJ_MbrFxepI/AAAAAAAABJ0/C4ydemAV4bk/s1600/chinua_achebe.jpg
Chinua Achebe is a Nigerian writter and is a member of the Igbo tribe. His first novel "Things Fall Apart" (1958) is the most widely read book in modern African literature. 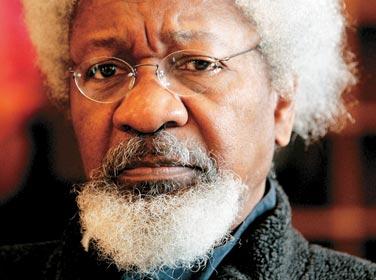 http://beautiful-afrique.tumblr.com/post/7614697798/wole-soyinka
Wole Soyinka is the first representative of African literature who was awarded the 1986 Nobel Prize in literature. He was born into a Yoruba family in 1934. 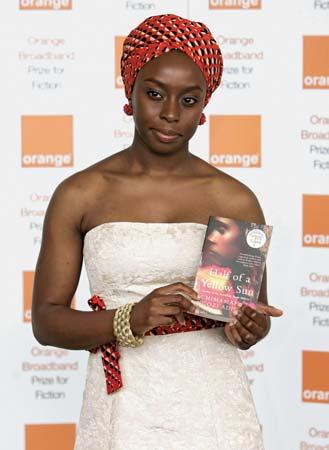 http://www.britannica.com/EBchecked/topic/1018376/Chimamanda-Ngozi-Adichie
Chimamanda Ngozi Adichie is a writter with Igbo mother tongue. (Source: www.britannica.com)
There are approximately 250 ethnic groups and tribes in Nigeria and each group has its own language. The three main groups are Hausa-Fulani, Yoruba and Igbo.

The Afro-Asiatic language Hausa is spoken by about 30 to 50 million people, including approximately 19 million Nigerians. Therefore, it is the most widely spoken trade language in western and central Africa and has official status in Benin, Burkina Faso, and Ghana. In Niger, Hausa is recognized as minority language. In Nigeria, Hausa is an official language in Sokoto, Kaduna, Kano, and Bauchi States.

In southwestern Nigeria, in the so-called Yorubaland, Yoruba is besides others the most commonly spoken language. Yorubaland includes among Ogun, Ondo, Kwara, Lagos, and western parts of Kogi States in Nigeria also parts of Benin and Togo. Beyond the borders of Yorubaland, some of the over 30 million speakers are found in Brazil and Cuba. Yoruba is a Niger-Congo language.

Apart from the official language English, the third main language in Nigeria is Igbo with about 18 million speakers. The native language of the Igbo tribe is mainly spoken in the southeast of Nigeria and belongs just as Yoruba to the Niger-Congo language family.

We provide you with a brief dictionary that introduces the most common terms and daily phrases of these three groups and hopefully simplifies the local communication for you. 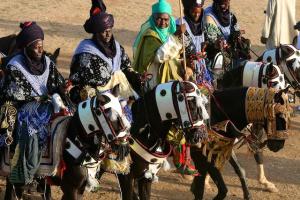 (c) Dr. Klaus Paehler
Emir with his Riders at a Durbar in Kano (Copyright by Klaus Pähler: klauspaehler@gmx.com) 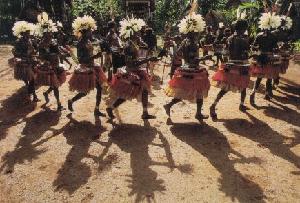 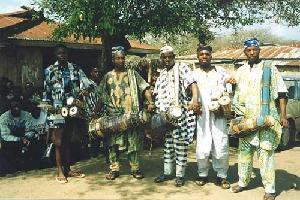 www.agalu.com
Yoruba Men with their Drums