Pragmatic and wary of Change: Icelanders' Views on International Cooperation

What are Icelanders' views on Iceland's partnerships on the global stage? Which global partners would they prefer Iceland to cooperate with more? How do they weight different policy priorities vis-à-vis states like the US, China, and Russia, and how do they value Iceland's current and future relationship with the EU? In this KAS-funded report carried out in cooperation with the Institute of International Affairs at the University of Iceland (IIA), Dr. Silja Bára Ómarsdóttir, Professor of International Affairs at the Faculty of Political Science at the University of Iceland, presents the findings from a public opinion poll carried out by the Social Science Research Institute at the University of Iceland (SSRI) between 16 November to 9 December 2020.
March 23, 2021 Ordering Information

[Author's conclusion from the report.]

While Iceland is heavily entangled in the international system, it is clear that the general public could be better informed about the alliances and institutional arrangements Iceland belongs to. High proportions of our respondents tend to answer neither/nor or don’t know when asked about various changes to international arrangements. A good example is the question of a future relationship with the EU, if the EEA agreement were to be disbanded. Almost equal shares would want to join the EU as would like to have a less comprehensive agreement. This, and other examples from this survey, indicates that foreign policy is not a very salient topic in our respondents’ minds. Nonetheless, we can draw some lessons from their responses, including that the main challenges occupying them are largely domestic in nature, and the main threats perceived are environmental (climate change) and ideological (populism/nationalism). The responses indicate a largely pragmatic view to economic cooperation, not necessarily challenging trading partners on political grounds when it might risk economic interests. This pragmatism also appears in attitudes towards the great powers, although some hesitation appears in the high numbers that would like to cooperate less with both China and the United States.

This short overview provides an insight into the Icelandic people’s attitudes towards security and foreign affairs. It does not address the foreign policy of the state, and while there are some clear indications that the people are aligned with the foreign policy Iceland conducts, there are some nuances that need to be explored. It needs to be taken into consideration that this survey was conducted in quite exceptional times – during the Covid pandemic and at the very end of Trump’s presidential term in the US. By continuing to monitor these attitudes, we hope to gain an improved understanding of these dis-/alignments and how they shape public debates and foreign policy. 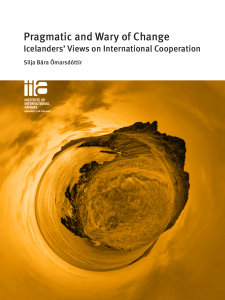 Professor of International Affairs at the Faculty of Political Science at the University of Iceland. 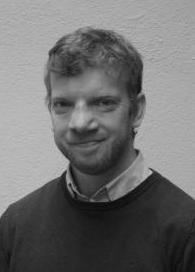