Made in Palestine - Video series

The four-part video series introduces different traditional Palestinian products; from soap production in Nablus and the stone industry in the southern West Bank, to the brewery in Taybeh and the glass and ceramics industry in Hebron. (Videos provided in German and Arabic only)
September 4, 2018 Ordering Information

The videos not only give insight into the traditional production, but show the various economical challenges in Palestine.


Although the World Bank estimates the Palestinian economy to grow at a rate of 2.3% over the next two years, this is barely enough to accomodate the countless youth that press into the labor market. The effects are a decrease in per capita income and growing unemployment. The labor force participation rate for the first quarter of 2018 was estimated at 45%. The unemployment rate reached 18% in the West Bank and 49% in the Gaza Strip. Particularly alarming: every second youth aged 20 to 24 was without work.

The economic challenges are expressed in the relation of GDP to consumption and production. The consumption rate in the Palestinian Territories stood 2016 at 120% of the GDP. On the other side of the equation is a weak manufacturing sector that is severly hampered by the Israeli occupation. Between 1987 and 2014, the GDP share of tradable industrial and agricultural goods dropped from 42% to 18%.

This imbalance translates into a significant trade deficit. During the first quarter of 2018, exports worth $ 273 million were offset by imports worth $ 1,366 million. Since Israel controls the external borders of the Palestinian Authority and trade with other countries is made difficult by the occupation, the exchange of goods takes place predominantly with Israel. During May 2018, 88% of exports went to Israel, while around 56% of imports originated in Israel. 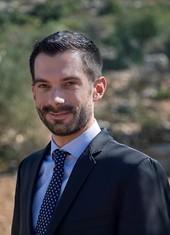 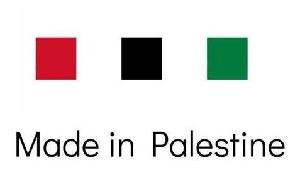 Made in Palestine Logo