On the international conference "Legal Aspects of the European Mediterranean Integration", leading Palestinian lawyers, economists and politicians discussed different aspects of the economic interdependence of the Palestinian Autonomous Territories with the European Union (EU). The conference was conducted by the Institute of Law and Public Administration of the University of Birzeit and the regional program Middle East / Mediterranean of Konrad Adenauer Foundation.

During a short introduction, Dr Ali Jarbawi, the Dean of the Faculty of Law and Public Administration, Farid Jalad, the Palestinian Minister of Justice and Thomas Birringer, the Resident Representative of Konrad Adenauer Foundation to the Autonomous Territories Palestine, stressed the great significance of the relations of the Palestinian territories to the EU.

The economic and legal aspects of the cooperation arranged between the PA and the EU made the subject of the first part of the conference. Dr Saad Bamyeh from the Palestinian Ministry of Economy stressed that the economic cooperation with Europe was not only about financial support, but that the aspect of partnership was the major focus. Dr Azmi Shuabi, head of the NGO "Coalition for Accountability and Integrity (AMAN)" and former member of the legislative council, spoke on the establishment of Palestinian institutions in the post-Oslo years. All participants underlined the solid and firm position of Europe in the region, but expressed their regret as to the impairment of numerous institutions created in close cooperation with the EU in consequence of the conflict with Israel.

As the conference continued, experts spoke on the effects of this partnership agreement for the Palestinian economic system. Besides other issues, they discussed aspects of its legal framework such as the PA’s obligations regarding trademark, copyright and the laws of competition and of acquisition. The speakers demanded a full-scale implementation of the laws of competition inside the Autonomous Territories.

"On the Road to Economic Integration with the European Union: Palestine’s Legal Requirements", a new study by Dr Samer Fares, the head of the department of law of the institute of law and public administration, was presented during the conference. 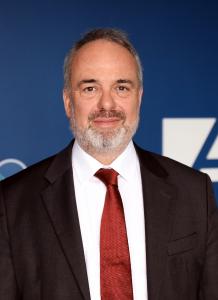