by Malak Mansour
On September 16, the Palestinian Center for Policy and Survey Research (PSR) presented the findings of the 73 joint Public Opinion Poll carried out in cooperation with the Konrad-Adenauer-Stiftung Palestine during a press conference at our office in Ramallah.
September 17, 2019 Ordering Information 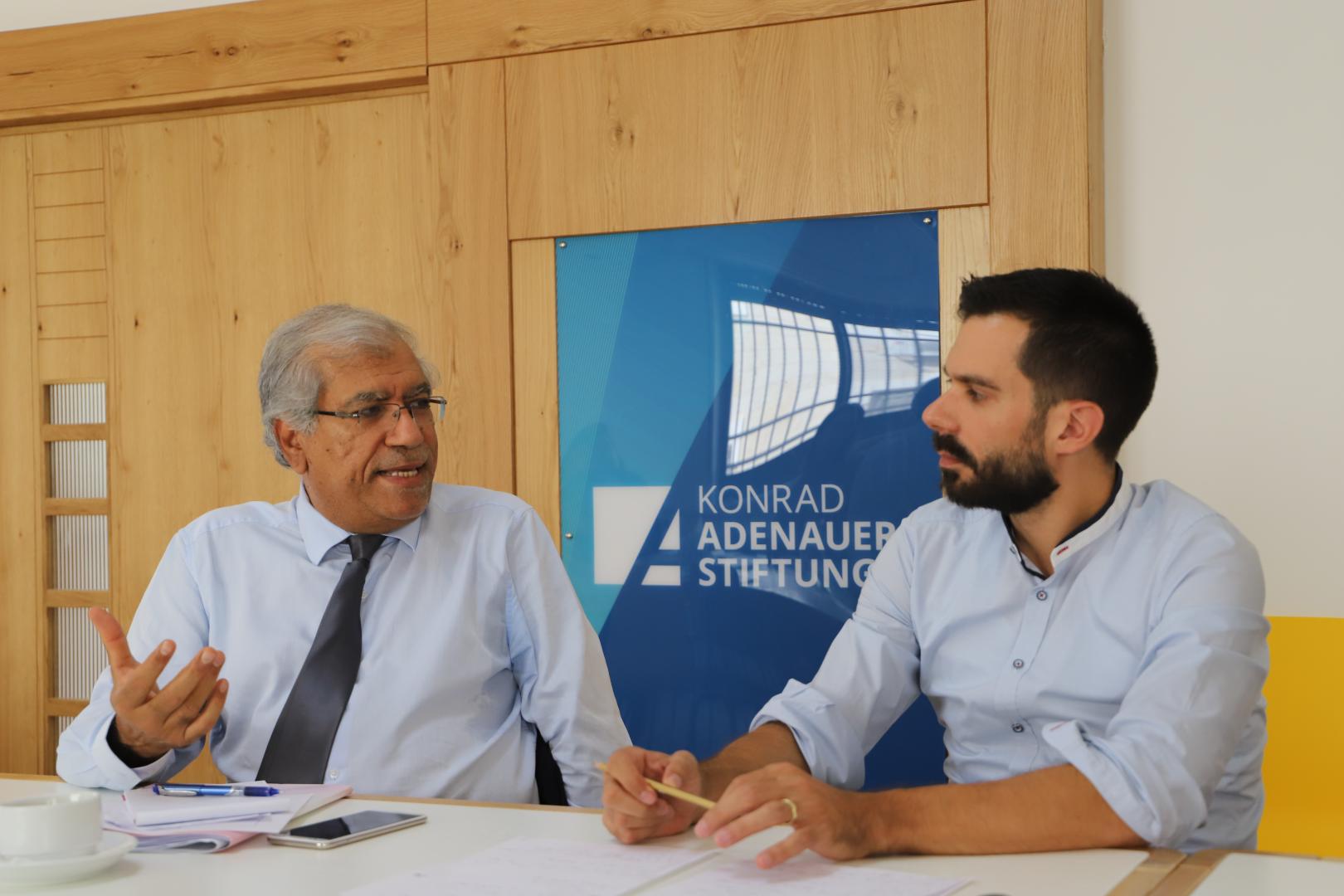 Dr. Khalil Shikaki explains the political division between Gaza and the West Bank
Dr. Khalil Shikaki, director of the Palestinian Center for Policy and Survey Research (PSR) together with Marc Frings, Konrad-Adenauer-Stiftung Palestine Director, presented the most important results of the 73th public opinion poll.

The poll revealed that the majority of Palestinians are not satisfied with the PA or Palestinian factions’ reaction towards the Israeli demolition of homes in Wadi al Hommos. It also showed that 78% think that Abbas’ subsequent response to suspend the implementation of agreements with Israel is not serious. Notably, 61% of those who answered the survey said they want President Mahmoud Abbas to resign.

Furthermore, the poll’s results indicated a decline in support for the two-state solution and increasing support for armed attacks. Meanwhile, the overwhelming majority completely rejected the US “deal of the century” with more than 80% of those surveyed believing it will not end the occupation.

On domestic issues, the poll indicated that the majority views “honor killing” as a heinous crime, and more than 63% believe that the Palestinian judiciary is corrupt.

The survey was conducted in the West Bank and the Gaza Strip between 11-14 September 2019. The period of the collection of data witnessed several developments including the presidential termination of the work of the Supreme Judicial Council’s followed by the formation of a transitional one. Furthermore, a presidential statement was issued which demanded that all former ministers who illegally received salary ought to return these funds. Lastly, a widespread internal debate over “honor killing” in consideration of a woman’s death in Bethlehem under suspicious circumstances gained widespread internal as well as international attention. 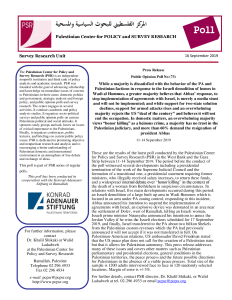