by Malak Mansour
The Konrad-Adenauer-Stiftung Palestine office hosted a group of German KAS and Ernst Ludwig Ehrlich Studienwerk (ELES) scholarship holders in the city of Ramallah to offer them a closer look into the Palestinian society and meet with experts to learn more about local politics, economy, human rights and everyday life.
September 27, 2019 Ordering Information

On Tuesday, KAS Resident Representative in Ramallah Marc Frings welcomed the delegation in Jerusalem and delivered a political briefing on the current situation. Throughout the following day, the scholarship holders who come from German and international universities were introduced to the Palestinian-German relations, economy’s relevance and current status in the West Bank, the Gaza Strip and East Jerusalem, as well as the online and offline status of human rights. 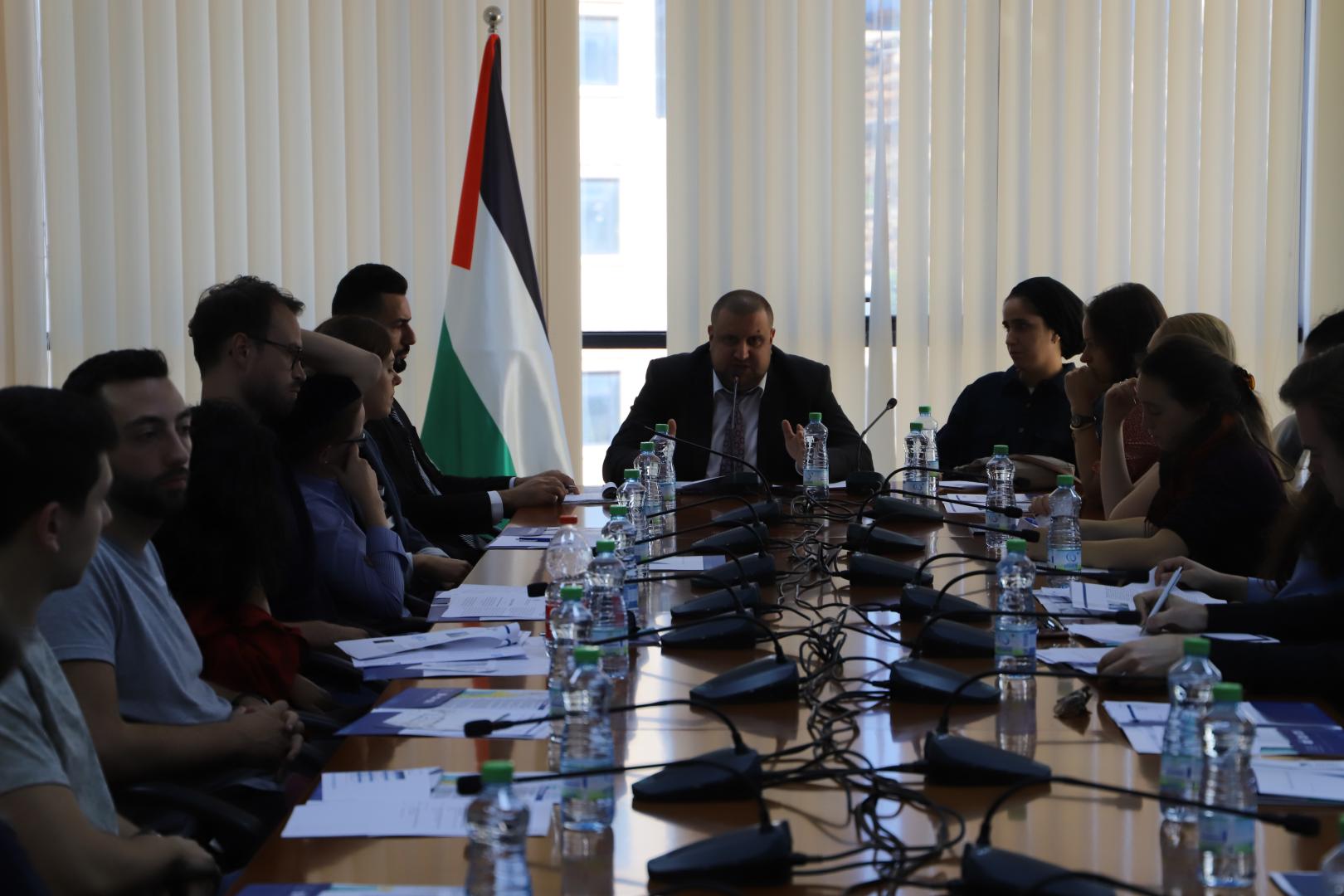 Ihab Tari talking to the delegation
On Wednesday morning, the delegation visited the Palestinian Ministry of Foreign Affairs and Expatriates to attend a briefing given by the director of the Western Europe Department Ihab Tari. He emphasized Germany’s importance as the biggest provider of development aid and a reliable supporter of the two-state solution. Tari highlighted the frank and open discussions between the two countries despite mutual criticism. Moreover, he offered the delegation a political overview and underlined Palestinians willingness to revive the peace process. 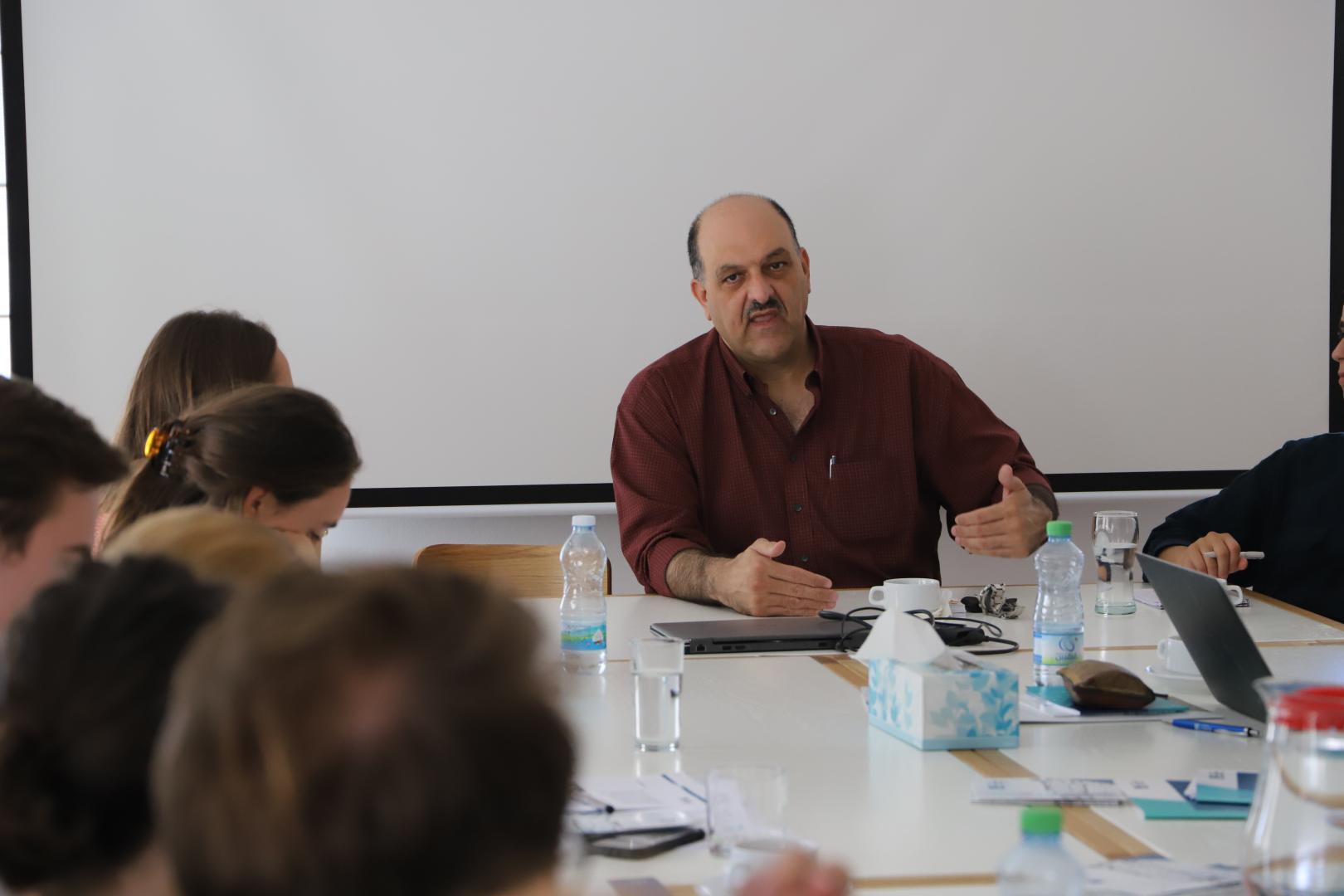 Sam Bahour discussing with the group
Later, the KAS team welcomed the delegation to its Ramallah office, where the group met with Sam Bahour. The expert and businessman introduced the group into the economic side of the Palestinian reality while providing a basic understanding for the legal conditions. The delegation was highly interested in Bahour’s presentation and challenged him with a wide array of questions, paving the way for a lively debate. 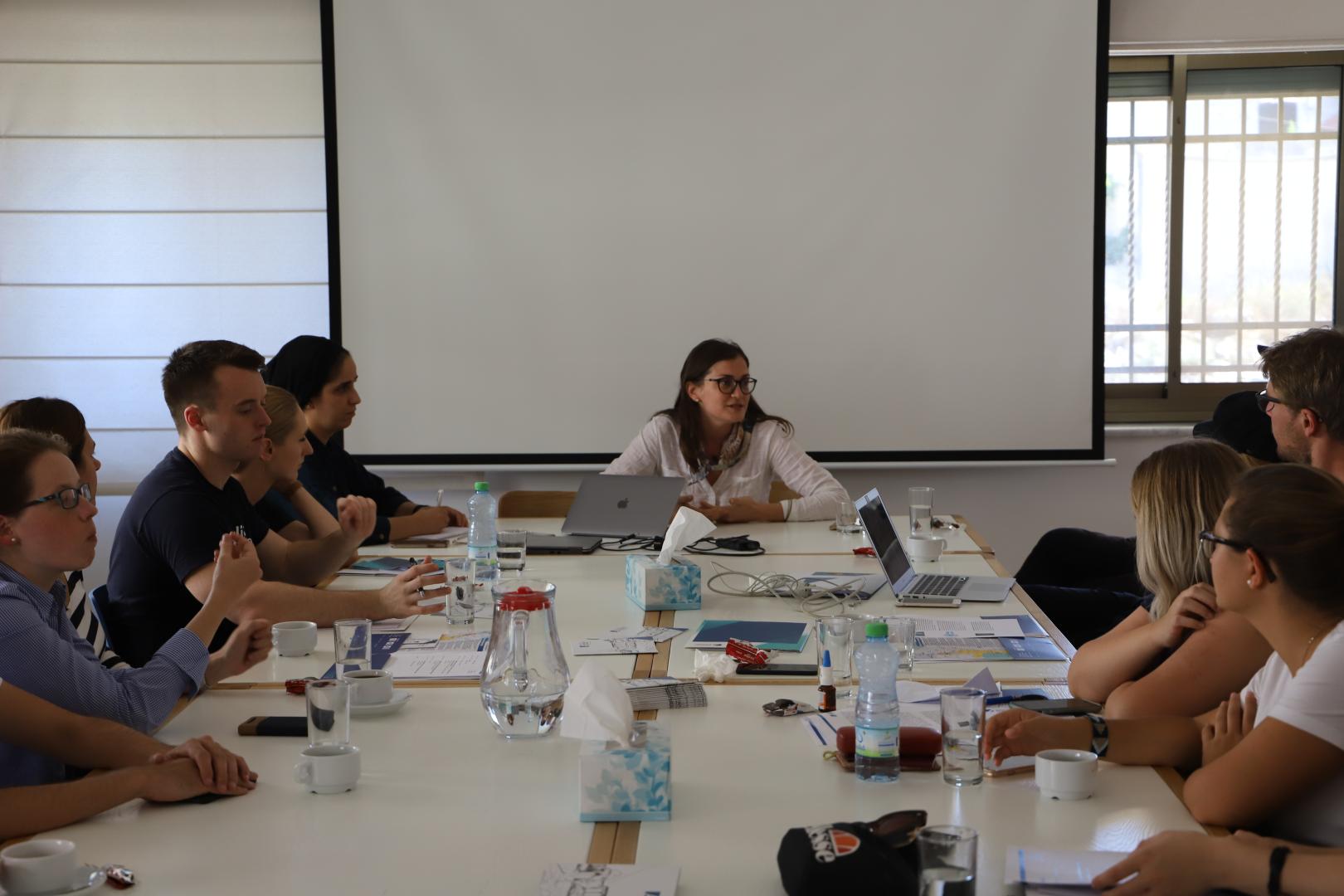 Alison Carmel debating with the delegation
In the afternoon, Alison Carmel from our partner 7amleh, the Arab Center for Social Media Advancements, joined the delegation to debate the status of human rights in the Palestinian Territories. Focusing on the online sphere, she informed the students about self-censorship and the lack of technological development in Gaza and the West Bank due to the status-quo and military occupation and blockade. Moreover, she argued that Facebook, Google Maps and other applications pose a challenge to the promotion of Palestinians human rights and thereby provided the basis for another controversial discussion with our guests. 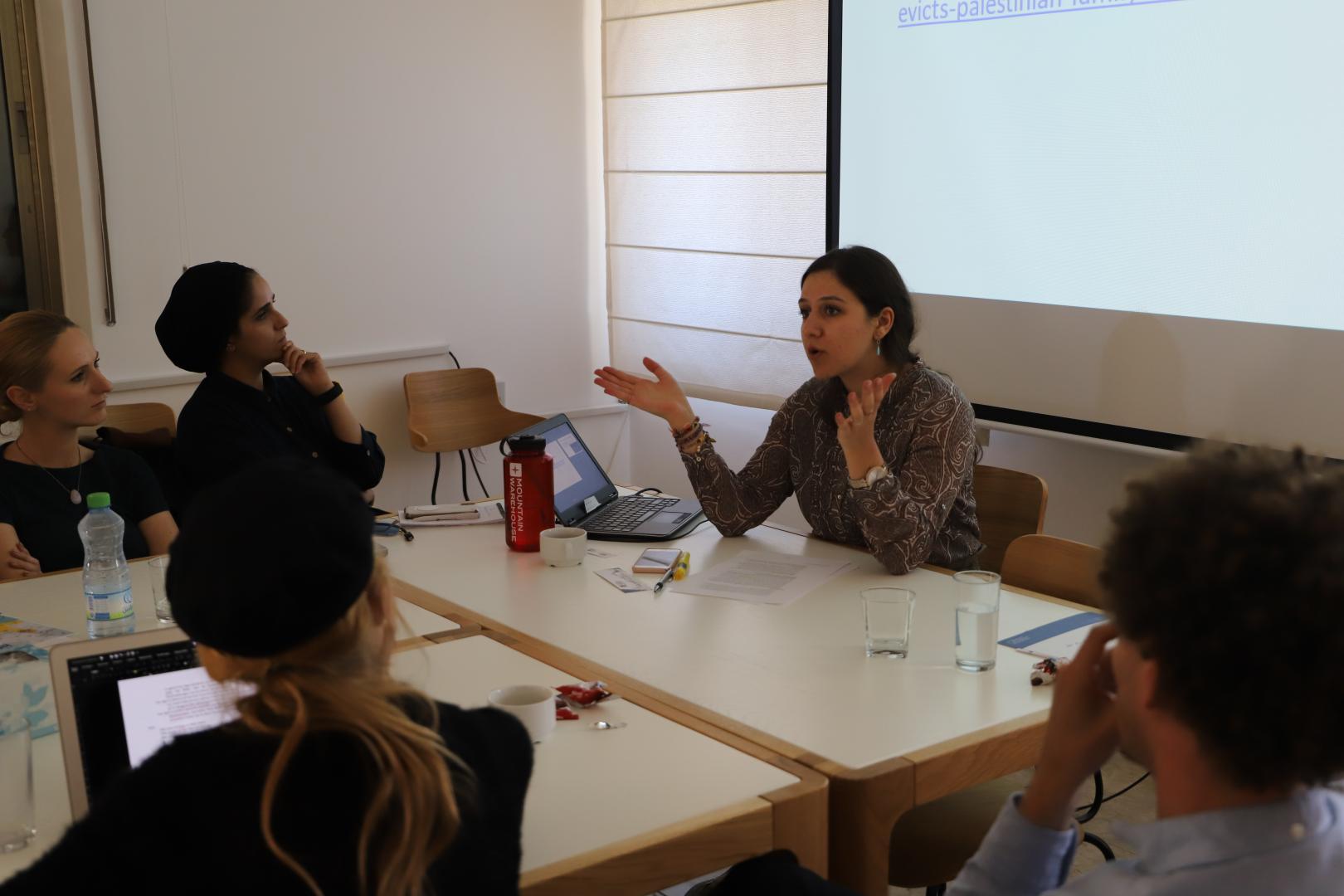 Haya Omari talking to the students
The group finally met with Haya Omari from the Junior Palestinian Legal Experts Network (JPLE) who complemented the previous presentation by introducing the human rights situation on the ground. By providing the audience with examples, she claimed that the Palestinian people face several human rights violations when it comes to freedom of movement, the right to a fair trial, the right to self-determination and the right to liberty and security. In the end, the postgraduate student of Public International Law at Leiden University gave insights into her personal experience growing up under occupation in the Jerusalem area.