Local elections in the West Bank 2012 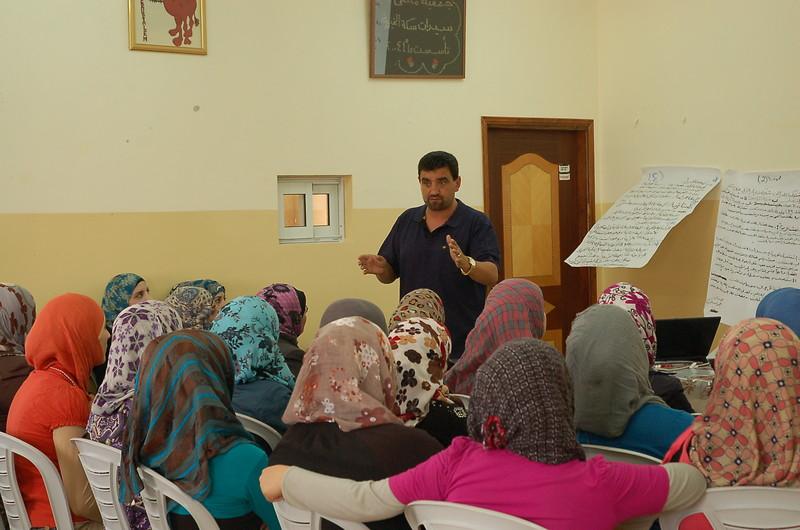 With regard to the upcoming elections in the West Bank on October 20th, the Konrad-Adenauer-Stiftung, in cooperation with the Institute for Community Partnership (ICP) of Bethlehem University, organized a series of workshops. During the two-day trainings, which were offered in six different communities in the Hebron district to a total of 150 participants, women from remote areas were given the opportunity to increase their knowledge about the participation in and the conduction of elections, as well as the importance of the democratic election process in general.

Eventually, the goal of the training was to explain and mutually clarify the underlying structures of democracy, as pointed out by Muhammad Awad, the director of the workshop and lecturer at Bethlehem University. According to him, this includes especially the recognition of the importance of political and electoral participation; in particular with regard to strengthening women's rights.

One of the essential topics of the workshop was to review the development of women's active turnout. Although the deployment of female electoral candidates in past election years has to be interpreted ambivalently; for the first time in the history of Palestinian elections, an all-female list is currently up for election in Hebron. Furthermore, regarding the passive turnout, a gradual increase in female electorate is visible. However, overall, the female population´s active and passive turnout is still lower than the male population´s.

The subsequent discussion focussed especially on the anti-proportional political representation of women. In this respect, more practical questions regarding key challenges for women in village councils and how to overcome them have been debated.

Given the generally still quite low electoral participation, especially of women, the workshop ultimately contained a political message: Only those who cast their vote, can make a difference!