The Emigration of Christians from Palestine - Foundation Office Palestinian Territories

The Emigration of Christians from Palestine

Presentation of the findings of a joint study between the KAS Country Office Palestinian Territories and the Dar al-Kalima University College in Bethlehem
November 25, 2017 Ordering Information 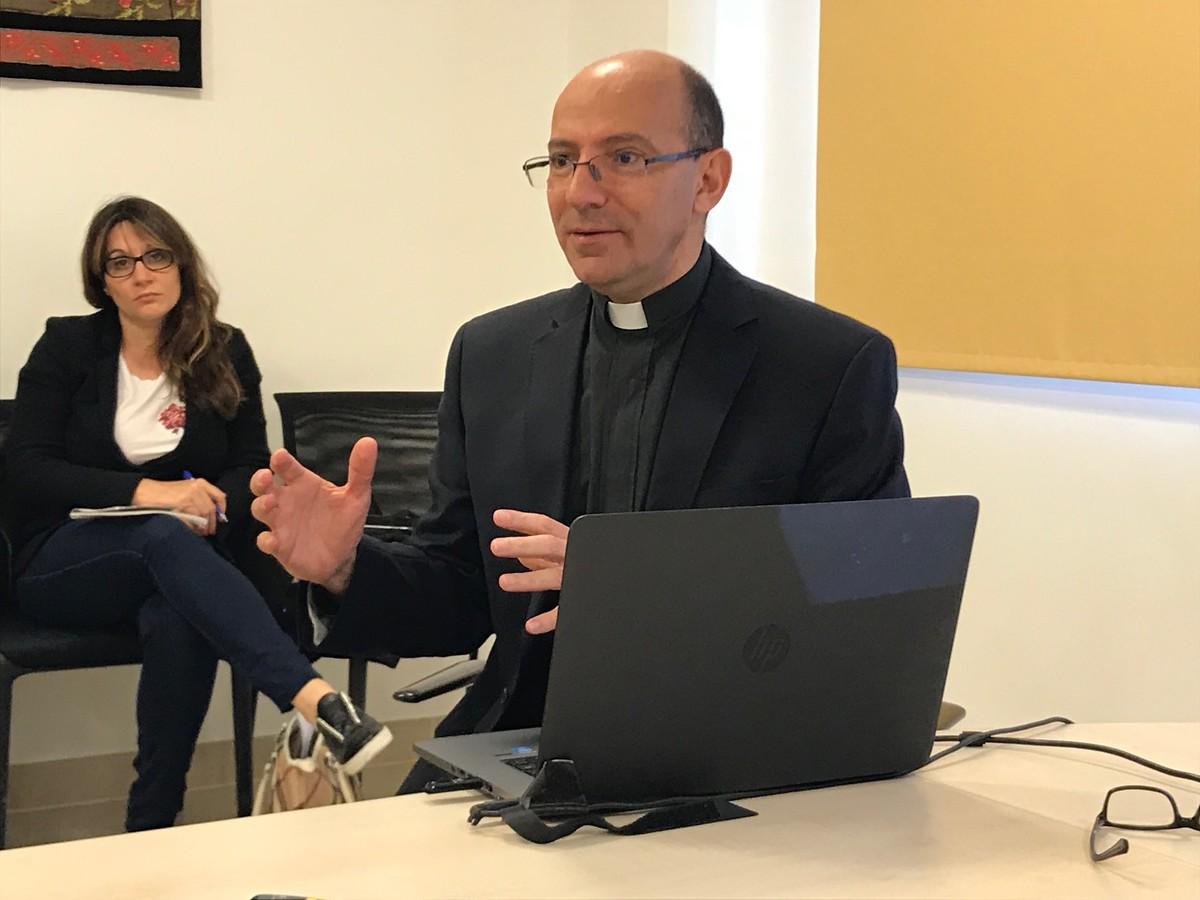 Diyar and the Konrad-Adenauer-Stiftung in the Palestinian Territories presented the preliminary findings of a joint study on reasons for Muslim and Christian emigration from Palestine on 24 November 2017 during a press conference.

Dr. Mitri Raheb, President of the Dar al-Kalima University College of Arts and Culture, highlighted five waves of migration that took place in the last 100 years during which Palestinian Christians left their homeland. The census conducted in 2007 by the Palestinian Authority shows that there are not more than 50.000 Christians left in the West Bank, the Gaza Strip and East Jerusalem. While the absolute numbers of Christians in Israel and Palestine are increasing, their total percentage within the population in both countries is decreasing.

Issa Kassissieh, Palestinian ambassador to the Vatican and Deputy Head of the PLO's Negotiations Affairs Department, noted that the political leadership is very much concerned about Christian emigration from Palestine. He emphasized at the same time that emigration has to be seen within the context of the Israeli military occupation of the Palestinian Territories. In order to stop emigration and preserve a Christian presence in Palestine, the living conditions must be improved and first and foremost step would be to end the occupation.

Varsen Aghabekian und Jamil Rabah (NEC) presented the findings of a study that had been conducted during the year in the Palestinian Territories. The most important findings were (selection):

In the light of these empirical findings, Marc Frings, Country Director of the Konrad-Adenauer-Stiftung in the Palestinian Territories, noted that the life Christians in Palestine live is necessarily incoherent. This can be seen not only in their overwhelming with to emigrate but also in their retreat from public life. Christians increasingly became aware of their role as a minority as well.

The study also showed that Christians first and foremost identified as Palestinians that are suffering from the same military occupation as their Muslim fellow countrymen. It was also apparent that religion and emotions are increasingly dominating the public discourse.

Marc Frings highlighted as well that the situation of the Christians in Palestine are facing very different challenges compared to the Christians in Israel, where Palestinian Christians are even a minority within the overall Christian population that is dominated by immigrants from Russia, Africa and Asia.

The Emigration of Christians from Palestine