by Peter Hefele
The production and storage of renewable energies is crucial to achieve low-carbon societies. The KAS regional project energy security and climate change (RECAP) and Messe Düsseldorf co-organised the Energy Storage Summit 2015 Japan to discuss the current and future contribution of energy storage systems (ESS) to the energy transformation in Germany, Japan and the United States. In the Energy Storage Summit in Tokyo on 11-12 November 2015, the political framework and business models of future energy storage solutions in Europe and Asia were discussed.
November 12, 2015 Ordering Information 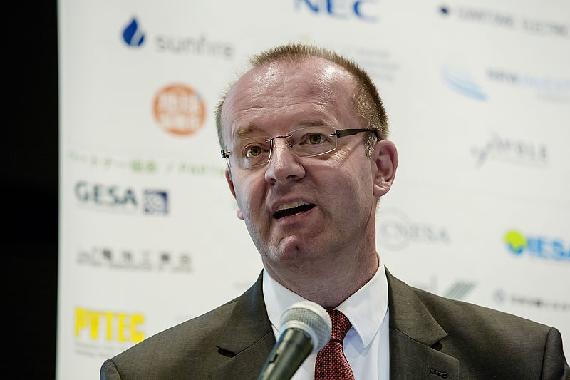 Messe Düsseldorf Japan
Dr. Peter Hefele, director of RECAP, inaugurated the conference with insights into the German energy transition and the work of RECAP. 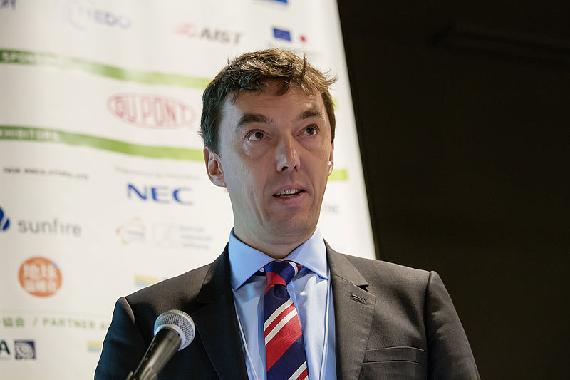 Messe Düsseldorf Japan
Urban Windelen, executive director of the German Energy Storage Association was invited by RECAP. He spoke about the development and application of energy storage technology in Germany. 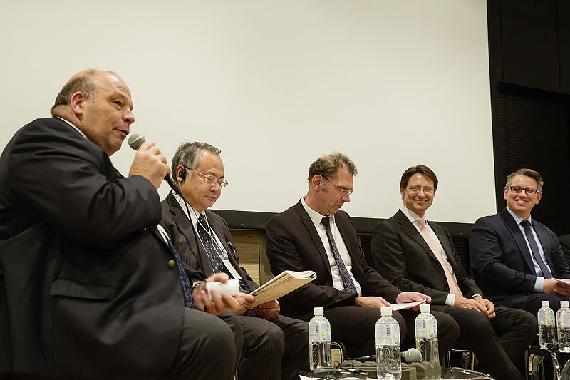 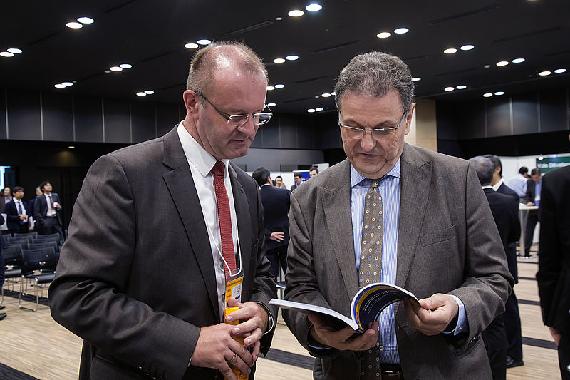 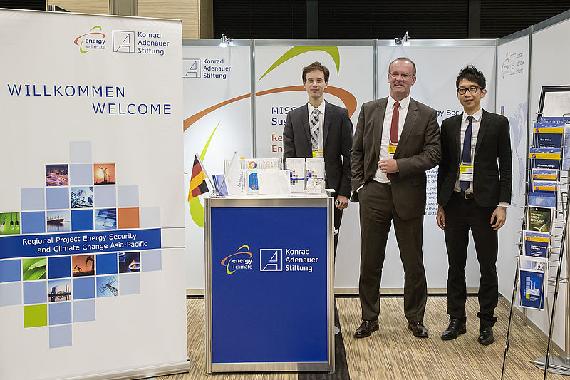 Messe Düsseldorf Japan
RECAP was present with an own booth at the fair which was affiliated with the conference. 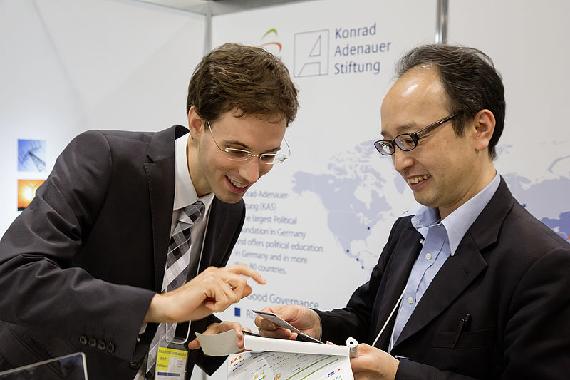 Messe Düsseldorf Japan
Numerous representatives of Asian and European organisations and companies seized the opportunity to visit the booth and learn more about the RECAP.

In 2014, Germany has produced around 26 percent of its primary energy demand by renewables (RE), aiming at 80 percent in 2050. Japan will increase its share of renewables to 27 percent in 2025.

Photovoltaic (PV) and wind power are already the major sources of RE. But in comparison to hydro power or biomass, they are very volatile; and supply and demand over the day and between seasons do unfortunately not match very well. Advanced and scalable energy storage systems are the missing link to provide a stable energy supply, affordable prices and increased resilience and independence of energy systems.

Much progress in the field of storage systems has been made in recent years, mainly in electric storage. But power to gas and combustion cell are promising options, too.

In a comparative approach, renowned speakers from Japan, Germany and the United States showed different technological solutions, economic incentive schemes and legal framework concepts. The countries face similar challenges in creating efficient regulatory frameworks and financial incentives, namely fed-in-tariffs. But despite these obstacles, it became clear that we might expect dramatic breakthroughs in the next five years both in efficient ESS technologies and scale of instalments. There was consent that ESS is the bottleneck of successful energy transformation and reduction of greenhouses emissions.

An exhibition by Japanese and German companies created a platform for exploring business options and research cooperation between these leading nations.

In a parallel event by VDE Institute, the complex issues of finding economically viable and efficient ways of financing the massive investments into RE and ESS were discussed. The speakers and discussants unanimously agreed that further improvements in the legal and administrative procedures have to be made to provide a stable environment for private investment, both from the local as well as from the international financial system. Varying subsidy schemes, huge time gaps between permission and final construction of projects and a lack of product quality make institutional investors still reluctant to invest more into RE markets including ESS.

A more detailed report on ESSJ Japan 2015 can be found on: https://essj.messe-dus.co.jp/en/energy-storage-summit-japan/.