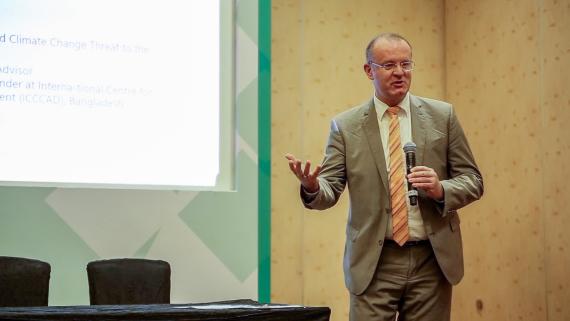 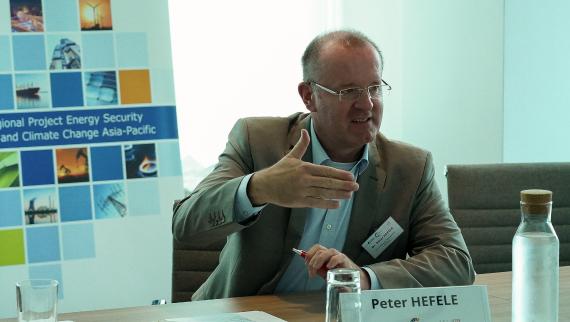 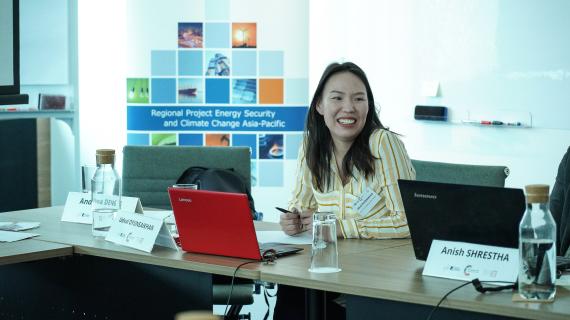 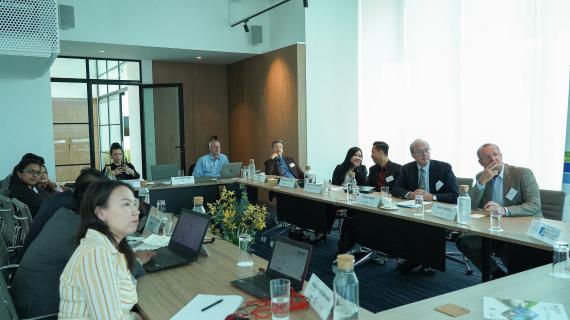 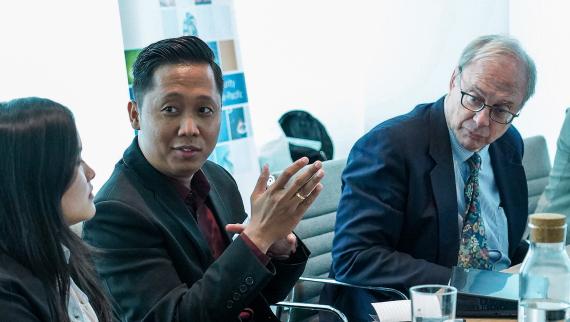 The final workshop of this project took place in Singapore on 22 – 23 January 2019, jointly organized by KAS-RECAP and Hong Kong America Center (HKAC).

On 22nd January Dr. Peter Hefele, Director of KAS RECAP Hong Kong, inaugurated with opening remarks regarding the importance of SDGs in the Asia-Pacific region. Afterwards, Glenn Shive and Brandt Knutzen, freelance expert on multimedia learning, gave a review about of the SDG Asia Project. Subsequently, D J Clark did a presentation (Mash Up) of a five teams films, which generated a panel discussion and feedback regarding the videos. Those videos had the content of the actual situation of some countries of the region demonstrating how youth from five Asian countries contribute to the SDGs, namely: India, Pakistan, Nepal, Indonesia and Mongolia.

Later, in the audience it was generated a debate, where they demonstrated their concern to the potential for development and the importance of the local communities to this end. For example, one of the participants from Pakistan raised that electricity is a very big problem in Pakistan, concluding with the question what can we add as a value to solve this issue? The answer was on direction of cooperation. As well as one of the participants from Mongolia showed her concerns about the controversial issues regarding public space.

Afterwards, there was a Panel Discussion on Social Media, Civil Society and Activism in Asia moderated by Glenn Shive, followed by D J Clark, Andrea Deng and Brandt Knutzen. D J Clark highlighted that is very important to have visuals to put on social media and video is one of the media that attracts the most audience. Where Andrea Deng agreed with this statement, adding some more alternatives than video to attract audience because she knows there is a lot of NGOs that does not have the capacity to create a 3 minutes video.

On the 23rd January, all the participants went to the “Third Asia Pacific Forum of Ministers and Environment Authorities Major Groups and Stakeholders” Forum organized jointly with UNEP and Ministries of Environment and Water Resources.

During the Open Forum the talk was focused on different topics, in the opening plenary was addressed the improvement of sustainability in civil society that are demanding development justice. As well as People’s Innovative Solutions to Environmental Challenges in Asia-Pacific where the main problems are: water pollution, deforestation, waste, climate change, air pollution and land degradation. As a solution was addressed mobile apps, solar farms, hydroelectricity, and innovative solutions in general, they highlighted that it is not only technology that matters but innovation. Because supporting people’s innovation is a way of promoting their believes. Likewise, it was encouraged the woman participation in the communities to increase the knowledge of the communities for solutions.

Next, we attend to the Parallel Workshop: “Geo for Youth” (Asia and the Pacific) where it was shown the GEO-6 for Youth Gender and Climate Change for the Asia and the Pacific was published in 2016. On that workshop was exposed that one of the main problems that Asia Pacific is facing is the access to water that is done by young people, to help their families. According with one of the panelist, Manju Muraleedharan, as a closing remark, she raised that regarding to education of the Youths in Asia Pacific is fundamental to teach them “think globally and act locally”.

Last but not least, occurred the Youth Response to Environmental Challenges (YFEED) Workshop, with welcome remarks by Dr. Peter Hefele, Director of KAS RECAP Hong Kong, followed by a short video presentation on Sustainable Asia, that was basically a an introduction video of this project. Afterwards, took place a Panel Discussion with the main objective of share experiences of best practices, as well as bringing innovative solutions from youths to environmental challenges. The closing remarks from Glenn Shive Director of Hong Kong America Center (HKAC) showed his aim to support the empowerment of youths saying that: “Youth has to be major stakeholders in the environment discussion”.

For more information regarding to SDG in Asia please see the following link: https://www.facebook.com/KAS.RECAP/videos/2319514634961403/