Basra is the second biggest city in Iraq, holds a majority of Iraqi crude oil reserves and is known as the gate to Iraq due to its maritime ports. At the same time, Basra and the south of Iraq are suffering from low economic growth rates and poverty. On October 8 and 9, the KAS Regional Programme for Energy Security and Climate Change in the Middle East and North Africa, the KAS Syria/Iraq office and the Arab Gulf Research Center of the University of Basra held a conference about the opportunities and obstacles for sustainable economic growth in the province.
October 16, 2017 Ordering Information

The conference included six different panels and brought together Iraqi and international experts and decision-makers. It was opened by Daniela Diegelmann, head of the Regional Programme for Energy Security and Climate Change in the Middle East and North Africa, Nils Wörmer, head of the Syria/Iraq office, and Dergham al-Ajwadi, second deputy governor of Basra. The first panel then discussed the economic potential that Basra has due to its locational advantage. The second panel dealt with Basra’s crude oil reserves, while the first conference day was concluded with a panel about Basra’s financial resources. Day two of the conference focused on strategies for the diversification of the province’s economy, which so far has been relying mainly on the export of crude oil; obstacles concerning environmental pollution; and opportunities of foreign investments.

The participants highlighted that it is crucial to strengthen the private sector in Basra, as well as in other parts of Iraq. They suggested that the income generated from crude oil exports should be used to diversify the economy and to develop the private economy in Basra. Additionally, Basra should regain its attraction as a tourist destination, which however requires a stronger focus on environmental protection in the region. Overall, it was argued that Basra has a great economic potential, due to its geographical location and stable security situation.

This conference was the first KAS event held in Basra and was part of a series of events on sustainable reform of the Iraqi economy that the foundation supports. In September, a conference was organized in cooperation with al-Bayan Center for Planning and Studies in Baghdad, which also addressed economic development in Iraq. 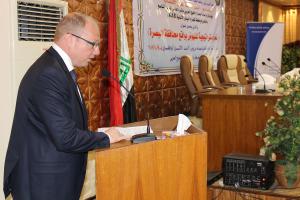 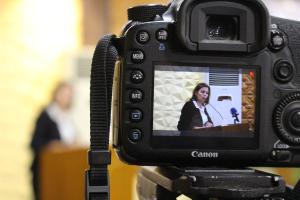 Daniela Diegelmann, head of the KAS Regional Programme for Energy Security and Climate Change in the Middle East and North Africa, 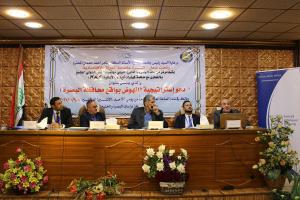 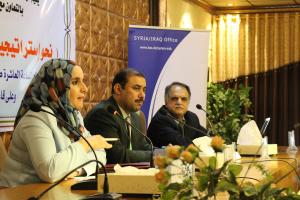 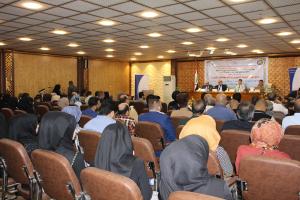 The conference attracted a large audience