“Economic Justice for the Next Generation”

The conference will focus on the economic participation of young South Africans, and the challenges they face in accessing education and entering the labour market.
August 16, 2012 8h00-17h00 Clock

ECONOMIC JUSTICE FOR THE NEXT GENERATION

The aim of the conference on Economic Justice for the Next Generation was to focus on the position of young South Africans in the economy and to reveal the challenges they face concerning their prospects in the labour market. The three main subjects addressed during the conference were education and skills, youth unemployment and their situation in the labour market and youth participation and mobilisation.

Jan Hofmeyr, Programme Manager at the Institute for Justice and Reconciliation (IJR) opened the discussion with the question whether South Africa is setting building blocks for the next generation or not.

The first panel, consisting of Mr. Khulekani Mathe, Senior Policy Analyst at the National Planning Commission (NPC), Prof. Shireen Motala from the Research and Innovation Division at the University of Johannesburg (UJ) and Mr. Doron Isaacs, Deputy General Secretary of Equal Education (EE), concentrated on the topic "education and skills".

Mr. Mathe portrayed the failure of the education system in South Africa by comparing the learning standards in different schools. He argues that the exclusion of millions of young people from the labour market can only be fixed in the long term through an early foundation of basic education.

Prof. Motala mentioned the importance of education and skills for national development and for being able to compete globally. To achieve this goal, the focus has to be on rethinking the higher education system, the conceptualization of post-schooling programmes and on a better understanding between economy and education.

Setting the main focus on actual equalisation of school funding, Mr. Doron used the levels of numeracy and literacy of Grade 6 scholars as an example to illustrate the existing inequalities. He criticised the poor training of teachers and failures in textbook distribution and stressed the necessity to upgrading schools in order to create unity and equal opportunities in the long term.

Youth and the Labour Market

Ms. Moleke portrayed the difficult transition process for young people from education to work, emphasising the need for a better and divergent understanding of this transition. A decline in the low skill sector and simultaneous growth in the intensive skill sector leaves a lack of skilled people. According to her, the message to the youth shouldn’t be: ‘We are not preparing you’.

Mr. Mabuza wanted to ‘unpack the challenge’ in his speech. He argued that instead of concentrating on the symptoms, the causes and effects need to be addressed. He pointed out that South Africa creates an education system which is not preparing the youth for the labour market and urged to come up with creative ideas regarding subsidising.

Mr. Hassen raised the following question: Will a young and unemployed person be employed when he gets older? He is in favour of intervention programmes, which should encourage the youth to take further steps.

During the discussion the importance of NGOs, especially their active role in assisting the government, and the need to break into the generational poverty was brought up.

Mr. Pillay shared his opinion of wage subsidies being an inadequate respond to structural unemployment. He favours a medium term plan, concentrating on Cooperative Development amongst other aspects, and an additional sustainable long term plan until 2050. The most important thing for him is to overcome the ‘short term symptom’ to address the crisis.

Mr. Maimane focused mainly on the importance of access to land as a basic necessity for opportunities in the labour market. According to him we need to motivate and inspire the youth. Therefore the education system has to be transformed.

Mr. Vuyo Roji from the ANCYL focused on the necessity of economic justice, which he sees as an obligation. ‘Economic Freedom’ should not be seen isolated from social progress, according to Mr. Roji.

The following discussion was mainly about the problematic position that youth wings of political parties often find themselves in because the "Mother-Parties" do not take them seriously. At the same time the concern was raised that the Youth is a changing and heterogeneous group and that any approach therefore has to take this into account: There cannot be one solution that fits all. 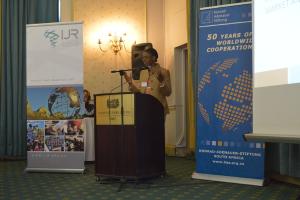 KAS
“Economic Justice for the Next Generation” 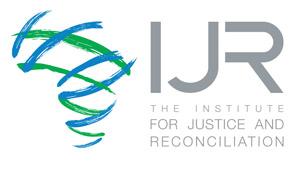