Lessons learnt from the German Energiewende

This briefing focuses on the lessons learnt from the German Energiewende,the transition by Germany to a low-carbon, environmentally sound, reliable and affordable energy supply and how those lessons could inform South Africa's own transition.
July 17, 2017 12h00-14h00 Clock

The German Think Tank Agora provided detailed and precise input on power system transformation in form of graphs and statistics to compare the current successes and challenges in Germany and South Africa on that matter.

At the moment, Germany gradually switches from fossil/nuclear to renewable energies. Until 2022, all nuclear power plants are supposed to be shut down. The first “Energiewende“ policies started decades ago and ever since then the country aimed for the ideal long-term electricity mix mainly focusing on solar and wind energy. The power system and the markets have to cope with seasonal fluctuations regarding production but since power failure is not an option in Germany, diversifying the electricity mix is a must in order to remain flexible. As a result, the electricity system is characterized by a high system stability.

However, government, politicians and civil society ignored that coal-burning power plants also contribute significantly to the extraction of power and provide jobs for a great majority of the population in Eastern Germany and the Ruhrgebiet in Western Germany. The area around Lausnitz, however, does face the challenge of creating new industries because coal mining companies dominated job markets.

Since many employees will retire in the next decade anyway and the unemployment rate is below four percent, neither the individual nor the economy would suffer severe negative consequences from the shut down of the coal power plants. In fact, civil society supports the power system transforma¬tion because coal is a limited resource, climate change a pressing issue and many citizens used their savings to invest in the renewable energy development.

Regarding costs, the annual bill in Germany is 23 Billion Euros. Energy intensive industries, however, are largely exempt from taxes to safeguard their competitiveness. This means, that it is the households that carry the burden of the expenses for the energy transition. Germany has been accused for illegally subsidizing its industry but up until now, no trial has imposed fees. The integration costs, meaning costs that arise from switching to renewable energies, are highly disputed but overall merely have any relevance.

Taking long-term effects into consideration, renewable energies are not only more

cost-effective than nuclear or coal-burning plants but also reduce the CO2-emissions and create new job opportunities for the younger generation.

Although up until now the “Energiewende“ has been a success, one should not disregard the fact that the measures implemented in Germany cannot simply be transferred one on one to South Africa. As an Emerging Market, South Africa faces high unemployment that would only worsen if jobs in the coal mining industry were to be taken away. Furthermore, the lack of technological advance presents a major challenge in transforming the energy industry and as the economy finds itself unstable these days, the population would not support a tax increase. Nevertheless, the South African sun is a valuable resource in the solar energy industry and the vast amount of land that is available but unused at the moment presents great potential.

For further media coverage please have a look on the right hand side „On Topic“ as well as the following links: 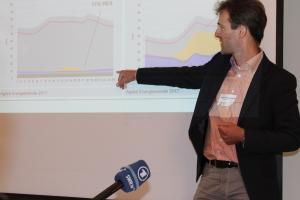 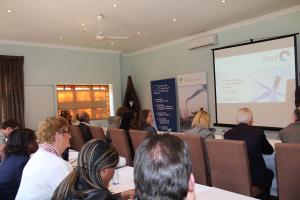 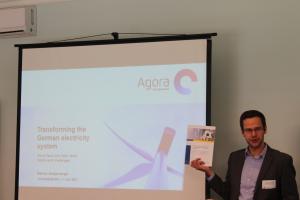 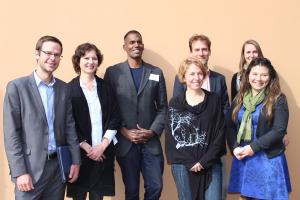 Representatives of KAS South Africa and the Centre for Environmental Rights 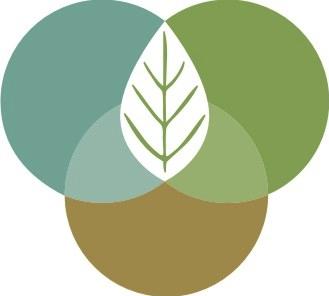