This networking breakfast, hosted by the South African Ubuntu Foundation in cooperation with KAS focuses on Noseweek, the South African investigate magazine founded by Martin Welz, back then and today, on the occasion of its 25th anniversary.
August 17, 2018 8:00am for 8:15am-10:00am Clock

Martin Welz is a South African investigative journalist, copywriter and editor of Noseweek. He is the former head of the Sunday Times' Pretoria Bureau and former Parliamentary Correspondent for the Sunday Express. Moreover, before launching Noseweek, he has been editor of the investigative magazine Nose, which aimed at revealing news "you were not supposed to be told". Mr Welz received many awards for his accomplishments in journalism, such as the Checkers Award for Consumer Journalism, the Stellenbosch Farmers' Winery Award for Enterprising Journalism and the Mondi Premier Award for Business Journalism. During the networking breakfast, he will reflect on Noseweek back then and today, as well as the magazine's challenges in the future. 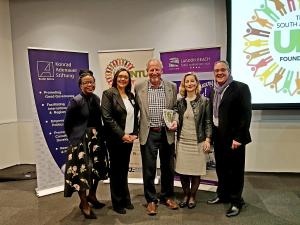