On the 9th October 2018, the 12th annual Dullah Omar Memorial Lecture took place at the University of Western Cape (UWC). Naledi Pandor, Minister of Higher Education and Training, was the guest speaker of this year’s lecture and focused her speech on the topic: “Entrenching a Human Rights Culture in South Africa – Problems, Prospects and Successes”. The event was hosted by the Dullah Omar Institute (DOI) at UWC in cooperation with the Konrad-Adenauer-Stiftung (KAS).
October 10, 2018 Ordering Information 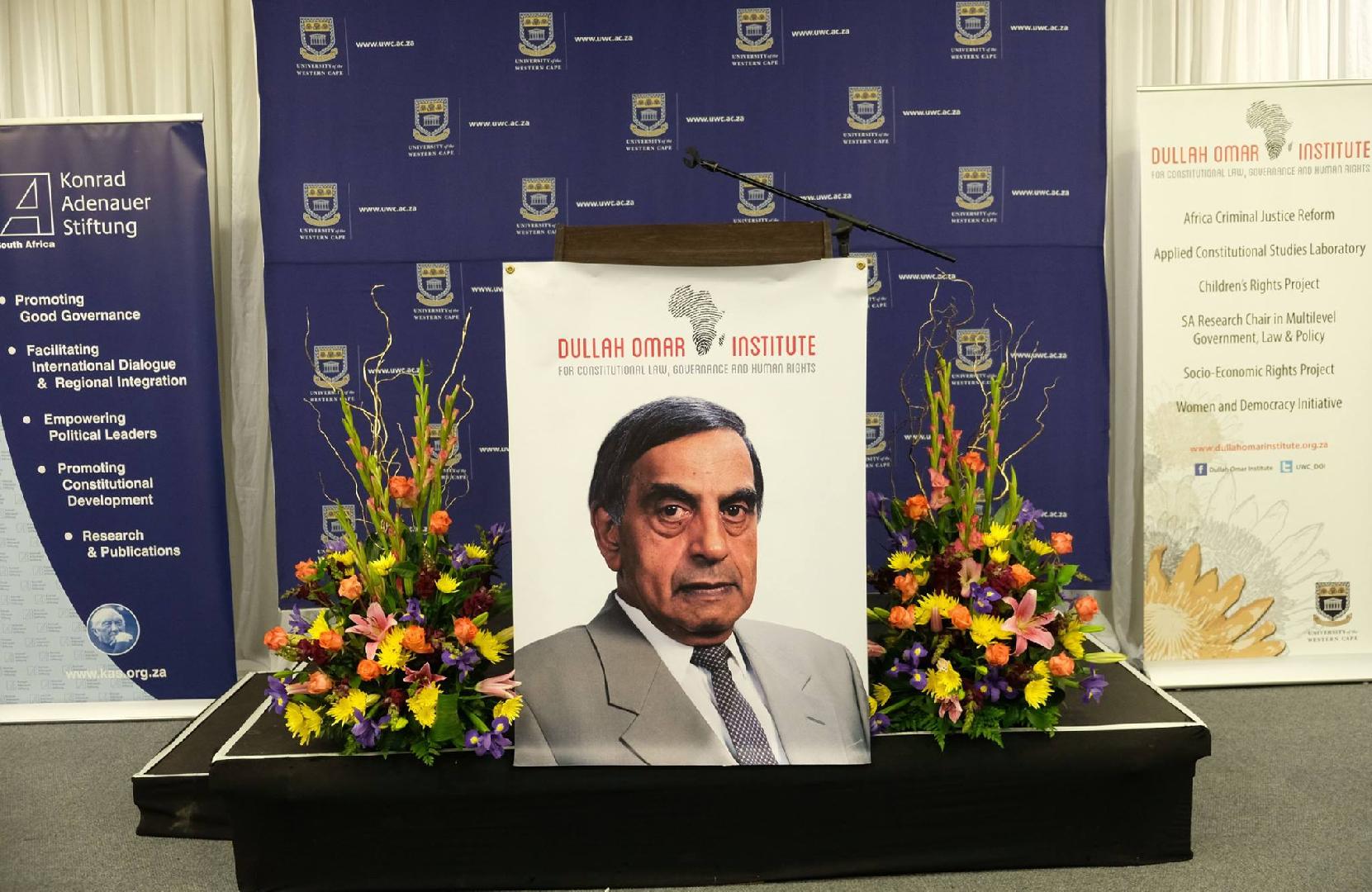 On the 9th October 2018, the 12th annual Dullah Omar Memorial Lecture took place at the University of Western Cape (UWC). 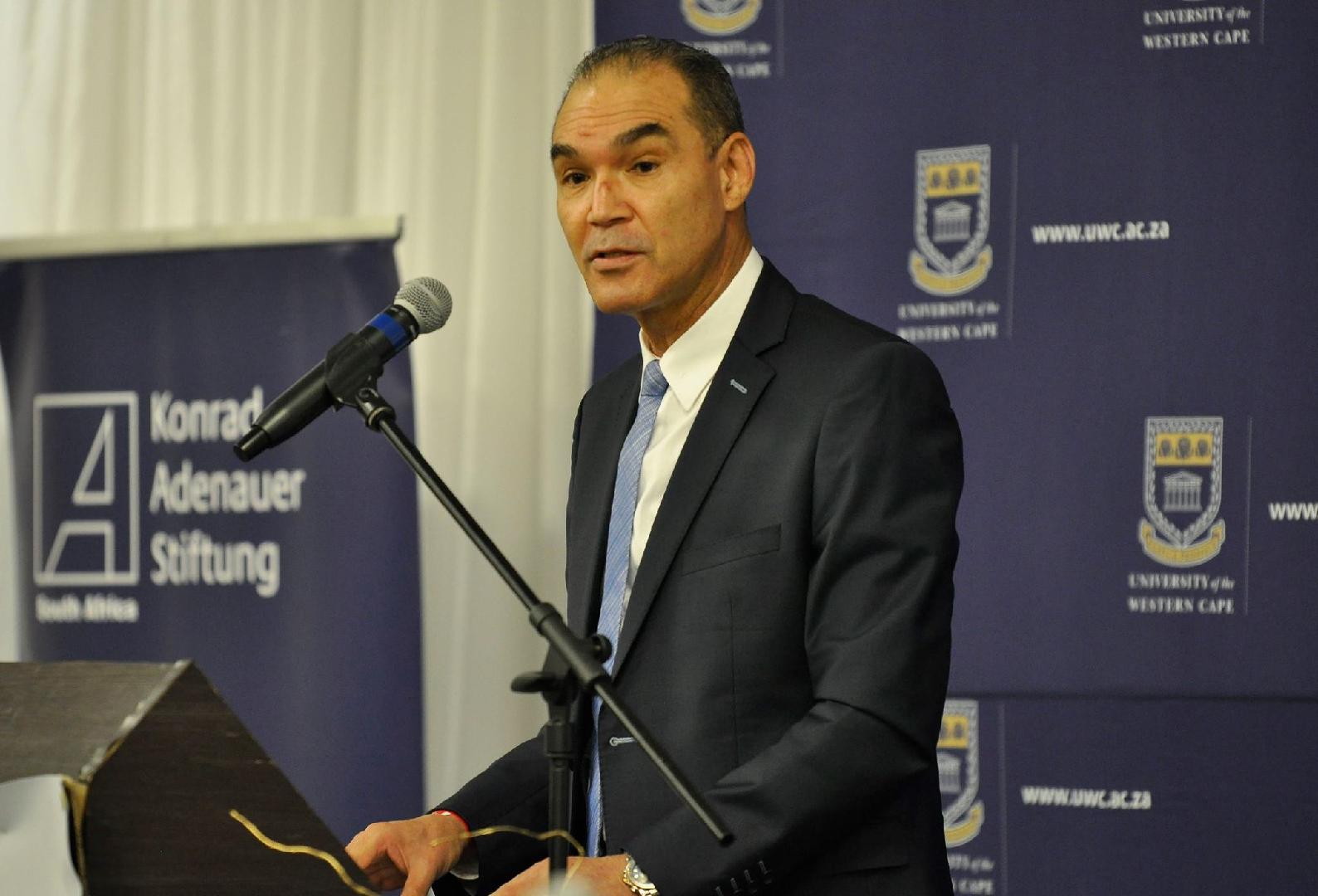 Prof. Tyrone Pretorius, Rector and Vice Chancellor of the UWC, welcomed the participants, especially the present family members and friends of Dullah Omar. 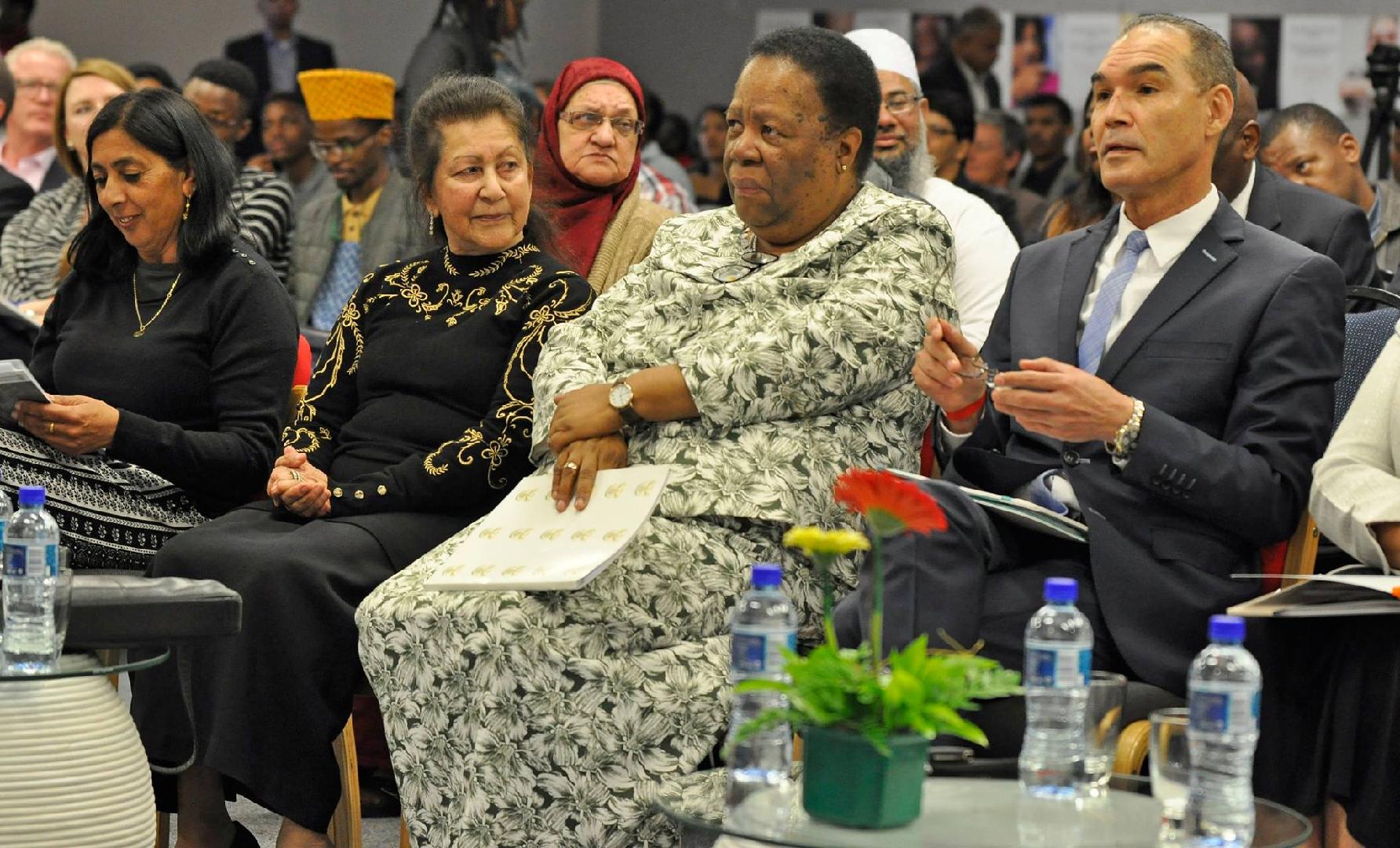 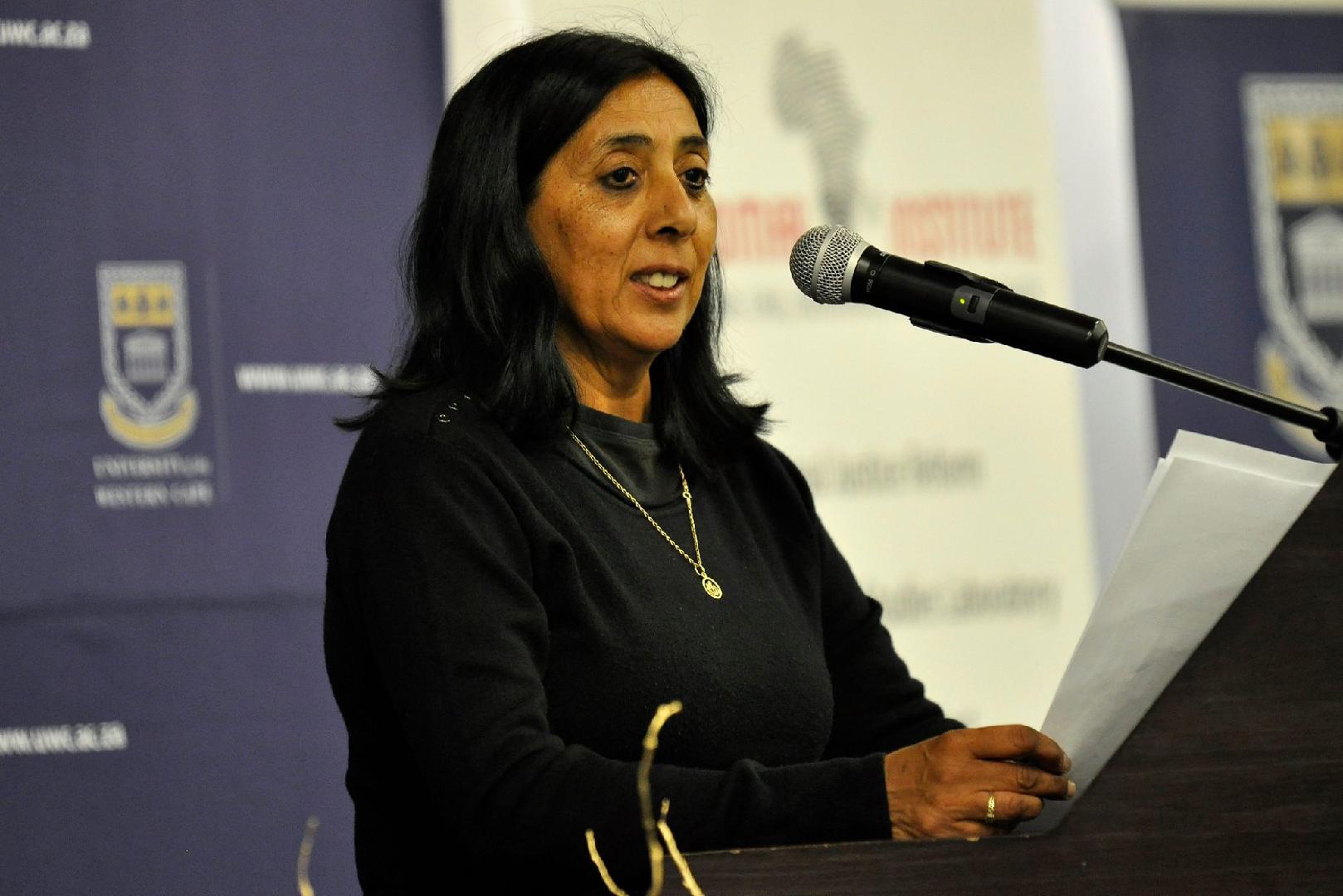 Firdaus Omar, Niece of Dullah Omar, thanked all participants on behalf of the Dullah Omar family. 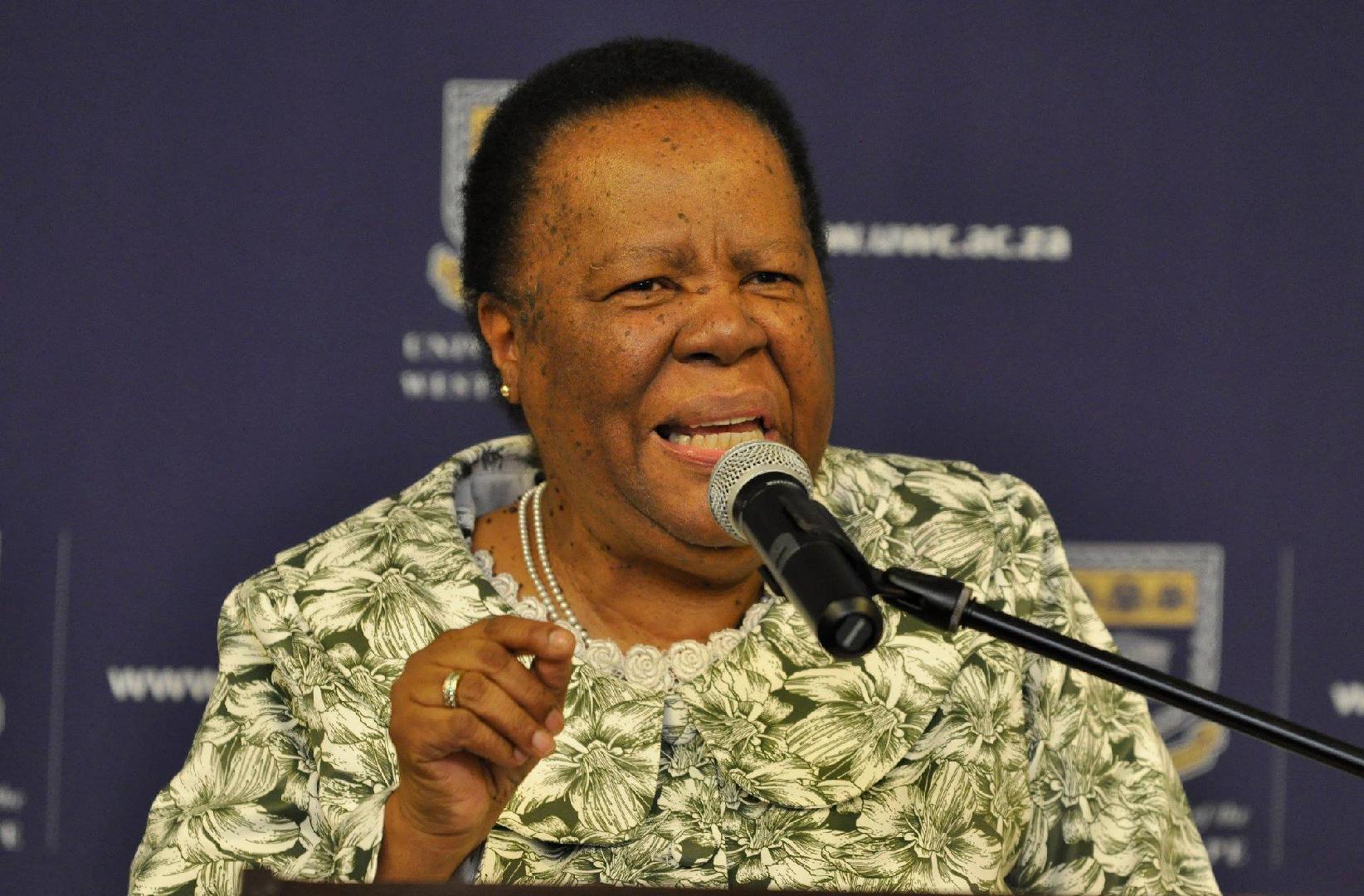 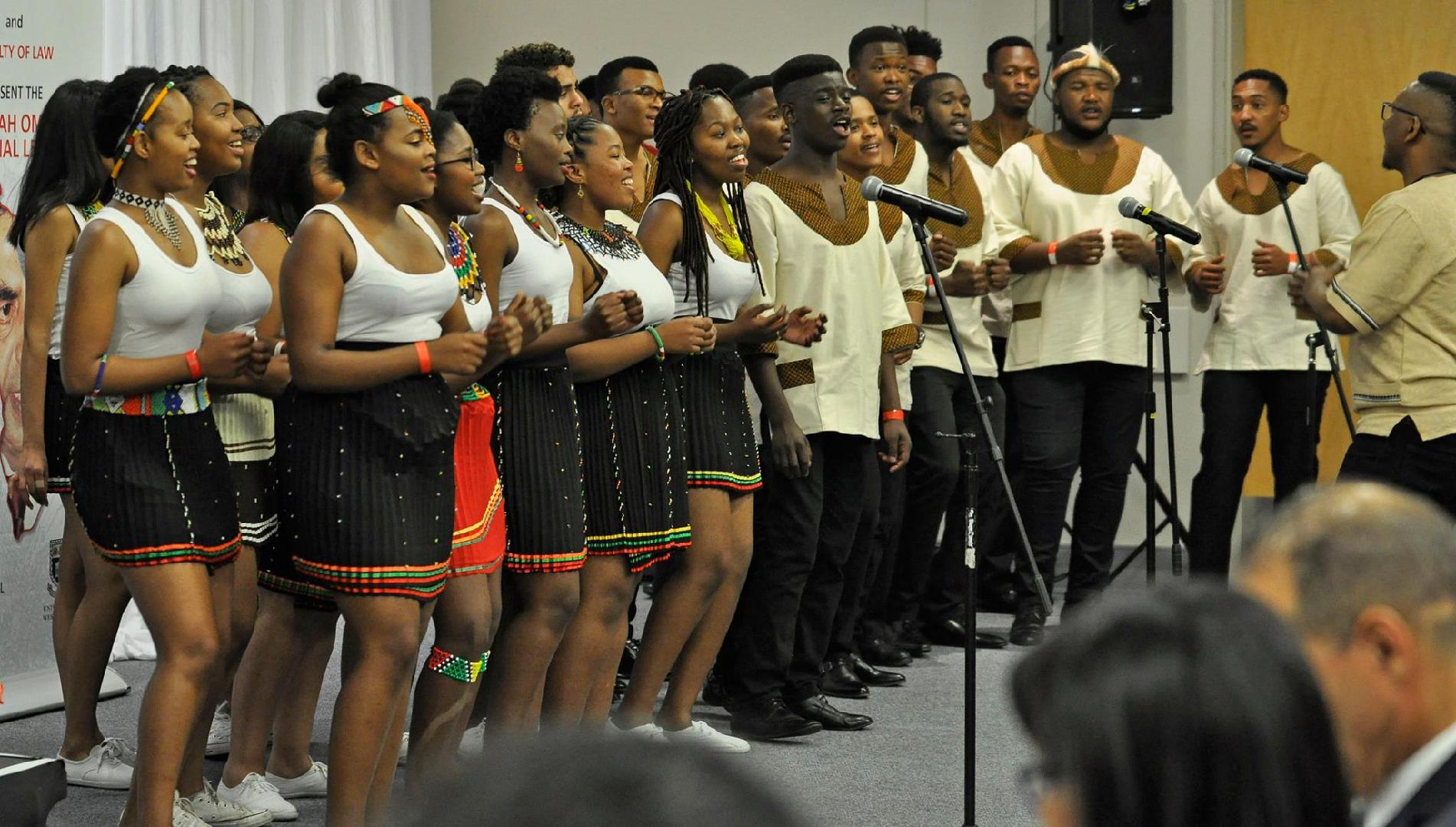 Musical accompaniment by the UWC Choir

The Dullah Omar Memorial Lecture Series commemorates the life and work of the former Minister of Justice and first Director of the Community Law Centre at the UWC, which was later renamed in his honour to the Dullah Omar Institute. Adv. Dullah Omar dedicated his life to the realization of human rights and democracy in South Africa. The aim of the lecture series is to address topics relevant to South Africa's young democracy and the implementation of the Bill of Rights as enshrined in the South African Constitution. In recent years, the Dullah Omar Institute has repeatedly welcomed outstanding personalities as guest speakers, including former President Thabo Mbeki, former constitutional judge Albie Sachs and Graca Ma-chel, widow of President Nelson Mandela.

At the beginning of the event, Lea Mwambene, board member of the Dullah Omar Institute, emphasized that the values of Dullah Omar still represent the guiding principles of the Institute and the Faculty of Law at UWC. Dullah Omar was particularly concerned about South Africa’s future post-Apartheid and what role the rule of law should play in the transition process. According to Mwambene, Omar firmly believed, that the post-Apartheid legislation has the important task of promoting social justice, protecting the rights of disadvantaged and vulnerable groups, and establishing a constitutional order and framework to consolidate strong institutions and good governance.

Prof. Tyrone Pretorius, Rector and Vice Chancellor of the UWC, welcomed the participants, especially the present family members and friends of Dullah Omar. Prof. Pretorius stressed that a university like the UWC as a kind of microcosm reflects broader society and therefore cannot shut itself off from social developments and challenges. Instead it is important to South Africa’s tertiary institutions to actively deal with the existing challenges that students experience on a daily basis, such as inadequate housing, poor transport options or not enough funds to buy food. As a result, the scope of responsibilities of universities has expanded and cannot be limited any longer to the provision of high-quality education. The situation of many students who, due to a lack of financial resources, come to the university without food or have to struggle with other problems, such as accommodation and transport, cannot be ignored.

Prof. Pretorius was followed by guest speaker Naledi Pandor, who has been an ANC politician in parliament since the first democratic elections in 1994. She held the offices of Minister of Education, Minister of Science and Technology and Minister of Home Affairs before being appointed Minister of Higher Education and Training by the current President Cyril Ramaphosa in February 2018. From the beginning of her political career, Pandor, who lived in exile from 1961 to 1984, has been committed to South Africa's democratic transition and consolidation.

At the beginning of her speech, Naledi Pandor emphasized that Dullah Omar's struggle against Apartheid had a great influence on South Africa's history and that this influence can still be felt long after his death. She made reference to contemporary critique, especially from the so-called "born free" generation, which sought to minimize the contribution of prominent leaders of the Anti-Apartheid movement, such as Nelson Mandela, Oliver Thambo, and Govan Mbeki. According to Pandor, comments such as "Nelson Mandela has sold us out" show a deep misunderstanding of South Africa's history. She reminded the audience of the sacrifices that opponents of the Apartheid regime made and that there was a real possibility of them being tortured, imprisoned or even killed.

Naledi Pandor who personally knew Dullah Omar, described him as a person of the highest integrity and moral standards who was guided by the vision of promoting social justice and equality through a fair legal framework and practice. He was convinced that everybody must play a role in liberating the country and building a new democratic society. Naledi Pandor agreed with this view and noted that many people today tend to define themselves as victims who are not able to influence the course of their own lives. Pandor warned that this attitude leads to an unhealthy over-dependence on the state and creates unrealistic expectations. She encouraged the audience, especially the students, to be active participants in the democratic transformation process and to become active Citizens.

Universities as Role Models for Society

Naledi Pandor continued her speech by stating that although significant progress has been made in recent decades in many areas, such as health, housing and education, it is undeniable that the country continues to face major challenges that need to be addressed. The university sector in particular is still marked by the legacy of Apartheid and Colonialism. So far, the respective institutions have not succeeded in transforming themselves completely. South African society continues to be marked by massive social inequality. In this context, Minister Pandor cited income inequality as an example. Pandor posed the question whether, in light of the ever widening gap between rich and poor, it might be the right time to discuss a legal rapprochement between the wages of top earners and those of ordinary workers.

In her closing remarks, Minister Pandor addressed the continuing pervasive problem of racism and that more should be done against racism, gender-based violence and other forms of abuse and discrimination. Universities, in particular, could be those institutions that play a kind of exemplary role for society and promote the implementation of human rights as embedded in the South African Constitution. 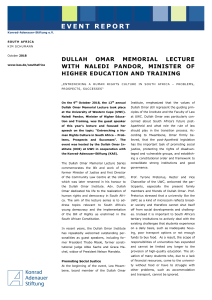