Beyond the Right to Life: Disability, Personhood & Participation

“Beyond the Right to Life: Disability, Personhood & Participation” was the second event of the seminar series “Taking stock: Disability & Human Rights in contemporary South Africa” held at the Stellenbosch University on 07th May 2018. The event was co-hosted by the South African Holocaust and Genocide Foundation, the University of Stellenbosch (SU) and the Konrad-Adenauer-Stiftung (KAS). The seminar provided a platform to critically reflect on the situation of disabled people in South Africa.
May 10, 2018 Ordering Information 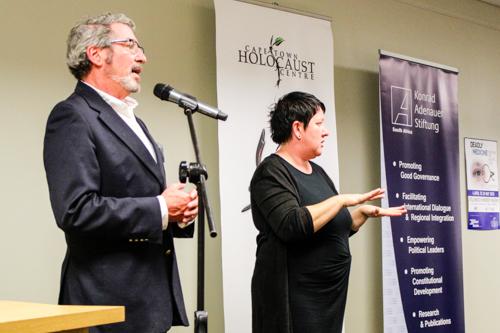 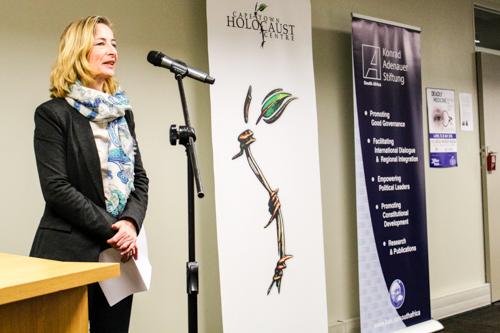 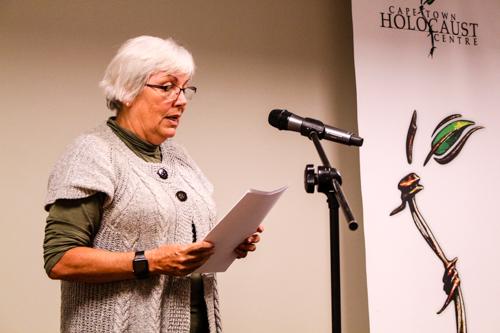 Prof. Judith McKenzie, head of the Disability Studies Division at the University of Cape Town (UCT) 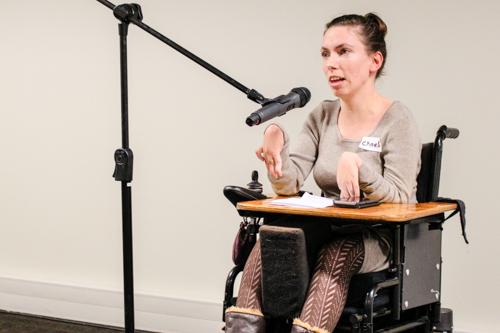 Bongani Mapumulo, head of the Disabled Students' Society at SUN 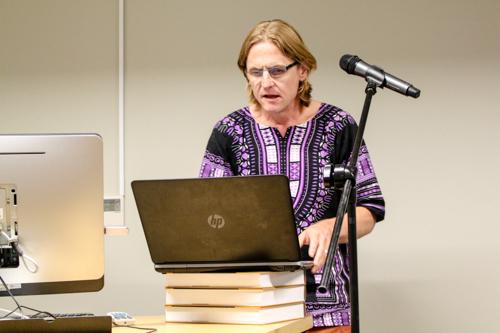 Dr. Brian Watermeyer, researcher at the Department of Health and Rehabilitation at UCT 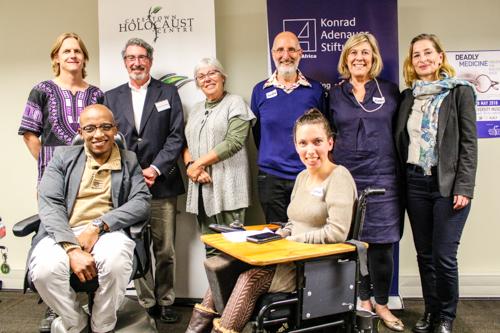 Within their introductory remarks both Mr. Richard Freedman, director of the South African Holocaust and Genocide Foundation and Ms. Christina Teichmann from the KAS highlighted the challenges of disabled people in South Africa to fully enjoy their rights and engage in various forms of civil participation such as political participation. After the opening remarks Prof. Leslie Swartz from the Department of Psychology at SUN introduced the guest speakers: Prof. Judith McKenzie, head of the Disability Studies Di-vision at the University of Cape Town (UCT); Chaeli Mycroft, internationally recognized ability activist; Bongani Mapumulo, head of the Disabled Students' Society at SUN and Dr. Brian Watermeyer, researcher at the Department of Health and Rehabilitation at UCT.

Disability should be seen as a resource and an opportunity

In her speech the first speaker Prof Judith McKenzie linked the Life Esidimeni tragedy to the general issues of disability and exclusion. For Prof. McKenzie the main problem is that disabled people are outweighed against costs and as a consequence are of-ten reduced to “subjects” and “burdens”. The goal should be to think of equality in terms of transformation, not just rights. Disability should not be seen as a burden but rather as a resource and an opportunity for change. In order to achieve transformation towards equality, Prof. McKenzie highlighted two approaches. The first approach was developed by the “L'Arche” Movement, which was founded 1964 in France. The “L'Arche” organizes so called “communities” worldwide in which people with disabilities and their care takers live together. They believe that everybody can make a contribution to society, regardless of his/her physical or intellectual disability. The second approach refers to the “ethics of care”, which was developed by a feminist movement. In their view care receivers and care givers need to be looked after equally as individuals depend on each other. Care givers should be more valued and appreciated in both the public and private sphere.

The South African Constitution protects the rights of disabled people

The next speaker Chaeli Mycroft calls her-self an ability activist not a disability rights activist as she wants to focus on how to make things happen. The main focus of her work is to promote self-determination for disabled people. Self-determination is a right to which a lot of people with disability do not have access to, which was clearly shown in the Life Esidimeni scandal, as patients were moved to other facilities without their consent. Furthermore she advocates for an attitude to raise children with disability equal to their siblings as it is important to establish a sense of “normality”. Children with disability are given different standards than “normal” children, for example they are not allowed to fall, because they could hurt themselves. However these experiences are vital for growing and learning. Lastly, Ms. Mycroft pointed out that the South African constitution gives a warranty to activists which they should use to make inclusion work and go from an activist stage to a normal stage. Reaching a stage in which people with disabilities are fully integrated in society is the ultimate goal for her.

Bongani Mapumulo started his presentation by recounting some of his personal experiences as a disabled student at the SU. Mr. Mapumulo criticized that while the majority of the South African society enjoys many civil liberties and can participate in active citizenship, many minorities are not given the same rights, and they are not equally protected by the system. Especially universities, as places of learning and personal growth, should protect and support these minorities. To underpin the difficult situation of people with disability he told the audience about a recent incident at the SU when he wanted to attend an event held at a one of the university buildings. In order to at-tend the event he had to overcome a flight of stairs which was for him as a wheelchair user not possible. But instead of moving the event to barrier-free premises the organizers of the event went on to proceed without him. As a conclusion Mr. Mapumulo stated that by excluding people with disability a brain drain can occur, as the potential of many people is not fully utilized.

Inclusion of a “Disability Consciousness” in academic fields

Dr. Brian Watermeyer the last speaker of the seminar outlined two areas of intervention to better include the topic of disability in the academic field. The first area of intervention concerns the inclusion of a “disability consciousness” in all academic fields. The disability dimension is not yet enough taken into account. Therefore universities should always ask themselves “How is disability featured in what we are doing?” The second area relates to the training of health professionals. The predominant task for universities should be to change the disability discourse among health professionals. So far health professionals often view disabled people as problems which require solutions; this mindset however frequently results in victim blaming, denial of social complexity and the perception of homogeneity among people with various disabilities.

The seminar was concluded by a question and answer session between the speakers and the audience. 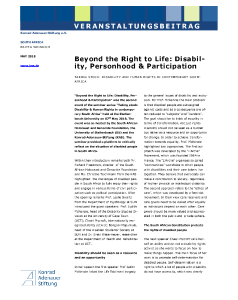 Beyond the Right to Life_ Disability, Personhood & Participation (Pdf)
Download

Beyond the Right to Life: Disability: Personhood & Participation

Video of the event
More about this topic