Can Africa learn from Brazil´s history? Brazil and Africa; a country versus a whole continent, but nevertheless with common features. They have similar GDPs, but the population of Africa is about five times bigger than the population of Brazil. The effect is that Brazil's income per person is higher. Both Brazil and Africa have a historically similar low growth rates and share the ignominious character of globally leading wealth and income inequality.
December 3, 2019 Ordering Information 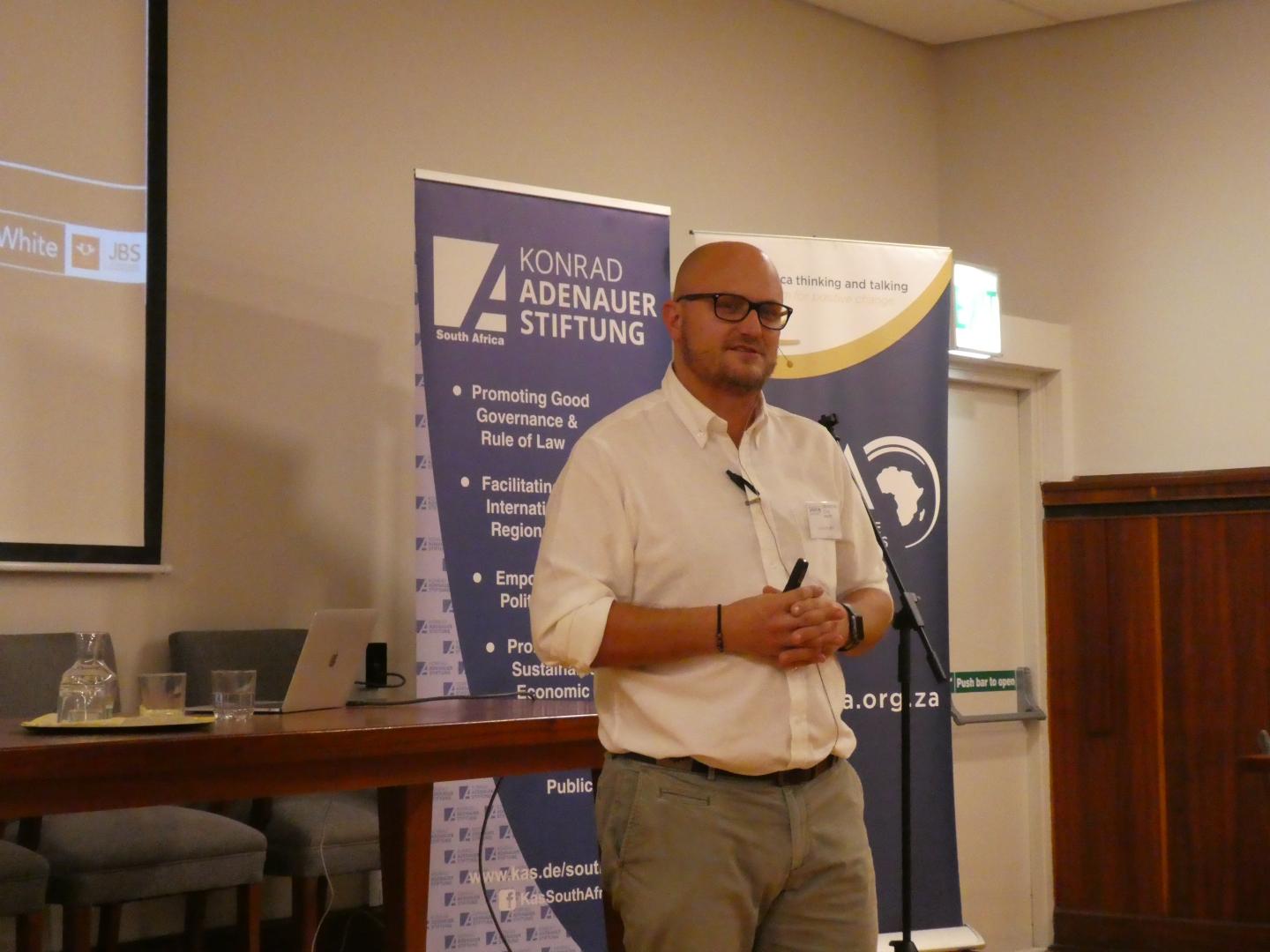 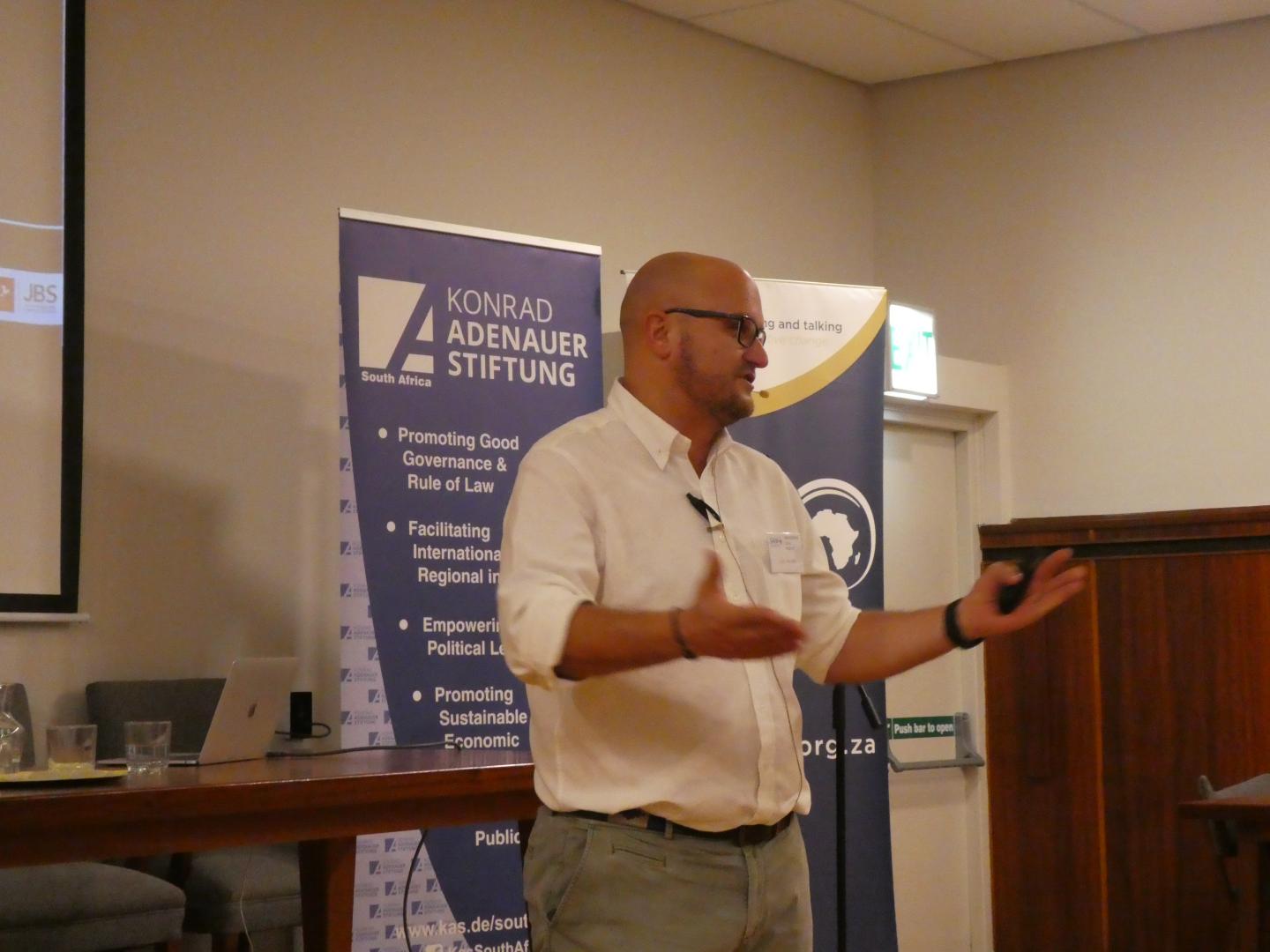 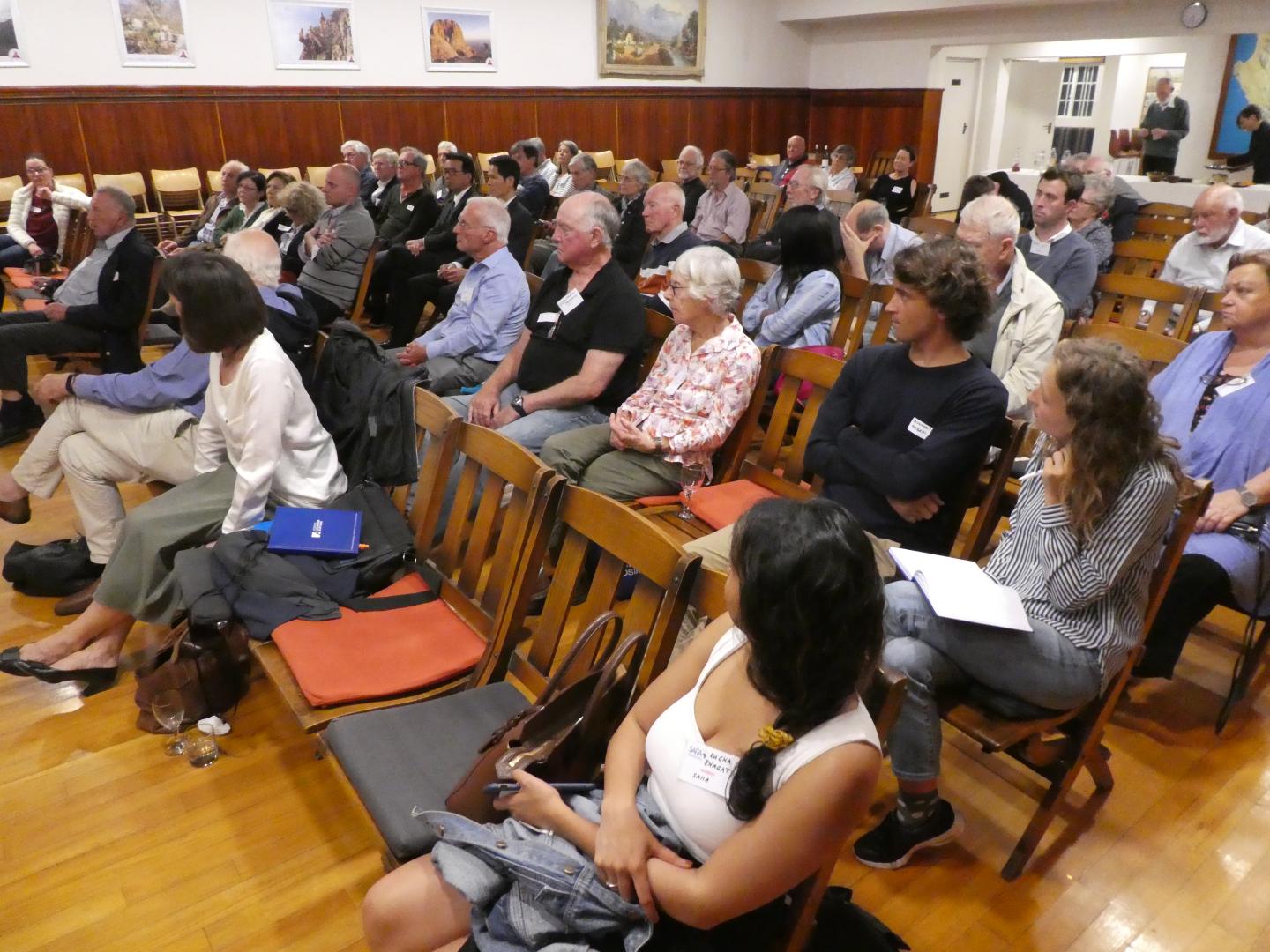 “Brazil´s Populist Pendulum: The Outcome and Lessons” was the theme of the SAIIA Speakers Meeting, hosted by the South African Institute for International Affairs (SAIIA) in partnership with the Konrad-Adenauer-Stiftung (KAS). To discuss the topic, the Speakers Meeting hosted Professor Lyal White, who unpacked how populism has shattered Brazil's society into polarized camps and investigated what lessons can be anticipated for South Africa.

In the 70s, Brazil was branded by Edmar Bacha as “Belindia” – a country in which a small minority of the population lived like people in Belgium, while the vast majority lived like low-income people in India.  Similarly, a famous phrase captured the country's paradox: “We are the country of the future, and we always will be”.

Yet ten years ago, in 2011, the country of the future had finally arrived in Brazil. The unemployment rate was at an all-time low, Brazil was the 3rd largest food exporter worldwide and Brazil was preparing for the Fifa World Cup & Olympics. Brazil´s economy was the 6th largest economy in the world. On top of that, Brazil achieved greater economic equality, elected the first female President and the real middle class had grown by 50 million in fifteen years.

The effects of years of poor political management, but also populism coming and going, caught up with Brazil as the support of the global resource supercycle disappeared. The economy shrank by a third, inflation exceeded 10%, Brazil experienced its worst recession in fifty years and companies faced the world´s worst tax burden.

In 2014 the country started tipping. The workers´ party became unpopular and Ms Dilma Rousseff the most unpopular president of all time. Political institutions collapsed and impeachment followed. Mr Michel Temer took over her position until the next elections in 2018. A political vacuum opened up and a right-wing populist, Mr Jair Bolsanaro, won the presidency. The country experienced its starkest shift to the political right since the country´s return to democracy 35 years ago.

So through the collapse of political institutions, through “Operation Carwash”, the biggest corruption scandal in world history, we saw a complete polarization of politics expressed by left and right wing populism.

Brazil is a country characterised by tensions. Its population is divided by race, by class and by have and have-nots. In tension between nationalism and trade liberalism, Brazil struggles to open up to the world. A contradiction between pursuing a caring and inclusive society and rapid economic growth makes a mockery of the national slogan of “Order and Progress”.

Exacerbating these tensions is a political culture in which Brazilians are constantly searching for economic solutions through political change. They are looking for a leader to solve all the problems and lead the country into a better future, which results in populism.

Populism originated in Latin America as a style of leadership that is both political and economic in nature. It is a certain approach to politics and it also is a particular approach to policy making. Populism does translate into economic models that are created to avoid dependency, but they end up being dependent.

Mr Juan Perón is often regarded as the father of populism and since his time, there has been a rise and fall of populist leaders in Latin America. Since the first true nationalists of the 30s and 40s there have been three distinct waves of populism. We are now in the fourth.

Populism is not just politics; the narrative is heightened to a battle of good versus evil. Political opponents are not just democratic rivals, but enemies. Populism is a very personalized style of politics: a charismatic leader is the “true representative of the people” and therefore above all conventional checks and balances. Populist leaders dissolve institutions and processes through popular support and capture the state for the purpose of their project and personal outcome. Most importantly, populism leads to the death of democracy. Populist parties use representative democracy to gain political power, but once in power slowly create an authoritarian democracy and finally an autocracy. Populism destroys the two norms of democracy: Mutual tolerance and institutional forbearance. To secure a “non-return framework to representative democracy” populist parties amend the Constitution and laws.

There are five preconditions for populism:

These preconditions ultimately lead to economic distress and psychological distress.

The outcome and lessons for South Africa

South Africa is prone to the allure of populism. We can learn from Latin American countries and should be mindful of the Latin American model as one to avoid.

Almost invariably, the capture of a state through populist means leads to institutional corruption. "State Capture" is not just a phenomenon happening in South Africa. In Brazil, “Operation Carwash” was the biggest corruption scandal in world history and easy clearly associated with left-wing populism.

Looking at the preconditions for populism and the current situation in South Africa gives reason to worry about the future of South Africa. Is there any chance that South Africa might become a populist country?

The aim of the Konrad Adenauer Foundation is to promote democracy and open up a dialogue in civil society. By discussing possible threats for South African democracy, KAS raises political awareness in our society. 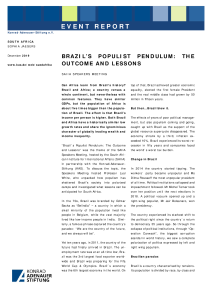