The Democracy Development Programme and KAS held an Inaugural Media Summit aimed at enhancing and strengthening existing relationship between community media, civil society and communities; through long term solutions. This comes after an observation of detachment of community media from its civil society allies.
August 26, 2019 Ordering Information 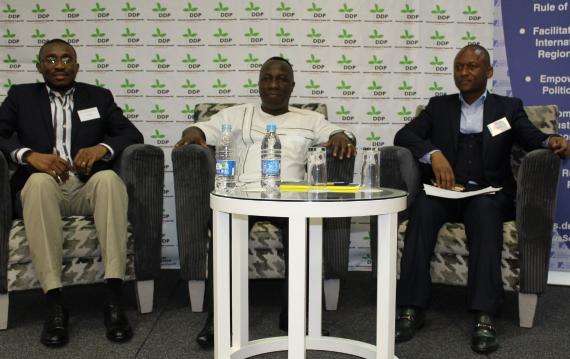 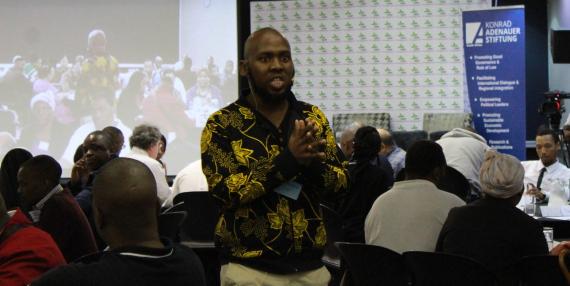 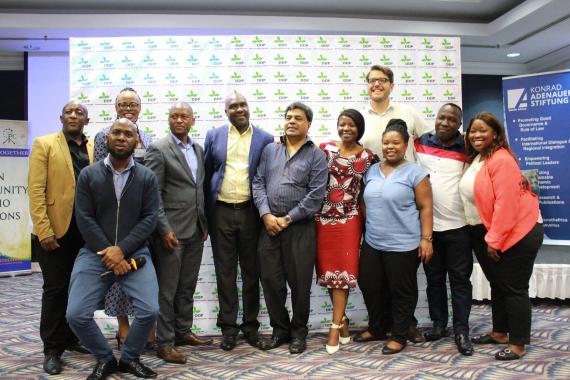 “I am sure that we are all concerned about the state of our media. We rely on our news media to act as eyes and ears on our government. If they can’t do this effectively and properly, our democracy is at risk,” he said.

Although the state of the media has been questioned and heavily criticized over the years, Professor Harber noted the challenges faced by community media in particular, which render the sector dysfunctional at times, including financial constraints.

“We know about the instability of community media and the shortage of resources among other things. We live in challenging times for all news media,” Professor Harber said.

Since its inception back in the 90s, under the Independent Broadcasting Act (IBA, 1993); community media has been the force that brings communities together through its mandate, which is reporting for the people. However, the persistent issues facing the industry, including lack of access to resources has resulted in the sector falling short of fulfilling its tasks.

During the summit, many issues were highlighted as hindrance for community media to fully carry out its duty, this includes maintaining its supposed relationship with communities it serve. According to the National Community Radio Forum KwaZulu-Natal chairperson Simon Ntsele, one of the issues the sector is constantly faced with is the continued exploitation by political elitism that continues to push its agenda using budgets allocated for community media, especially by some people the sector works with from various departments.

Civil society is one of the left wings that continue to keep society sustained through its efforts in educating communities; and as one of the vehicles that fights to drive social and political change in different spheres of life for communities. It is worth noting that some of the allyship they rely on is community media sector. However, since the hardships arising from the conflict of interest within the sector; this is one of the relationships that has been hard to maintain.

The DDP’s media summit aimed at digging deeper the underlying issues and how these can be dealt with. According to Ntsele, the first step would be ensuring active citizen participation. He noted with pleasure how some communities are already involved.

“Communities are getting involved in community radio running, they attend AGM’s and are active participatory stakeholders,” he said.

According to Commissioner at the Broadcasting Complaints Commission of South Africa (BBCSA) Advocate Robin Sewlal, there’s a link between community media and communities.

“I would like to lobby for community media newsrooms because that’s where you connect with your community, it gives a human face and accessibility factor. For community media to succeed, we need active citizens. The media as a collective should be more proactive in educating society” He said.

Advocate Sewlal emphasized the importance of relationships for community media and encouraged community media practitioners to form smart partnerships and collaboration while being part of the community.

“Be part of the community, go to community meetings. Even if you don’t like sport, go to sport meetings so that you can feel the pulse to the community. Get to understand the needs, interests, and problems of the society,” Advocate Sewlal said.

Meanwhile the world is tapping into Fourth Industrial revolution as part of the solution to some of the issues, media experts are convinced that community media should also look into investing more on technology in order to thrive.

Among other things, community media has been encouraged to foster social cohesion through balanced, factual and objective reporting. Meanwhile, civil society is urged to start setting the agenda throughout communities that will drive social and political change while educating communities. 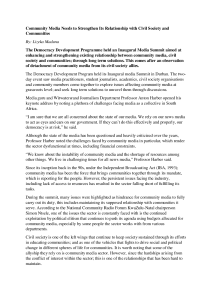 The Role of Community Media in Promoting Active Citizenship