Multilingualism is a cherished Constitutional principle that forms part of linguistic human rights. Hosted by the CRL Rights Commission and the Konrad-Adenauer-Foundation, this conference through informed discussion and debate encouraged a way to look forward to South Africa's future, particularly as to how multilingualism can be implemented to cater for the country’s wide and rich linguistic diversity.
September 21, 2017 Ordering Information 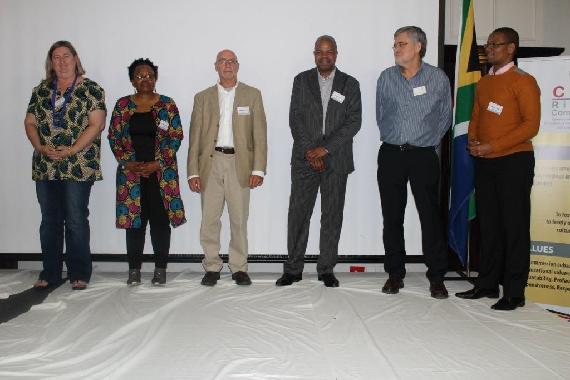 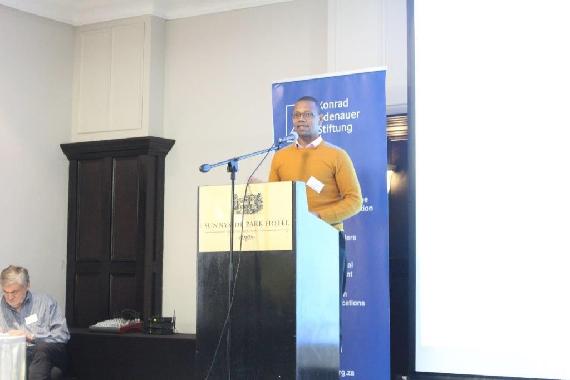 On September 19 the CRL Rights Commission and the Konrad-Adenauer-Foundation hosted a conference on Multilingualism and Linguistic Human Rights-The Next Step. The delegates were from academia, business, civil society as well as foreign. In having eleven official languages and one of the most advanced constitutionally guaranteed catalogue of language rights in the world, 23 years into its democratic transition South Africa still struggles to put innovative policy into practice. This conference set about to give practical advice on how to move forward and provide a first guidance for future steps that have to be taken in order to cater to all South Africans and their respective mother tongues.

This aspect was also taken up the CRL Rights Commission’s chairperson Ms Thoko Mkhwanazi-Xaluva who in her introductory remarks highlighted the importance of the issue of language within the South African nation. According to her language rights are the most difficult rights to fight for and acclaim and its current status in South Africa is an indicator of where the Republic stands at as a nation, which is why she remarks that “this English thing is not our thing.” That not only English should have “its place in the sun” but rather all official languages are supposed to have an equal standing is the mission the CRL Rights Commission shows commitment to. Drawing from the example of the European Union, Henning Suhr, Resident Representative of KAS South Africa, highlighted the possibility to render ambitious language policies possible. The EU makes the attempt to translate each and everyone of its legislative proposals or key documents into every official language – no matter the size of the countries’ populations. And it does so not only in a rather effective but also cost-saving manner. With respect to South Africa, Suhr therefore remarked that South African officials should not ask the question whether it is possible to do justice to a society based on multilingualism and cultural diversity but rather how this is achievable with the means at the nation’s disposal.

Prof Wannie Carstens represented the first speaker in the wide row of academic contributors to the conference. Carstens gave insight into what multilingualism means and entails to provide the very basics for the insights to emanate from the speakers that followed. Whereas multilingualism implies the recognition of South Africa’s diversity and the dignity to its residents the realisation of the Constitutions language provisions must not be a luxury but resemble an obligation to fulfil and, hence, requires bold decisions on behalf of the legislative body. Carstens also started off with introducing first proposals as to how to tackle the current impasse and bring the issue of languages to the fore. He suggests that every South African hast to speak at least three languages of which proficiency in at least one African tongue must be mandatory.

These remarks were followed by Prof Hennie Strydom who with his extensive academic background in law reflected on multilingualism and human rights. To him, the government shows no political will to fulfil and promote the rights as laid out in the Constitution, although for example, the cost and capacity needed to translate all legislation since 1994 would be minimal. Strydom is very sceptical about the government being actually willing to support the Constitution and in this matter thereby avoiding its responsibility to do justice to the Constitution and the South African people.

With a glimpse at linguistic human rights at the level of higher education Prof Mbulungeni Madiba was drawing attention to language policies of universities and the value of African languages within the curriculum. Although 90% of South African universities make the account that they are in the process of developing a language framework that extends beyond English and Afrikaans, African languages are not yet reckoned as a resource that can enrich higher education. Furthermore, Prof Madiba stated that there is a strong persistent myth that African languages have not developed to the extent of being able to discuss complex and abstract matters and university language planning must get rid of this notion. He stressed the importance of linguistic repertoires, or what he calls “Ubuntu language planning”, which makes the point that rather than focusing on a single language universities should incorporate and allow for a mix of languages used in their courses as to provide a framework for South Africans to transition between different mother tongues in order to be able to express themselves and the issue they are addressing as they wish. The same stance was taken up by Ms Coetzee-van Rooy who also advocated for sets of languages to be incorporated in classrooms. She also showed her strong support of South Africans having to learn at least three languages, which also includes English.

Prof Pamela Maseko focused on the aspects of power and dominance in conjunction with linguistic rights. Language, she says, is important in the production, maintenance and shifting of relations of power in our societies. Following the strain of her argument, the power of language is constructed and reflects the hegemonic dominance and power relations within a society. Through this, she says, normality is created by abnormality, which in the context of South African colonial history refers to the still pervasive use of English and Afrikaans in the economic, academic and social spheres. Only a reposition of African languages and the awareness of the inherent value of the latter can eventually lead to social justice within a multilingual society.

The following plenary discussion which built on the impetus given by the speakers aimed at highlighting practical steps forward. One participant advocated for the implementation of mother tongue tuition from grade one and, in accordance with what Carstens and Coetzee-van Rooy had mentioned previously, the mandatory learning of at least three languages in South Africa. Other voices highlighted the necessity of a coordinated approach between different governmental bodies and departments and called for the CRL Rights Commission to lead this process. The creation of a Language Commissioner could additionally enhance progress. During the recommendation session Carstens called for the compilation of a language plan which should be drawn by a working group composed of the conference’s speakers. It is anticipated that there will be a follow-up conference where other issues will be debated further.

To the event
Event Reports
Multilingualism Conference
The Importance of Multilingualism in promoting and deepening social cohesion and nation building in South Africa
February 26, 2018
Part 2 of the series 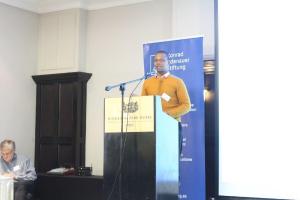 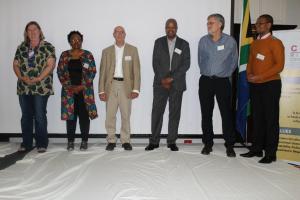