On the 28th of March 2019, the Centre for Unity in Diversity (CUD) in cooperation with the Konrad-Adenauer-Stiftung (KAS) hosted a discussion on “What will count in the 2019 elections?” in Cape Town.
April 18, 2019 Ordering Information 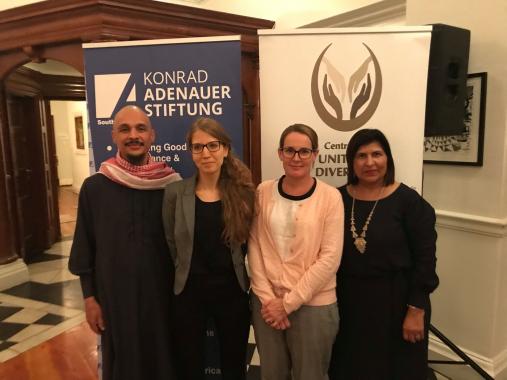 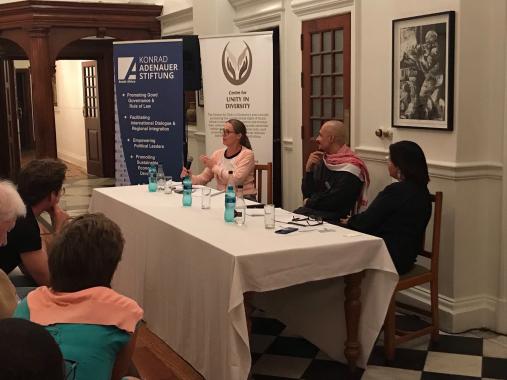 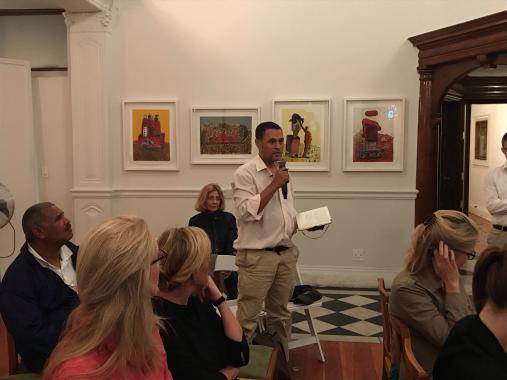 Questions by the audience 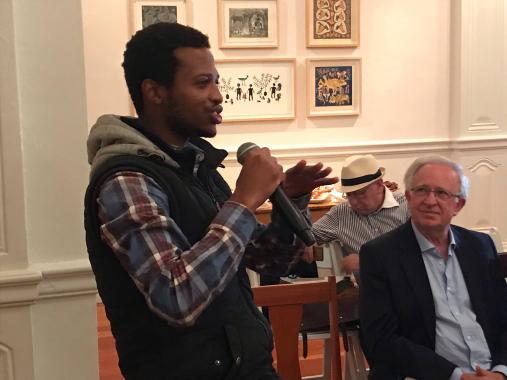 Questions by the audience 2 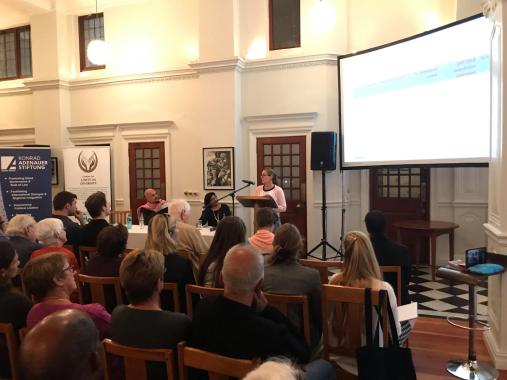 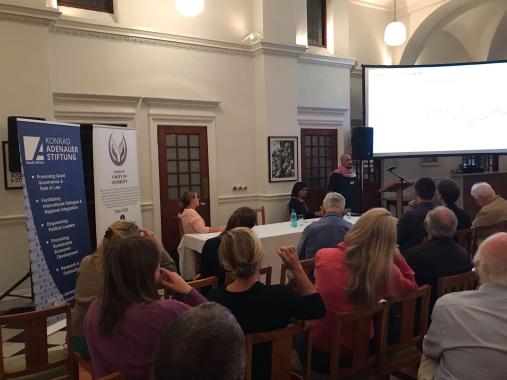 Schulz-Herzenberg, author of a KAS-funded book on the 2019 General Election, which will be launched after the May Elections, set the scene as she focused on the last 25 years of democracy. She said that voters are generally better informed about general state of governance in the country with the revelations of state capture and corruption than it was the case for the 2014 General Elections but whether that will result in a higher voter turnout has to be seen.
Looking at voter registration it is interesting to note where new registered voters are located. The biggest portions of new regis-tered voters are from the most populous provinces of KwaZulu-Natal, Gauteng, East-ern Cape and Western Cape. Nearly half of all new registered voters are between 20 and 29 years old (49%).

Registration of Young Voters
Schulz-Herzenberg also elaborated on the role of young voters in South Africa. Generally young voters are becoming more im-portant as the average age of the voting population decreases. As a result, half of the eligible voter population in South Africa is less than 39 years old. There are 11.7 million eligible voters with the age of 18-29 years but only 5.6 million of them are regis-tered. Even though young people still have an impact on election results, their impact is less significant than it potentially could be since many young people opt out and do not register, with a negative trend since 2014 (and probably earlier). Non-participation of young people in elections is a global phenomenon that matters in South Africa even more because of the country’s young population. In general the absolute number of people registered to vote has increased but not as much as the population has grown.

In this regard, Schulz-Herzenberg touched on the idea of an automatic voter registration in order to make it easier for eligible voters, especially young people to register and decrease travel costs for voter registration.

For the upcoming elections she highlighted that President Cyril Ramaphosa’s ability to mobilize the African National Congress’ (ANC) voters is essential. In the Municipal Elections in 2016 many ANC supporters stayed at home whereas the Democratic Alliance (DA) was able to mobilize their voters.

Reza Omar presented Citizen Surveys’ latest findings on citizen’s opinion on whether the country is moving in the right direction. A few key points that had an influence on the survey results are the inquiry on state capture and the election of Cyril Ramaphosa as the successor of former president Jacob Zuma.

Performance of Political Parties
Citizen Surveys also elaborated on party leader’s support. For example, they found out that Zuma is still favoured as president by people in Gauteng and KwaZulu-Natal. Looking at the performance of the leader of the DA the survey indicated, that Helen Zille, premier of the Western Cape and predecessor of Mmusi Maimane as the party leader is more popular than Mmusi Maimane, especially in the Western Cape. The survey conducted in February 2019 showed that nationwide 52% of the re-spondents preferred Zille, whereas only 30% preferred Maimane.

Furthermore, Citizen Surveys reviewed whether parties resonate to people’s need. They found out that unemployment and crime are the two most important concerns of citizens. In comparison, topics such as immigrants and xenophobia are of very little importance. Nevertheless some parties are trying to use this topic to mobilize voters for the upcoming election.

In his presentation Omar also touched on people’s trust in institutions such as the Independent Electoral Commission (IEC) or the Constitutional Court and gave explanations for an increase or decrease of trust.

In the upcoming Q&A session participants had the opportunity to ask questions. One topic discussed further was the decline of voter affiliation to a specific party. Citizen without party affiliation are less motivated to vote, which results in a lower voter turnout and hence in less democratic participation and a decrease in political representation. Additionally, short-term issues become more important for voting decision making, such as the popularity of leaders at the time of an election. 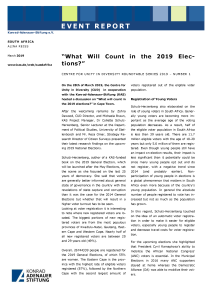