On the 26th of September 2018 our partner Development Democracy Program in conjunction with the Durban University of Technology, Peace Oasis International and the Konrad Adenauer Foundation held its first International Social Cohesion in Durban, aimed at elevating and deliberating conversations about social cohesion above race, and unearth other causes of divisions in the society. The conference was attended by civil society, political leaders, youth, academics as well as ordinary citizens from all over KZN and other provinces.
September 26, 2018 Ordering Information 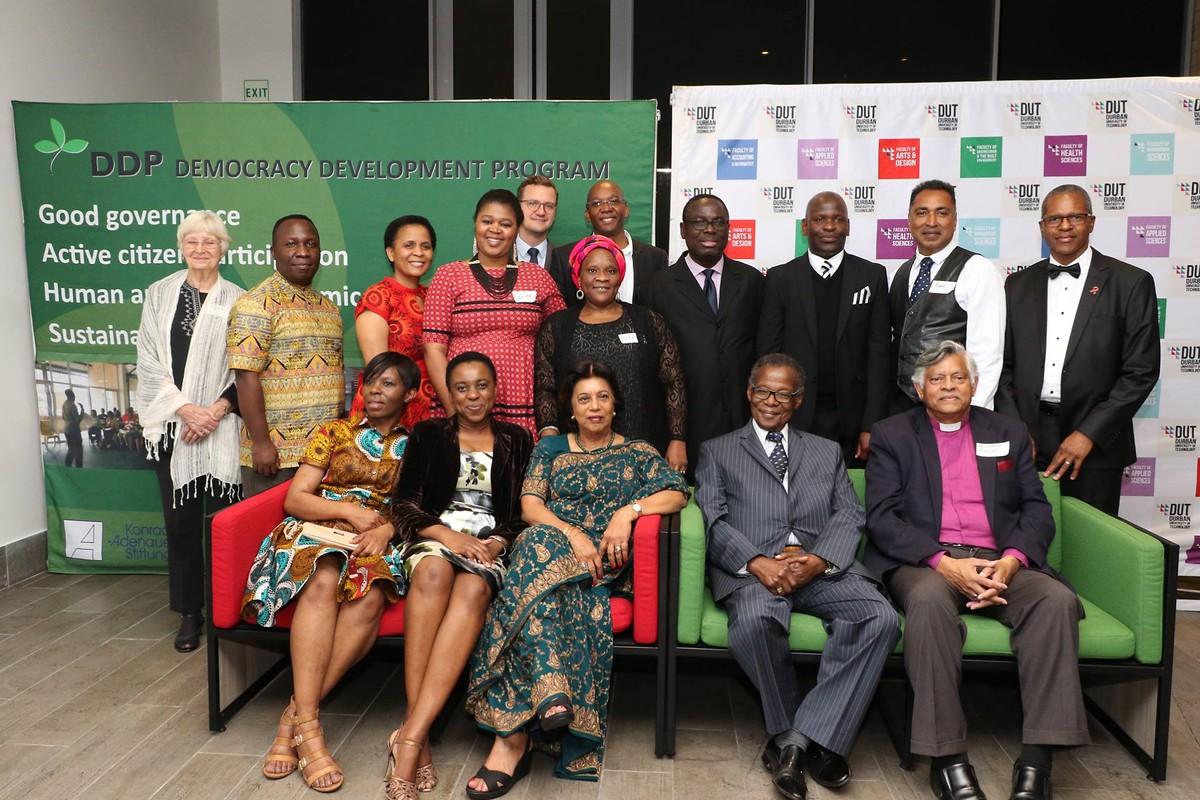 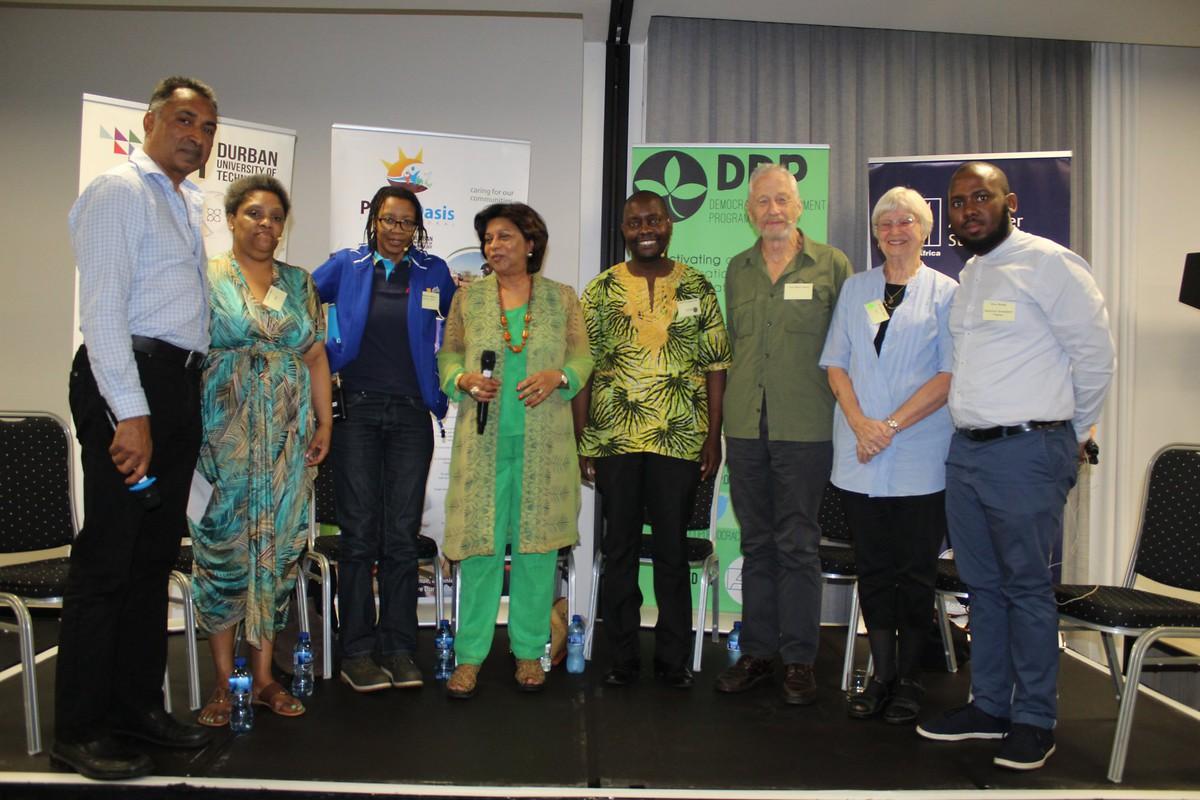 The panel discussion on the second day of the conference. 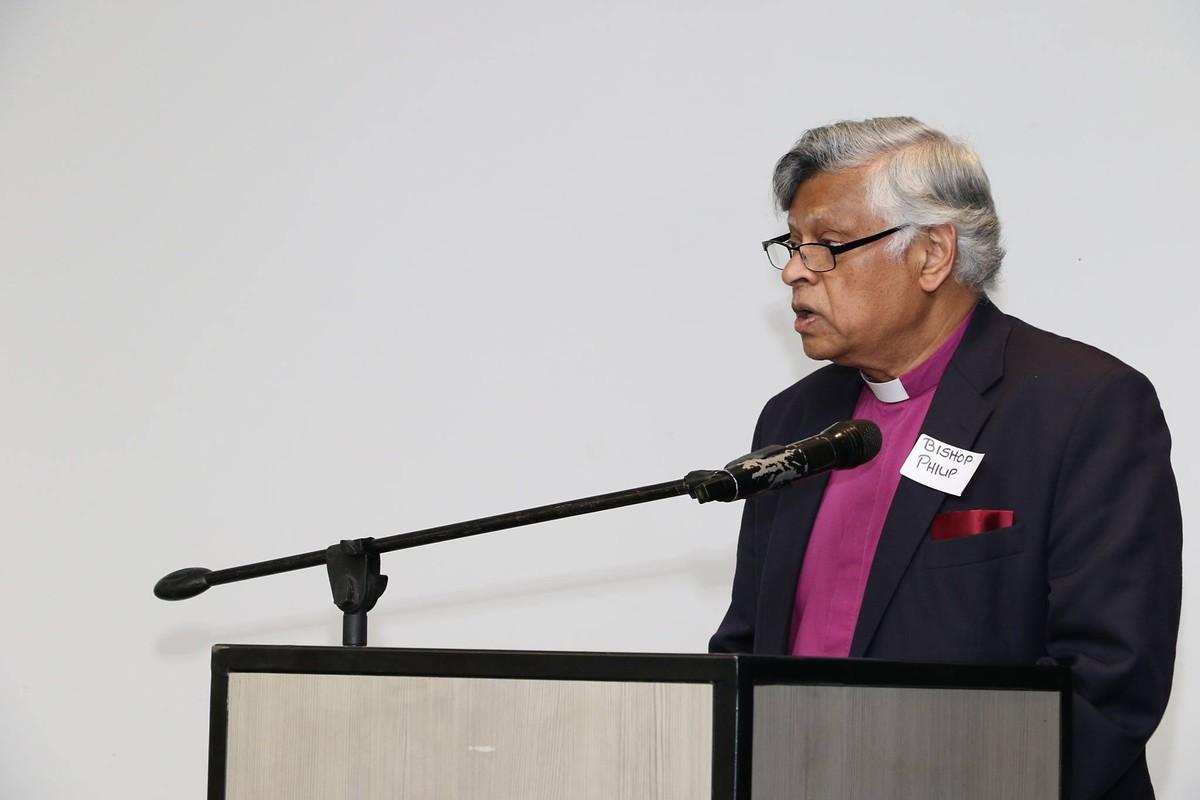 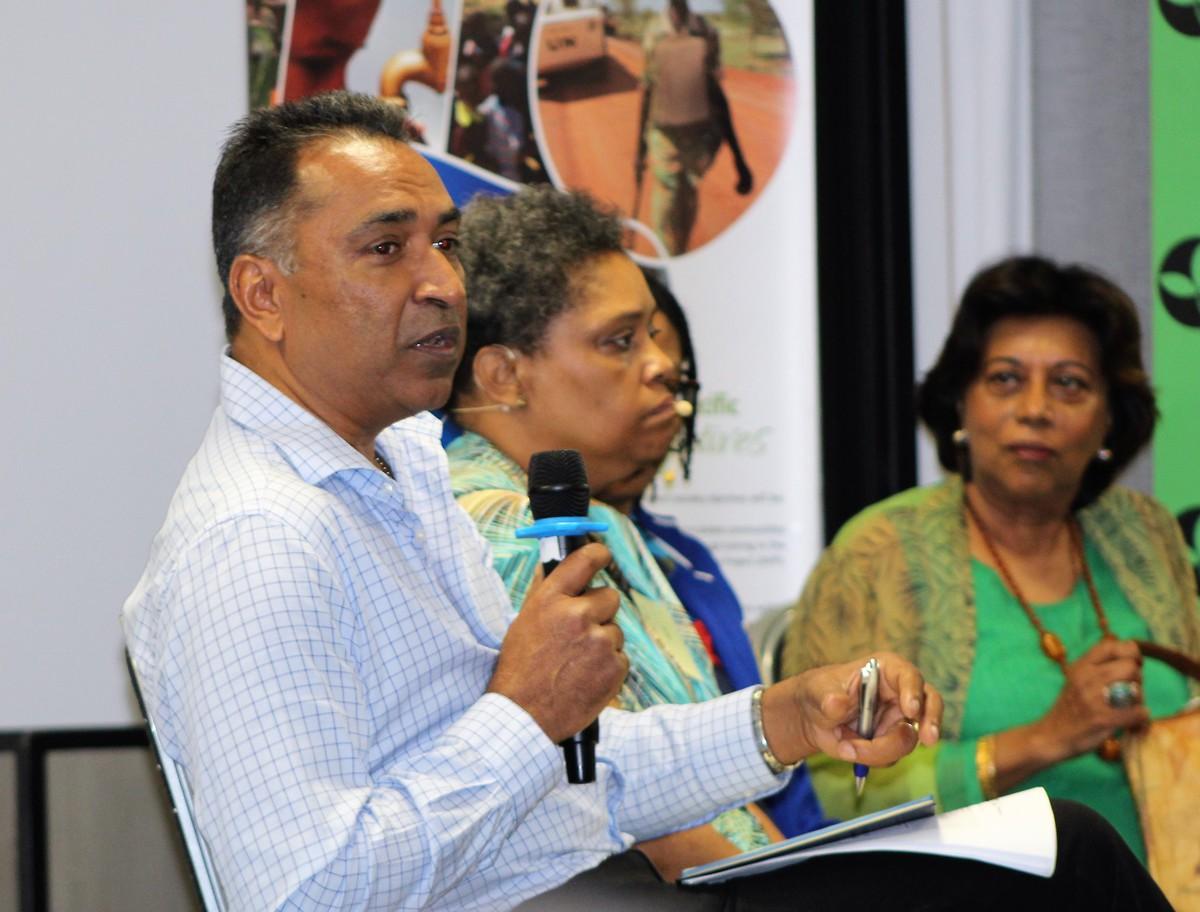 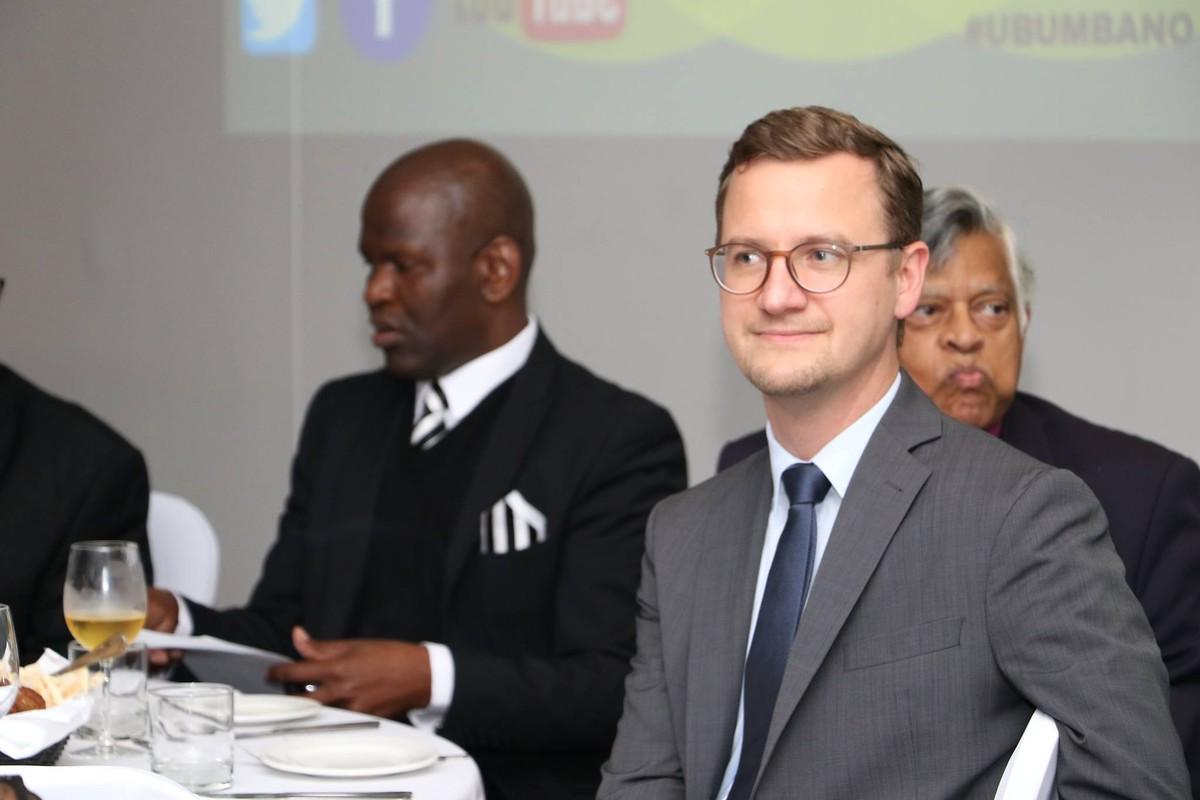 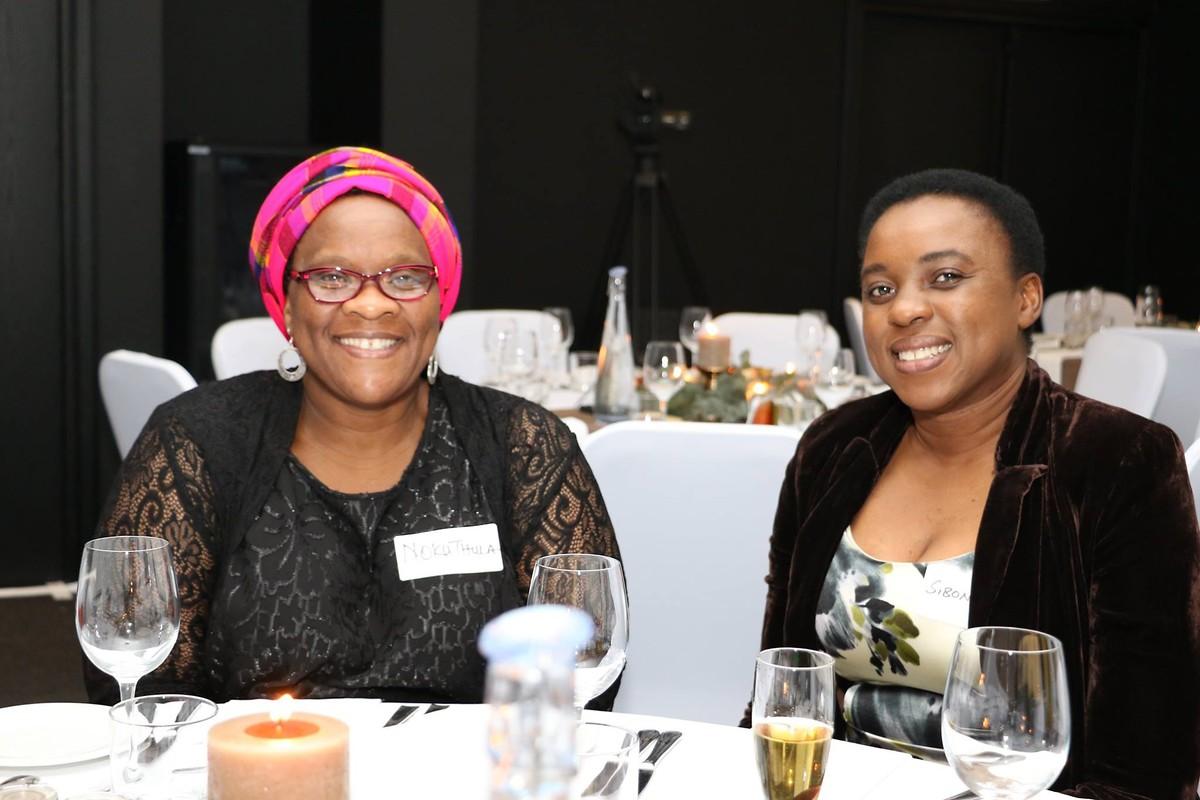 Participants at the Gala Dinner. 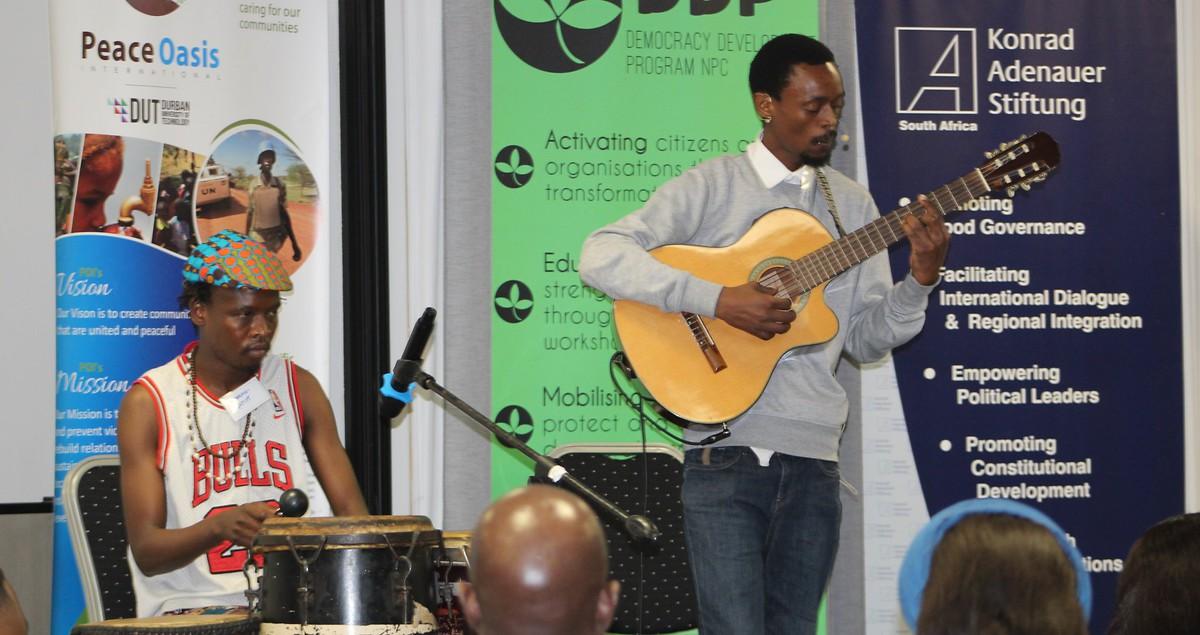 A musical performance during the break.

According to DDP programs director Dr. Paul Kariuki, the conference is a starting point of many conversations around causes of prevalent relationship divisions in the country. “So far South Africans and those who are involved in this nation have been focusing towards race. Our argument has been, race is not the only divider of relationships in this country, there must be something else. We convened the conversation as a starting point to begin to unearth what is it that is keeping the society divided. Race could be one of them but there must be something else,” he said.


Dr. Kariuki added that another reason for this conference was, among other things, to create an opportunity for citizens and other role players such as business people, religious groups, and academics to come together and explore viable actions that can be taken to deal with underlying issues collectively. “There is no one particular body of society that can address the challenges faced by the nation right now on its own, it would need a collective action. But then we need to define what is it that we could do together so that we could harness our energies to deal with it and move forward,” said Dr. Kariuki.


Under the theme ‘moving from identity-based conflict to a shared future’ we brought together representatives of different groups and created a platform for people to unpack their experiences, questions and suggestions around various topics.


Politics, power, race, sexuality, exclusion, and marginalization were among burning topics discussed, where participants used the platform and exchanged thought-provoking and emotion evoking questions and comments. Brian Minga, a participant in the discussion said that for people to be social cohesive, it is fundamental to first identify and embrace their differences. “In every human society there is a need for understanding and tolerance to develop and move forward because community as a body needs to have one heart, so it could function properly. Social cohesion allows, I think, people to first identify the diversity among them and celebrate it; and make those differences bridges rather than separation walls,” he said.


Nonkululeko Hlongwane, a project manager at Activate said that a conversation around social cohesion was fundamental for young people. “Social cohesion is not an event but it is an everyday thing where you walk into a community or a room and you are the only black or white person and nobody speaks to you. Going to the bank to apply for a funding and not being granted that funding because you are black".


“Social cohesion is in our everyday, we are constantly reminded either through the system, conversation or our social circles that one or many of us do not belong. I think when we come into spaces like this it is important not to leave it at a cloud sense of social cohesion but to be able to relate to real life stories as to how social cohesion looks like on every single day basis,” Hlongwane said. She also highlighted the importance of speaking about social cohesion from different contexts. “The biggest mistake we ever make is to provide blanket solutions. The biggest thing I have taken away today is realizing that we can speak about social cohesion, but it looks differently in different groups and communities”, she said. 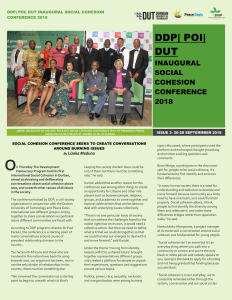