The Role of Law in Constituting a Contemporary South African Identity

On 11th July 2018, the Konrad-Adenauer-Stiftung (KAS) in cooperation with the Centre for Unity in Diversity (CUD) hosted a roundtable discussion on the topic “Law and Identity: The Role of Law in Constituting a Contemporary South African Identity”. Please find below an event report.
July 13, 2018 Ordering Information 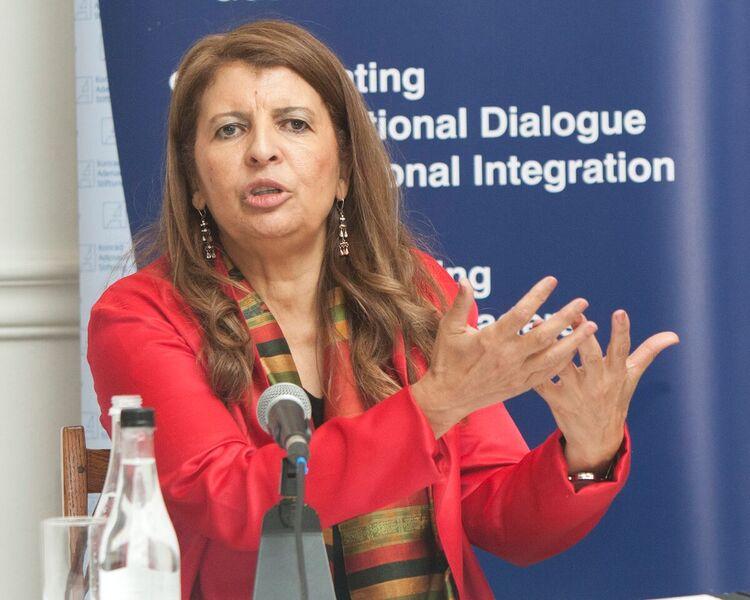 The audience during the keynote address 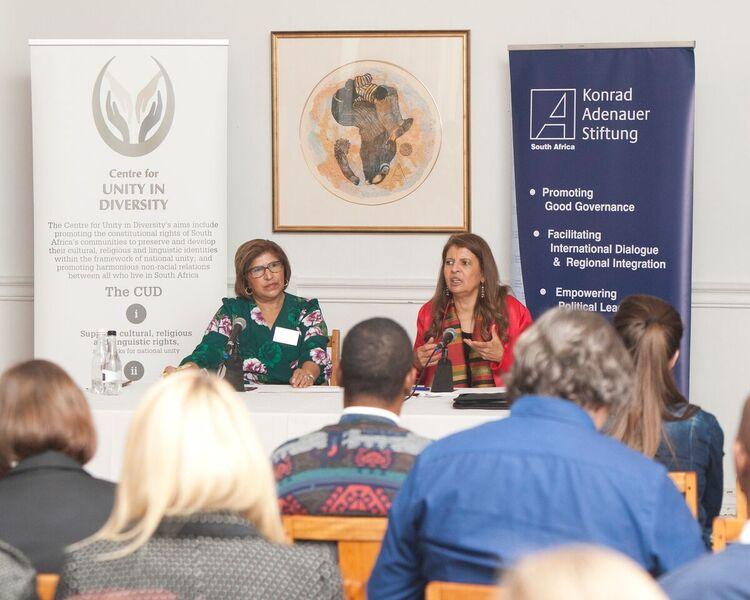 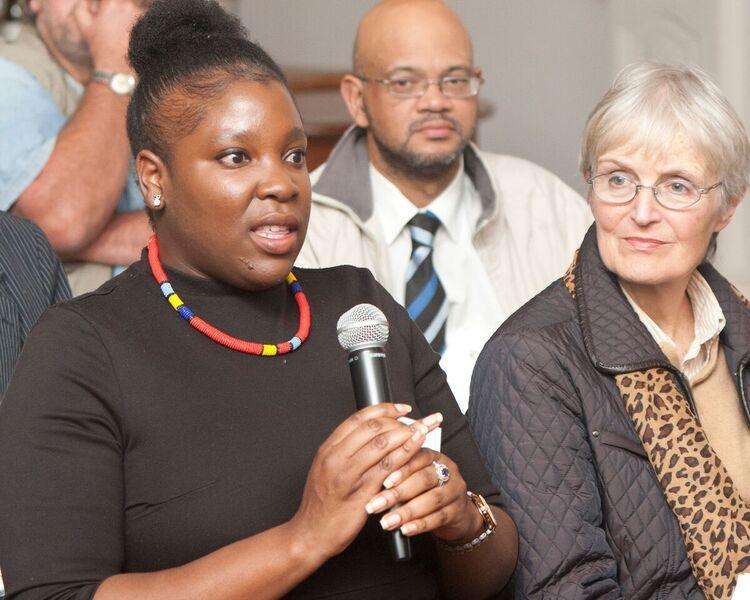 A participant during the debate 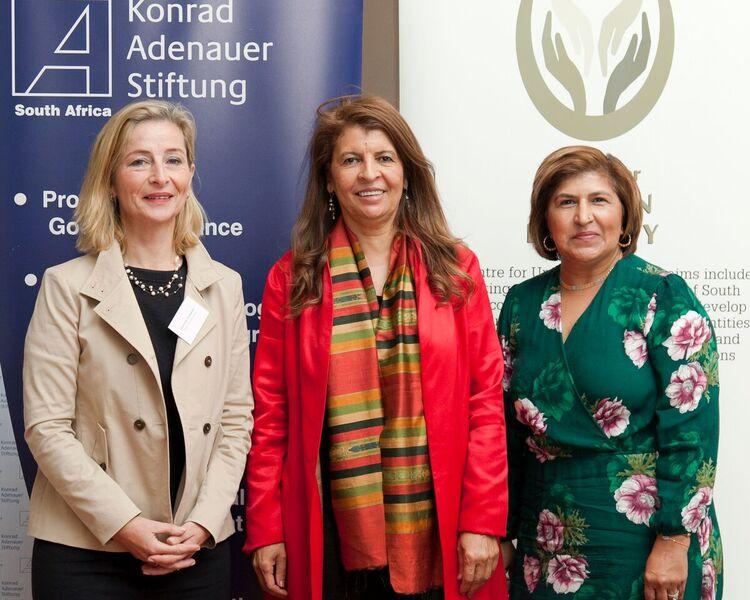 The keynote speaker who was invited to share her thoughts on the topic was Professor Penelope Andrews, Dean of the Faculty of Law at the University of Cape Town (UCT) and renowned South African Human Rights scholar and advocate. The well attended discussion took place at 6 Spin Street Restaurant in Cape Town and attracted participants from academia, government and civil society. In light of the discussion’s theme, the event aimed at reflecting both on identity in general as a complex and ambiguous concept but also in the particular context of South Africa’s “Rainbow Nation” with its diverse population and contested identity.

Identity as a Diverse and Contested Concept

Ms Zohra Dawood, director of the CUD, opened the event by giving some introductory remarks on the importance of the concept of identity – due to its broad scope, en-compassing questions of race, gender, language, religion, culture, sexual orientation and many more. Furthermore, she noted the topic’s constant relevance since history has proven that identities are by far no static notions but are fluid and can be shaped over time.

Thereafter, Ms Christina Teichmann, project manager of the KAS Office Cape Town, addressed a welcoming word to the audience, introducing the mandate of the Foundation in promoting good governance, democracy and the rule of law in South Africa. Accordingly, Ms Teichmann also highlighted how for KAS as a German political foundation, especially political identity has always played a crucial role in understanding voting behaviour in South Africa since 1994 and continues to be an important factor when analysing election outcomes.

In order to present her view on the role of law in constituting a South African identity, Prof Penelope An-drews, who has extensive expertise in the field from researching at both South African and American universities, structured her keynote along three main aspects.

First of all, she reflected on the construction of identity during Apartheid, claiming that Apartheid was essentially infused by racial identity. In that context, she recalled that starting from the hospital you were born in to the school you went to and the relationships you had, during Apartheid, everything was about racial identity. In that regard, from her point of view, the law played a crucial role in maintaining the system of Apartheid and thus enforcing certain identities.

Identity in the Constitution

Secondly, Ms Andrews gave an overview of how questions of identity and Human Rights are addressed in South Africa’s Constitution, recognizing the Constitution as one of the most remarkable documents in South Africa. While mentioning that the Constitution does indeed entail various references to values of human dignity and equality and quoting the preamble which speaks of “we, the South African people”, Andrews showed her concern that these provisions do not match the political and social reality in the country.

The Way Ahead for South Africa

Finally, Prof Andrews shared her ideas about the way ahead for a South African identity, however bearing in mind that the history and its influence on the South African people still shape and to a certain extent hamper this development. In general, she found that there are certain ideals enshrined in the Constitution and attempts are being made by different sectors of society to strive towards a non-racial notion of identity in South Africa. However, according to Prof Andrews, there are still major challenges impeding this development: to begin with, the unequal manner in which resources are shared stands in the way of forming a cohesive South African identity. In line with that, also the institutionalised racial notion of identity and white privilege, alongside gross human rights violations, should still be a point of concern in this context. As a last aspect, Prof Andrews also emphasised the perceived tension between a global citizenship and a South African citizenship while in her view, it is possible to complement both given that identities are contextual and can be seen as moving parts.

Following Prof Andrews’ keynote address, the audience got involved in a lively and diverse debate, which was moderated by Ms Dawood. Participants discussed and followed up on the main aspects of the highly appreciated keynote address, as well as sharing their own experience and thoughts on identity as South African citizens. Finally, Ms Dawood closed the event with some concluding remarks, summing up the insights seen on the role of law in constituting a South African identity and thanking both Prof Andrews for her speech as well as KAS for the cooperation to host the event. 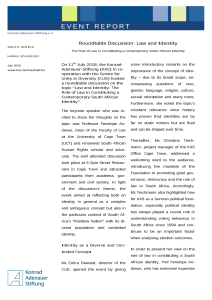