New or False Dawn: Dreaming a New South Africa into being

“New or False Dawn: Dreaming a New South Africa into being” was the title of the keynote speech by renowned Political Analyst Aubrey Matshiqi at the Ubuntu Business Breakfast at the One&Only Hotel in Cape Town on 19th October 2018. The breakfast was jointly hosted by the South African Ubuntu Foundation (SAUF) and the Konrad-Adenauer-Stiftung (KAS).
October 26, 2018 Ordering Information 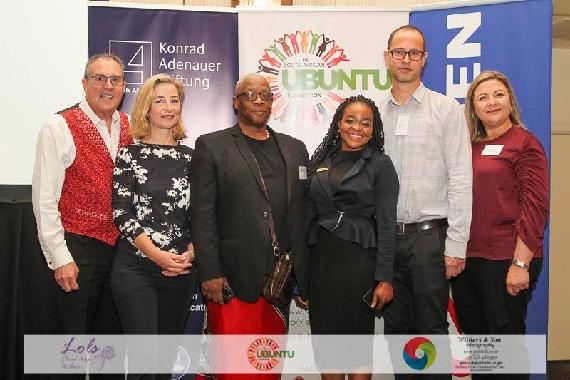 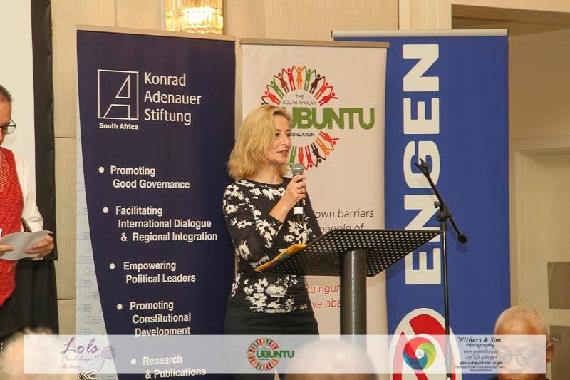 Christina Teichmann, KAS Project Manager, welcomed the audience on behalf of the Foundation. 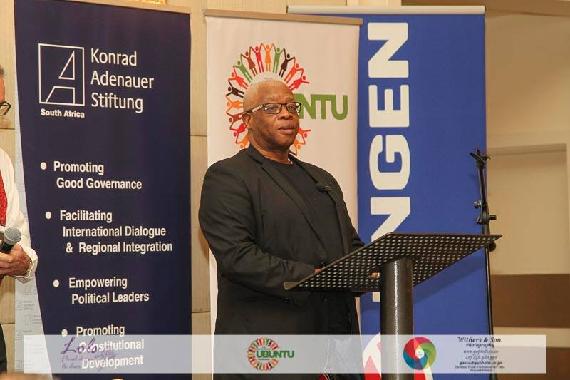 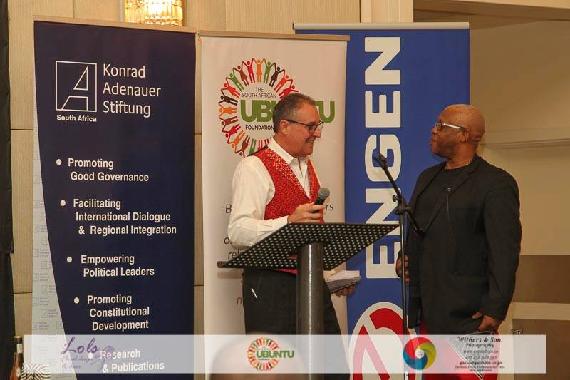 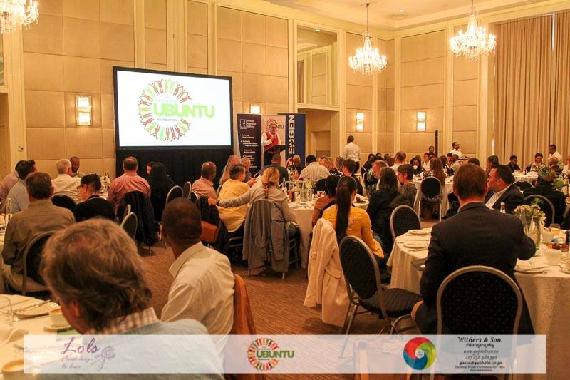 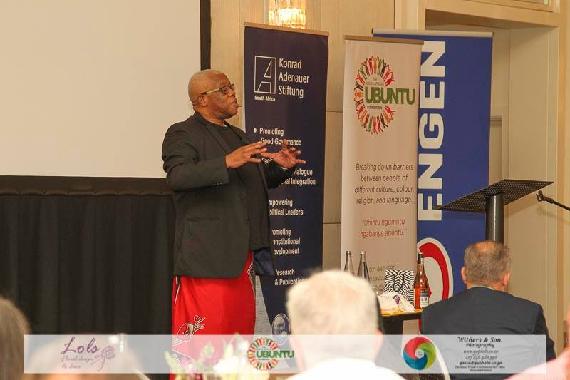 The speech of Aubrey Matshiqi was centered around the topic "New or False Dawn: Dreaming a New South Africa into being

The opening remark by Kevin Chaplin, Managing Director of the Ubuntu and Amy Foundation, was followed by a brief welcome by the various sponsors. Christina Teichmann, KAS Project Manager, welcomed the participants on behalf of KAS and pointed out that the title of Aubrey Matshiqi’s speech entailed two crucial components. On the one hand, the title refers to the hopes and expectations of many South Africans in a post Zuma era such as combating corruption and high unemployment and strengthening good ethics and values in public services. On the other hand, the title includes the question of what South Africa should look like in 20-30 years.

In this context, political analysis represents a key component, as it helps to get a better understanding of the current situation and allows identifying future trends.

Aubrey Matshiqi started his presentation by reminding the audience of Cyril Ramaphosas promise of a new dawn in February 2018. However, from today’s perspective, this statement appears to have lost its credibility as public support for Ramaphosa decreases.

According to Matshiqi, by the time former president Jacob Zuma resigned and Ramaphosa assumed office, corruption was no longer endemic but systemic. Corruption became the new dominant culture of the state, including the private and public sector. Due to this development he addressed the question of how South Africa got to this critical point so quickly. In his view, the answer lies within the political system of South Africa. The system hasn’t been competitive for too long, producing a single party dominance of the ANC as a ruling party and a single party dominance of the Democratic Alliance as the official opposition. If a single party is ruling for too long, so Matshiqi, it becomes, like in the South African case, desensitized to the interests and needs of the people.

In the following, Matshiqi referred to different institutions operating within this system, such as the National Prosecuting Authority (NPA). According to him, these institutions have not changed under Ramaphosa and – as already under Zuma – are still run by servants who serve the politically connected instead of serving the public. The high level of euphoria and hope that emerged after Ramaphosa’s election as the new president of South Africa can be explained through the principle of echo chambers. Matshiqi indicated that South Africans live in such a closed system, in which “ideas are propounded from the top of the chamber and the rest belonging to the chamber uncritically repeat these ideas”.

Afterwards Matshiqi pointed out that, apart from the corrupted system, South Africa is facing an even bigger challenge which is inequality. As long as the huge gap between rich and poor continues to be ignored and is not tackled decisively by the ruling elite, South Africa will not know true peace. He stressed that this problem is still trivialized in public, for example by the media. According to Matshiqi, the desperation of those affected by the far-reaching consequences of inequality is evident in violent protests as a last resort to make themselves heard.

Matshiqi concludes that in order to undo these critical developments of an increasing culture of corruption and persistently high levels of inequality one firstly needs to address the question of how to establish a proper social, political and economic order. In this context, Matshiqi claims that if people believe that the salvation of South Africa lies in the hand of one powerful and charismatic man, they will experience an endless waiting for a new dawn and a better life. A new dawn does not depend on a single individual and instead of asking what kind of leader South Africa needs, one should ask what kind of social, political and economic order the country needs and what people can help to achieve this order. Hereby, Matshiqi expressed his doubts concerning the competence of the ANC to solve current problems as, in his view, “the ANC is no longer the vehicle for revolution”. He encouraged the audience to think beyond those political parties that are dominant today, because they may not be in the future.

Matshiqi closed his speech by highlighting once more that a new order will only be achieved by taking a lead in strengthening the justice system, transforming the structure of the economy, combating corruption and inequality and addressing issues of land structure and race. So far, these topics have not been seriously tackled. A new dawn will depend on the quality of decisions South Africa, its citizens and government are making today. 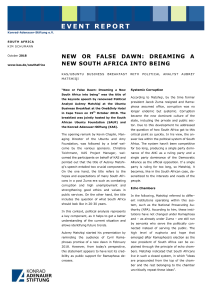