Dialogue on Faith and Economics

During Cardinal Marx's visit to Southern Africa, the Office of the Anglican Archbishop Thabo Makgoba, together with the Ecumenical Forum South Africa (EFSA) and the Konrad Adenauer Foundation, organised a seminar on market economy, social justice and the mediating role that the Church must play between business, politics and people.
June 1, 2018 Ordering Information 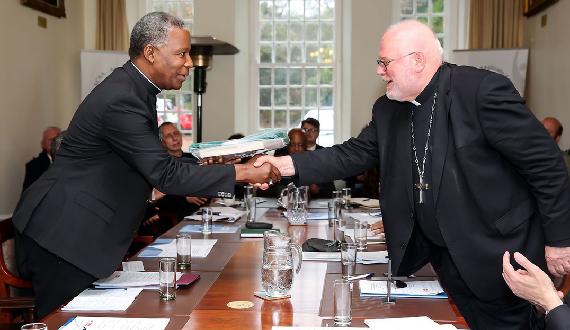 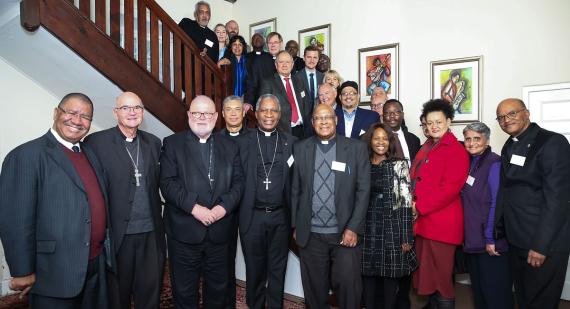 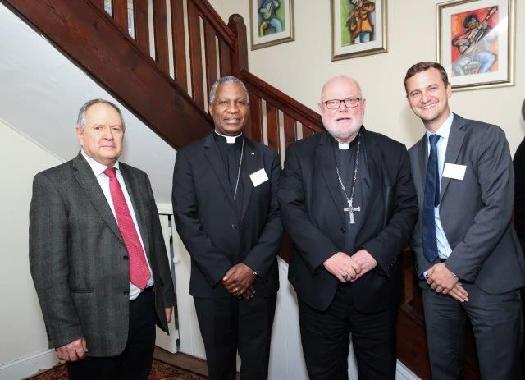 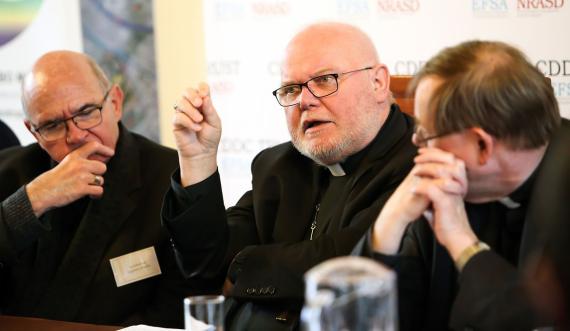 Cardinal Marx argued enthusiastically for an active role of the church in civil dialogue.

After Cardinal Reinhard Marx, President of the German Bishops' Conference, had participated in a five-day German-African bishops' meeting in Madagascar, a short visit to South Africa was arranged. One of the priorities of the trip was discussions with representatives of the Church. The focus was placed on the situation of South African society and the role of the church within it.

In Cape Town, at the invitation of the Anglican Archbishop Dr. Thabo Makgoba, Cardinal Marx met with leading representatives of churches and other religious communities as well as of non-governmental organisations and mining companies to jointly discuss the social and ecological problems of South Africa's economy using the example of the mining sector. Among others, Barend Petersen (Chair of De Beers Mining) took part in the discussion.

Cardinal Marx vividly outlined his vision of a just market economy. According to the Cardinal, the state has a responsibility to create social justice and prevent any "excesses of capitalism". He argued that the market alone cannot be the basis of a just society. Rather, it requires a state structure in which the market economy is efficiently embedded. The focus must always be on the common good of mankind, said the young Cardinal. To achieve this, a constant dialogue between employees and employers is needed. Marx stressed that social progress cannot be equated with the material wealth of a society. While business representatives often think in short-term periods and seek quick profits, positive social change is only possible through long-term and sustainable thinking. Ways must be found to ensure that all sides win in the long term.

One of the main topics of the discussion was the role that the church has to play within social dialogue. Cardinal Marx emphasized that the churches play a mediating role, they have the task of initiating social dialogue and development and building bridges. According to Marx, the church benefits from being perceived as an "honest mediator". It has no self-interest and is therefore particularly credible.

Barend Petersen, CEO of de Beers, used the mining industry in South Africa as an example to illustrate how difficult it is to consider and involve all the different interest groups. He described the church as an important mediator, but also as one who must be alert not to let himself be captured by one of the interest groups.

Archbishop Dr. Thabo Makgoba made it clear that the dialogue of church leaders and leaders of other religions with business must continue. This requires the necessary structures. Contact with business and politics must also be pursued in the future.

All who were present agreed that the church must also be accessible to people of other faiths. In addition, an inclusive approach should be pursued, for example, mediation should not only be undertaken between employers and employees; marginal groups should also be included in the dialogue. 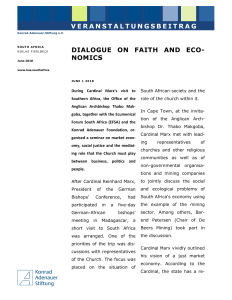 Dialogue on Faith and Economics