On 1st and 2nd August 2018, another workshop for traditional leaders took place at Chikale Teachers Development Centre in Senior Traditional Authority Chikowi, in Zomba. For two days, 45 participants were introduced to the new land law in Malawi. The workshop was financed by KAS and carried out in cooperation with the organisation partners National Association for Smallholder Farmers in Malawi (NASFAM) and LandNet Malawi.
October 5, 2018 Ordering Information 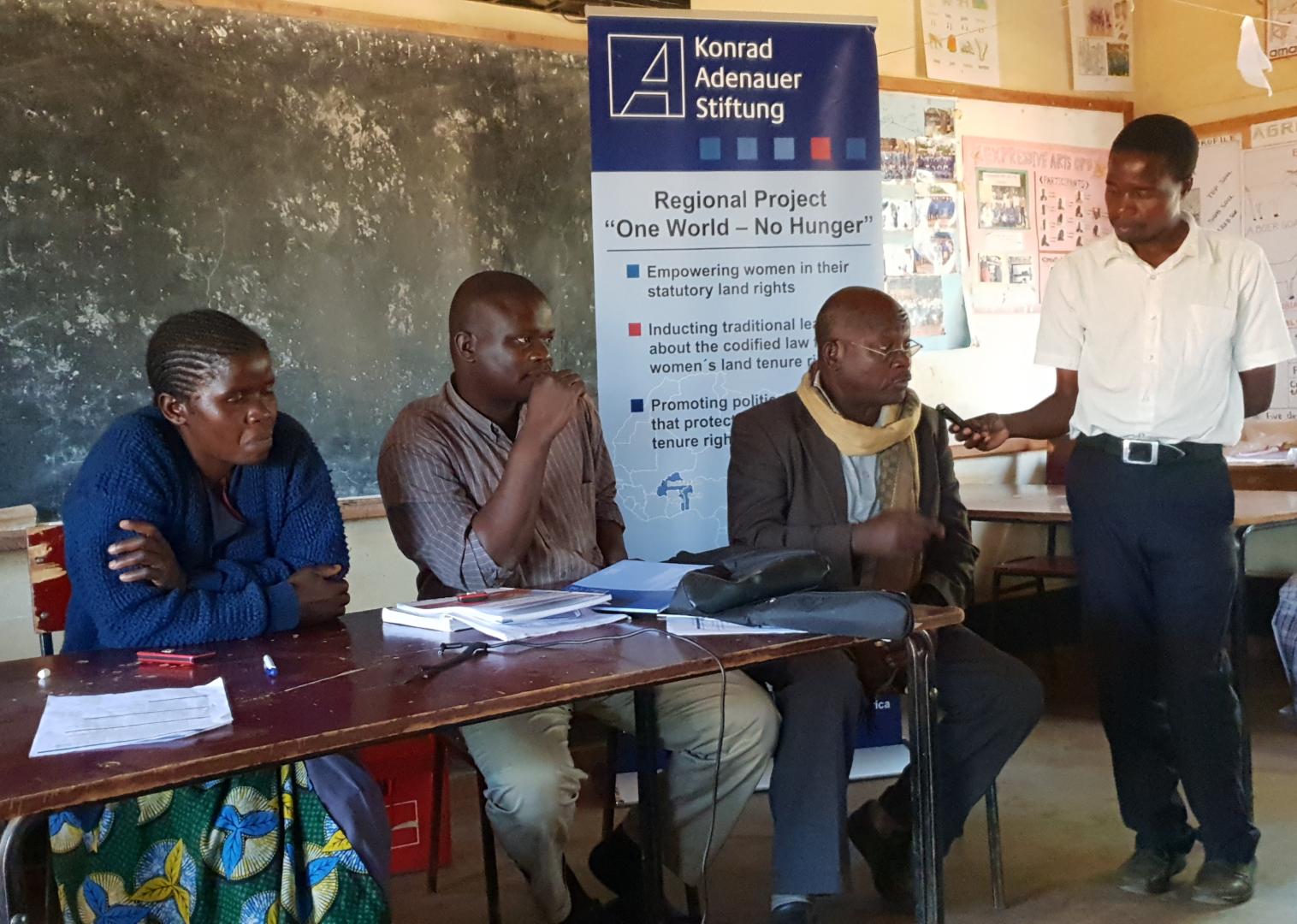 Participants during the panel discussion 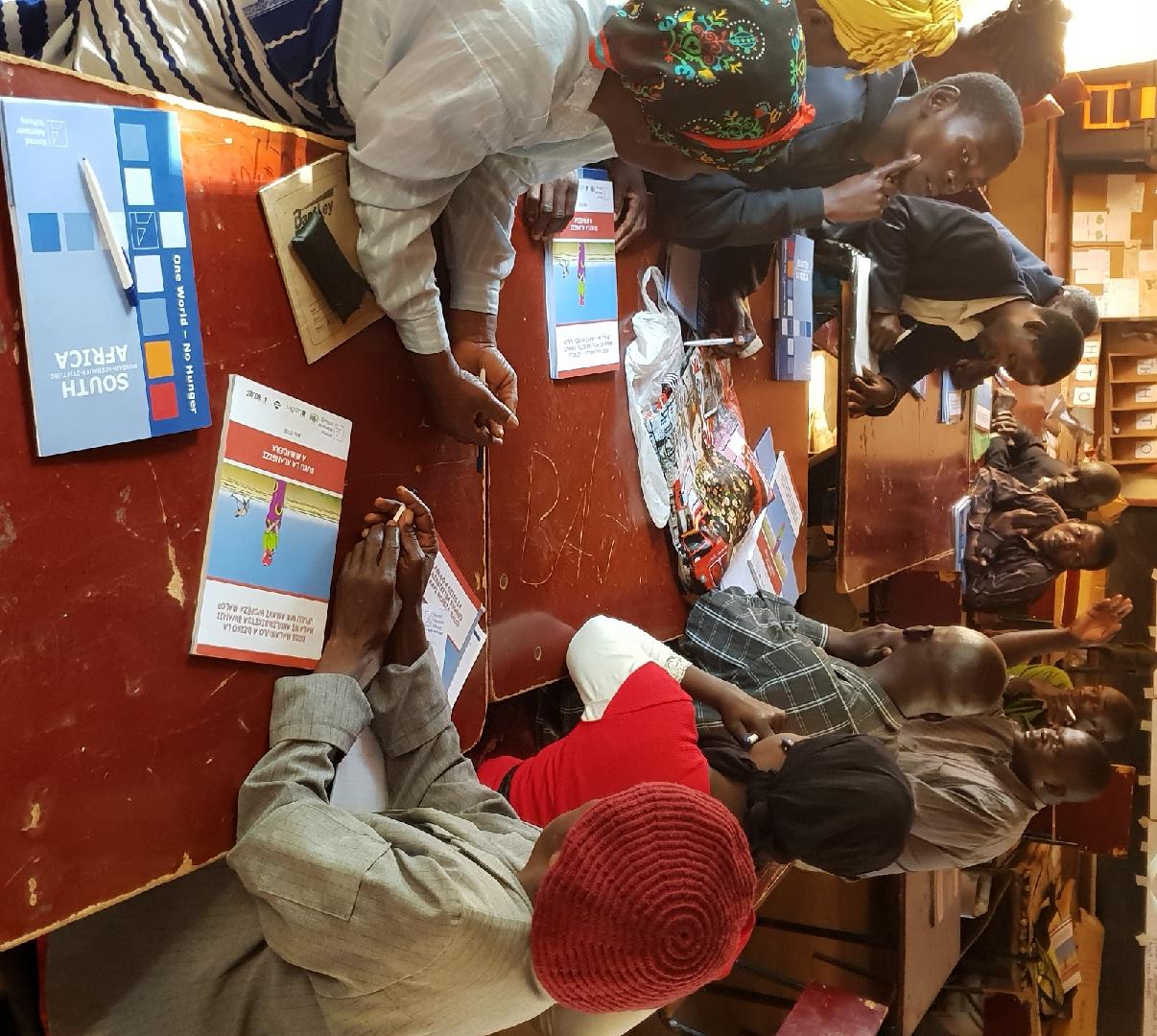 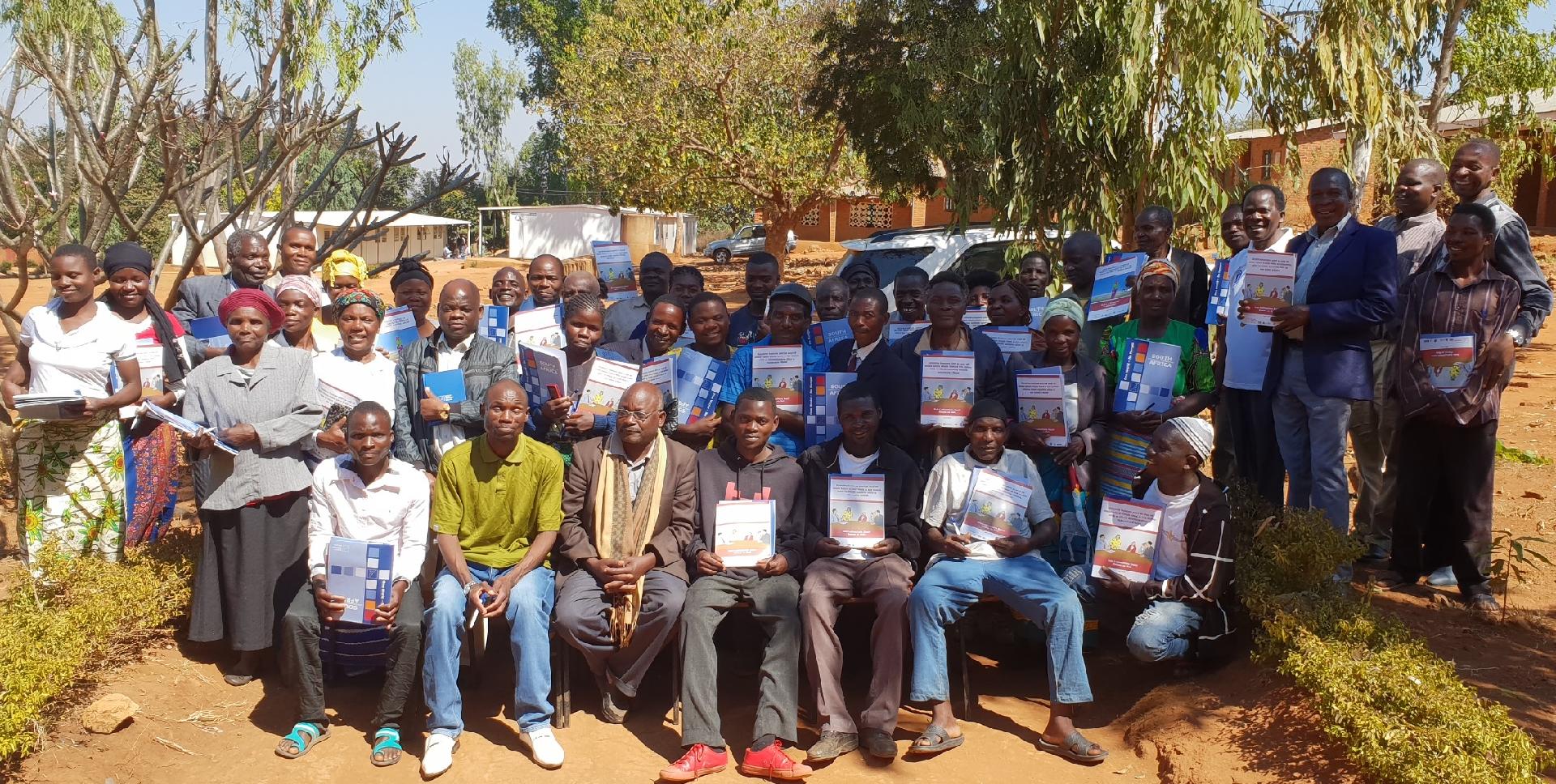 Group photo: All participants after the orientation workshop for traditional leaders 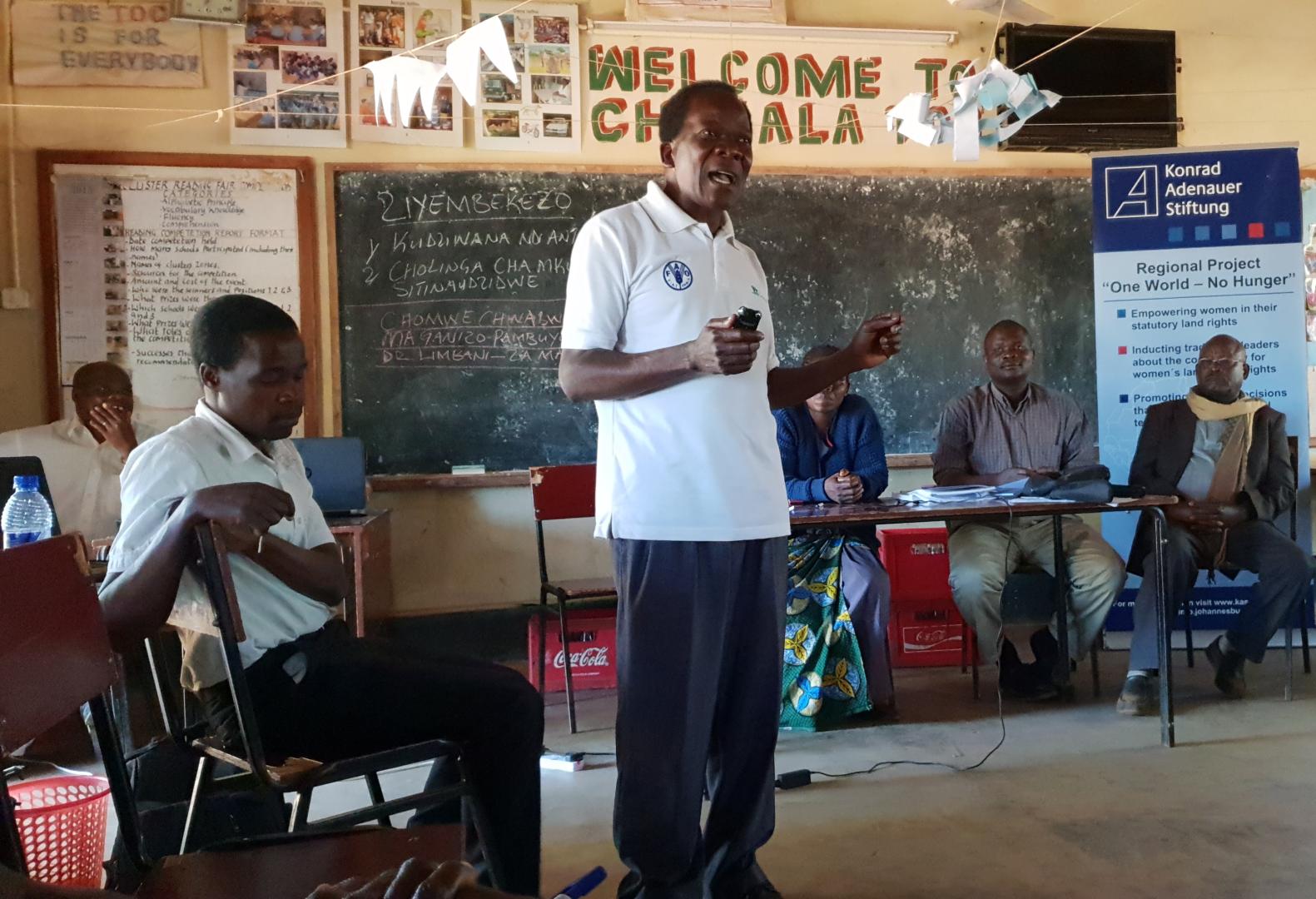 The training for traditional leaders in Zomba district was aimed at empowering traditional authorities to increasingly consider codified law and strengthen the position of women in issues of land use and ownership. The workshop was intended to cover key developments and stages of the land law reform process in Malawi, specific legislations in the new land law that support women’s land ownership rights, and the customary land committee.

Subject matter of measure/Theme of the activity

The intended outcome of the activity was that future actions of trained traditional leaders will be within the codified law as protectors of women’s rights. It was envisaged that the training would strengthen their understanding og how positive aspects of customary and statutory laws can be used to protect land ownership and land use rights of women.

Actors financing and organising the event

The workshop ran for two days (01-02 August 2018) and counted 45 participants from Senior Chief Chikowi in Zomba South, whereby 19 were females. Chanco community radio producer also attended in order to record workshop proceedings. The radio estimates its audience at about 1.5 million listeners. A two-member comedy team also attended the workshop. Considering the high levels of illiteracy in this area, they should enhance meaning to the critical importance of women’s land rights.

The workshop content was mainly delivered through interactive plenary discussions. Participants were free to ask questions and make contributions. The first day included a group discussion in which participants were asked to recall case studies on women land rights from their communities which occurred before the new land law and analyzed them in relation to the new land law. On the second day, a 25-minutes session was devoted to a panel discussion to evaluate the level of intake by the participants by assessing the quality of both the questions and responses.

The National Context: land matters in Malawi. This topic was relevant in enlightening the participants on the causative issues for the land law review. It highlighted critical issues of growing land pressure in Malawi due to competing interests on land including fast growing population or land-based investments. The session discussed land administration challenges where traditional authorities were formally recognized as having the right to control the use and allocation of customary land within their jurisdictions and below them the village leaders were given the power to allocate unused land. Participants also discussed how customary practices marginalized. The presentation zeroed in on the pivotal role of tenure security in achieving right to adequate food and it impacts on other rights.

Historical background of land law review in Malawi. It illustrated how the present land law and policy in Malawi is traced through the formal declarations of British authority over Central Africa and how as a result, the natives lost ownership and control of land and how post-independence land laws were still designed to alienate land from the native customary land owners. Then he zeroed in on processes reforming the land sector culminating in the passage of a new legislative framework in 2016.

A summary of key changes in the new land related laws. This session sought to orient the participants on the new land laws. The approach was that participants would identify some provisions or processes in the outgoing land law and the facilitator would explain how that has changed under the new land law. The Land Act assures tenure security through legislation and titling of customary land owners, especially women. Key changes to the advantage of the smallholder farmer include e.g. that all citizens should have clear title to land that can be registered at a decentralized District Land Registry.

Gender inclusive provisions in the new land law. The discussion sensitized participants on a number of gender related provisions and their implication:

The facilitator commended the new land law in that it recognizes and promotes the right of women to own land in their own right and to hold leadership positions in land matters.

Realising that, in Malawi, codifying the customary land law will go a long way to ensure that customary laws and practices that harm women’s [land] rights should not continue to forcefully apply.

The women chiefs that attended the workshop are greatly empowered and to participate in decision making on issues of land ownership, use and control.

The men-mostly chiefs who participated have been exposed to the need to deal with gender discrimination in land administration based on the new law.

The workshop helped to demystify wrong messages the community received from ill-intended sources and allayed their fears about the new land law. There was an outcry for more community awareness meetings considering that the new land law introduces massive changes to the rules of the game in land administration and especially that it impacts on customs and traditions.