‘Raise hope’ was the rallying cry of Roelf Meyer’s speech on South Africa’s financial and social crisis. Too many South Africans, wealthy and poor, do not believe in the return to health of South Africa’s economy. On 7th of August 2019 the famous negotiator Roelf Meyer inspired the attendees of this UBUNTU breakfast to shape the future of South Africa for the better.
August 19, 2019 Ordering Information 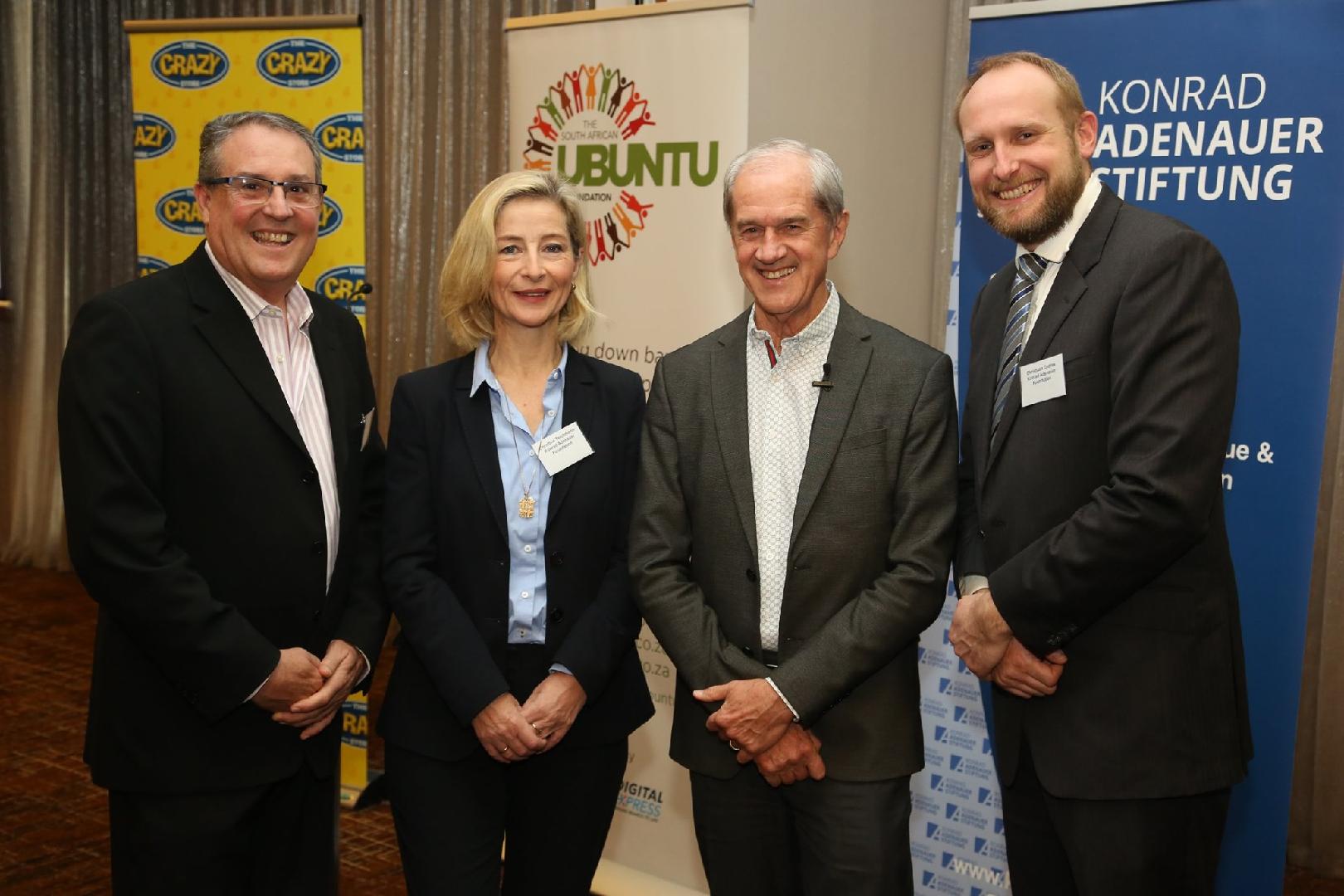 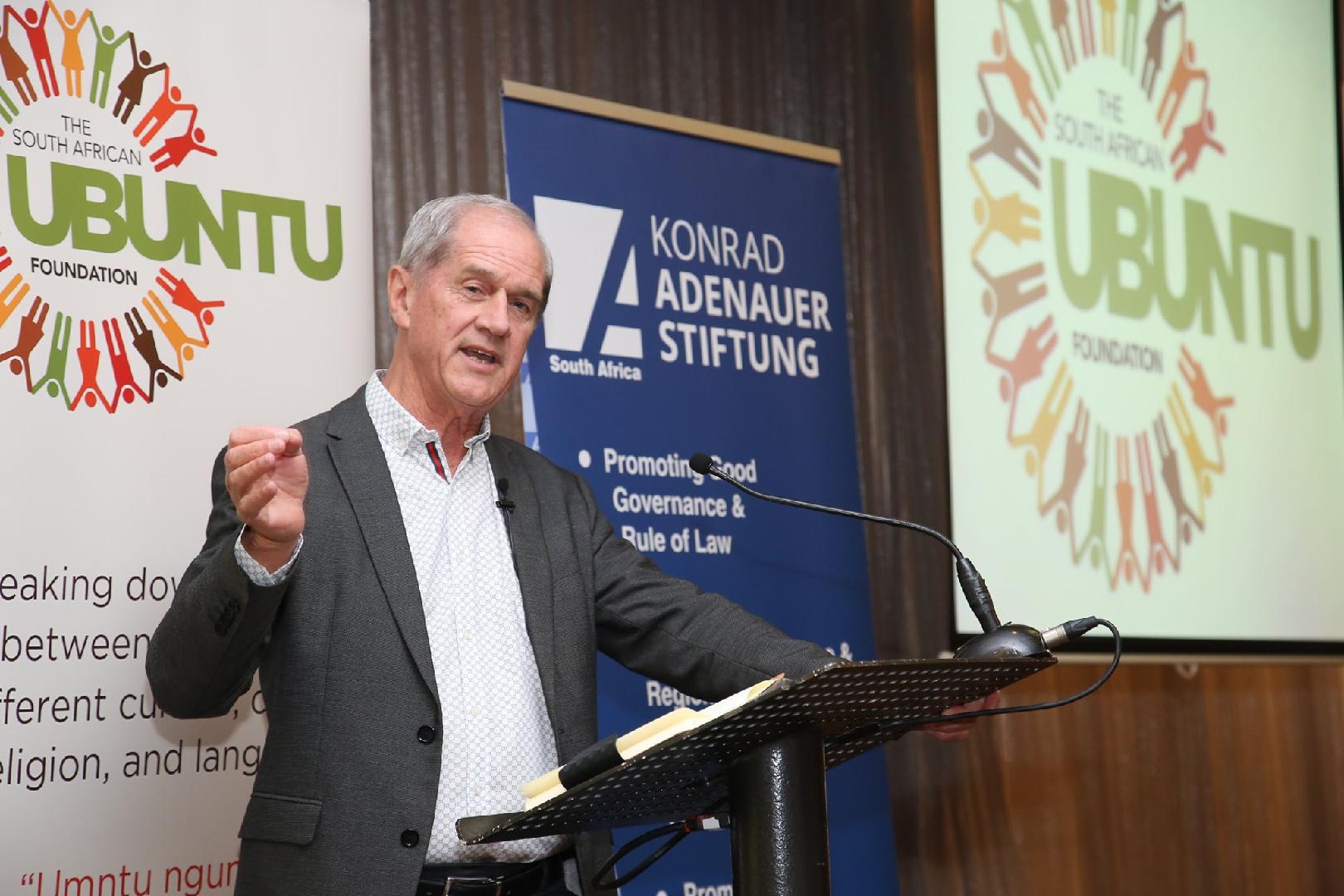 Roelf Meyer during his speech 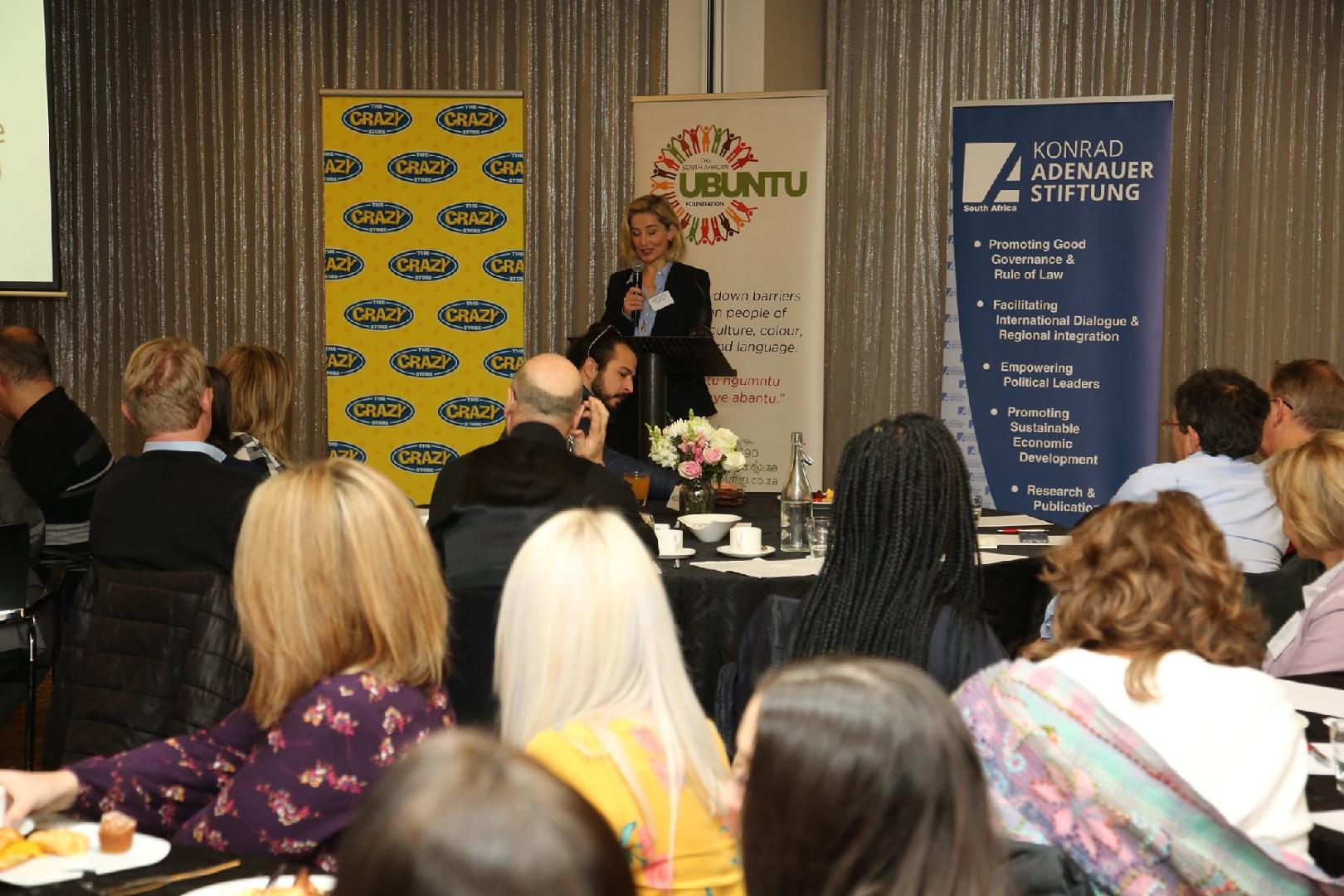 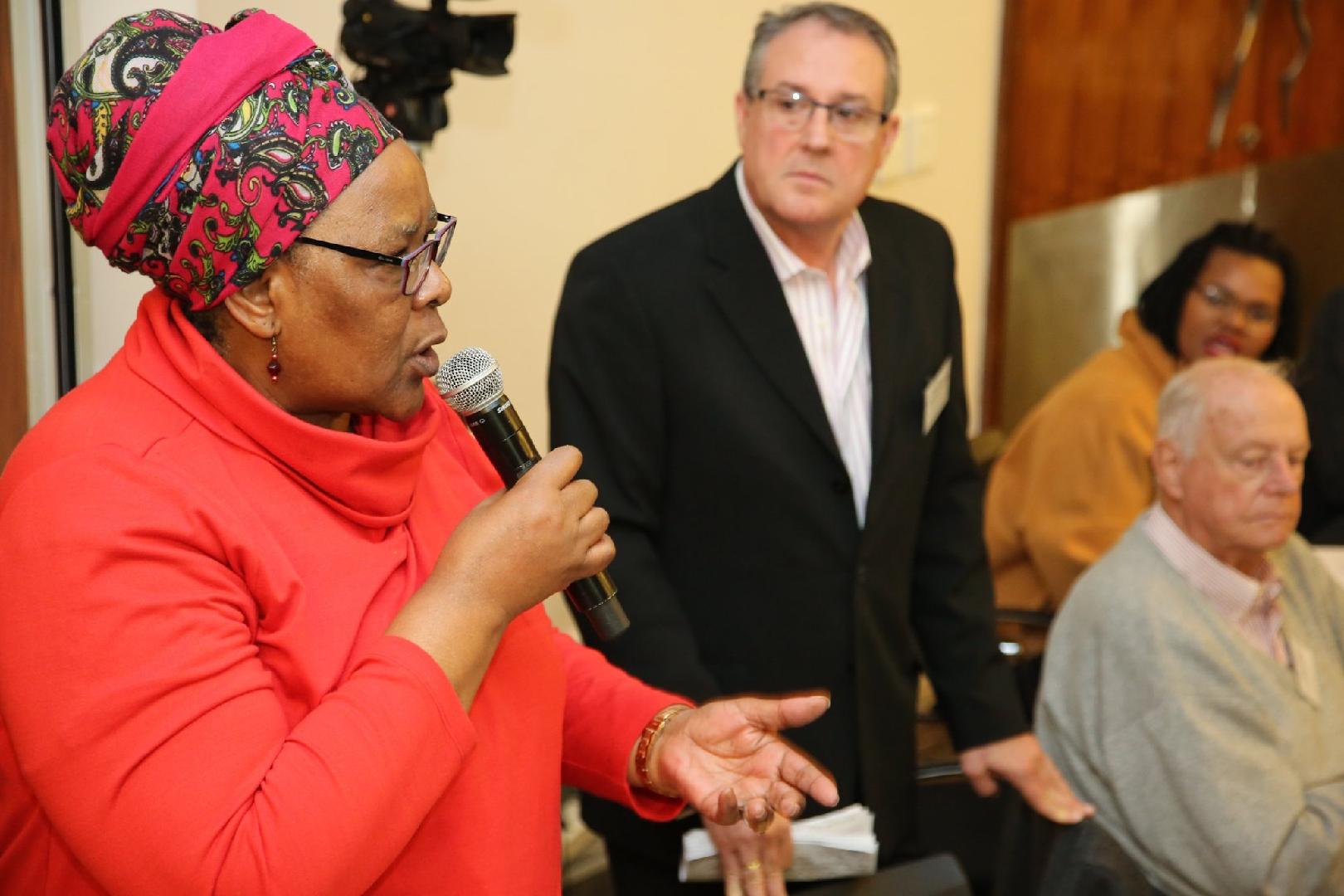 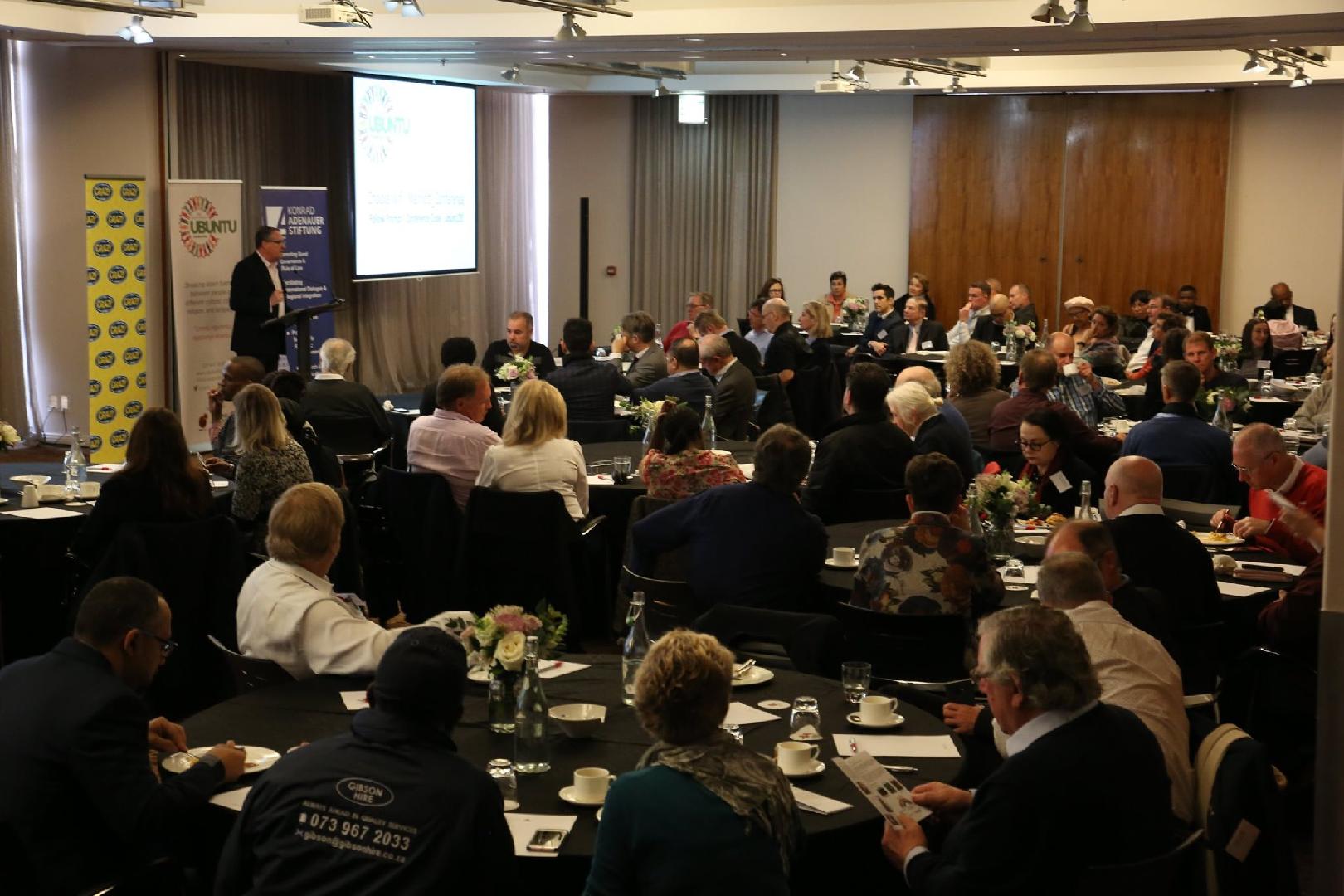 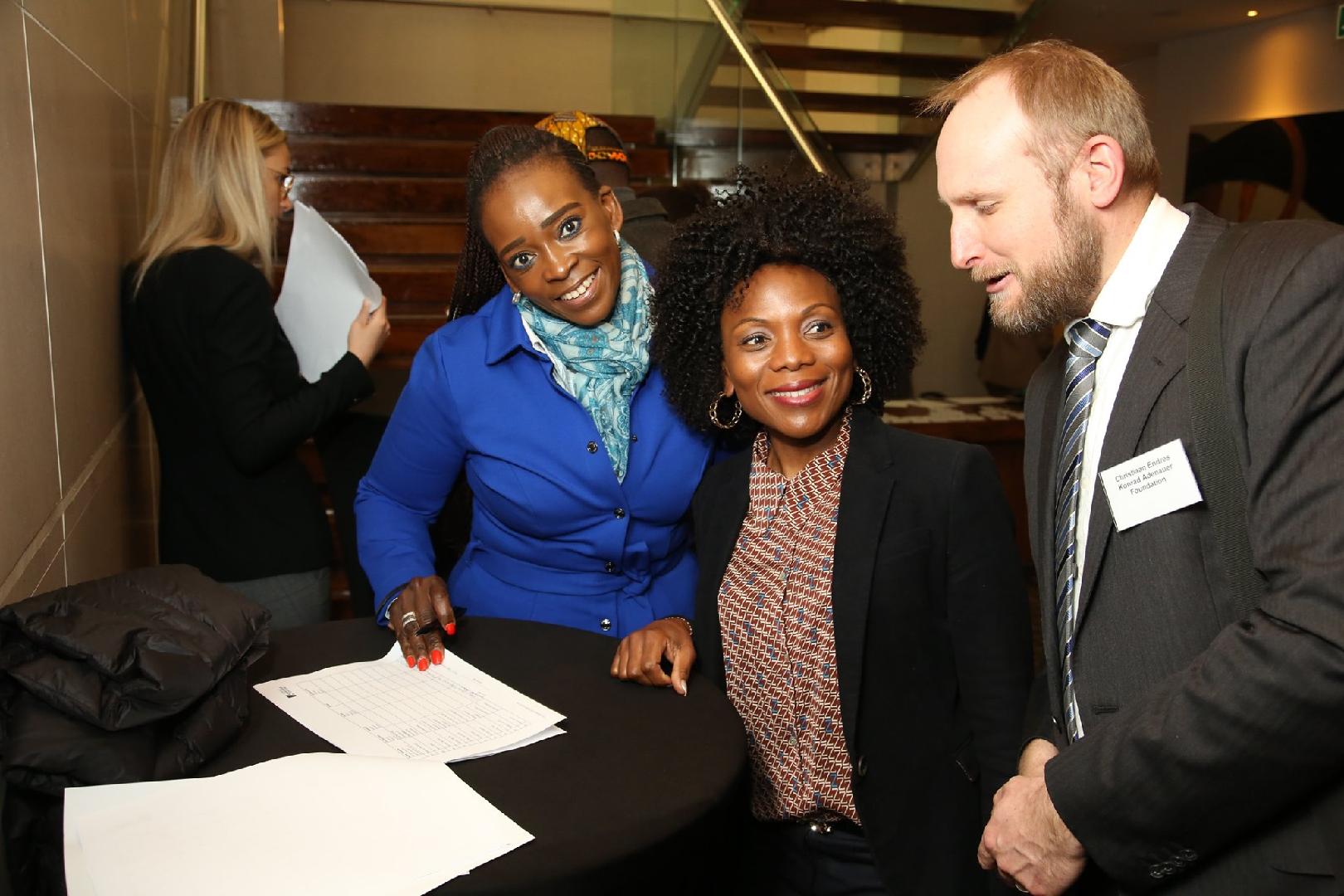 You can find a video of the event on Youtube.

Christina Teichmann, KAS Project Manager and Coordinator of the new KAS initiative “Strong Cities 2030”, introduced the event with a warm welcome. After introducing the mission of the Konrad Adenauer Foundation, Teichmann elaborated the benefits of the social market economy, which brought prosperity and social stability to Germany. Furthermore, Teichmann reminded the audience how Roelf Meyer’s diplomatic skills paved the way for his cooperation with President Ramaphosa during South Africa’s transition to democracy. According to Teichmann, South Africa is currently confronted with a major economic crisis and the fact that the ANC party is split complicates the situation.

Roelf Meyer picked up on this theme as he took to the podium. Mismanagement of government and the firing and hiring of finance ministers caused major financial problems, explained Meyer. He compared the current situation with the one in the late 1980s, which brought South Africa’s economy to its knees. He stressed that though Ramaphosa is a president with good intentions, it does not follow that all problems can be solved within a year. Instead, we should support Ramaphosa in order to change our future for the better. South Africa’s politics is based on the best Constitution in the world, Meyer pointed out. However, the negotiations in the 1990s failed to develop a new social and economic compact in South Africa, which now had to be addressed with greater difficulty.

After elaborating his thoughts about the Constitution, Meyer turned to the currently missing interaction between the public and the private sector. In his view, a fruitful collaboration between the two sectors is necessary in order to achieve a growing economy. Too many people are distracted by the question of the land. Instead, Meyer regards South Africa’s under-performing economy as a more urgent political crisis. Unexpected job opportunities, like Uber, can occur and lead to employment. However, Meyer sees a requirement to actively think of new ways how to survive this crisis. For example, reduced visa restrictions for tourists would bring in money to the country.

Finally, he encouraged the attendees not to give up on South Africa, but to help shape a better future for it. The breakfast with Roelf Meyer ended with a lively discussion on the current dysfunctional education-system, the negativity of South Africa’s media, which also has a disruptive effect on reconciliation, and the question of increasing social unity while living in a society of contradictory political orientation. The attendees agreed on the importance of passing on the positive rallying cry of Roelf Meyer’s speech. 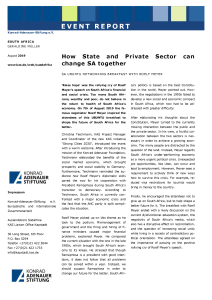