Social Cohesion: It should start with you and your family

The Konrad-Adenauer-Stiftung (KAS) together with the Democracy Development Program (DDP) partnering with various civil society organisations such as Diakonia, Institute for Justice and Reconciliation, Africa Unite and other; held a second annual social cohesion conference in Durban and Cape Town.
September 19, 2019 Ordering Information

The panelists and organisers 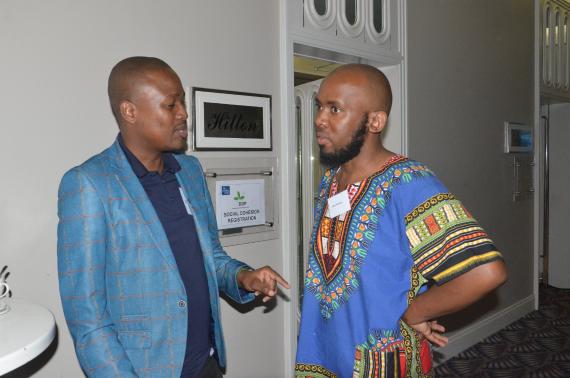 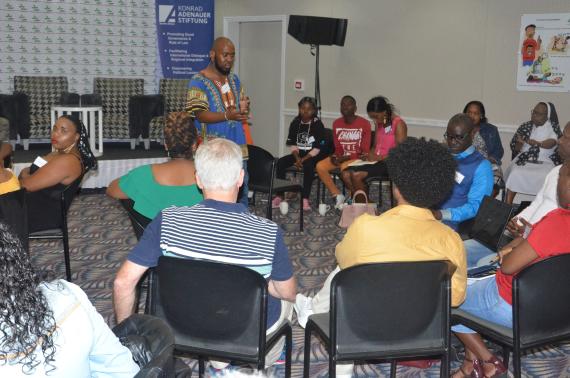 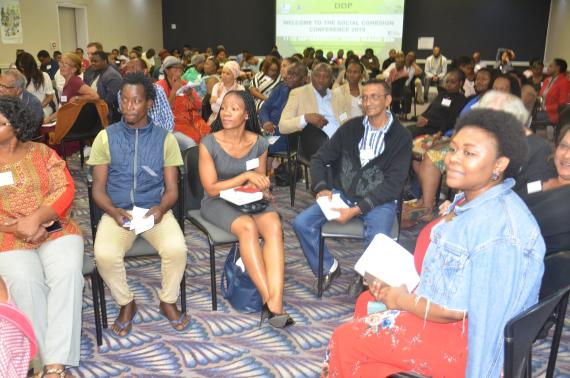 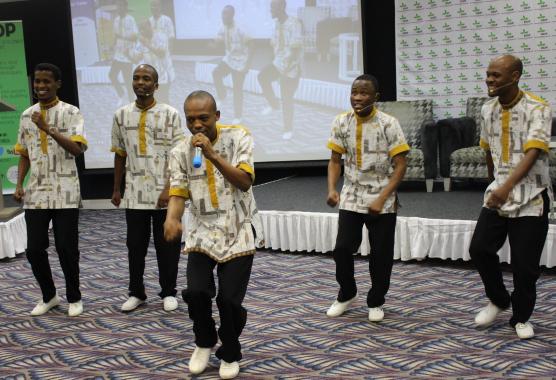 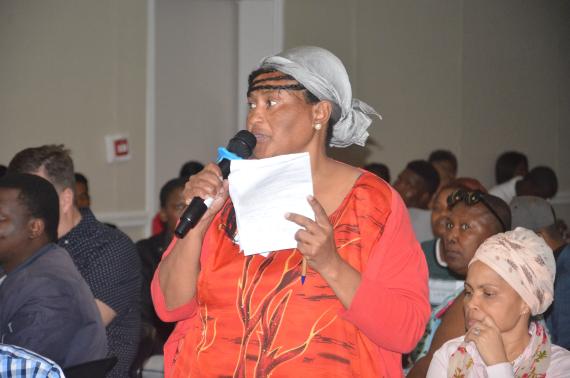 Engaging in the discussion 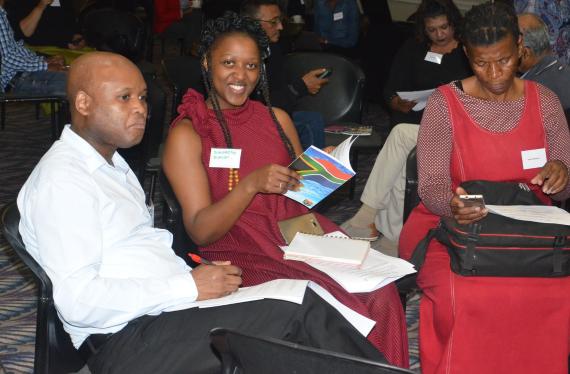 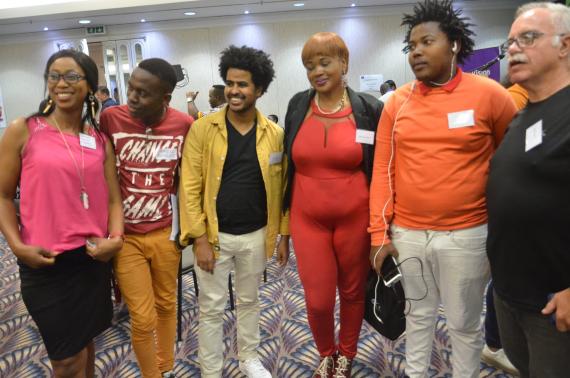 Thanks to all participants
This report was provided by Lizeka Maduna.

Following a spade of violent clashes between African migrants and locals in the past few weeks, which has seen people chaos emerge in the Gauteng province and other parts of KwaZulu-Natal; DDP in conjunction with partners held its second annual social cohesion conference aimed at building a socially cohesive society and strengthen unity among citizens through dialogical engagements.

According to these partnering organisations, the conference was aimed at delving deeper into probing underlying causes of entrenched intolerance in the country.
“South Africa has recently witnes
sed high levels of racism and incidents of mutual intolerance in the country unparalleled since the dawn of democracy in 1994. At force value, it is arguable that the increasing spates of violent service delivery protests, labor unrest and lately inter and intra-political party conflict are symptoms of declining social cohesion,” DDP said.

The two-day event which saw civil society, communities and academics coming together came at a time where the country is in a volatile state due to unrests stirred by tensions between locals and African migrants. In Gauteng alone, reports of violent attacks and looting has emerged on media, with citizens pleading with government to declare the country a state of emergency.

According to these civil society organisations, there has been a failure to identify the root cause of the problem.

“The ‘divide and rule’ legacy of apartheid regime and its associated, deliberate underdevelopment of most citizens of South Africa continues to haunt the nation, manifesting in cracks that still exist in respect of race, class, gender, ethnicity, nationality and space to mention a few,” DDP said.
Among other things, the conference focused on identity, one of the factors that continue to place the country at the tip of an iceberg due to its complexity. In South Africa since the apartheid era, there has been entrenched classism, racism, and many other forms of intolerance between citizens.

“We need to be critical thinkers, think about development. We need to look at identities critically and emotionally as well, it’s good to have such conflicting discussions to engage,” Professor Desai said.

Forging ahead with a robust and socially cohesive society, according to the participants of the conference requires honest conversations around the influence of intolerance on identity as citizens regardless of racial and gender backgrounds among other divides.

Other perspectives of how a socially cohesive society could be achieved focused on education and upbringing of children, particularly how girl children are afforded opportunities and well catered for as compared to boy children. This, according to a viewpoint from one of the participants, was a huge factor on how young men behave concerning violence and intolerance.

Mthunzi Gasa of Africa Unite said: “Things that are happening did not start yesterday. There’s an imbalance between how men and women are raised, with a girl child given more opportunities whereas chances are, a boy child grow up being told to toughen up,” he said.

The scourge of violent outbursts against African migrants and gender based violence that have sparked alarm since August has left the nation reeling in frustrations and calling for intervention from the government. Among questions that framed the social cohesion conference are, whether democracy and its institutions has entrenched or repaired citizens’ different divisions; and how the nation can rebuild trust, across all divides that has kept it divided.

Some of the recommendations made included starting at homes and communities, building and promoting robust relationships before preaching the word of ‘social cohesion’ to the whole nation. 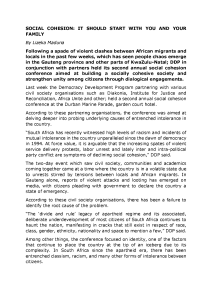