On 18 October 2018, the fourth and last breakfast discussion of this year's series took place and was jointly hosted by the Centre for Constitutional Rights (CFCR), the School of Public Leadership (SPL) of Stellenbosch University and the Konrad-Adenauer-Stiftung (KAS). The discussion focused on the question 'State-owned Entities in South Africa – Beyond Reform?'. The topic arises due to the poor state of State-Owned Enterprises (SOE’s) in contemporary South Africa, in terms of financials as well as in terms of Human Resources and Governance.
October 22, 2018 Ordering Information 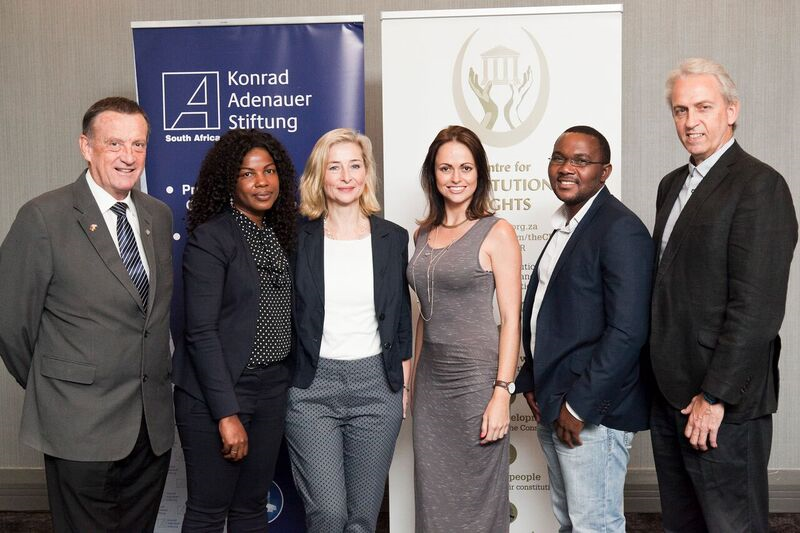 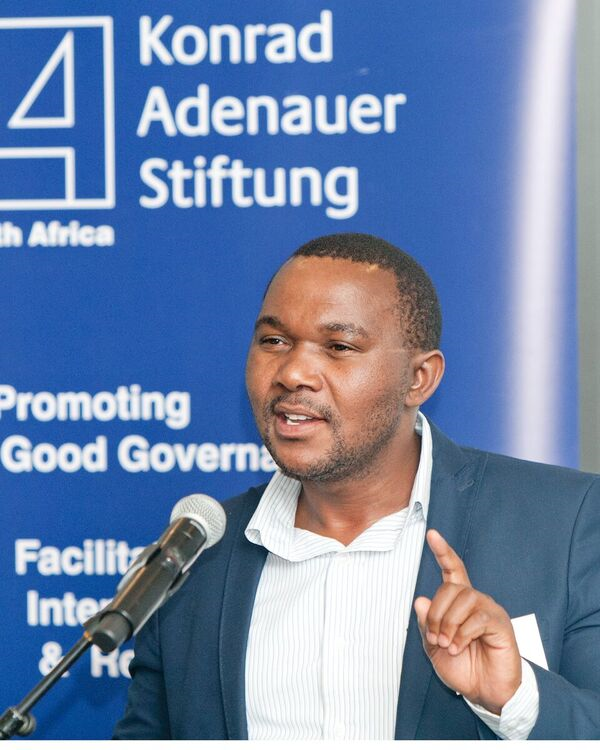 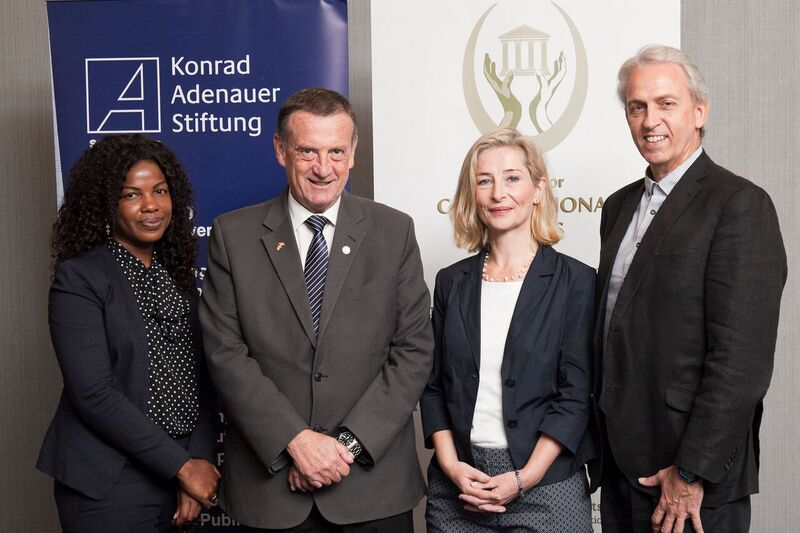 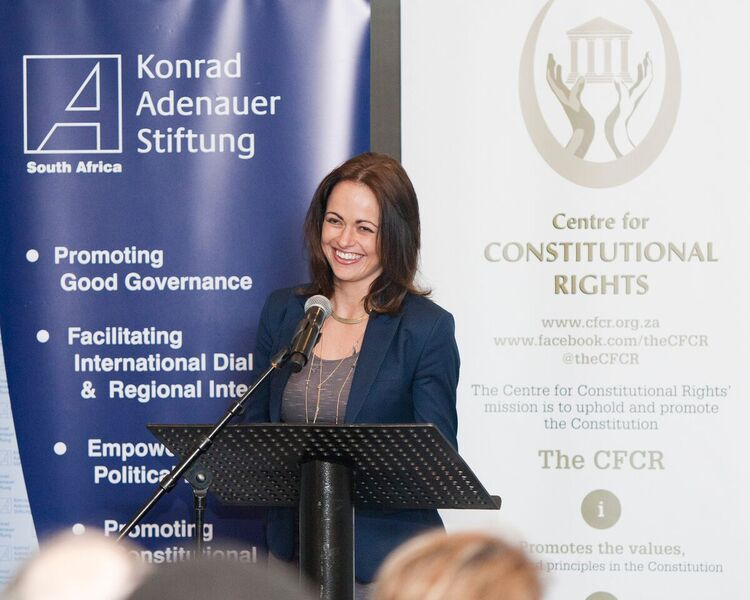 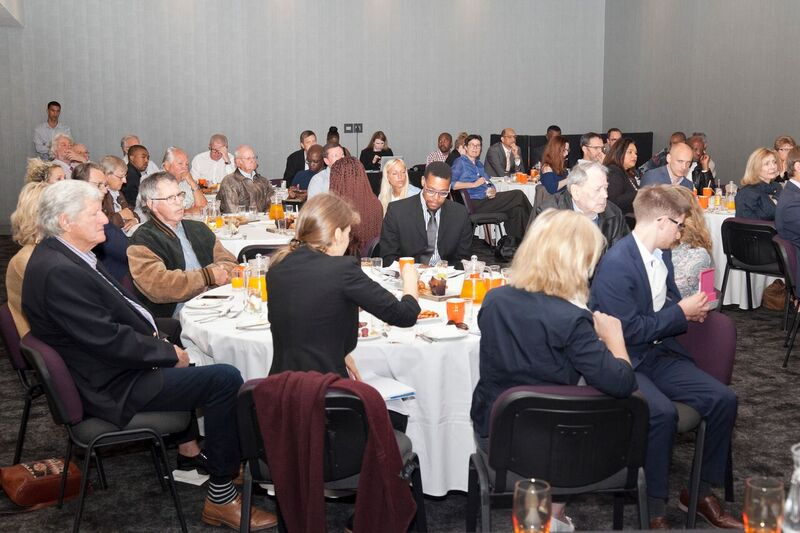 After the opening remarks by Dr. Dirk Brand, lecturer at SPL and the introduction of the two guest speakers Sikonathi Mantshantsha, Deputy Editor of the News Magazine Financial Mail and Pauli van Wyk, journalist at the investigative unit “Scorpio” at Daily Maverick, Christina Teichmann, KAS Programme Manager, welcomed the participants and shared some thoughts on the topic.

Time to discuss the Privatization of SOE’s

Ms Teichmann focused her speech on the question whether the time has come to consider the privatization of some SOE’s in South Africa taken into consideration that the private sector might be better equipped to manage these companies and make them profitable. Teichmann reminded the audience that other countries, like Germany went this route already in the 1980s when more and more SOE’s in the Telecommunication, Energy and Transport sector were privatized. This allowed the state to concentrate on its core functions and led to more competition in these sectors, which benefitted consumers since they could now choose the best and cheapest service provider. Especially after Germany’s Reunification in 1990, the state had to decide what to do with the many SOE’s in the former GDR, many of them in a state beyond reform. While some of these companies had to close down, others were sold to private investors who had the expertise and financial resources to make them profitable.

While it is understandable that the state wants to keep control over certain companies that are of crucial importance to the country and its economy, the time might have come in South Africa to start a discussion about privatization and how this could help the South African economy to recover.

State-Owned Entities can be fixed

Sikonathi Mantshantsha began his speech by addressing the question if State-Owned Enterprises in South Africa, like ESKOM, the South African Broadcasting Corporation (SABC) or South African Airlines (SAA) can be fixed and made profitable again as many SOE's in today's South Africa are confronted with various problems, such as systemic corruption, private enrichment, malfeasance, inappropriate leadership and mismanagement. Mantshantsha answered this question with a clear “Yes”. In his view, these enterprises were deliberately broken for private enrichment and therefore, can also be deliberately put back on track. However, he stressed that in order to achieve such a turnaround of SOE’s some measures need to be put in place, such as independent public prosecutors as well as a fearless enforcement agency whose intentions are to promote the rule of law and combat corruption and mismanagement.

Furthermore, Manthsanthsa pointed out that politicians need be excluded from the running of SOE’s. The South African Government has so far based the appointment of board members of these companies on political loyalties instead of expertise and know-how. This matter of fact seems even more problematic by taking into account that there is no minimum education level required for one to become a Member of Parliament and thus, to become one of these decision-makers. It is therefore of upmost importance, so Manthsanthsa, to review the minimum requirements for such critical positions.

Mantshantsha also drew attention to how much public funds were already spent on these companies this year in order to bail them out and avoid bankruptcy. In his point of view, money will not fix the problem, as the problem are the people in power and the lack of political will in the past to address the challenges. Mantshantsha ended his speech by stressing once more that a successful transformation of State-Owned Companies would require proper leadership, a capable and qualified board as well as a strong oversight and law enforcement in order to prosecute corrupt individuals.

The following guest speaker, Pauli van Wyk, agreed with Mantshantsha points and added that people appointed for top positions in State-Owned Entities should be those that are capable and have the will to do their job. She stressed the need to analyse what happened in the last 10 years with regards to corruption and state capture in order to understand the reasons for the ruptured system. Hereby, she pointed out that the greed of politically connected individuals has led to the dysfunctional state many South African SOE’s find themselves.

Wyk offered a more in-depth look at SOE’s by focusing on the history of corruption and state capture at the South African Revenue Service (SARS) once hailed as a best practice example of tax collection in Africa. She explained Tom Moyane’s position in systematically weakening SARS. Wyk has investigated the decline of SARS the last four years. According to her, SARS was an exemplary institution with highly qualified associates until 2013; however, the appointment of Tom Moyane as commissioner of SARS in 2014 marked a turning point. Since that, mismanagement, corruption and an incompetent justice sector under Zuma have led to SARS’ poor state and caused its inability to reach their revenue targets for the last years. For instance, in 2017/18, SARS collected R700 million less than the estimate announced in the February 2018 budget. At the end of her speech, Pauli van Wyk stated that SARS will only recover with a proper leadership that is competent and committed to ethics and good governance. Since 2018, Pravin Gordhan, former Minister of Finance under Zuma, was reappointed to the Cabinet of President Cyril Ramaphosa as South Africa’s Minister of Public Enterprises. As such, he will be in charge of overseeing State-Owned Enterprises. 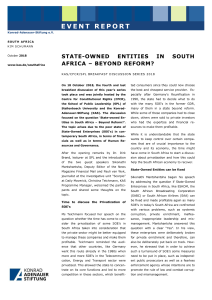 The Constitution and Good Public Leadership