The African Continental free trade agreement (AfCFTA): An enabler, not a deliverer

“…It is not trade and free-trade agreements that raise incomes, but the good-will and solidarity of the participating parties…”
October 9, 2019 Ordering Information 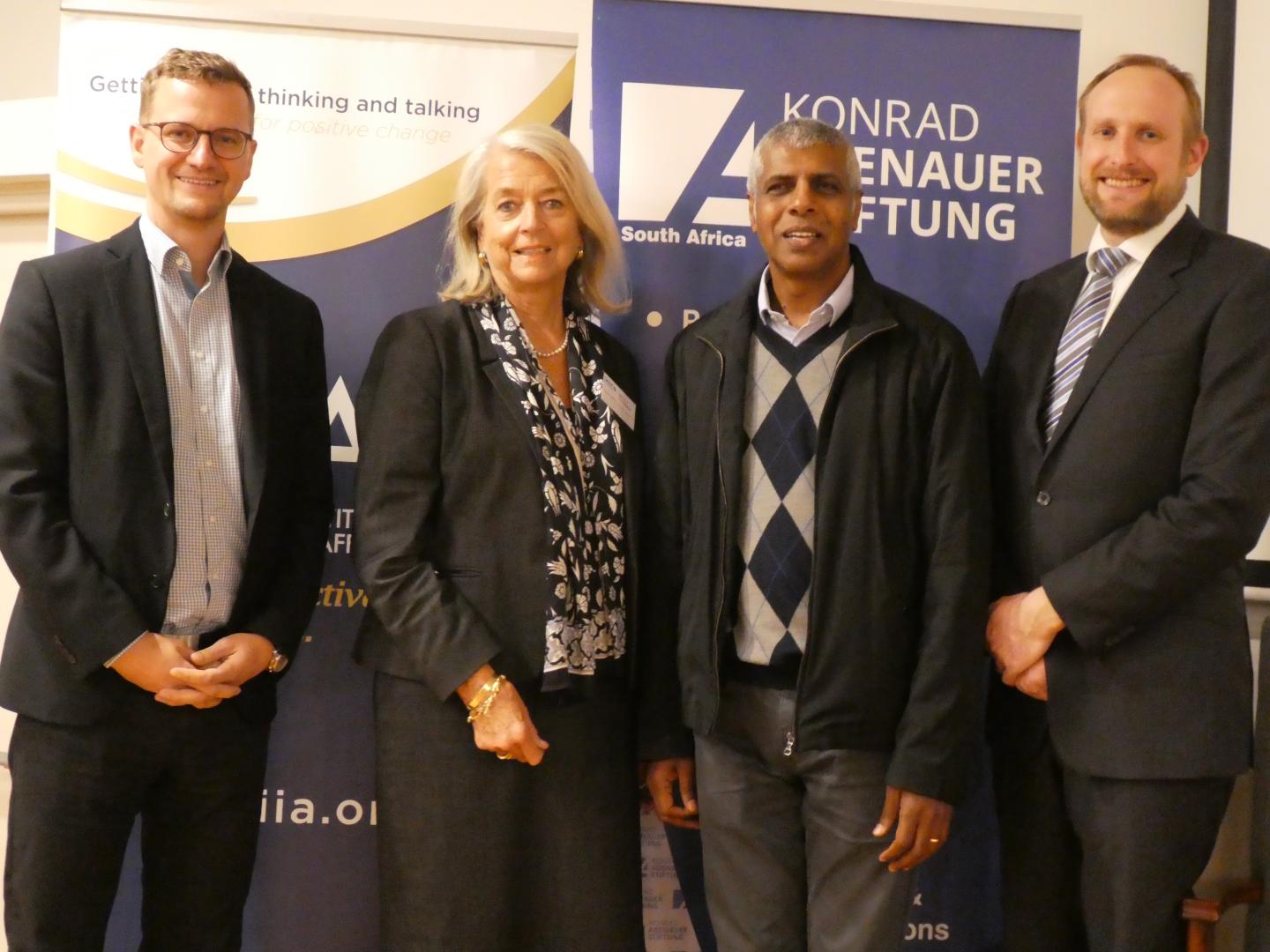 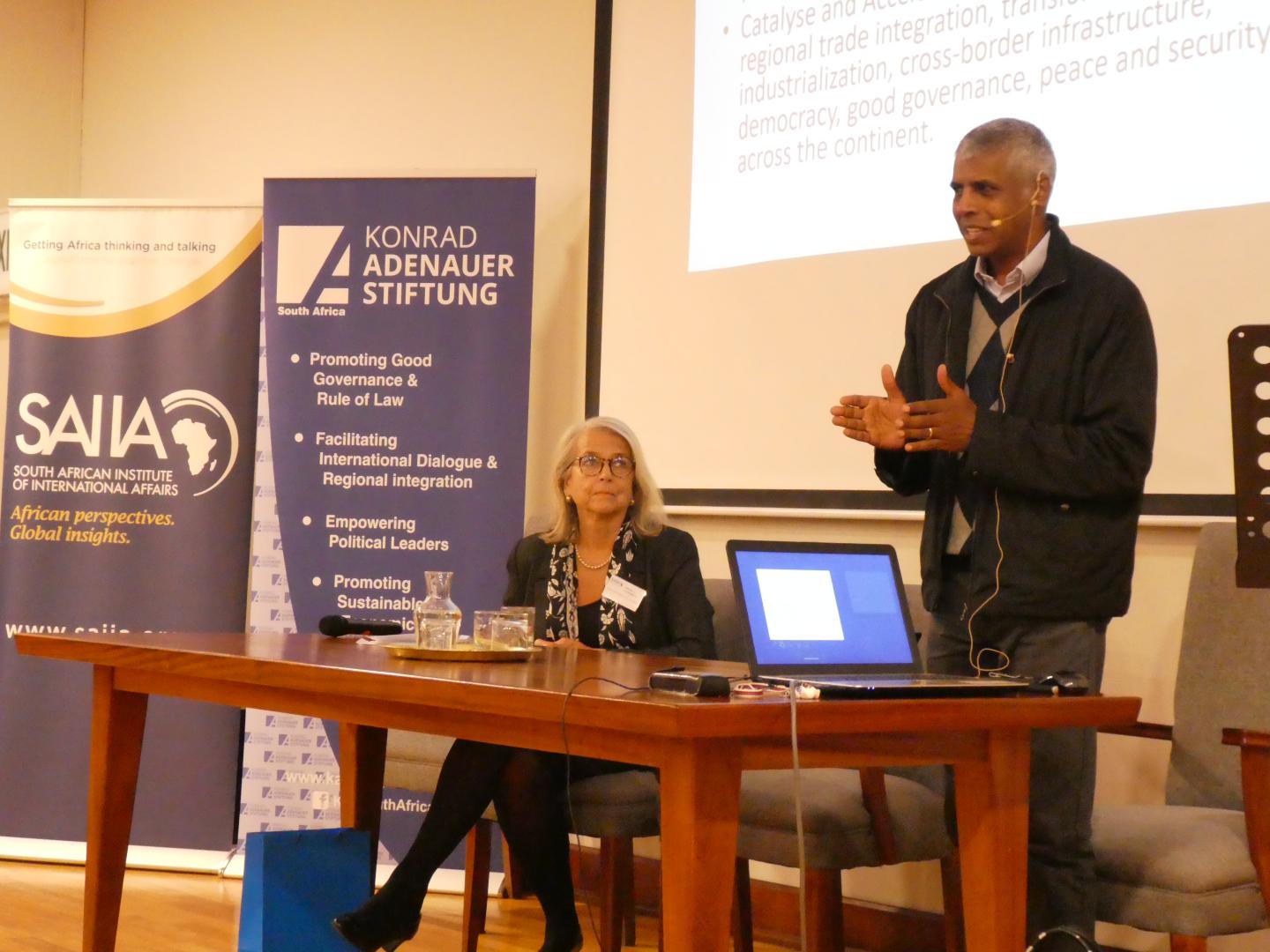 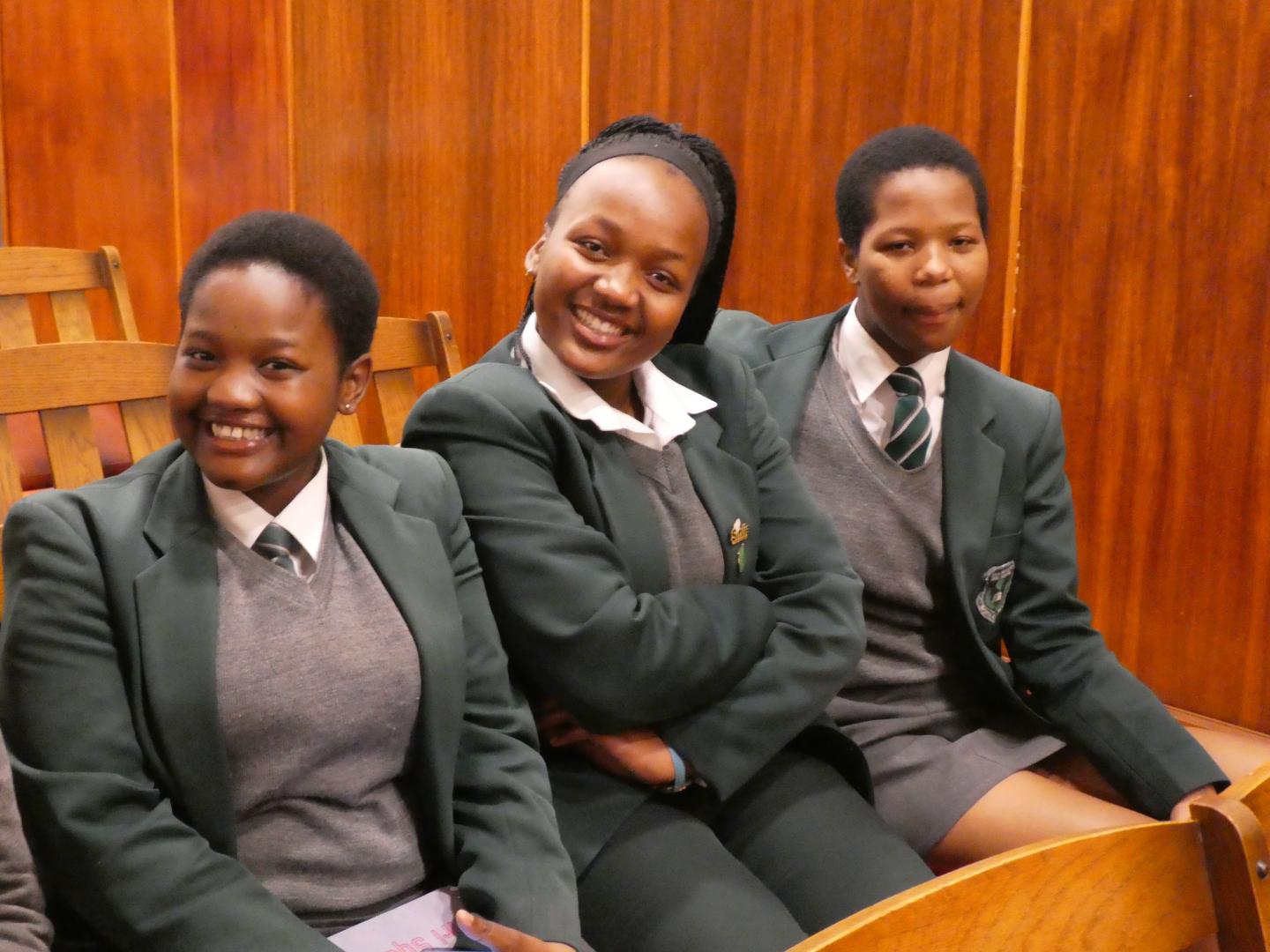 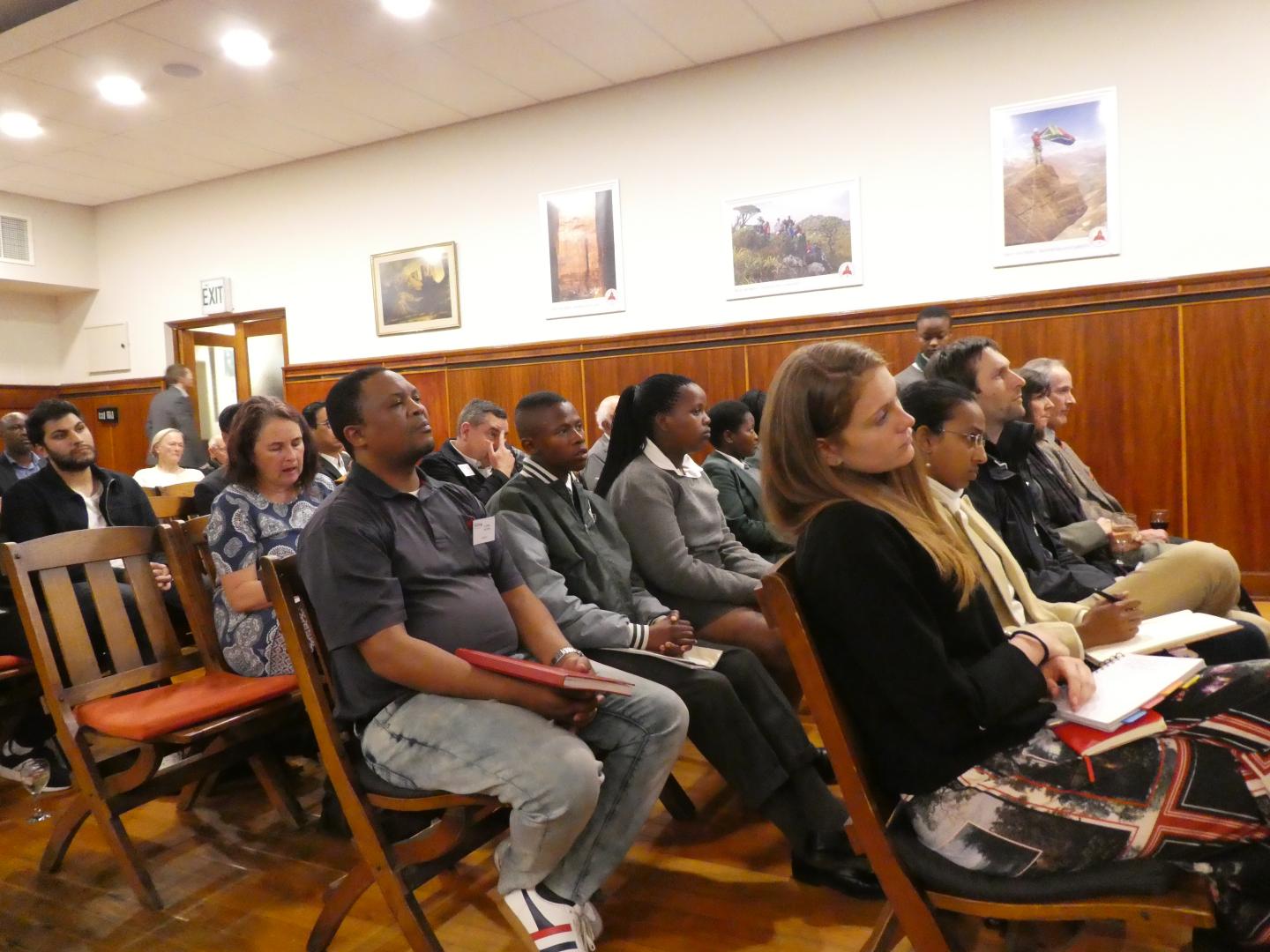 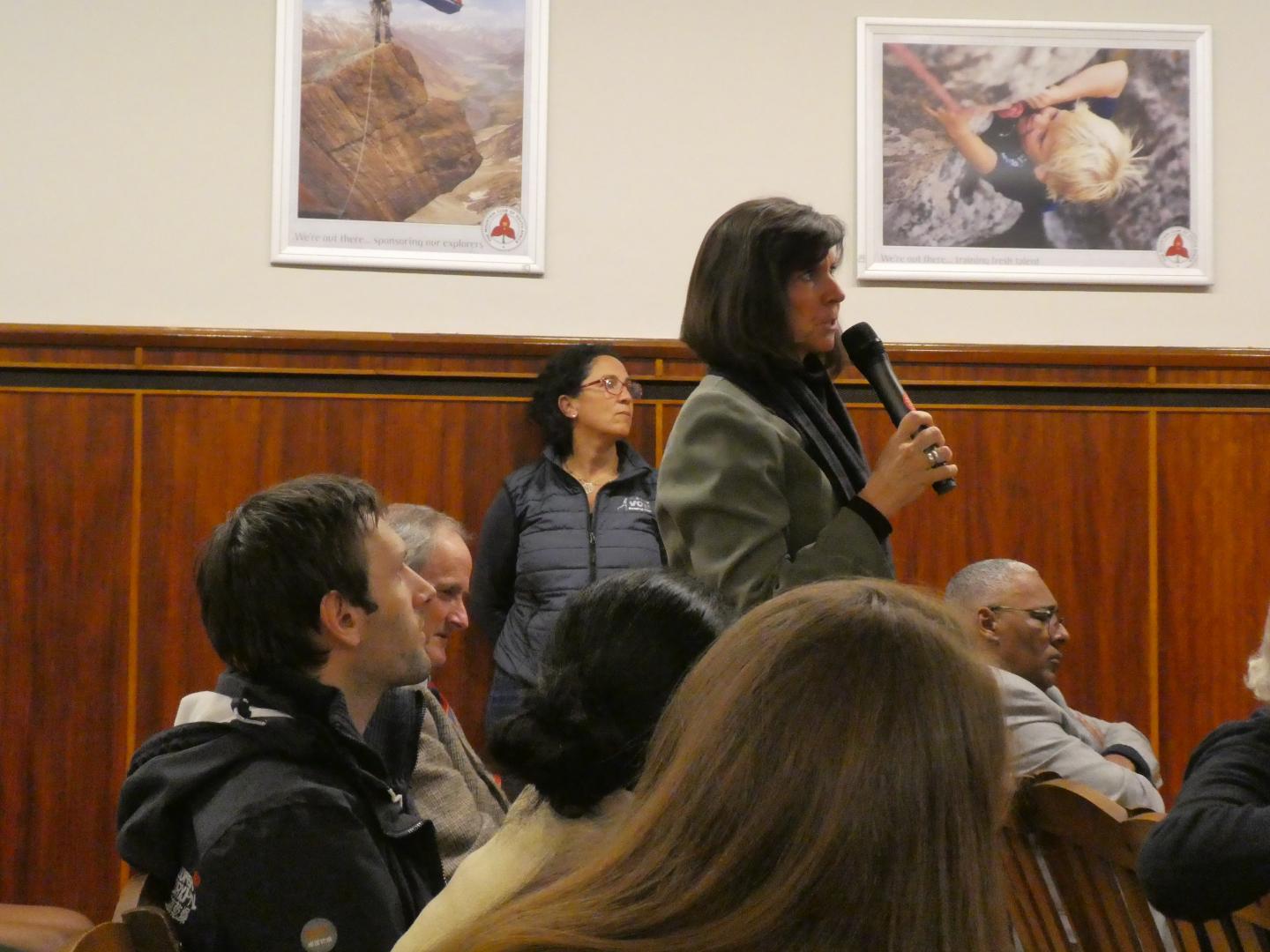 Q&A session
On August 15th, 2019, the Konrad Adenauer Foundation (KAS) together with the South African Institute of International Affairs (SAIIA) and the Mountain Club invited Professor Faizel Ismail, director of the Nelson Mandela School of Public Governance, to present on the regional development approach of the African Continental free trade agreement (AfCFTA). Ismail’s view is that in the past, African countries struggled to cooperate in terms of trade but now the insight has been gained that the region’s economies are stronger when working together.

The AfCFTA negotiations are the largest and most complicated trade negotiations globally. 55 countries, at greatly varying levels of development, participate. Countries agreed a regional implementation approach to overcome the challenge of development heterogeneity.

Why is South Africa involved, as one of the most developed African countries? Ismail explains that the South African market is too small for its major companies, so that market expansion is necessary to compete in the global economy. South Africa has become increasingly intertwined with its continent: Over 30% of the profits in each of the top 40 JSE (Johannesburg Stock Exchange) companies is earnt in Africa. Moreover, South Africa’s exports within the African continent are the more labour intensive than to the remainder of its trading partners. The opportunity for South Africa from the AfCFTA is hence in generating additional export earnings as well as fostering labourintensive growth.

The AfCFTA negotiations were concluded unusually quickly compared to other trade negotiations, which suggests strong political momentum. However, the trade regime confronts all participants with challenges, as integration requires discipline and commitment. Solidarity will need to be fostered, especially towards smaller countries. Ismail concluded that AfCFTA could lead to major economic success, but only if the four foundational principles are respected.

Looking forward to a brighter future, in which cooperation and solidarity play a major role, the new AfCFTA agreement will go into force in July 2020. AfCFTA will create the enabling framework for intercontinental trade. After its implementation it will be up to the private sector to use the opportunities generated.

The presentation was followed by a discussion which enabled the participants to ask critical questions. 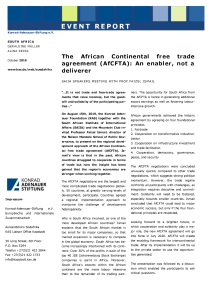 How can the African Continental Free Trade Agreement benefit all African countries?