“Crafting competitive business strategies in a complex, digital and fast evolving South African and international environment” was the title of the keynote speech by Abdullah Hassen Verachia at the Ubuntu Networking breakfast on 19th April 2018 at the Southern Sun Hotel in New-lands. The breakfast was jointly hosted by the South African Ubuntu Foundation (SAUF) and the Konrad-Adenauer-Stiftung (KAS) with the aim to provide a platform for an informed debate on the current business climate in South Africa.
April 26, 2018 Ordering Information 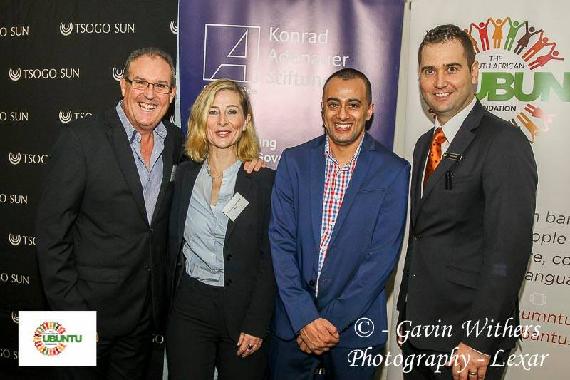 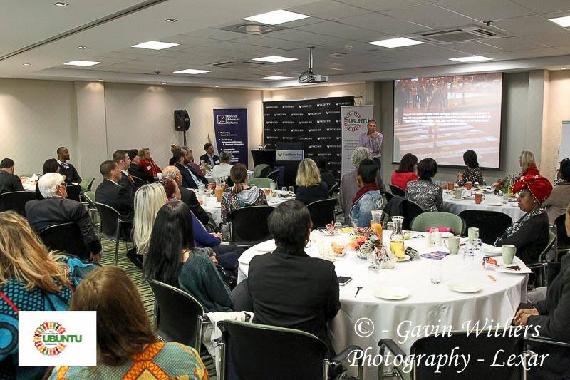 The audience and the speaker Abdullah Hassan Verachia 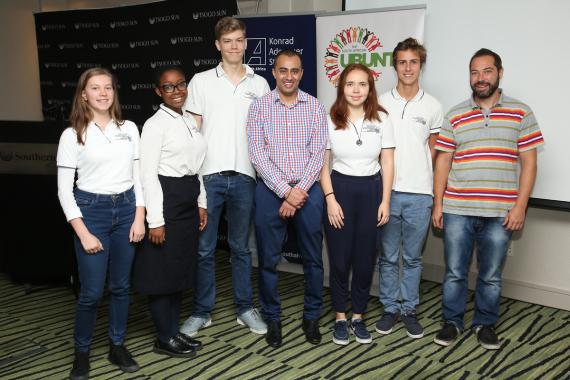 After welcoming remarks by Christina Teichmann, KAS Programme Manager, Kevin Chaplin, Director of SAUF introduced the guest speaker. Abdullah Hassen Verachia is a global strategist, attorney of the High Court and renowned senior executive & international speaker. Additionally, he is the Program Director at the Harvard Senior Executive Program for Africa. In his presentation Mr. Verachia used many examples from his vast experience to illustrate the opportunities and challenges of operating in a complex and fast evolving business environment.

He started off with outlining the landscape in which South African entrepreneurs operate. In general entrepreneurs are often headline-driven. Media headlines inform their narratives, determine their mental position and the resulting strategies. But for South African entrepreneurs it is essential to connect the dots, to know the context and to connect the headlines in order to get a balanced picture of the South African economy. To demonstrate the complex web in which companies are operating and the various implications for the South African society, Mr. Verachia used the example of the recent decline in China’s economic growth rate. China's previously impressive economic growth led to an equal growth of infrastructure in the country. The commodities for the construction of the Chinese infrastructure came inter alia from South African mining companies. The decline in the Chinese growth rate consequently had a negative impact for South Africa’s economy since the demand for its commodities de-creased. This decrease in demand resulted in a decrease in the price for commodities globally while at the same time the cost for mining stayed the same or even increased. This resulted in the loss of 26.000 jobs in the coal mining industry in South Africa alone, which negatively affected other industries as well. The loss of jobs also in-creased the responsibility of the government to provide social grants, public health care and free education. Simultaneously the number of tax payers declined. This example shows that in a globalized world negative economic or political developments in one country can negatively affect the economic wellbeing of another country.

In the second part of his presentation Mr. Verachia stated the reasons why South Africa is in his opinion rightfully a member of the BRICS states. The BRICS states are an association of the five major developing economies worldwide, including Brazil, Russia, India, China and South Africa (a member since 2010). The first reason is the functioning infrastructure in South Africa. Mr. Verachia states, that according to the WEF’s Competitiveness Report, South Africa is a middle ranking country with the 6th largest rail network and the 10th largest road network globally. South Africa’s air-ports are ranked 22nd out of 140 countries. Furthermore South Africa is a constitutional democracy, has a sophisticated financial system and with Nelson Mandela one of the most iconic citizens of the last 100 years.

Knowing the context of the business land-scape however is not the only important requisite for entrepreneurs according to Mr. Verachia. The second one is a competitive business strategy. In order to succeed in a competitive business environment, entrepreneurs have to follow a so-called “New Normal” strategy, which is divided into three levels. Verachia calls the first basic level “The Run”, which deals with the seam-less integration of all elements into the everyday business; it is the foundation of the company. The second level deals with the question “What can we do differently given the sector’s shift?” This level is related to innovation, new technologies, introducing new things to the market and to set the company apart from its competitors. Verachia describes the last level as “Acupuncture”. What makes the company exception-al? One way to arrive at that level is to introduce new things or new ways which make the old ones obsolete.

Following the speech, the audience used the opportunity to ask questions. A main concern of the audience was thereby the question of how to overcome the challenge of creating jobs while keeping up with the global level of progressing digitalization and automatization. This aspect needs to be considered carefully in South Africa given the skills shortages and high unemployment rate. 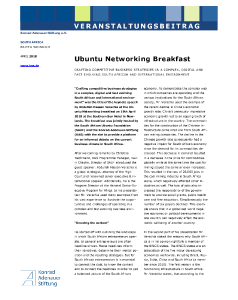