We are delighted to announce the 6th Edition of its flagship convening “The Uganda Social Media Conference”. The conference which brings together key stakeholders from government, civil society, academia, and the media for an exchange on the state and impact of social media on society is set to be held virtually in August 2021 on 25th – 26th, at Kampala Sheraton Hotel.
August 25 - 26, 2021 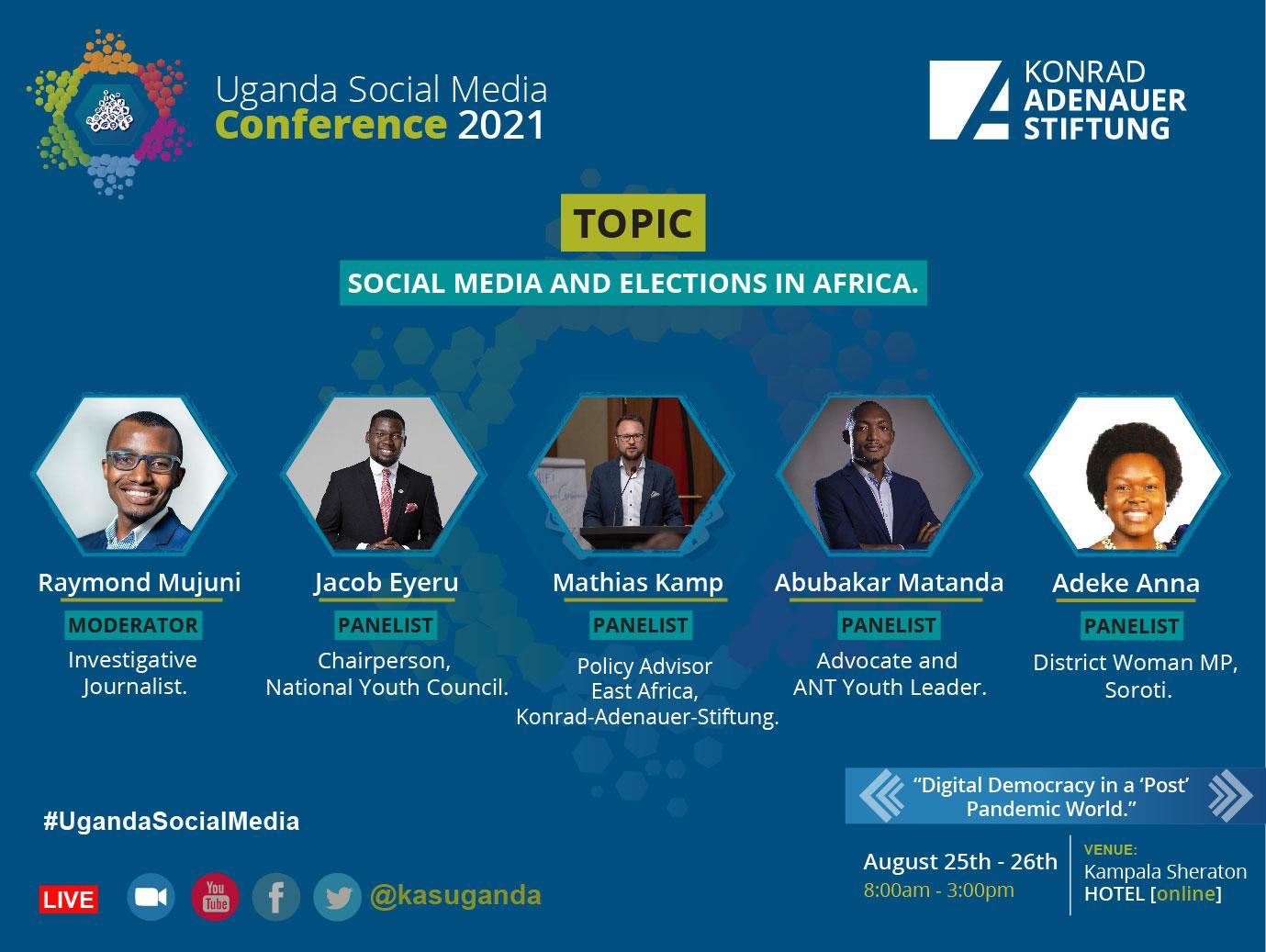 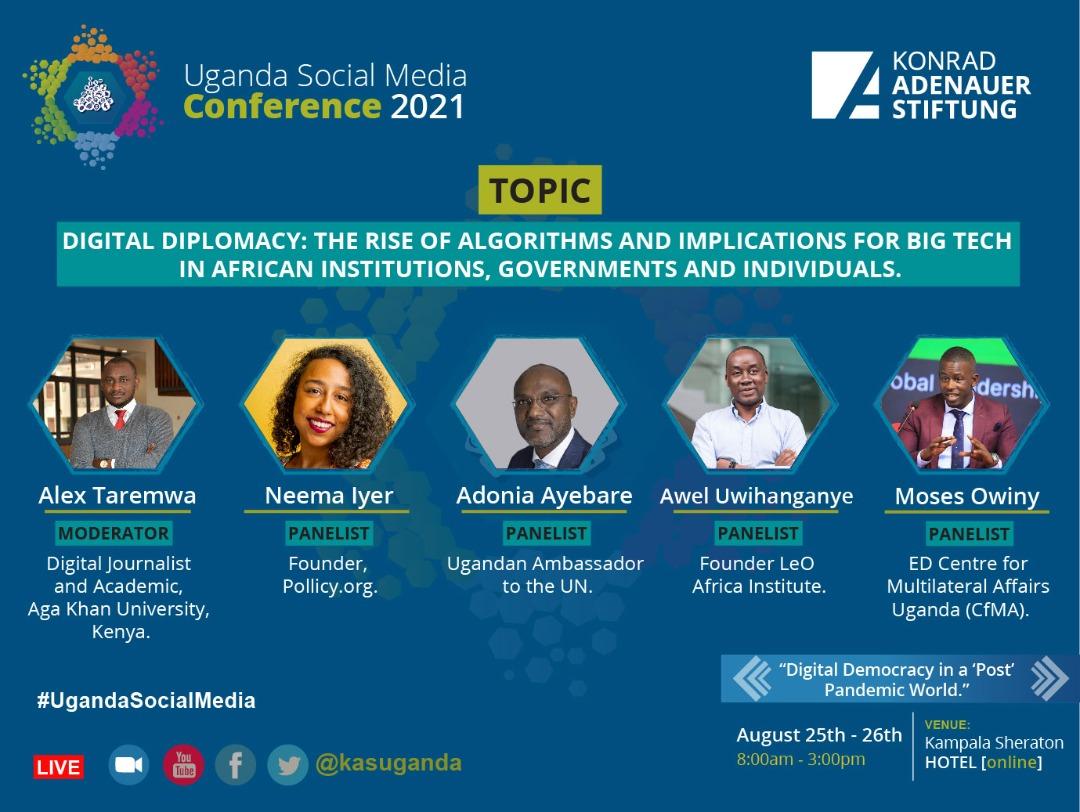 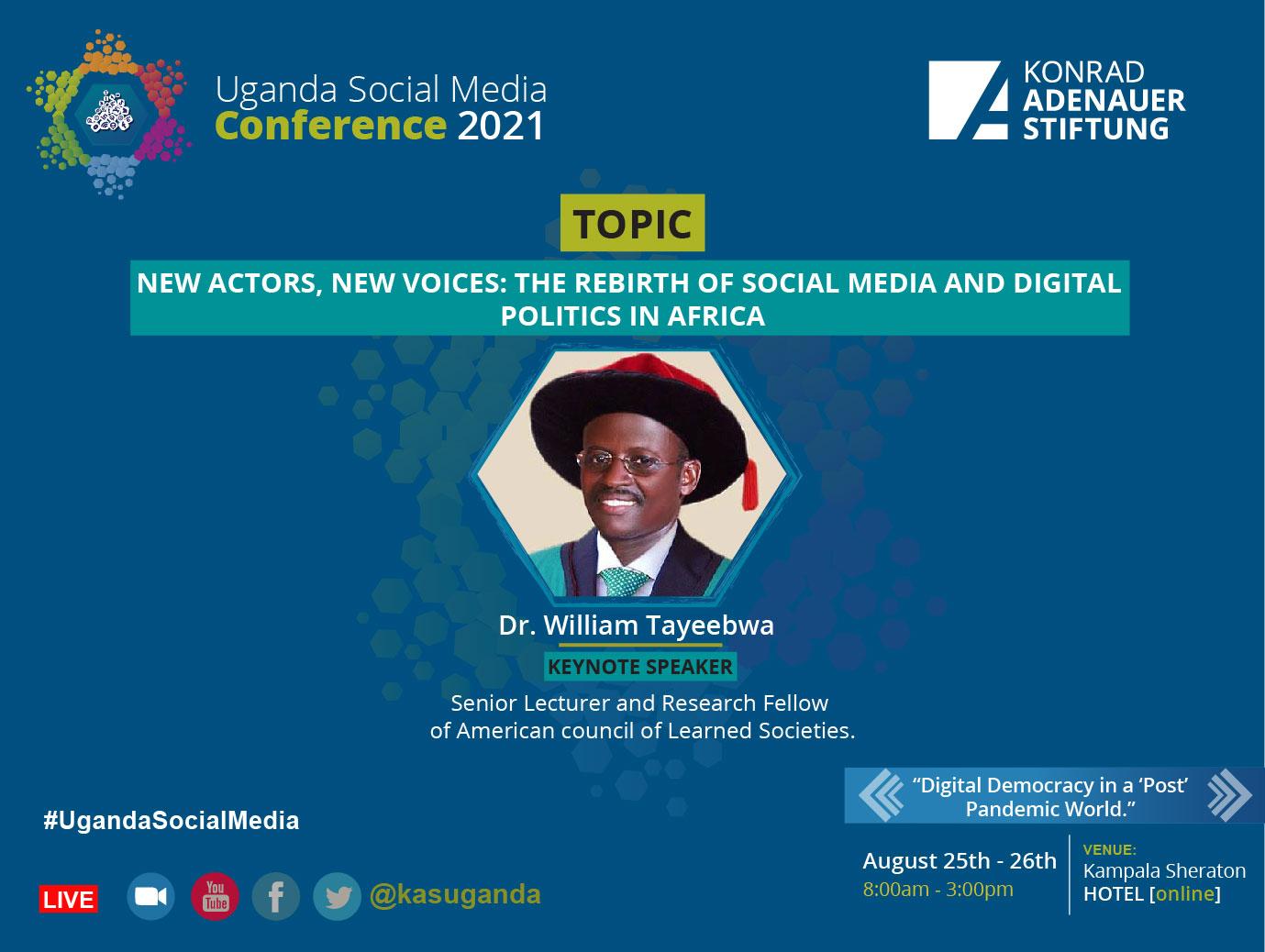 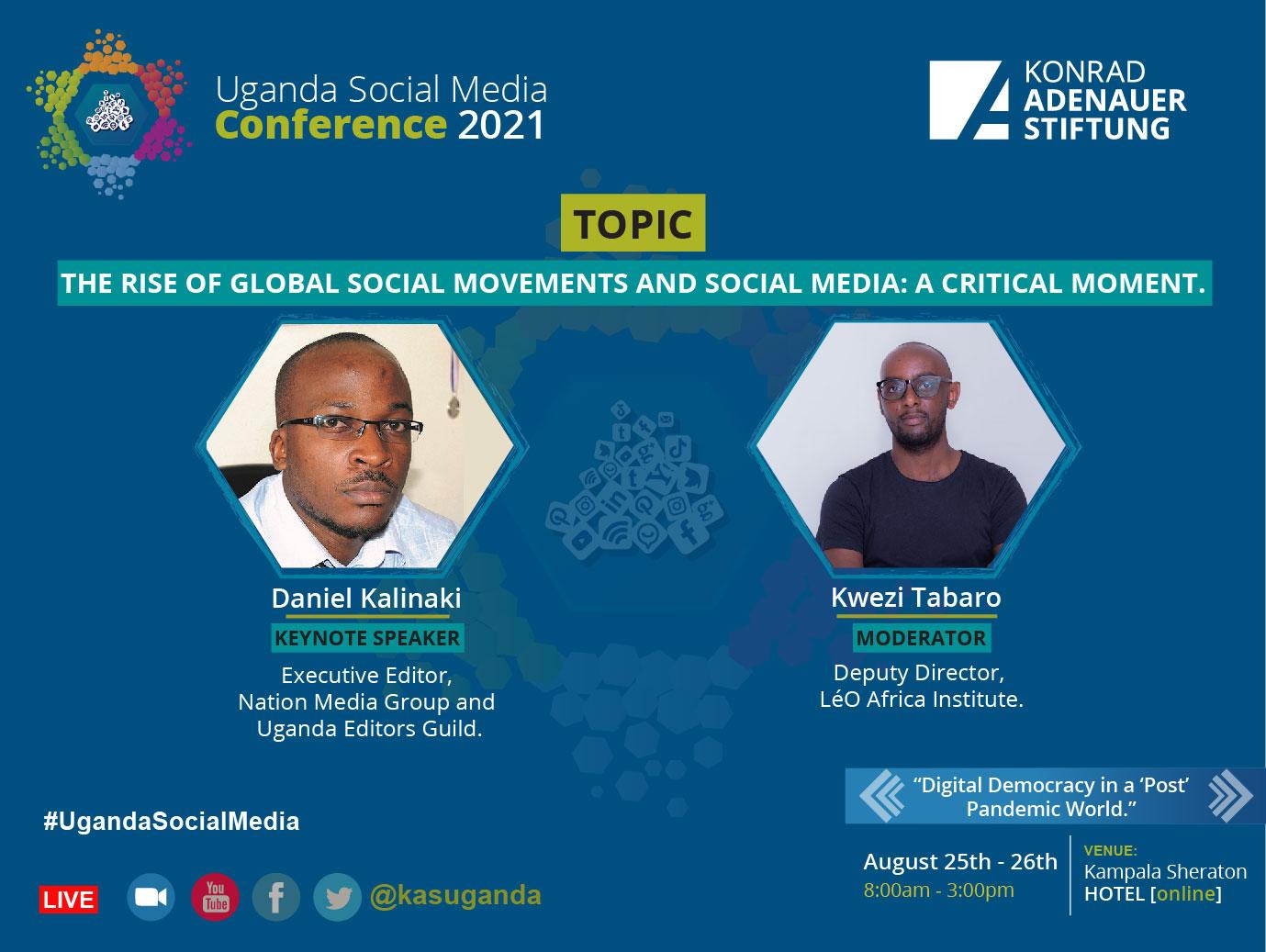 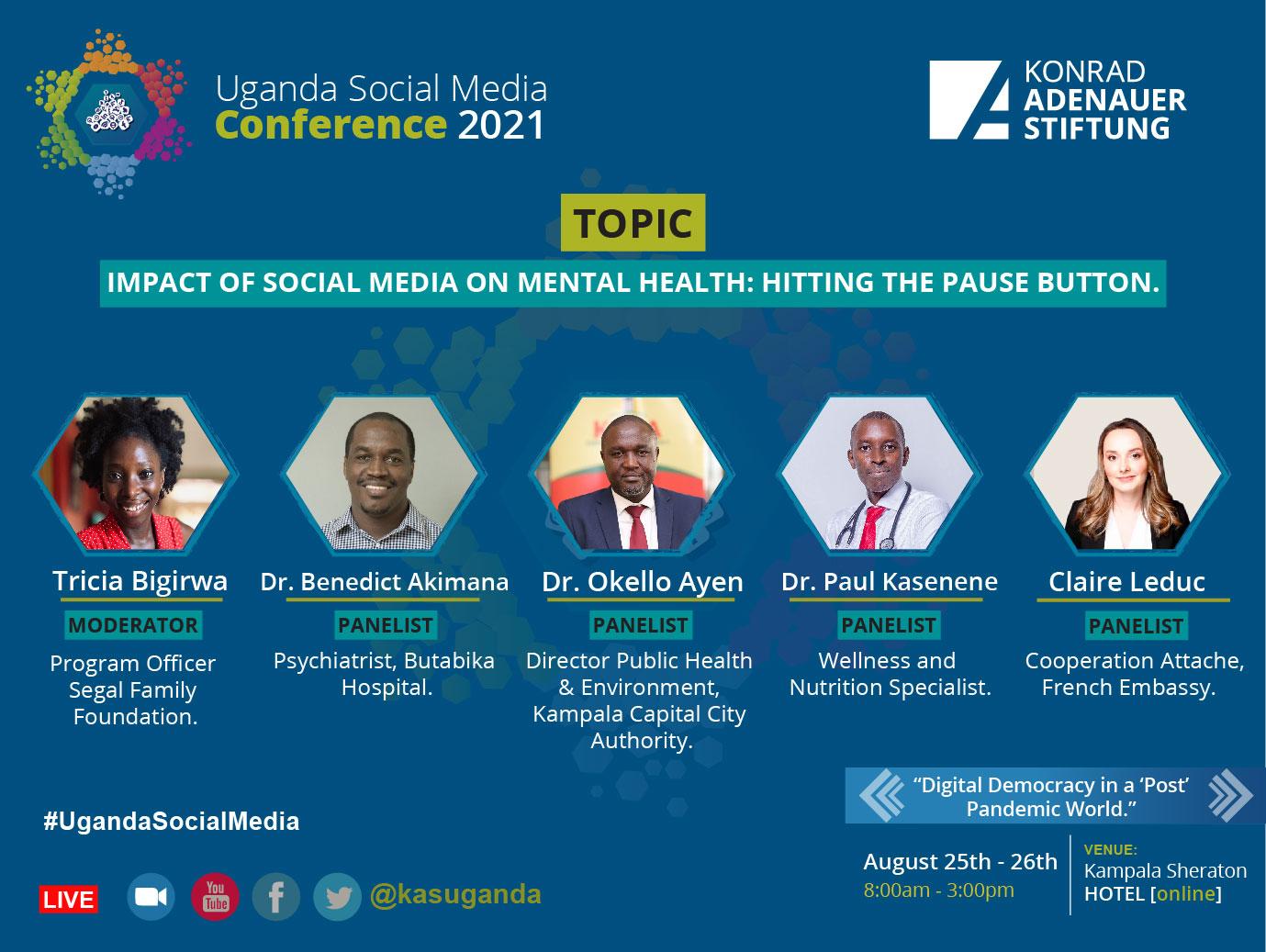 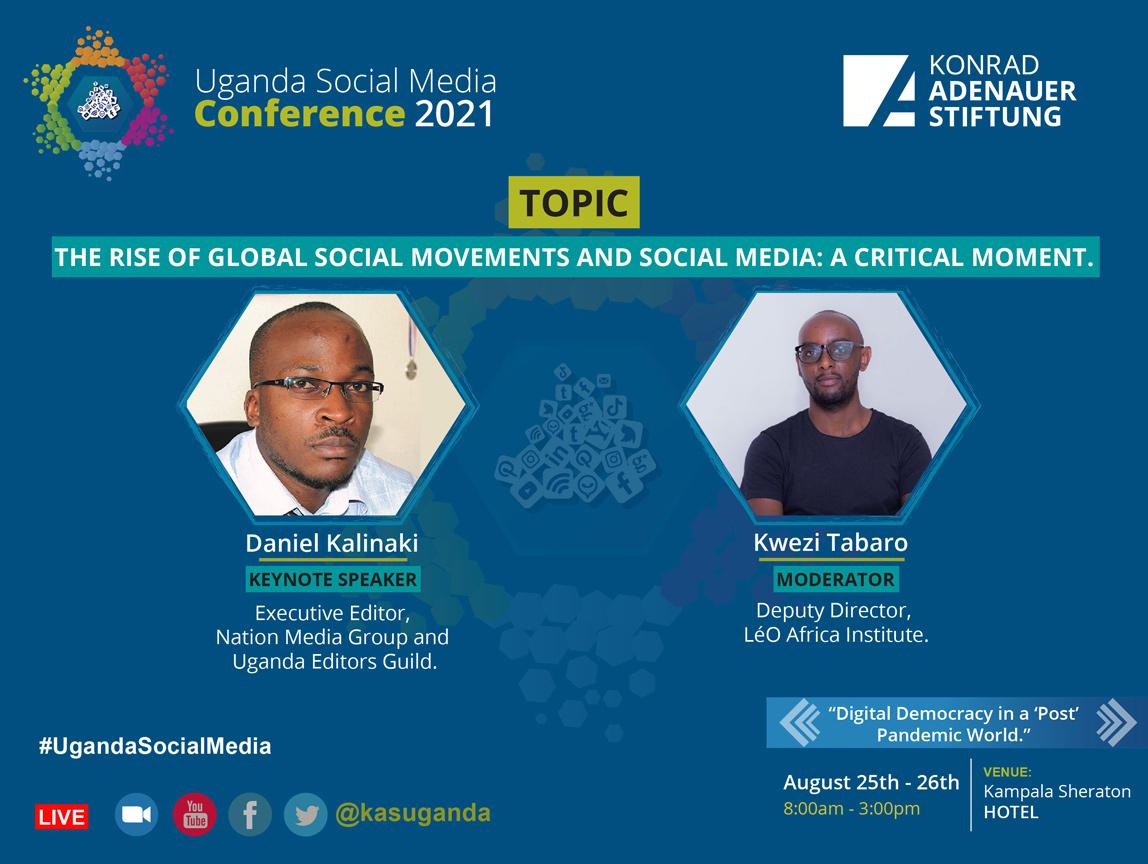 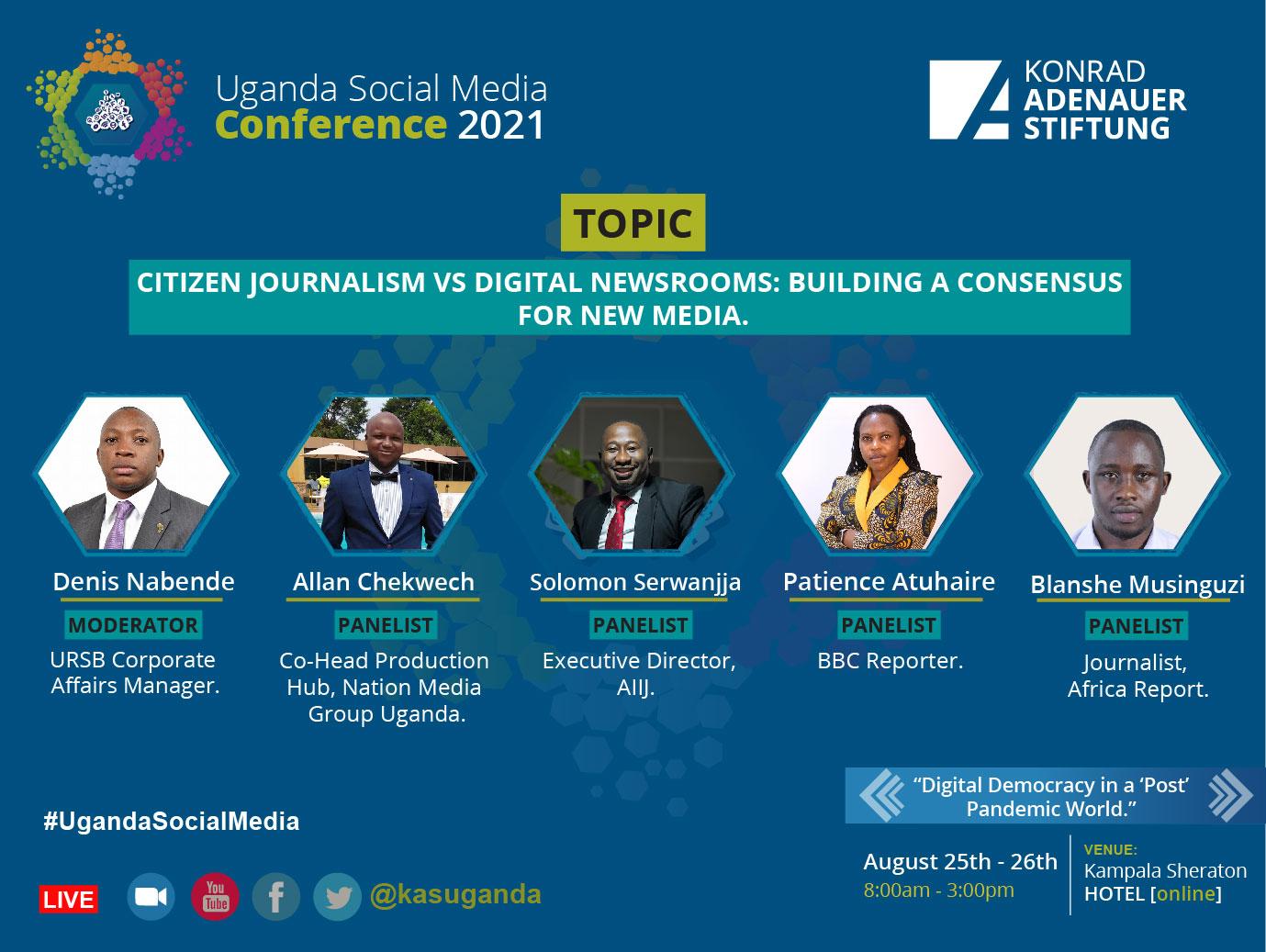 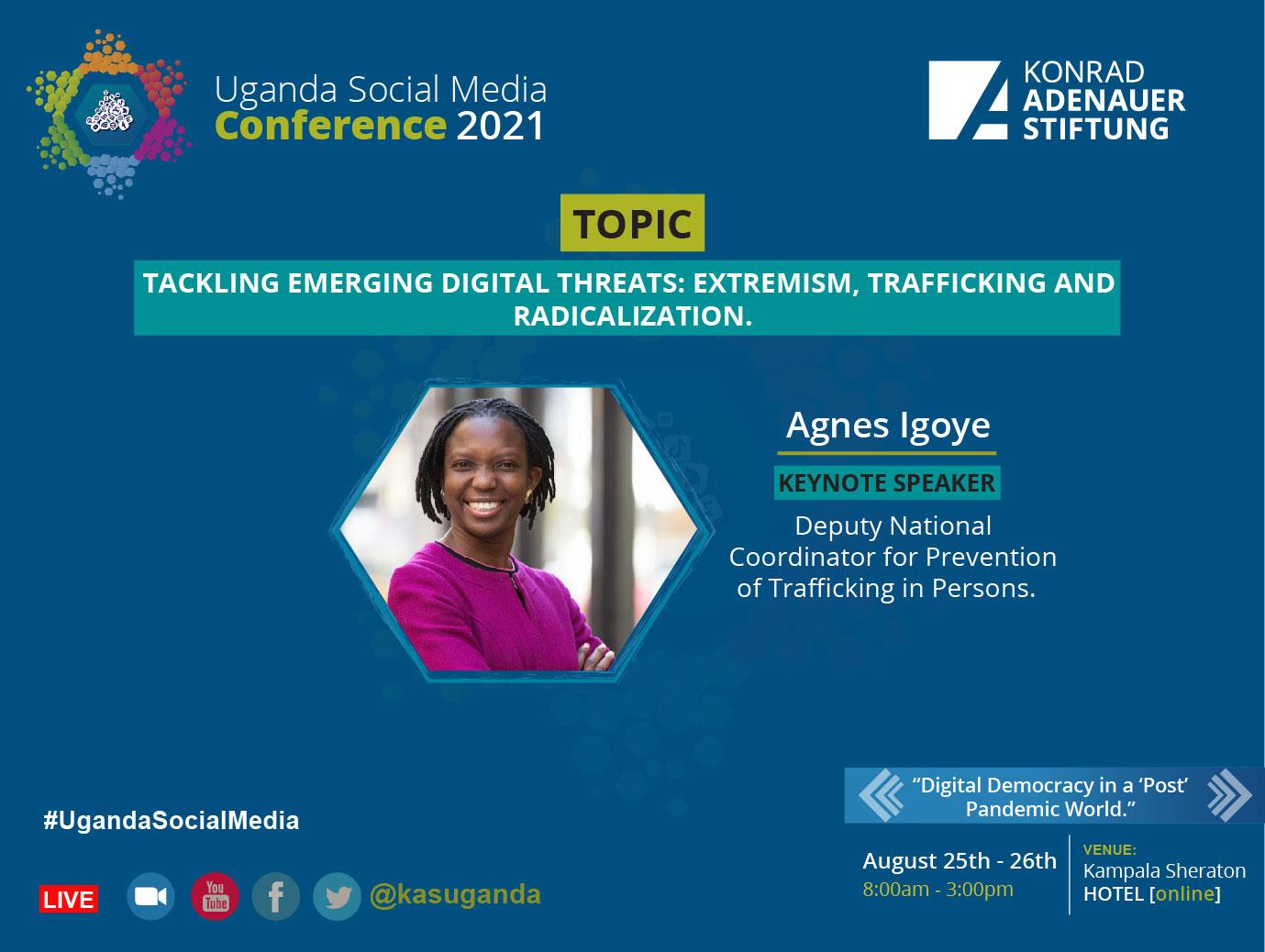 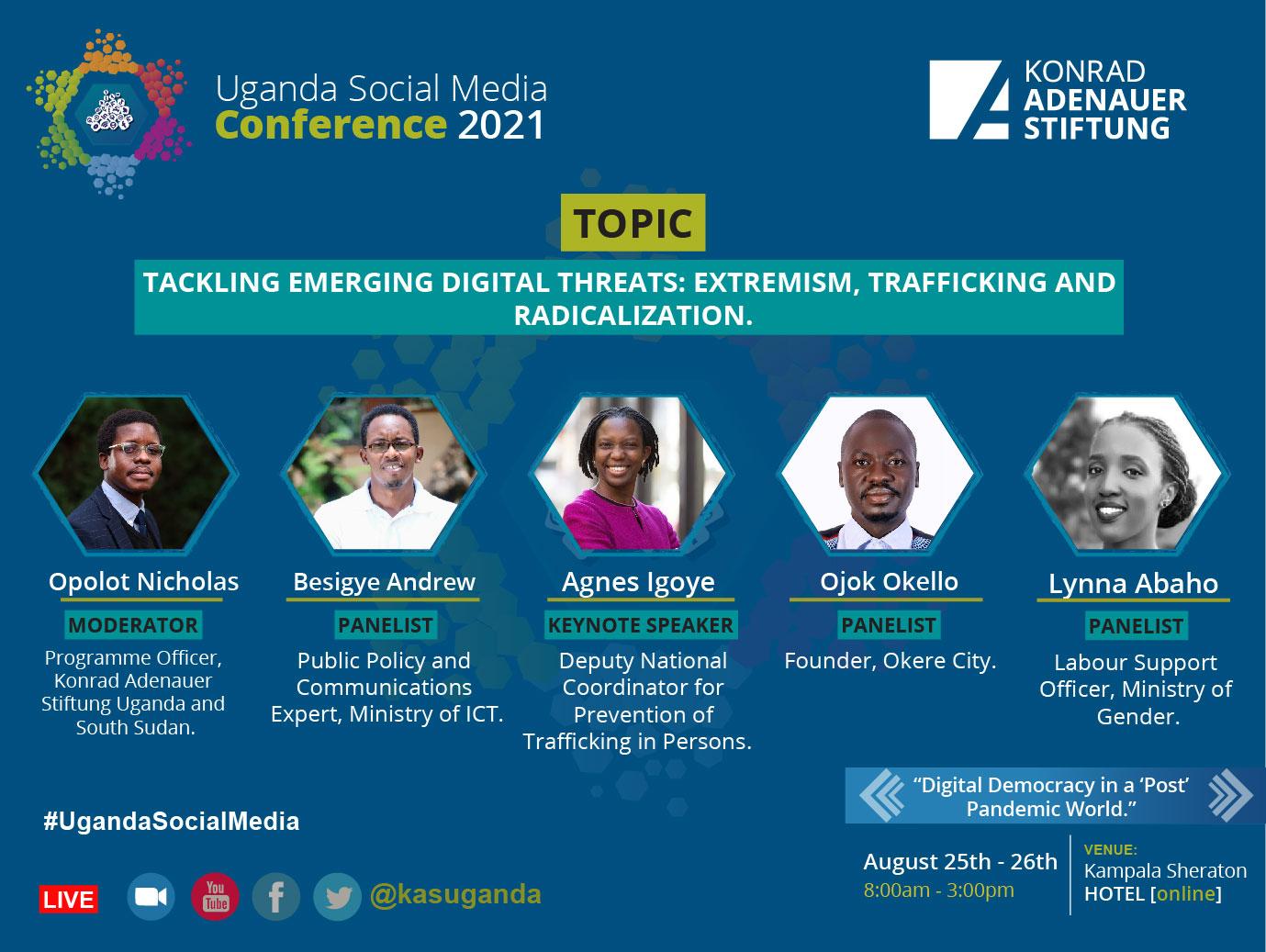 Since the outbreak of the COVID-19 pandemic in Uganda, March 2020, Social Media has grown to become one of the major communication tools driving conversations about government policies, current affairs, activism, and interpersonal communication.

This was evidenced in January 2021 where the different platforms were major tools used for mobilization and campaigning in the General elections since they happened at a time when crowds couldn’t gather physically due to Covid19.

“With this conference, we aim to bring together academics, policy-makers, industry professionals, and civil society activists to discuss the role of social media in Africa and globally, mobile technology, big data, and digital innovation,” said Anna Reismann KAS Country Director for Uganda.

“The conference aims to promote the exchange of ideas, networking, and collaboration on the topics of citizen engagement, political campaigning, misinformation, political polarization, populism, e-government, smart cities, and other emerging topics,” she added.

This year’s Social Media Conference will run under the theme “Digital democracy in a Post Pandemic Era”, highlighting how Social Media has facilitated citizen journalism, Elections in Africa, its impact on mental health among many other topics.

Also key among the topics that will be covered at the conference will be how to tackle the emerging digital threats including extremism, trafficking, and Radicalization, the Gig economy which is currently a major source of income for unemployed youths in urban centres, and the crisis of state surveillance, digital privacy, and data protection.

Internet shutdowns by African governments will also be a topic to be covered with a major focus on the recent occurrence in January during Uganda’s General elections and internet restrictions in Tanzania, also during their general elections.

The conference will be hosted in a virtual format. Delegates will be required to sign up/register to attend online. 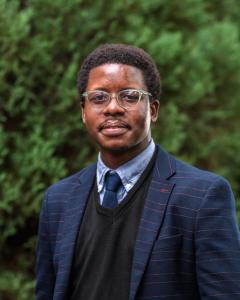