The dialogue is the second in a series of four to be held by FAD under the project on strengthening multi-party democracy in Uganda.
August 17, 2010

A second inter-party dialogue on the 2011 elections has been held by the Foundation for African Development in Soroti District, August 17, 2010. The first was held in Masaka in April 2010. The dialogue’s theme challenged political party leaders to contribute towards building a consensus on the minimum standards of engagement in the 2011 elections. The parties at the dialogue included NRM, FDC, UPC and DP. The dialogue comes at the time when most political parties are holding election primaries.

Similar to the dialogue held earlier in Masaka, the question of dissatisfaction with the way in which the Electoral commission is constituted was also an area of strong concern within the Soroti dialogue. Other issues raised included the lack of adequate knowledge by some party leaders on their roles in the electoral process, violation of voter’s rights during campaigns and elections. The Electoral Commission officials used the occasion to appeal to party leaders to participate in the checking of the voters’ registers to ensure that their members’ names and other details appear correctly.

The dialogue was an enriching discussion as it awakened the zeal of party leaders to sensitise their members on the electoral process and improve on their understanding to allow them engage more meaningfully in the 2011 elections. The third dialogue will be taking place in western Uganda before the series will be concluded with a final dialogue that will be held later in northern Uganda. 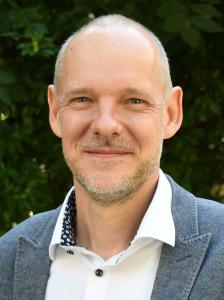