Corruption in Uganda - What is the role of the citizens?

Public dialogue organised by the Makerere University Convocation (MUC) with support from the Konrad Adenauer Stiftung (KAS) on the challenge of corruption in Uganda.
October 27, 2011

Makerere University Convocation (MUC) and the Konrad -Adenauer –Stiftung (KAS) are organizing a public dialogue on the theme “Corruption in Uganda, what is the role of the citizens?” scheduled to take place on THURSDAY OCTOBER 27TH 2011 starting at 1:30pm in upper senate hall, Makerere University. The half day high intellectual dialogue will provide the public with a free atmosphere to have an in-depth discussion of the existing laws and institutions and their ability to curtail corruption by prosecuting corrupt officials and holding public officials accountable for abuse of office without impunity?. The dialogue will also be an open space for a debate drawing the participation of the academia, , political activists, civil society and the media.

Corruption has continued to be so endemic in Uganda, and has now become an accepted way of life, that when someone is appointed or elected to a public office, they think it is their turn to take advantage. A 2006 World Bank survey indicates that half of the firms expect to pay informally to get things done (80%of the companies report paying bribes). A global integrity report 2006 estimates that more than half of our national budget is lost to corruption every year. In this same year, President Yoweri Kaguta Museveni announced a zero tolerance to corruption campaign. A 2007 Peer review mechanism report indicates that Uganda loses USD258.6million to corruption every year.

The 2008 corruption perception index (CPI) ranked Uganda at 126th place with rampant corruption. The World Bank’s 2007 worldwide Governance indicators show that Uganda’s performance in accountability is below average. The world economic forums global competitiveness report for 2008-09 identifies corruption as one of the major constraints of doing business in Uganda. In 2008, a World Bank official noted that high level deals in procurement had been responsible for the loss of USD 300m (shs510 billion) since 2005.

The lack of civic competence makes the situation even worse. People from rural areas treat the provision of services as a gift or favor from the government. They do not see it as their right and therefore settle for anything. They will never know, for example, how much money has been passed to their local leaders for a road or a school. Even if shoddy work is done they remain thankful because they never expected it in the first place. • Ssemujju Ibrahim Nganda Weekly observer.

A Statement by Civil Society presented to the Consultative Group Panel discussion on Corruption, Kampala, 14 – 17th May 2001 observed that Large international business corporations and their representatives pay bribes to procure contracts for the supply of goods and services. Senior government officials and politicians serve their personal interests to the detriment of the economic and social development of their countries. GREED is the epitome of their work.

Donors and foreign governments prefer to keep a closed eye even when they know that senior officials in government are not capable of presenting proper accountability for the money they spend.

The government officials involved in perpetuating corruption are very influential senior officers. It is to be noted that large-scale corruption has taken place in government departments and the perpetuators have either been promoted or have been retired with their full benefits without causing an investigation to establish the facts. This has tended to send a wrong signal that Government lacks the political will to punish corrupt officials. It is also noted that even where reports by Auditor General and Commissions of Inquiry have implicated public officials, in most cases no action has been taken against them thus making such institutions appear useless.

But since NRM came to power in 1986 Uganda has also had tangible progress in establishing legal and institutional framework to counter this corruption. An effort most Ugandans do not seem to appreciate. Anti corruption legislations have been put in place like the Prevention of corruption act, the penal code act, IGG act 2002, Public finance and accountability act (PFAA) 2003, Leadership code act 2002, Public prosecution and disposal of public assets act (PPDA) 2003, the Director of public prosecution DPP, Inspectorate of Government, Auditor General and the inter agency forum though with limited results. Under NRM, some government officials have been charged and even detained on corruption.

But one retired judge, Justice John Bosco Katusi noted that the anti corruption court he headed was so incapacitated that only the “wretched of the earth” can be tried there but not those with “powerful godfathers in government.” He was convinced that one cannot pay an IGG 18m a month and an investigator 200,000=and think he is fighting corruption yet the investigator determines the type of information gathered.

The latest drama in the oil deals indicates that Uganda is still buried in corruption and the big government officers are still unwilling to end it. The head of state seems to cover up for his close allies, last week he openly opposed the court decision of arresting the former Vice president, he has openly rubbished documents presented to parliament about oil meaning he is has diverted from the Zero tolerance campaign. We witnessed the 1.7 trillion fighter jet budget yet malaria is wiping Ugandans out. If the former Ukrainian prime minister Yulia Tymoshenko was sent to jail for a seven year sentence over signing a fake gas deal with Rusia in 2009, what about those who take 62 for a bribe, talk about the 900milion at NFA, The Temangalo and NSSF saga, The USD 2m (GAVI) fund in 2005 and so much more. As parliamentarians threaten censure of ministers FDC President Dr Kiiza Besigye had a different view that “At the end of the day, no amount of censure will change things fundamentally unless we censure the top”

The biggest question we should ask ourselves as concerned citizens “Is there political will and commitment at all levels of government; from the Head of state and Parliament to the local government leaders to genuinely end corruption?” If not, do Ugandans have any role to play?

Format of the Debate

1.A summarized presentation on corruption in Uganda and a cross examination of whether there is political will and commitment from leaders at all levels in government to genuinely end corruption or whether it is entirely up to Ugandans , will open the dialogue (Presented by Prof Augustus Niwagaba).

2.A panel of high intellectual persons from civil society, legislature, political parties, academia and activists will be constituted to lead discussions on the theme of the dialogue.

3.A general discussion involving the panel and the audience will proceed; focus will be on the theme and particularly way forward on improving on the corruption image of this country.

4.The discussion will be moderated by a well informed journalist to ensure that the panel and participants make their submissions in the most intellectual form, opportunity to speak will be very democratic and the discussion will remain focused on corruption. 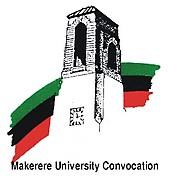