On June 28, the fourth edition of Uganda’s largest Social Media Conference was convened at Mackinnon Suites. 400 guests, speakers and exhibitors gathered to take part in a discourse on digital (dis) information and its impact on democratic processes. This year, a new multifaceted format was adopted with three parallel workshop sessions which were followed by insightful speeches, panel discussions and various debates.
June 29, 2018 Ordering Information 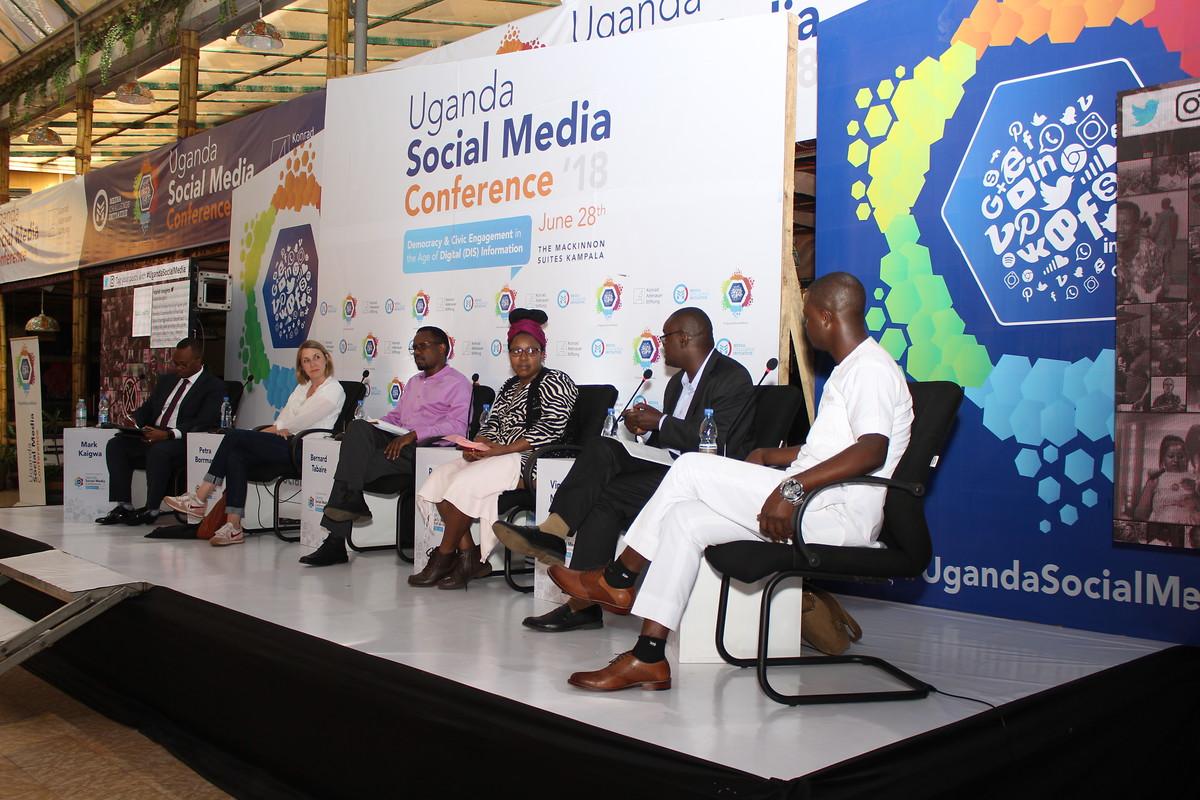 In the first morning workshop, the German-South Sudanese initiative #defyhatenow discussed ways to respond to and mitigate hate speech. Possibilities such as direct reporting, content verification or a general awareness creation through trainings, verification processes and personal reflection were presented. Furthermore, the reactive policies of tech companies as well as country-specific legal and regulatory frameworks were debated.

Mark Kaigwa, founder of the digital business consultancy Nendo, presented in the second workshop tools and trick of online manipulation. Due to the drastically increased content amount we receive daily, our attention span has grown very short and we are not able to process all available information anymore. Under such circumstances it is immanent that we stop, reflect and verify information before spreading them - otherwise disinformation is on the rise. To combat this trend, Mark Kaigwa showed methods and online tools to detect fake news, accounts or screenshots.

In the last workshop hosted by the Media Challenge Initiative, participants created together with experts digital content for civic engagement. Practicing with KineMasters on their smartphones, they learned how to use such tools to instantly respond to and influence public opinion.

He was followed by Mark Kaigwa’s informative speech in which he compared the online community to a village with different players embodying different intentions. Within such a diverse environment, online engagement should not simply focus on sharing a high content quantity but rather focus on strategical planning which content to share with whom.

Only such considerations would create direct value for the respective target audience. Markt Kaigwa then summarized for the wider audience his morning workshop about the mechanisms of fake news.

The afternoon continued with an interactive lead panel discussion regarding social media and disinformation, starring five panelists from various online media backgrounds. Fitting the format, the audience could raise questions directly or via Twitter. Topics discussed included the development of artificial intelligence fostered by algorithms and bots, support for investigative journalism, latest laws and regulations as well as the promotion, deletion or suppression of different types of news stories.

After closing the plenary session, participants could embark on four different journeys. First, they were invited to engage with various exhibitors on a market place. Furthermore, it was possible to discuss at the Speakers’ Corner with Songa Samuel Stone the possibilities of making news accessible and understandable within the wider online community, while Vincent Ng’ethe explained how to differentiate facts from fiction.

In the auditorium, participants could listen to ten lighting talks, covering diverse topics such as the new social media tax in Uganda, online activism during war time or the challenge between disclosing too much or too little information online.

The fourth activity which took place were two campfire conversations during which ways to counteract disinformation and political online engagement were discussed in small groups.

The conference was closed with a final debate around the main topic of disinformation and its impact on democracy. It was highly controversial whether social media directly causes disinformation or the latter rather being an inherent part of the social and political system.

Overall, the conference aimed to highlight how important it is to constantly discuss, challenge and scrutinize the impact of social media on a democratic society. 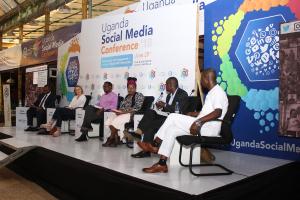 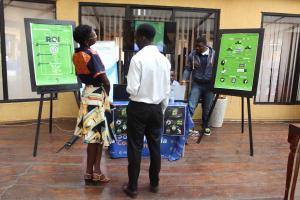 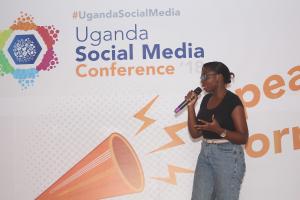 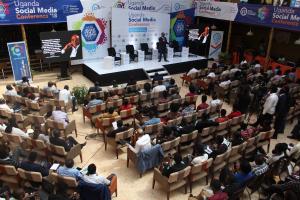