Appointed and Elected Leaders Working Together In A Multiparty System

The Konrad Adenauer Stiftung held a two day workshop together with the Directorate of National Guidance to educate district leaders from Katakwi, Soroti and Amuria on their roles in the multiparty system.
November 15, 2017 Ordering Information 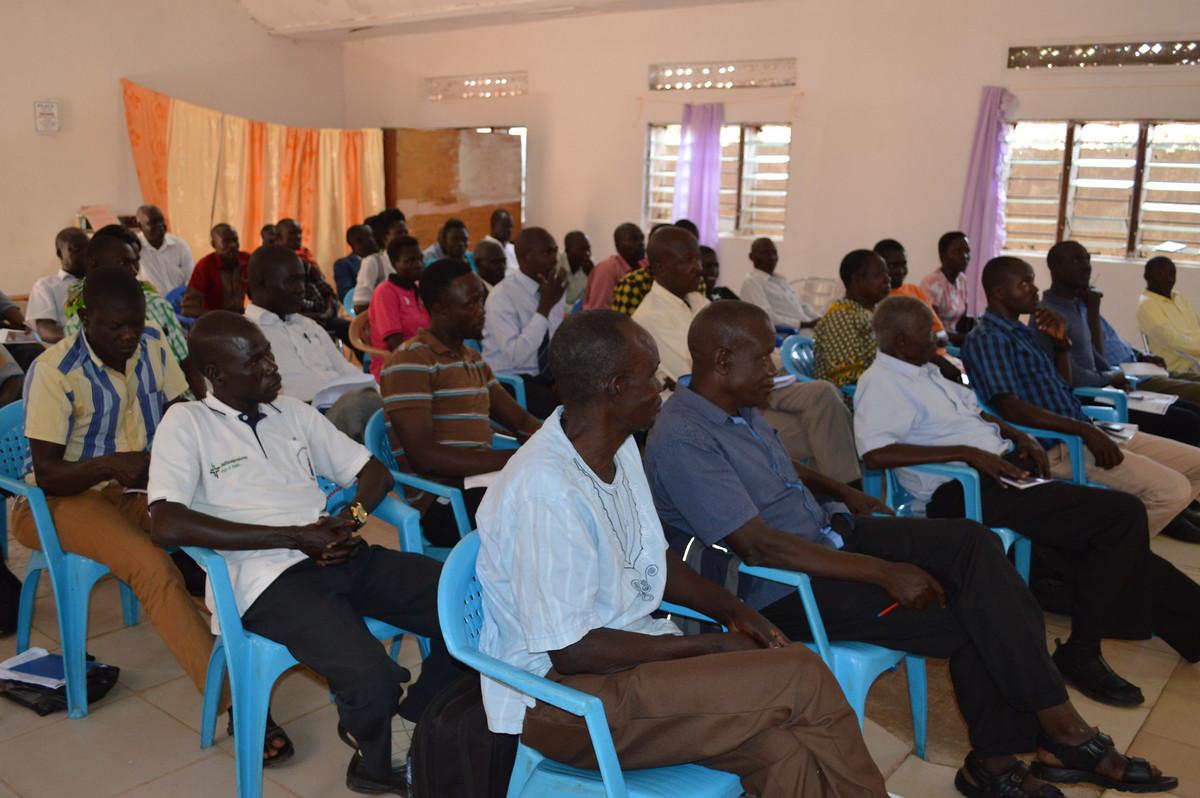 From 9th to 11th November, over 50 elected and appointed district leaders attended a training held by Konrad Adenauer Stiftung (KAS) and the Directorate of National Guidance (DNG) in Katakwi. Uganda is a multiparty democracy where political parties had been in abeyance for close to 20 years until the 1995 constitution of Uganda was promulgated. This ushered in a new system of governance that required the accommodation of different political views and opinions. It also meant that members of the different political parties would occupy any elective office at the district or national level. Three successive elections have been held since the return of multipartyism and thus the increased number of opposition political parties occupying different positions at both local and national level. This however has not been without challenge as it has been observed that some members of the ruling party have not fully embraced pluralism hence stifling service delivery at the local level by failing to work with the opposition to deliver services to the people. One of the major reasons why local government leaders fail to effectively deliver services to the electorate is the lack of a well-coordinated approach of working together despite the differences in political ideology and affiliation.

John Oyambi from the DNG opened the meeting and emphasized that party politics shouldn’t play a role in the two-day training. In order to improve Uganda’s situation, technical and elected staff must work together better in order to improve service delivery.

LCV Chairperson Walter Okiring then held a statement by praising the fact that a number of political parties were represented at the training and encouraged the participants to respect each other’s opinions and to work together.

Dr. Mutto’s first presentation focused on “local leaders in good governance in a multiparty dispensation”, speaking on the role of civic education in nation building and democracy to improve service delivery. Working together in a pluralistic environment remains a challenge in Uganda. However, each citizen must take responsibility to improve the country. Dr. Mutto spoke about the broader concepts underpinning democracy such as the rules and responsibilities of government and citizens, free and fair elections, mass media, and business. He emphasized building citizen awareness for these issues and encouraging citizens to participate in all aspects of society.

A further presentation on the topic of peacebuilding and conflict transformation was held by the Assistant Commissioner at the DNG, J.J. Bakalikwira. Peacebuilding is the key to sustainable development and socio-economic transformation. Citizens should be educated on how to avoid class conflict such as between the military, workers, farmers etc. This is needed to transform Uganda into a modern country. Because of a number of current political conflicts in the country, conflict sensitive policies are needed.

On day 2 of the training, Dr. Mutto held a further presentation on the topic of “Understanding democracy in a multiparty environment: what does it mean for service delivery?”. He criticized that democracy and human rights are often portrayed as a Western concept foreign to African societies. These human rights must be protected by the government. Furthermore, elected officials are appointed by the people, which means they are in turn accountable to the electorate. Citizens must therefore learn to hold their politicians accountable.

To close the meeting, short statements reflecting on the training and the topics discussed were held by John Oyambi as well as the former Minister of Education and Sports.

APPOINTED AND ELECTED LEADERS ON WORKING TOGETHER IN A MULTIPARTY SYSTEM 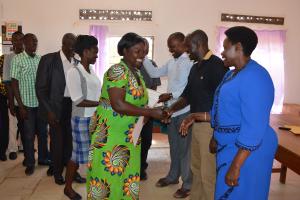 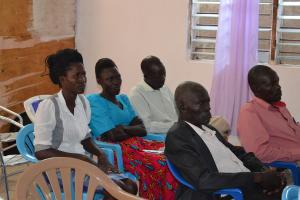 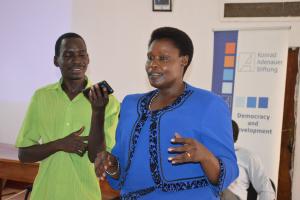