Between 16th and 17th June 2016, 43 participants drawn from Lamwo, Pader and Kitgum districts participated in a training workshop on promoting good governance in their districts. Aware of the fact that multipartyism is still relatively new in Uganda; the concept lacks appreciation especially at the local level thus the need to orient the new leaders on the key tenets of the same.
June 28, 2016 Ordering Information 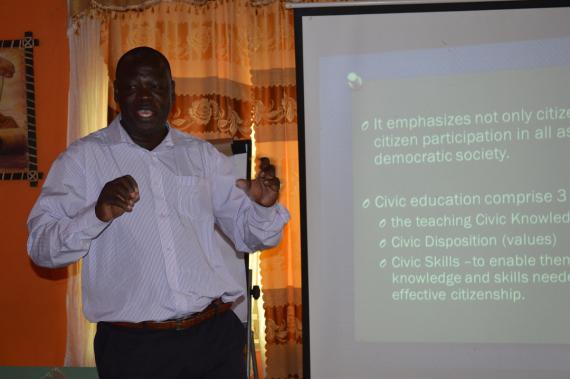 With the assumption that elected and appointed leaders need to work together in order to foster growth and harmonious working relations which is the bedrock for development of the individual districts, the training opened the understanding of the leaders to accommodate divergent views.

The leaders who include Resident District Commissioners, LCV and LC 3 chairpersons, Sub county Chiefs, Community Development Officers, Chief Administrative Officers, Women and Youth Leaders participated in the two day training on working together to foster good governance and multiparty democracy in their districts despite their divergence in political views.

With much enthusiasm, the RDC of Kitgum noted that there had not been trainings of this nature targeting Lamwo, Kitgum and Pader which he noted was a contributory factor to the average performance of the councils. He urged the leaders to make the best out of the knowledge they would get during the training. Right from the beginning, participants had consensus that they needed to work together in order to serve their people more effectively. This left them with the daunting task of exploring the best way of working together which led to interesting discussions during the breakaway group sessions. During the plenary, the elected leaders noted that much as they had the mandate of the electorate, they did not have the technical skills to get work done and thus vowed to work closely with the appointed and technical leaders to get their plans implemented.

The appointed leaders on the other hand committed to more transparency and involvement of the elected leaders especially on projects that need the buy in of the local citizens. This they argue would allow for ownership of the projects as well as ensure that monitoring is well done by both the leaders and the electorate.

Dr. Milton Mutto introduced the participants to different concepts about democracy, participation, separation of powers, and pluralism among others. Participants were enthusiastic about the knowledge they got, some of whom had never been exposed to these concepts. They were charged and with much interest, they looked forward to implementing what they had learnt during the training. One of the participants who passed a vote of thanks on behalf the other participants resolved to not be selfish with the knowledge acquired but rather share it with other leaders in Pader. She also noted that the leaders in her district had needed to open a new chapter in order to embrace the new knowledge and do things the right way. Nancy asked if DNG and KAS could organize a similar training for all the leaders from Pader and entire Acholi sub region.

Lillian Aber, the Chairperson of National Youth Council (NYC) urged the leaders to be keen on government programmes. She called on the youth to stop lamenting and take advantage of the resources available to them for example land, water, forests etc. Lillian noted that the youth livelihood programme had not been fully exploited by the youth in Acholi sub region thus calling upon the leaders to get more information about the programme in order for them to encourage the youth to enroll.

The RDC of Lamwo expressed gratitude to DNG and KAS for considering Acholi sub region. He noted the importance of learning to work together as different stakeholders in a district. He gave the example of Pader where he together with other leaders have been able to encourage parents to take their children to school as well as monitoring school attendance. He noted that this was only possible with a jointly coordinated effort.

In his closing remarks, the Director for Information at the Directorate of National Guidance Mr. Simon Mayende commissioned the trained leaders to go and illuminate the light they had obtained during the training. He challenged the leaders to be exemplary like a lantern that is lit, they never hide it under a table but rather expose so that it gives light. Mr. Mayende further demonstrated to the participants the dangers of ignorance citing bad governance and inaccurate prescriptions of solutions to challenges that leaders may not be aware of. He reiterated the commitment of DNG in partnership with development partners like KAS to ensure that more people benefit from such trainings. Mr. Mayende congratulated participants and challenged them not to leave the knowledge they had acquired in books and office but rather use it for the betterment of their local areas. 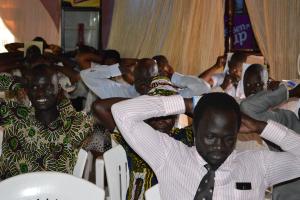 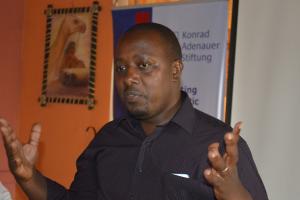 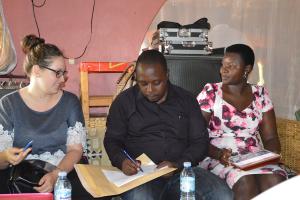 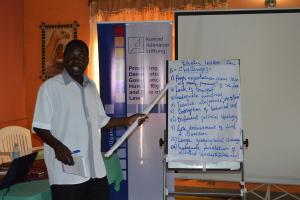 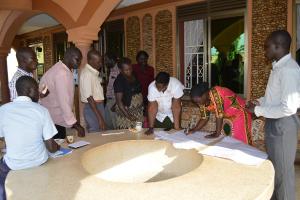