Misunderstanding cultures can lead to conflicts - this is particularly relevant in the context of South Sudan, where 64 different ethnic groups exist. At our intercultural dialogue organised together with the Network of South Sudanese Civil Society Organizations in Uganda (NoSSCOU) and Young-adult Empowerment Initiative (YEi), we brought together different stakeholders to discuss how to live together peacefully and constructively in a multicultural setting and to develop a sense of community and belonging.
May 8, 2019 Ordering Information 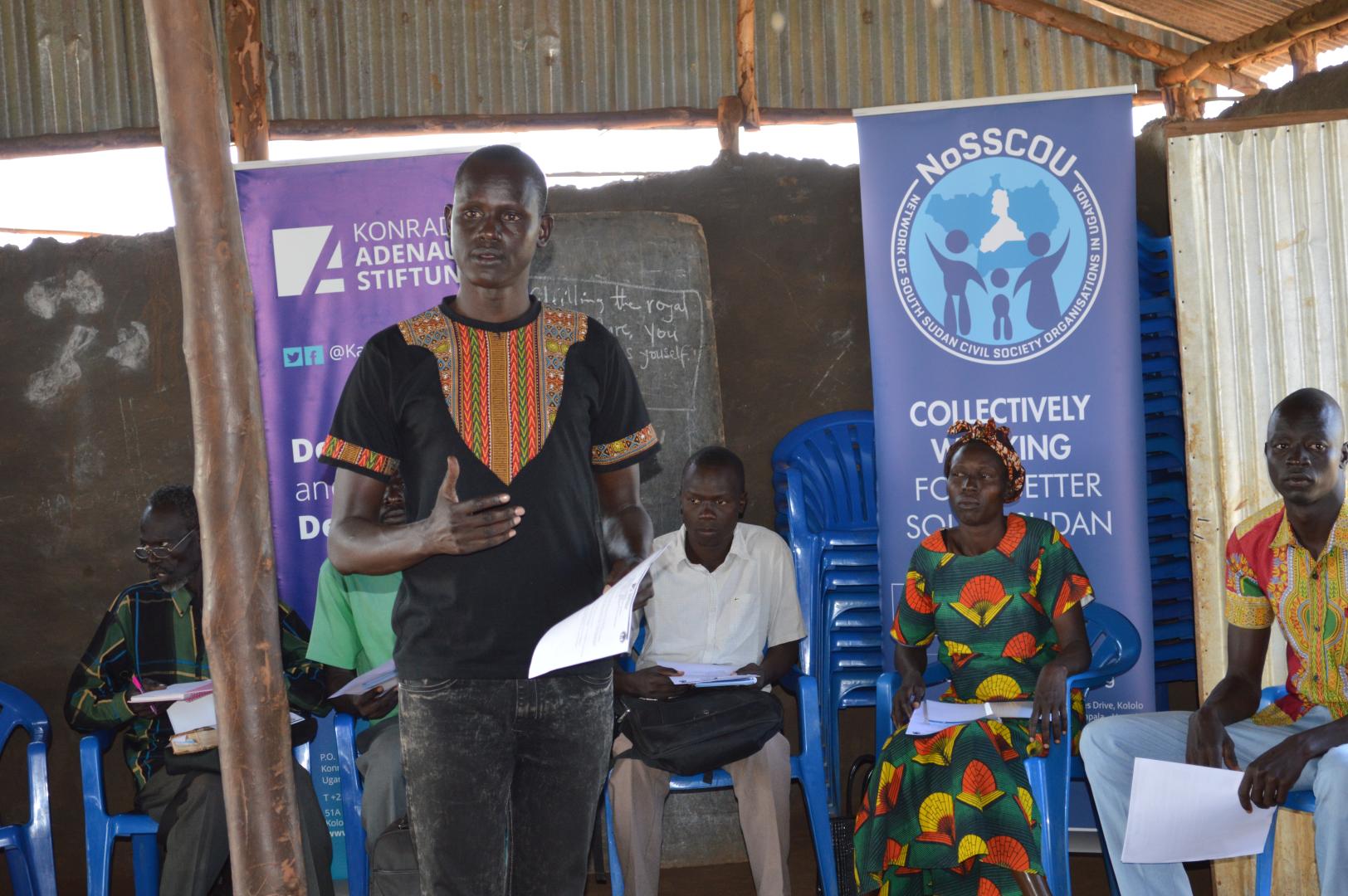 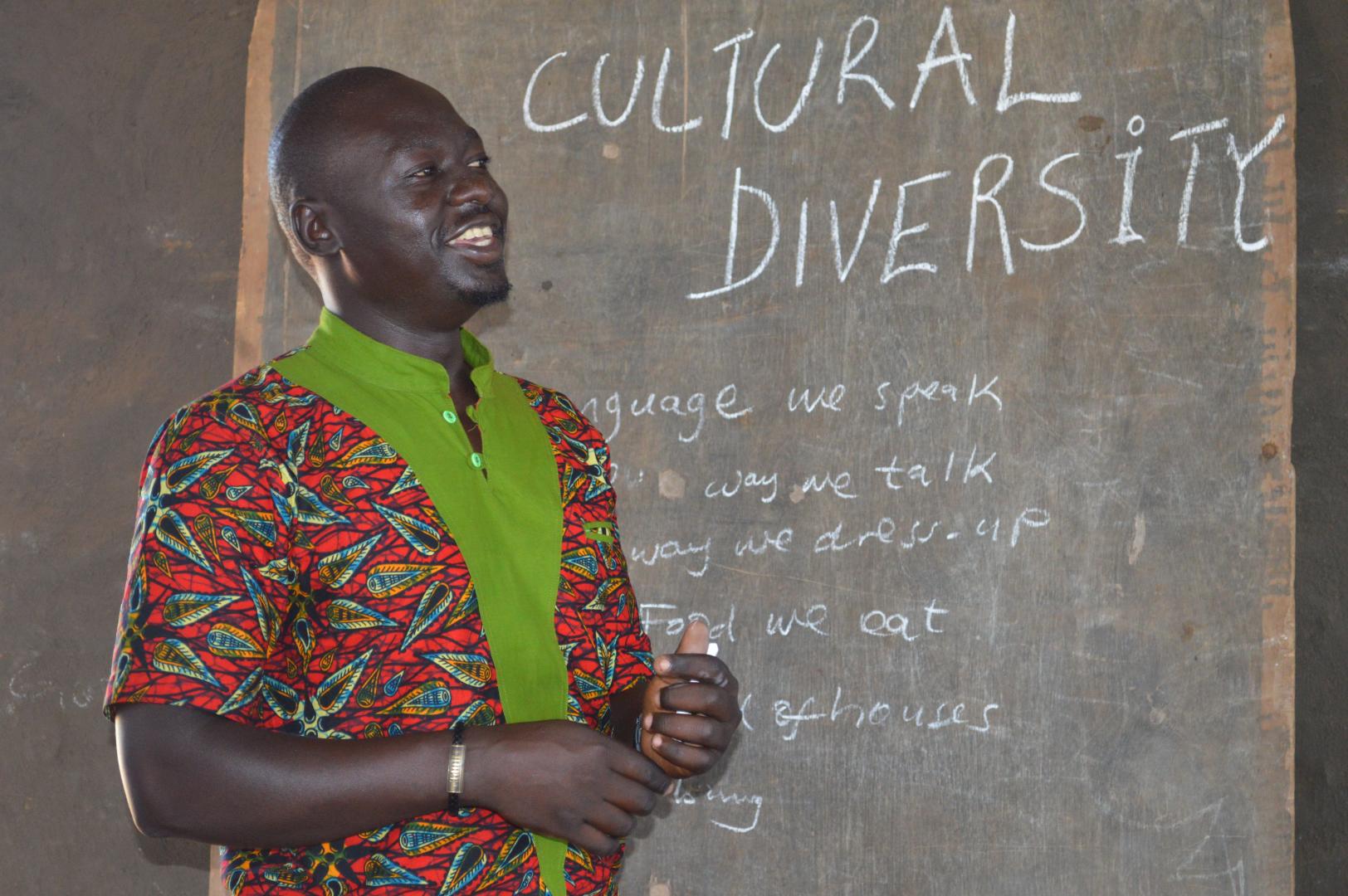 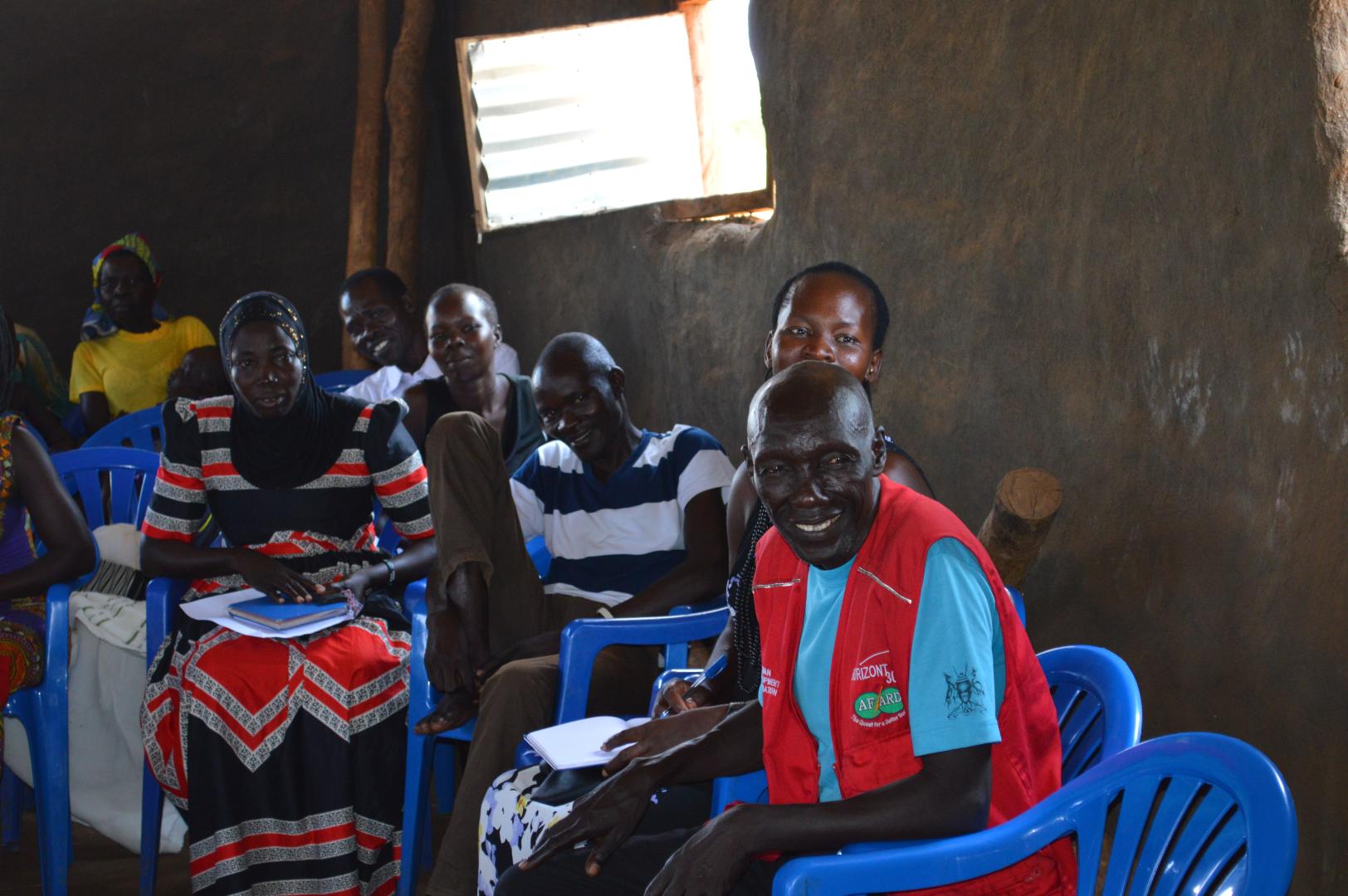 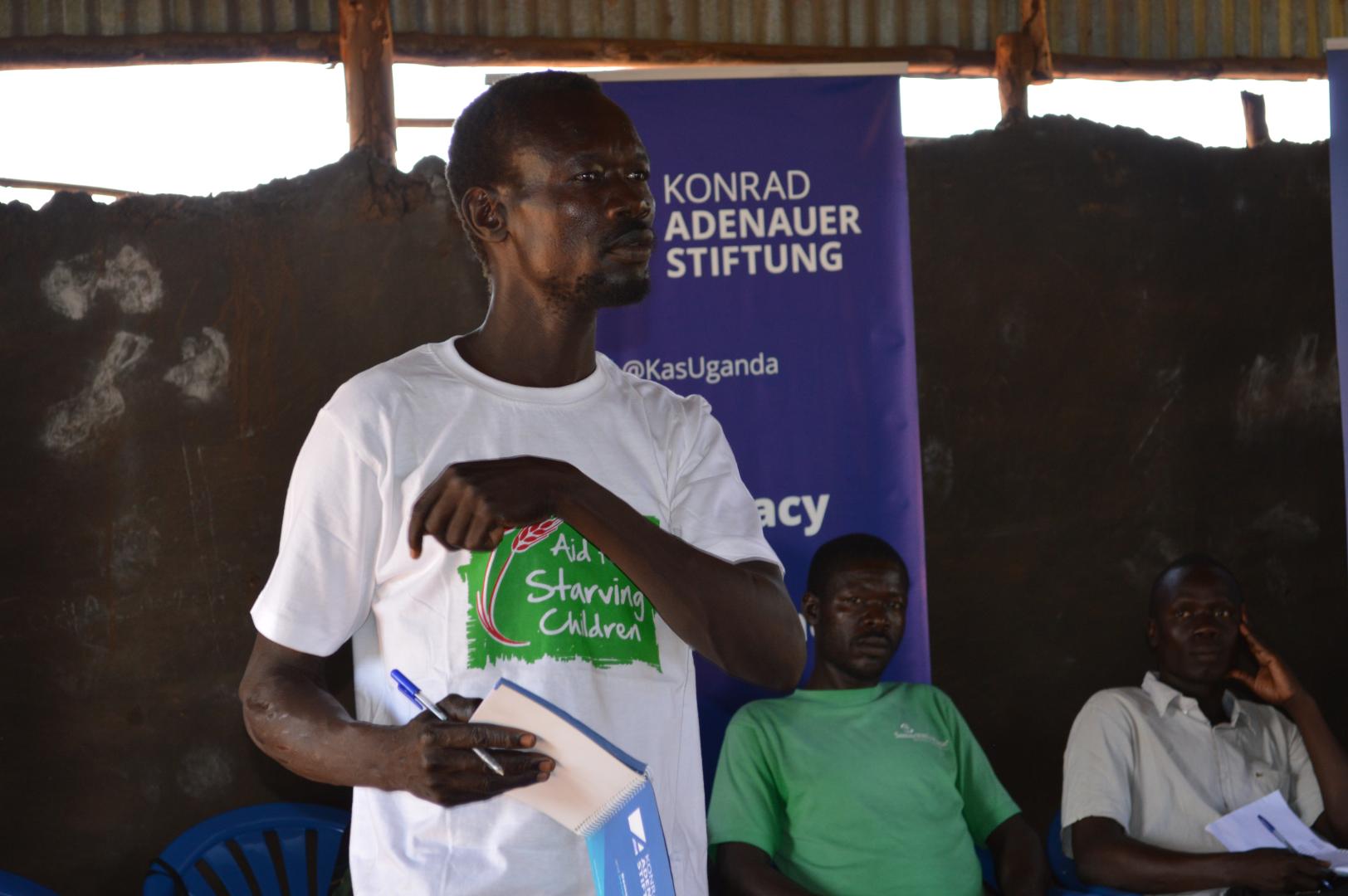 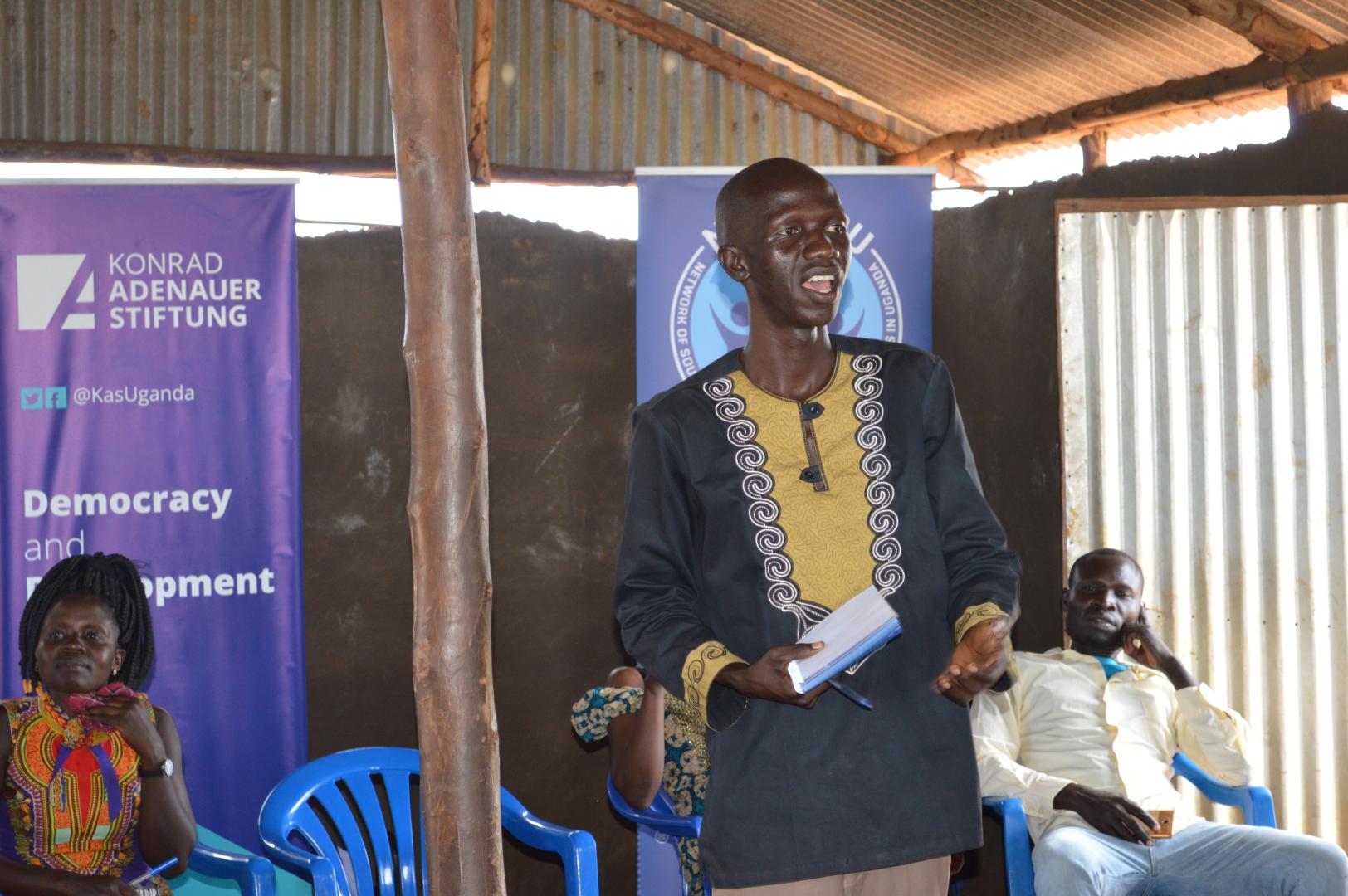 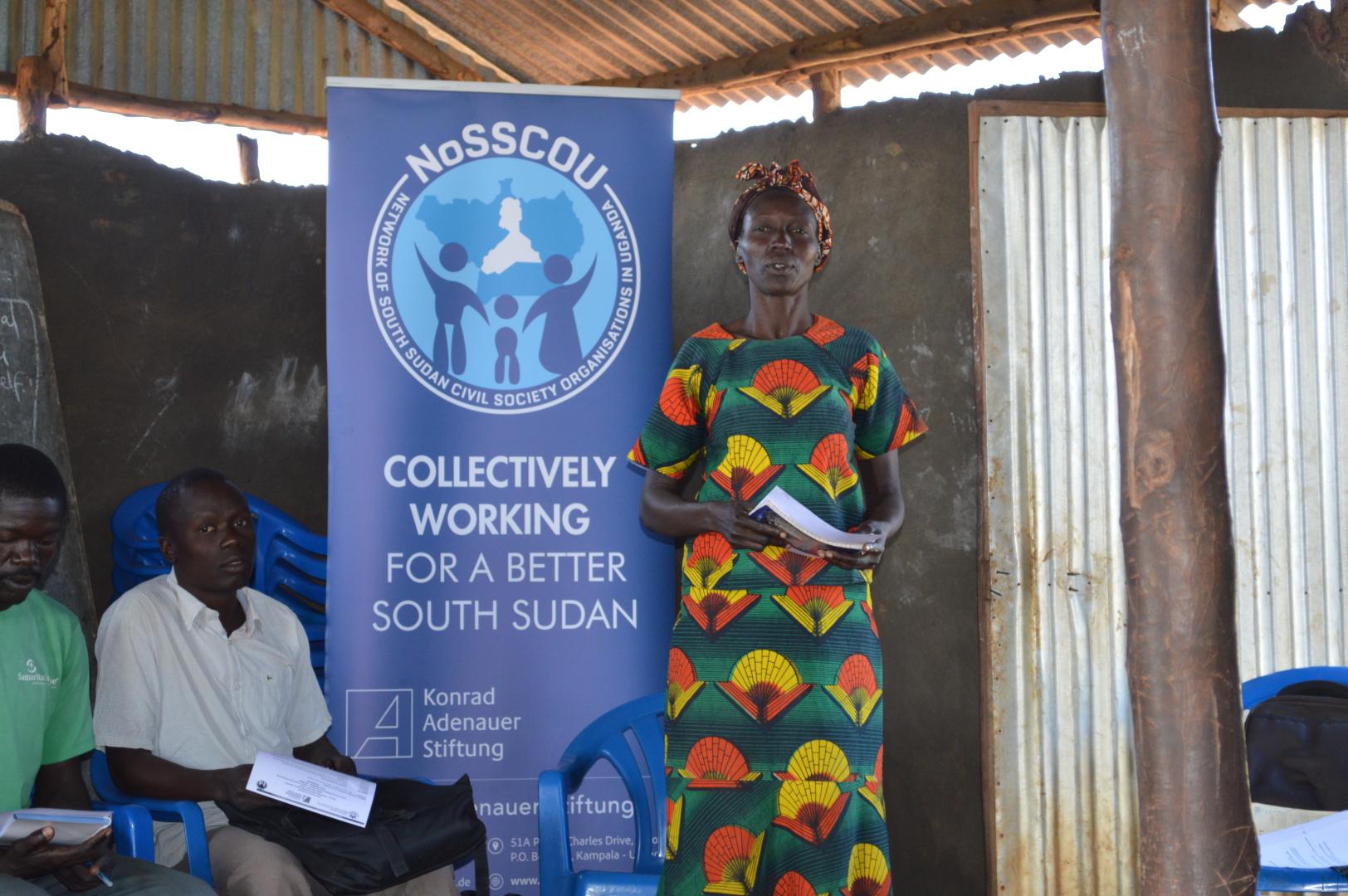 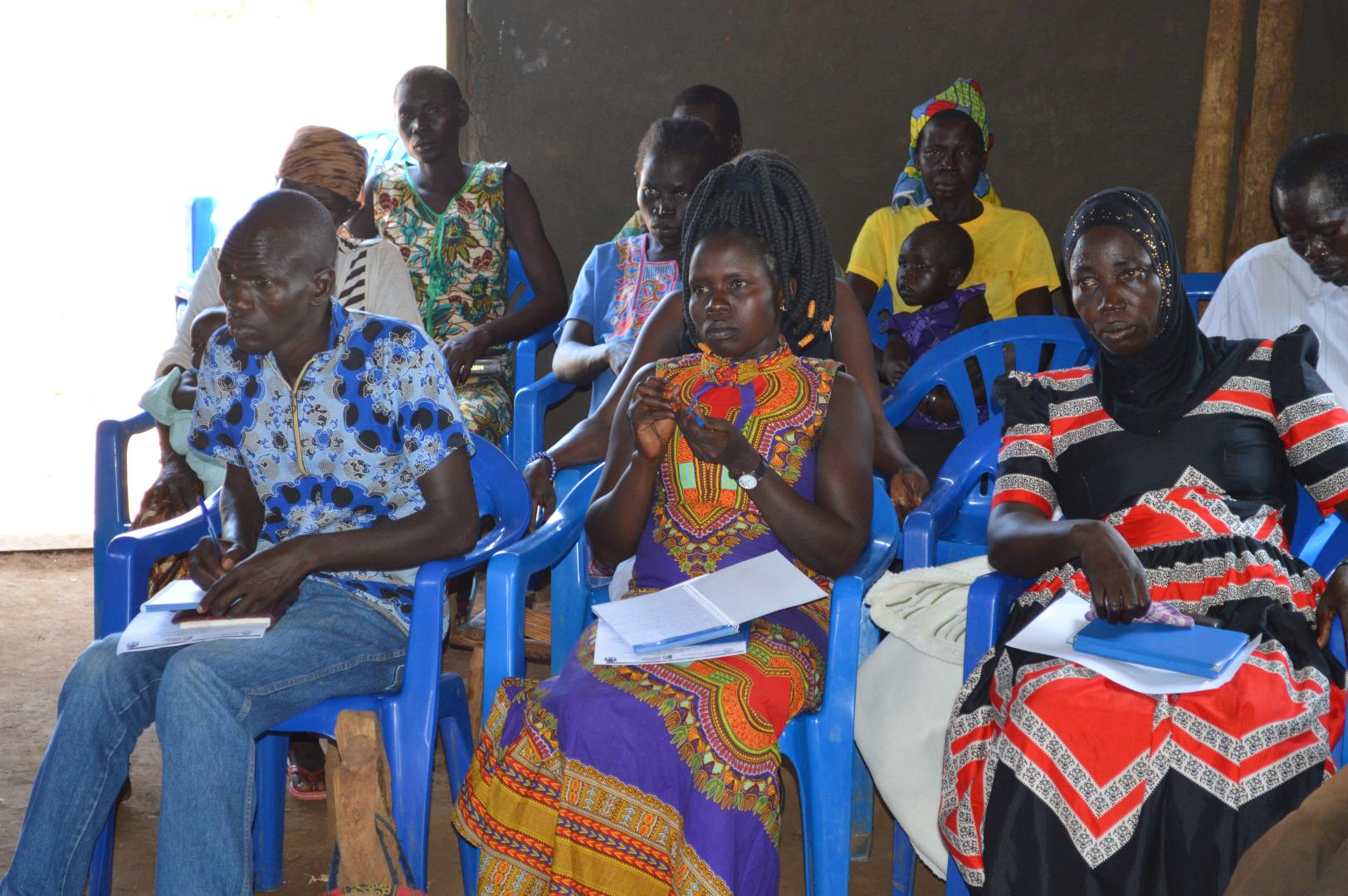 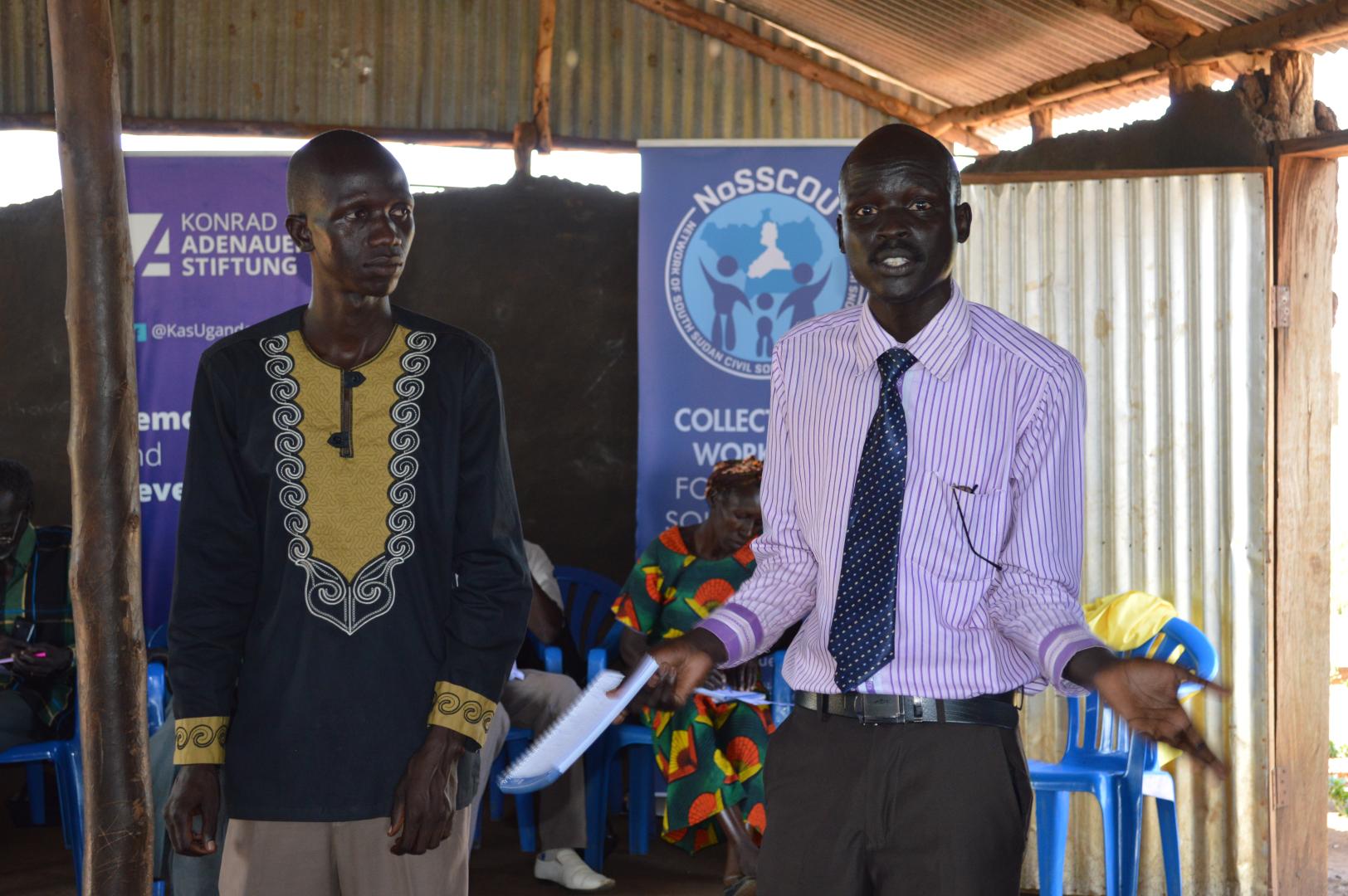 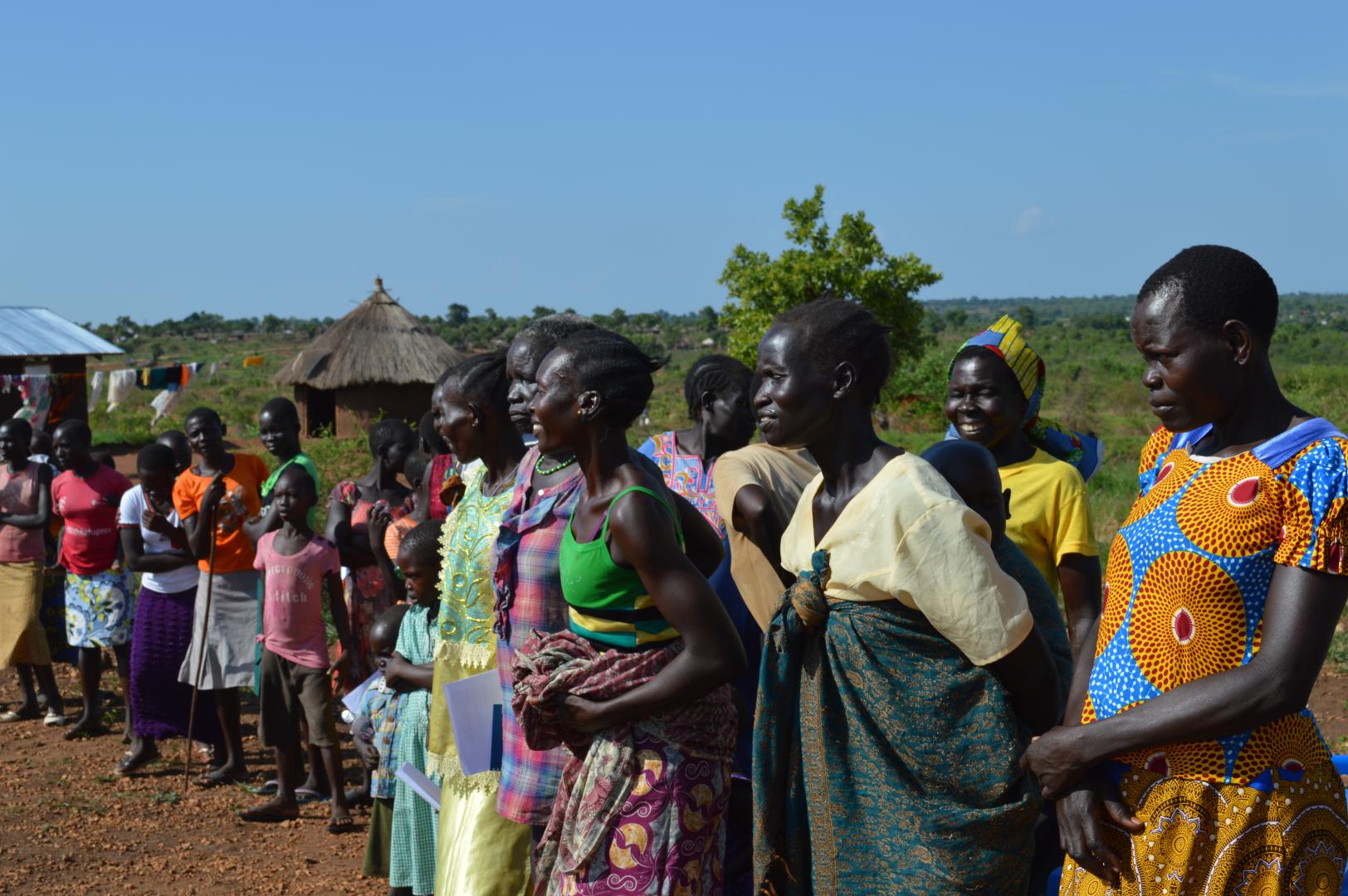 On Friday May 3rd 2019, the Network of South Sudanese Civil Society Organizations in Uganda (NoSSCOU) in partnership with Young-adult Empowerment Initiative (YEi) and the Konrad-Adenauer-Stiftung (KAS) organised a dissemination workshop on the Revitalised Agreement on the Resolution of the Conflict in South Sudan (R-ARCSS) along with an intercultural dialogue about the importance of “Building a Shared South Sudan Identity” at the Bidi Bidi Refugee Settlement in northwestern Uganda.

Following years of prolonged civil war and nearly fifteen months of protracted negotiations, South Sudan’s warring parties, political groups, and other stakeholders signed the R-ARCSS on September 12th, 2018. Nevertheless, a majority of South Sudanese citizens are still unaware that the revitalised peace agreement was signed or may not understand the details of its content. John Penn, peace activist and NoSSCOU representative, pointed out that “it is critical that ordinary citizens understand the Revitalised Peace Agreement” in order to be able to advocate for its implementation, engage in the transition process and bring peace to their communities. For this reason, Mr. Pen provided an overview of the peace process, guided the audience through the relevant chapters of the peace agreement and highlighted the role of citizens as well as potential areas for advocacy.

Following this section, a very enlightening keynote speech on the topic of cultural diversity was given by Donnas Ojok, Programme Officer at KAS. He defined the concepts of culture and identity and how cross-cultural misunderstandings or conflict may arise whenever there are cultural differences. “In the case of South Sudan, it is the case of one culture against the other culture or the other tribe. But we are here today to discuss and to reaffirm the importance that it is actually very good to have many tribes and cultures” he stressed. Furthermore, Mr. Ojok explained that “even in multitude we can live happily and harmonious together” by following specific steps to make cultural diversity in society work. First of all, he stated, it is from importance to recognise the abundance of culture while it is essential to respect, acknowledge and value existing differences. Moreover, Mr. Ojok emphasised, it is crucial to encourage the contribution of all groups within a society and celebrate multiculturalism.

Subsequently, the participants were asked to gather pro and contra arguments for living in a highly cultural diverse country, consisting of 64 tribes. Downsides of cultural diversity listed by the participants were high competition, misunderstanding, and miscommunication, corruption, disagreement, and oppression of minorities. Positive aspects included the potential for cooperation, strength, and peace in unity, resource mobilisation and collective knowledge and skills. Additionally, the group acknowledged that they “were brought here by a common enemy- the gun” and that the common interest of a peaceful South Sudan should outweigh cultural divides.

The workshop closed with a panel discussion on further opportunities to effectively use intercultural dialogue as a tool for peace, particularly in the setting of Bidi Bidi. The panelists, representatives of the community, youth, women, and faith-based groups, emphasised the importance of creating more space for intercultural exchanges and the necessity of including youth. Moreover, they identified religious institutions as well as sport and youth events as promising potential platforms to acquire intercultural competencies as those spaces are in most cases already peacefully shared by a variety of cultural or ethnic groups.