The Konrad-Adenauer-Stiftung (KAS) invited experts from Uganda and South Sudan to discuss challenges and possibilities of the recent peace agreement in South Sudan. To find ways of a more effective work for KAS in South Sudan, the round table discussion contributed to identify promising areas for KAS to engage in a peaceful and democratic development in South Sudan. KAS was very glad to receive Hon. Betty Bigombe, Senior Director for Fragility, Conflict and Violence at the World Bank, as chief guest to give her input on the progress in South Sudan.
November 25, 2015 Ordering Information 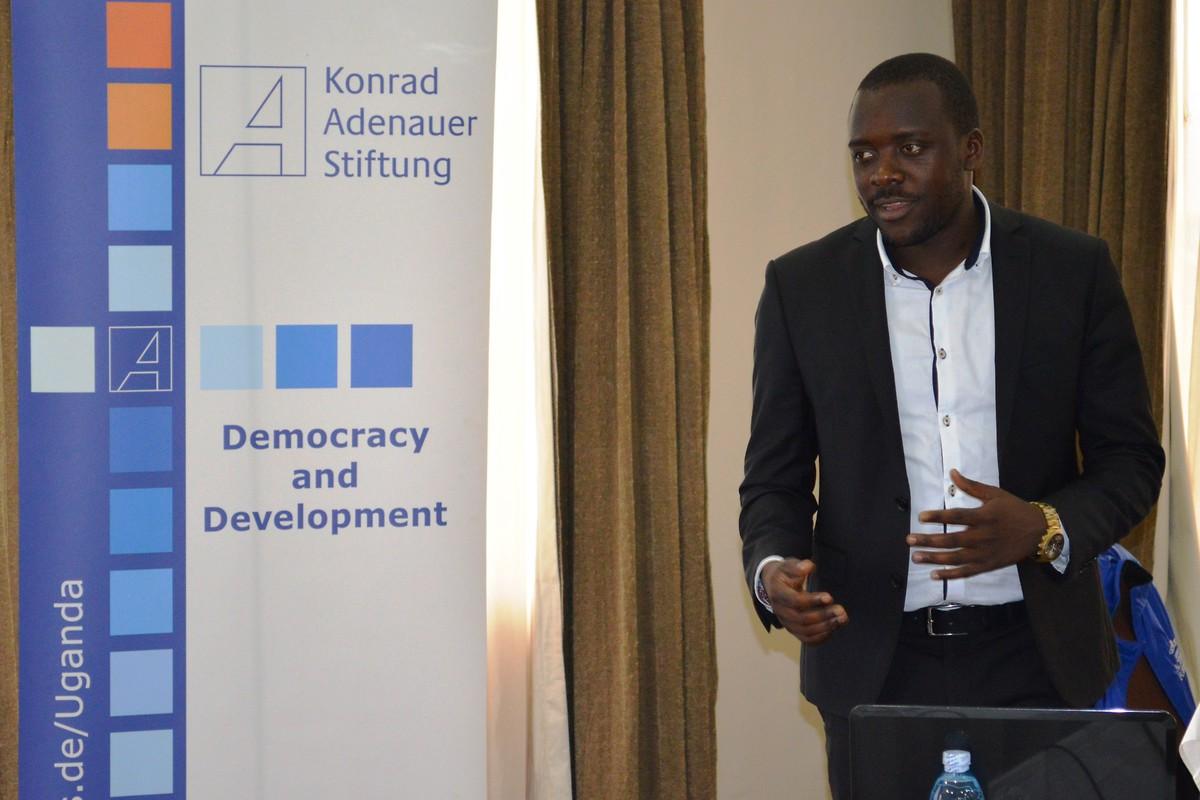 Mr. Yusuf Kiranda opens the discussion with a presentation on the political economy of the conflict of South Sudan. 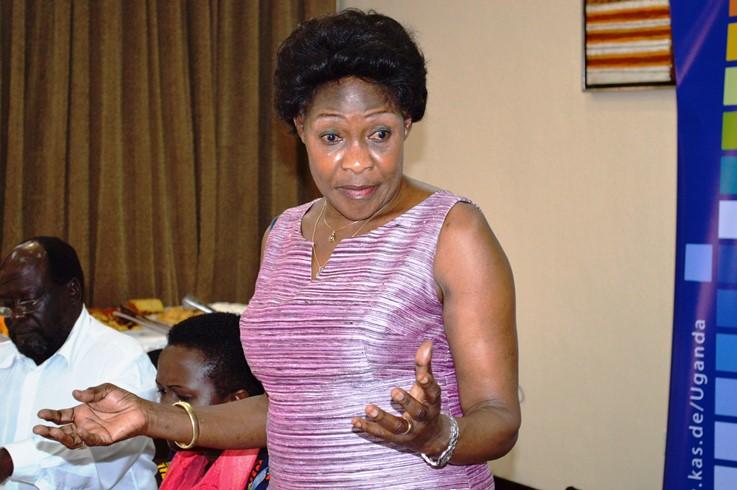 Hon. Betty Bigombe shares her personal assessment of the conflict and comments on Mr. Kiranda's presentation. 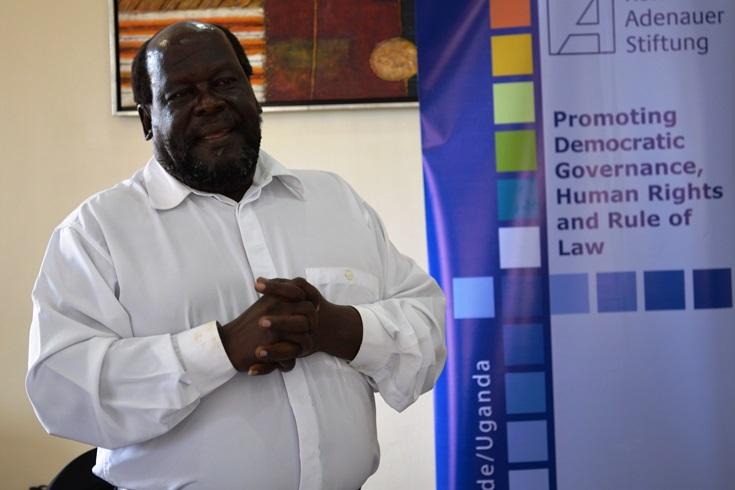 Prof. Ogenga Latigo emphasises the importance of building up trust between the conflicting parties. 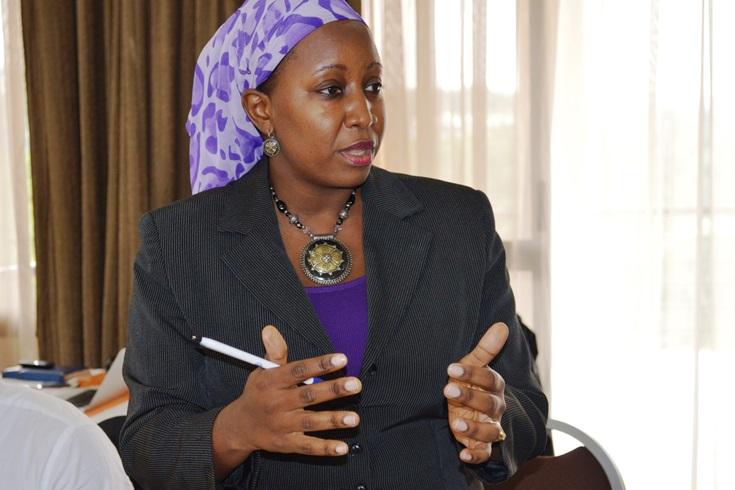 Dr. Zahara Nampewo emphasised that it is necessary to keep an exact record of what is happening during the conflict and the peace process. 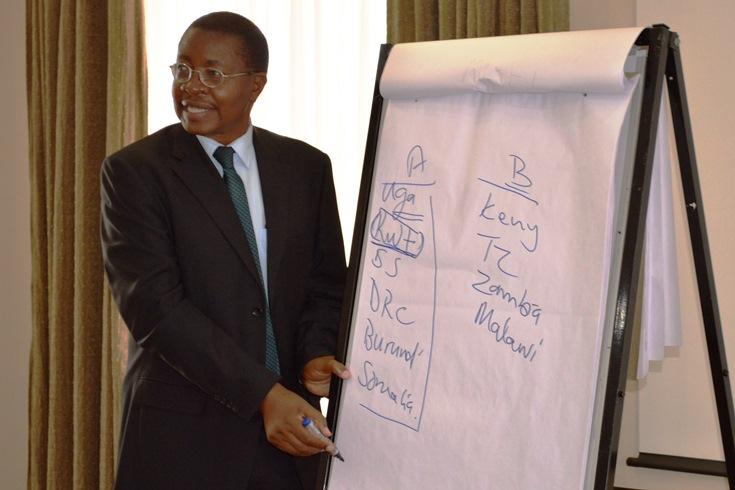 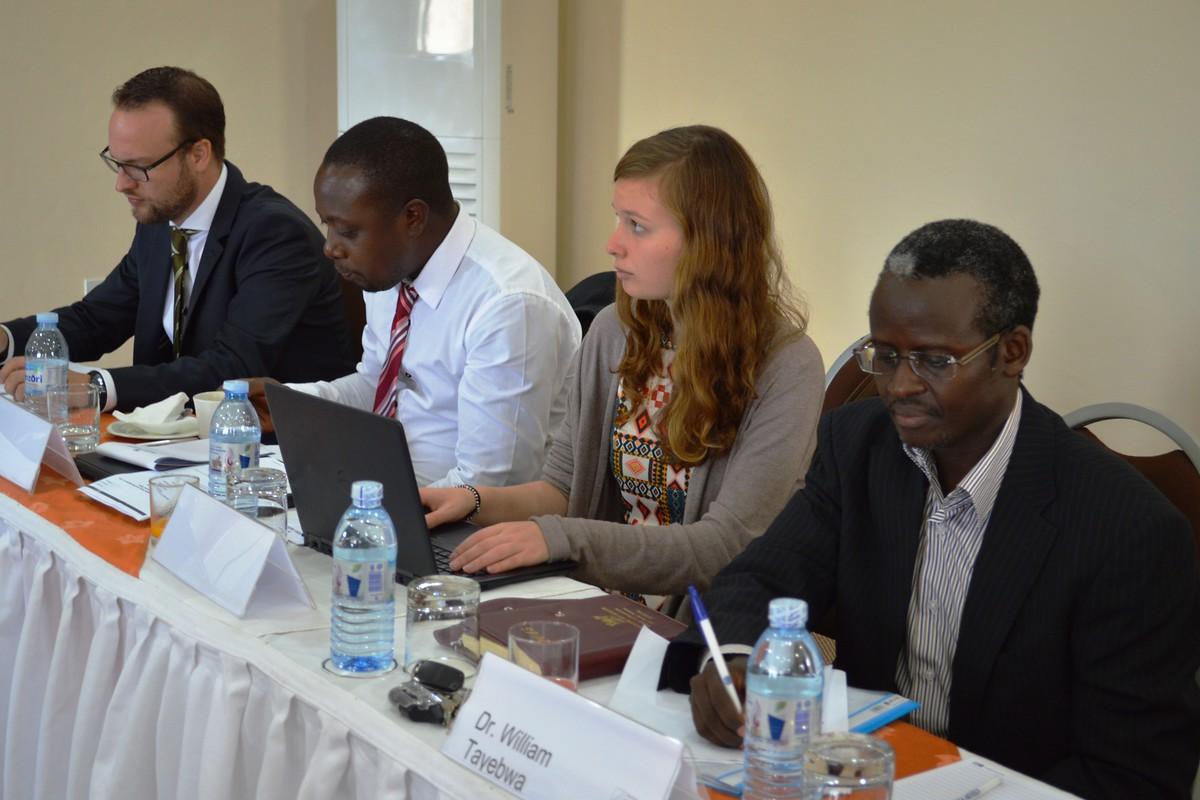 The presentation and contributions from the experts provided a lot of valuable insight... 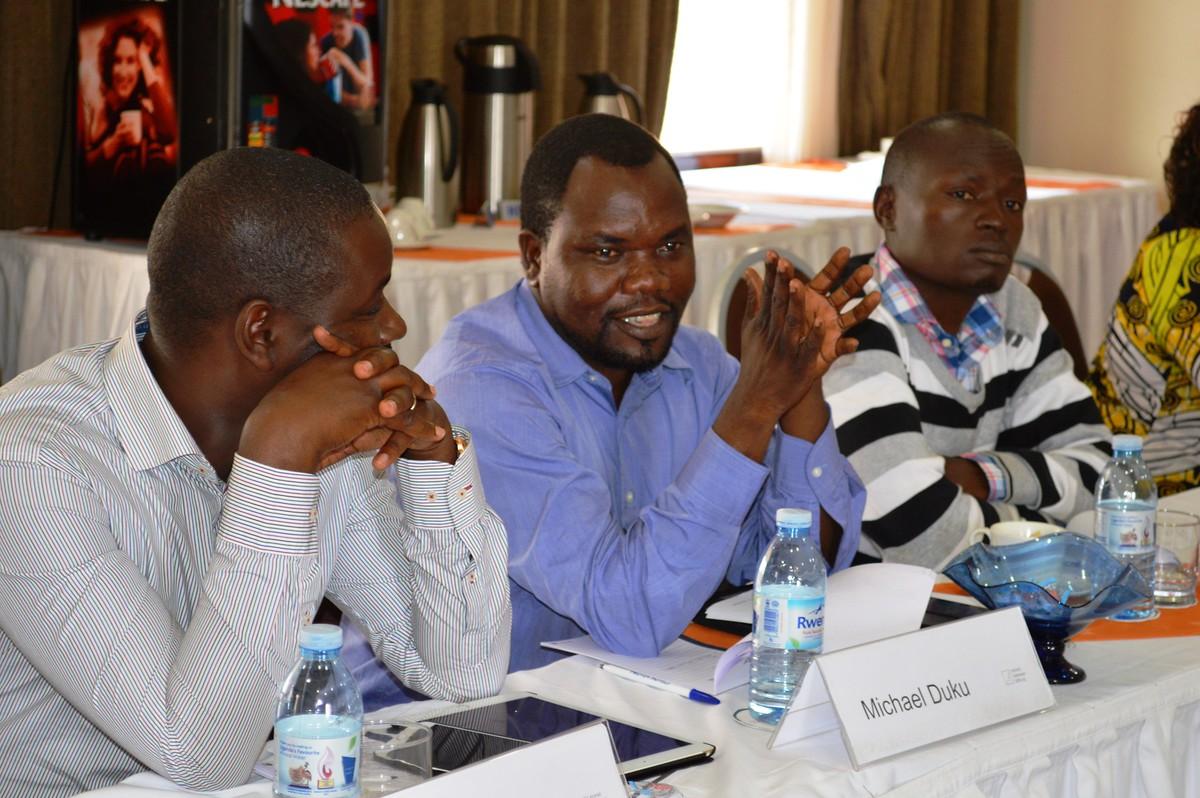 ... and heated discussions on ways forward for sustainable peace.

Dr. Daniel Komakech, moderator of the discussion and Director of the Institute of Peace and Strategic Studies, Gulu University, welcomed all participants and thanked Hon. Bigombe for coming all the way from Washington to join the round table discussion. He invited Mr. Mathias Kamp, Country Director of KAS in Uganda, to have his opening remarks.

Mr. Kamp emphasized the importance of the round table discussion with hand selected experts on how to implement sustainable peace and development in South Sudan. Since the Country Office of KAS in Uganda is also engaged in promoting democracy, good governance and rule of law in South Sudan, Mr. Kamp asked the experts for help in identifying relevant areas where KAS was able to play an active role in supporting a peaceful transition towards a democratic South Sudan – keeping in mind that KAS was not one of the big donors and therefore needed to have a rather targeted approach when it comes to supporting the peace process in South Sudan.

Following that, Mr. Yusuf Kiranda, Director of UNIFOG, gave a presentation on the role of the natural resources in the South Sudan conflict. His argument was that the question of oil was the driving factor of the whole conflict. In the context of a multi-ethnic society, without established institutions, infrastructure, and democracy, and a society based on personal contacts and personal rent-maximization, Mr. Kiranda argued that oil was the glue for holding the society together. He argued that the elites instrumentalized the ethnic factor and used the threat of violence to get the highest oil shares. However, he pointed out the danger of an oil depending economy in South Sudan, the militarized society and the fact that other important stakeholders are excluded from the peace process. His recommendation for an effective engagement of KAS in the peace process was to focus on the media as a major actor in sharing information and creating a platform for all stakeholders in the country.

After the opening presentation, Hon. Bigombe shared her expertise and her experience on the South Sudan conflict with the round table and focused on the implementation process of the SPLM. She argued that there a functional implementation process of the newest peace deal was needed. According to her, youth unemployment, a weak civil society, and the actions of the armed forces, if they don’t fully support the peace process, might endanger the transition process. She noted that without including women, youth and smaller ethnical tribes in the implementation process, South Sudan would not be able to move towards sustainable peace. In her assessment, women were the ones influencing communities on the grass roots level and were therefore in position to change the mindsets of the South Sudanese population from thinking about war and accepting violence as a means of solving conflicts to longing for peaceful coexistence. Especially the international community needed to act and be included in the after-war period to ensure peace in the whole region, but she also called upon the international actors to invest more efforts in prevention instead of intervene when the conflict was already going on.

In a reflection round, all participants had the chance to respond to the previous presentations and enrich the discussion with their unique expertise.

Prof. Ogenga Latigo, former leader of opposition and observer at the Juba Peace Initiative, shared his experience on the negotiation process of the Juba Peace Talks between the LRA and the Government of Uganda and emphasized the importance of trust building among the conflict parties. He was not convinced that the peace agreement contributed towards trust building and noted that KAS had the capacities to support the trust building process in South Sudan. Moreover, he was of the opinion that the main challenge was to break the competition and the distinction between the major ethnic groups Dinka and Nuer in South Sudan.

Prof. Maximiano Ngabirano, Director of the East African School of Diplomacy at Uganda Martyrs University, brought up a more regional view of the conflict and highlighted the necessity to look at the conflict in the context of the Great Lakes Region. Historically, many presidents of the region took over power as a result of armed conflict and rebellion, and it was possible to see a clear pattern when it came to those presidents handing over power at some point. According to him, violence, threat, and insecurity were not only a problem in South Sudan but a problem of the whole region and needed to be addressed as such.

Dr. Zahara Nampewo, Director of the Human Rights and Peace Centre, Makerere University, was of the opinion that proper documentation, data collection, and research might help to find a way in handling the after-war period. She explained that that kind of data could be used for clarifying questions of reparations and dealing with crimes conducted during the war.

In her closing remarks, Hon. Bigombe concluded that there was a multi-level approach needed to address all mentioned problems. She motivated KAS to not pull out of the country and explained that it was not all about the money – seeing that KAS was not one of the very big donors in terms of financial resources - when making a difference but more about the right approaches and reaching the important stakeholders.

Mr. Kamp thanked the experts for their useful input and appreciated their constructive suggestions. In his closing remarks he highlighted the values and the importance of democracy and stated that he was convinced that KAS had the capacities to engage in civic education and trust building to support the transformation process in South Sudan.