Following the release of the 9th Edition of the Reality Check Report, which focuses on the issues of Employment, Entrepreneurship and Education in Uganda, the debate on employment takes a rather different yet more analytical course. During a three-day conference to discuss the report, the focus on youth (un) employment changed from victimising the unemployed to problematising the labour market.
May 22, 2017 Ordering Information 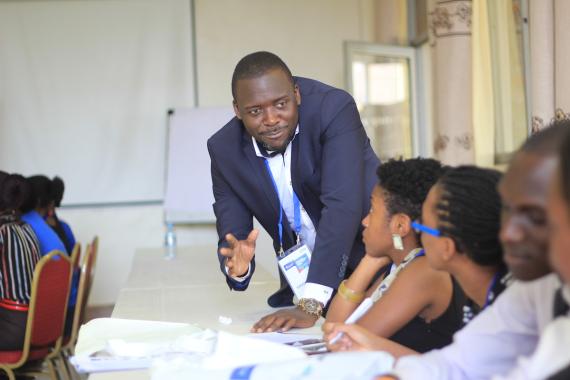 It also moved from looking at unemployment in figures of 83% as has been misquoted from the African Development Bank and or 64% by ACODE to the national figures of 9.4% by UBOS. The report also identified underemployment as the biggest threat to be addressed as opposed to the frequently presumed anecdote of unemployment. It was argued that it’s rather the low labour demand growth than the skills mismatch that accounts for the current unemployment and the high rates of underemployment.

For long, the debate on (un)employment in Uganda and other emerging economies held the narrative that it is skills mismatch and the lack of youth entrepreneurship as the binding constraints to youth employment. To address this, emphasise has been put on changing the curriculum to include more practical skills. This indeed, saw the increased emphasis of technical skills advancement in a bid to produce more students with practical/employable skills. In other wards, the focus has been on the labour supply side. The underlying assumption to this approach is that there are job opportunities but the unemployed youth lacked the necessary skills to take up these jobs.

According to the report and later the discussion, the employment challenge in Uganda first covers the non-participating labour, the unemployed and the underemployed in terms of time, skills and wages. Accordingly, the binding constraint is the lack of labour demand growth which has even during the impressive economic growth periods registered limited growth. It is argued in the report that labour demand growth will majorly be driven by modern wage labour through Small and Medium Enterprises (SMEs) replacing indecent work. At the same time, household enterprise work becoming more skill and time-intensive and with better-remuneration. In other wards creating more decent jobs employment which is adequately remunerated, safe, secure, meaningful and dignified.

Uganda’s development papers, the National Development Plan II and vision 2040, report on employment as a big challenge in the country. The two documents as presented by Dr. Muvawala of the National Planning Authority prioritises the creation of decent jobs especially for the growing number of youth in the country. This according to the two documents is a prerequisite for Uganda’s attainment of a middle-income status. Thus, the government is targeting priority areas where jobs can be created. However, it is reported that the investment environment in the country is not favouring firm growth and local firms are not competitive enough to face the international firms. Other challenges pointed out as deterring the labour demand growth were the lack of value systems amongst the youth such as honesty and professionalism for which many employers have continued to complain about. The low industrialisation and value addition, has led to loss of jobs through exporting value chains as well as the low saving culture in the country which has limited the availability of funds for the private sector to borrow, the results of which has been high interest rates.

A critical look at promising sectors

In many discussions and even economic theories, agriculture sector is said to be the number one employer in emerging economies. The government has always been pressured to increase funding for the sector which employs 6 million Ugandans. However, the call for more sector funding has not been specific on the exact area (binding constraint) and as such misallocations have occurred in the process. The discussion however, took a rather analytical look at the sector to identify the most biting constraints which should first be addressed. It was discovered that the binding constraints to labour demand growth within the agriculture sector included insecure land rights which have discouraged heavy investments in the sector, climate change which has wiped many farmers especially smallholder famers who cannot afford irrigation out of business and the poor markets and information gaps. The poor markets have maintained low returns from agriculture discouraging many potential investments.

Therefore, priority areas in the agriculture sector should be on irrigation making it affordable and available to farmers especially the smallholder farmers. This could keep farmers in business throughout the year hence demand for labour. It was also noted that Uganda has a comparative advantage in terms of agriculture compered to her neighbours. There are fertile soils that can support crops with limited application of fertilisers on addition to relatively good weather. The other area was the formation of cooperatives where farmers come together to sell their produce collectively. In this case, they can overcome the middle men who reduces the gains by the farmers.

A similar analysis was made for the service sector. The challenges to labour demand growth in the service sector was explored. This followed a somewhat high speed of growth in Uganda’s service sector. It was discovered that there is lack practical skills training, information gap and lack of demand for specialised services. However, these requires more in-depth analysis to get to the binding constraints.

While as the economic explanations to labour demand growth seemed convincing in explaining the employment challenge, an exploration into the relationship between governance and employment opened another area worthy a rigorous study. In this line, it was argued that the investment environment and entrepreneurship are determined by politics. As argued by Acemoglu et al., (2012) political institutions determine the distribution of political power in society and the form such a distribution will take depends on whether they are inclusive or extractive. Extractive political institutions will give raise to extractive economic institutions where the rules are designed to extract income and wealth from a large subset of society to benefit a much smaller subset. Inclusive political institutions on the other hand will lead to inclusive economic institutions where the rules foster economic activities and economic progress. Once institutions are established, they tend to persist and to reinforce each other, unless a fundamental change brought about by responsive social forces alters the incumbent social equilibrium. Thus, the government according to Dr. Muhumuza has influences the economy in three major ways; through the policies they formulate, the laws that govern the economy and the procedures that are followed. The policies will attract or discourage entrepreneurship just like the laws. Equally the procedure will ease or complicate the processes of starting up business. Government policies for the example the health policies can make labour expensive where there is poor health system making it expensive for the employer to insure the health of their employees. Government policy and programme are influenced by the political agenda but unfortunately, it was argued that the current political agenda in the Uganda is not strong at fixing the economy. Thus, the political regime fundamentally influence the investment environment in the country and hence the labour demand growth.

On the other hand, the relationship between education, entrepreneurship and employment was explored and cleared of the myths that have surrounded it for years. The prevailing myth that has been held for long is that Ugandans are not entrepreneurial enough and that the education system is not practical to equip learners with the skills required on the job market. Nevertheless, in 2014, Uganda was ranked second most enterprising country in the world after (GEM 2014), except for the fact that most Ugandan entrepreneurs are driven by the need for survival after failing to find formal jobs. This is contrary to what should drive entrepreneurship – the presence of an opportunity, a problem to solve or a gap to fill. Thus, the relationship between entrepreneurship, education and employment only matter to the extent that entrepreneurship is opportunity driven, and education affects labour demand growth. This therefore implies that education improvement should go hand in hand with changes in the business environment.

Other observed trends in labour demand

The last man power survey in Uganda was undertaken in 1989. Since then, the country has been working on estimations. The only recent survey was in the oil sector. Thus, there is information gap on the labour growth in Uganda.

The report and later the discussion open a new perspective of looking at the employment challenge in emerging economies. It however, recognises the need for more rigorous research into the specific binding constraints on labour demand growth in high potential sectors.

BUILDING CONFIDENCE IN THE FUTURE