At a conference organised by the Konrad-Adenauer-Stiftung the former President of Germany, Prof. Dr. Horst Köhler, discussed with leading Ugandan representatives from economy, politics and civil society about the principles of the social market economy and their relevance in the Ugandan context. He accentuated his optimism regarding Uganda’s future in spite of persisting problems such as poverty and unemployment. „I see among Ugandans the willingness to face the existing problems and the confidence in their ability to solve these problems “ Köhler stated.
June 18, 2011 Ordering Information 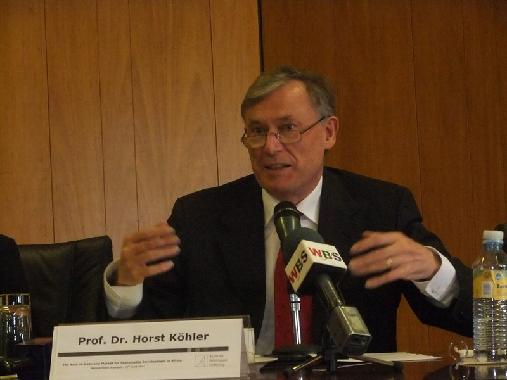 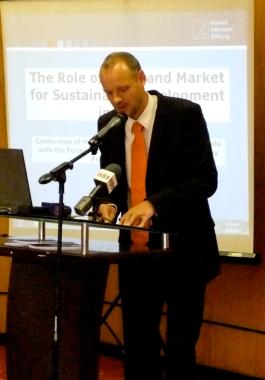 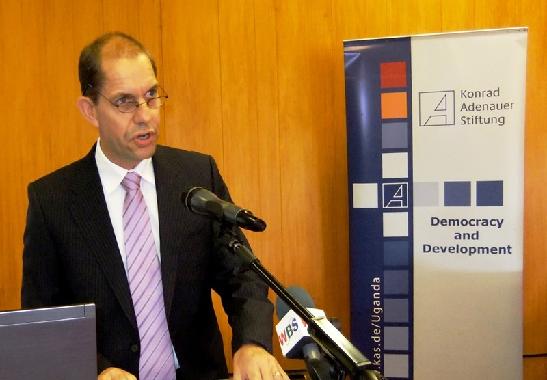 -
Dr. Gerhard Wahlers, Deputy Secretary General of the Konrad-Adenauer-Stiftung explained the objective of the foundation to promote a constructive dialogue on social market economy principles 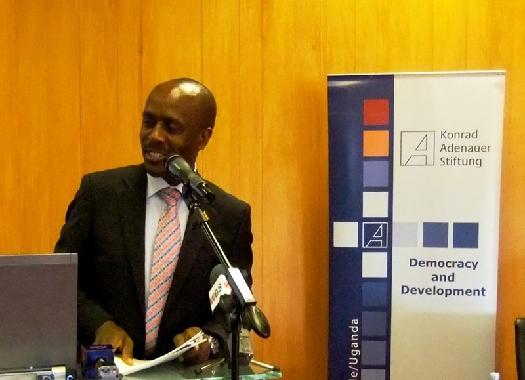 -
The Minister of State for Economic Monitoring, Hon. Henry Banyenzaki, represented the Ugandan government and promised to be personally committed to a continuous dialogue on economic policies 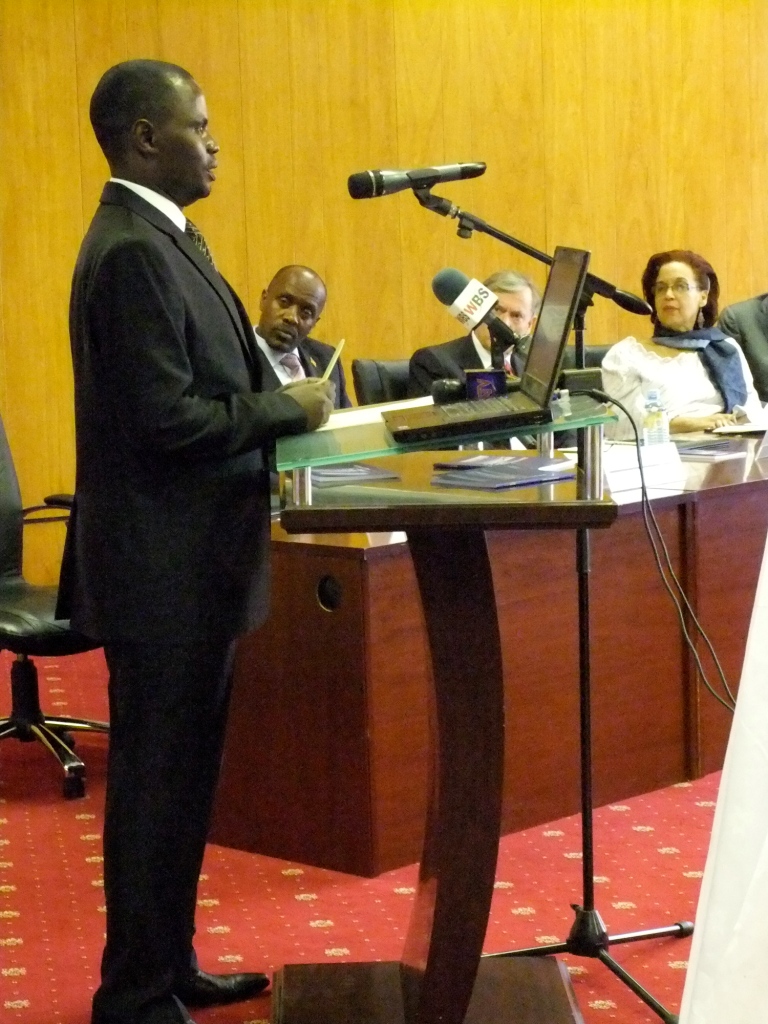 -
The Ugandan economist Dr. Evarist Twimukye presented his study on economic policies in Uganda in light of the principles of social market economy 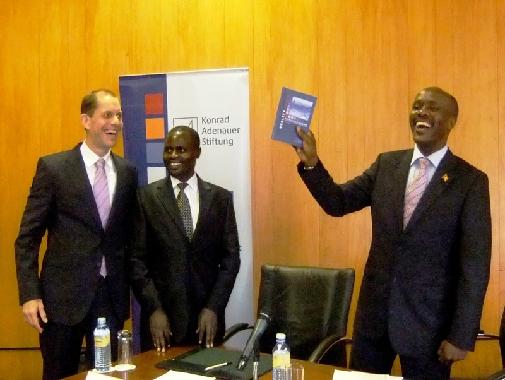 -
Dr. Evarist Twimukye together with Dr. Gerhard Wahlers, Deputy Secretary General of the Konrad-Adenauer-Stiftung, handed over the publication to Hon. Henry Banyenzaki, Minister of State for Economic Monitoring. 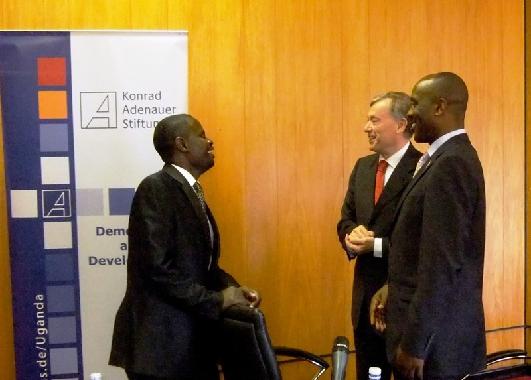 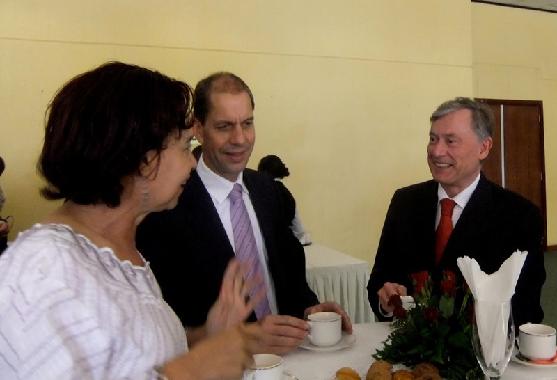 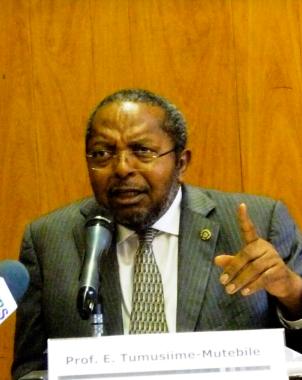 -
Prof. Tumusiime-Mutebile, Governor of the Bank of Uganda, expressed his criticism concerning the recent expenditure policy of the Ugandan government 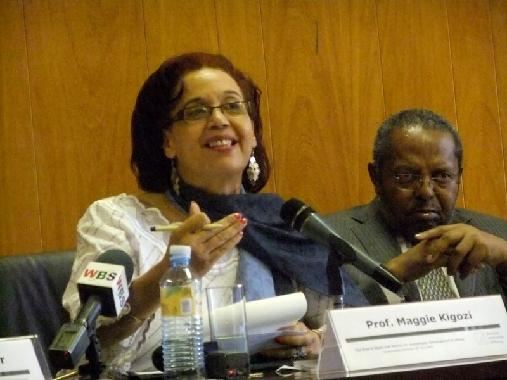 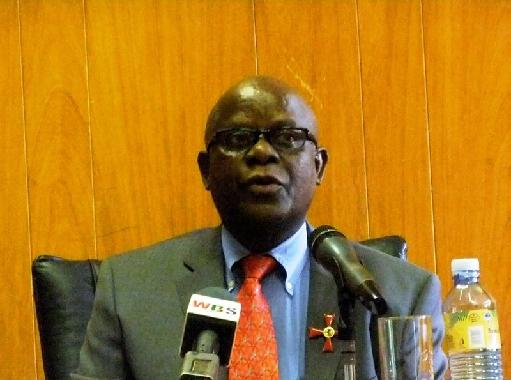 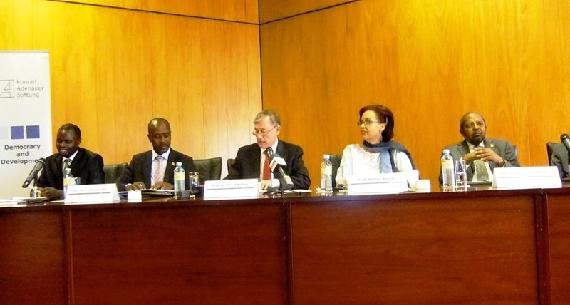 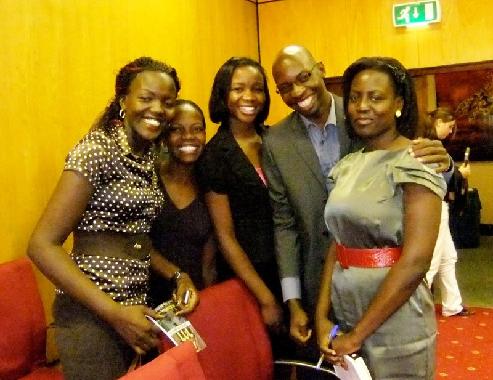 Köhler pointed out that the principles of the social market economy can be valuable guidelines for the Ugandan economic policies. Accordingly he promoted the implementation of the social market economy, which provided for the economic „miracle“ in Germany. He emphasised that the concept should not be taken as a blueprint for Uganda. In any case the concept is not static but flexible and open to new challenges. Uganda should „find its own balance between a free market and social equity“ Köhler commented.

At the beginning of the conference the Ugandan economist Dr. Evarist Twimukye presented his publication, conducted on behalf of the KAS Uganda, with the title „Reality Check – Economic Policies in Uganda and the Principles of Social Market Economy“. In his study he analyses the Ugandan economic policies and contrasts them with the principles of the social market economy. Even though Uganda has implemented remarkable market economy reforms, which resulted in a high economic growth, the effects did not reach major parts of the population or result in an improvement of their living conditions. According to Twimukze, a stronger focus on the priniples of the social market economy could decrease these discrepancies.

"It is the first time I am attending an event where an expert from another country than Germany analyses the principles of social market economy for another country", Prof. Köhler lauded Twimukye's presentation of the study.

Prof. Dr. Emmanuel Tumusiime-Mutebile, long-time head of the Ugandan Central Bank and leading economic expert in the country put an emphasis on macroeconomic stability, which had been guaranteed through Uganda’s fiscal discipline in the past. The reduction of the inflation could not succeed if the government gives up on this. „I hope this will not be the case“, Mutebile stated referring to current political developments. Regarding the persisting poverty Mutebile highlighted that a trade-off between macroeconomic stability and poverty reduction should be avoided. In Uganda a reasonable spending policy that aims at reducing poverty was needed. According to Mutebile, investments in public infrastructure do not automatically serve this aim. Prestigious project that do not serve this purpose should be given up, he said, directing his comment at the Ugandan government.

The head of the Uganda Investment Autority, Prof. Maggi Kigozi, emphasised the importance of the private sector. She demanded not to speak about separate solutions for Africa. „In a globalised world the same economic requirements and standards apply – also for Africa“. Treating Africa as a „special case“ would inevitably cause a negative image that deters private investors.

With regard to the role of state and market she emphasised that a regulating intervention is necessary in the case of market failure, but she also criticised the „tendency of the state to interfere to early“. The most problematic example from her point of view was be the agricultural sector, which has not been targeted by market reforms. The free development of the market in the agricultural sector was rather impeded by programmes financed through development aid, which also hindered entrepreneurial initiatives.

The practical point of view from an entrepreneurial perspective was presented by Prof. Gordon Wavamunno, successful Ugandan businessman and bearer of the Federal Cross of Merits of the Republic of Germany. He emphasised the importance of an improved relationship between the government and the private sector. The government should increase investments in education in order to create qualified trainees.

The former President of Germany, Prof. Dr. Köhler largely agreed with the panellists’ statements. „The most important instrument in order to ensure social justice and the reduction of poverty is the creation of jobs” Köhler stated. This was foremost an accomplishment by the private sector. The state had to provide a clear-cut and conducive framework for this. Considering the future, he emphasised that it would be important for Uganda to develop and expand the processing industry, facilitate business start ups and support small and medium scale enterprises.

All panellists welcomed the initiative of the Konrad-Adenauer-Stiftung to further the dialogue about social market economy in the Ugandan context. The conference with Prof. Dr. Köhler would be an excellent kick-off for a dialogue, which should have to be continued. Similar opinions were expressed by numerous guests, amongst whom academics and politicians of several parties could be found. Uganda should reestablish an approach of national dialogue about central topics such as the direction of the economic and social policies - that was the tenor of many comments. This opinion met a positive response with Hon. Henry Banyenzaki, the Minister of State for Economic Monitoring, who represented the Ugandan government. He promised to commit to the continuation and intensification of a constructive dialogue concerning economic policies, integrating different stakeholders.