On 9th of February 2019, 26 young leaders from Jinja districts participated in a one-day training on political economy analysis, advocacy and social mobilization. The Political Leadership Advancement Laboratory (PoLA-LAB) is a youth focused political leadership training organized in cooperation with the University Forum on Governance (UNIFOG). POLA LAB is a one-day session that includes an interactive and participant-centered approach to promote a better understanding of the development challenges through a political economy analysis lens. The sessions also focus on designing better advocacy and political mobilization and facilitating conversations meant to promote constructive civic engagements beyond electoral periods and cycles.
February 13, 2019 Ordering Information 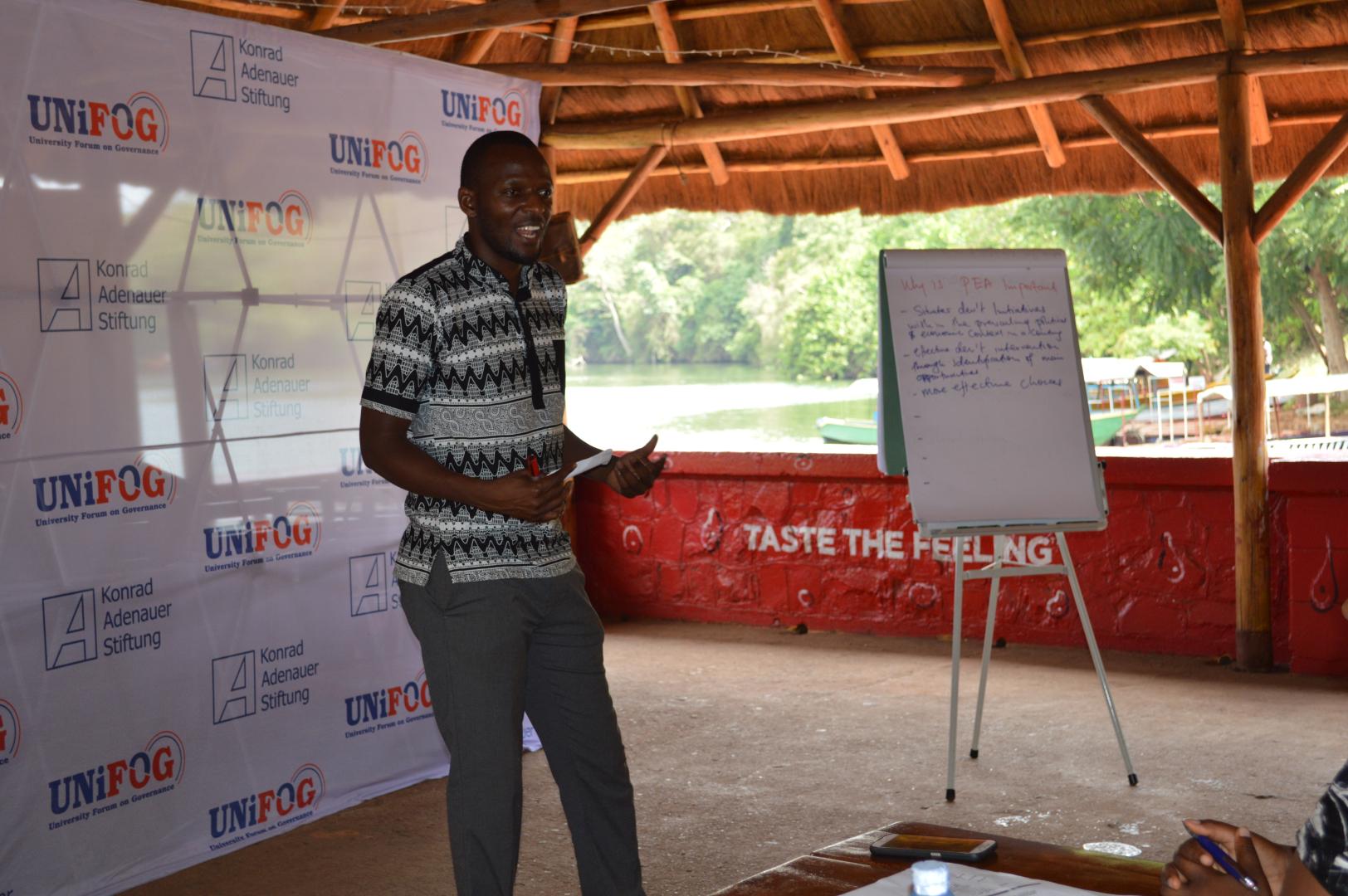 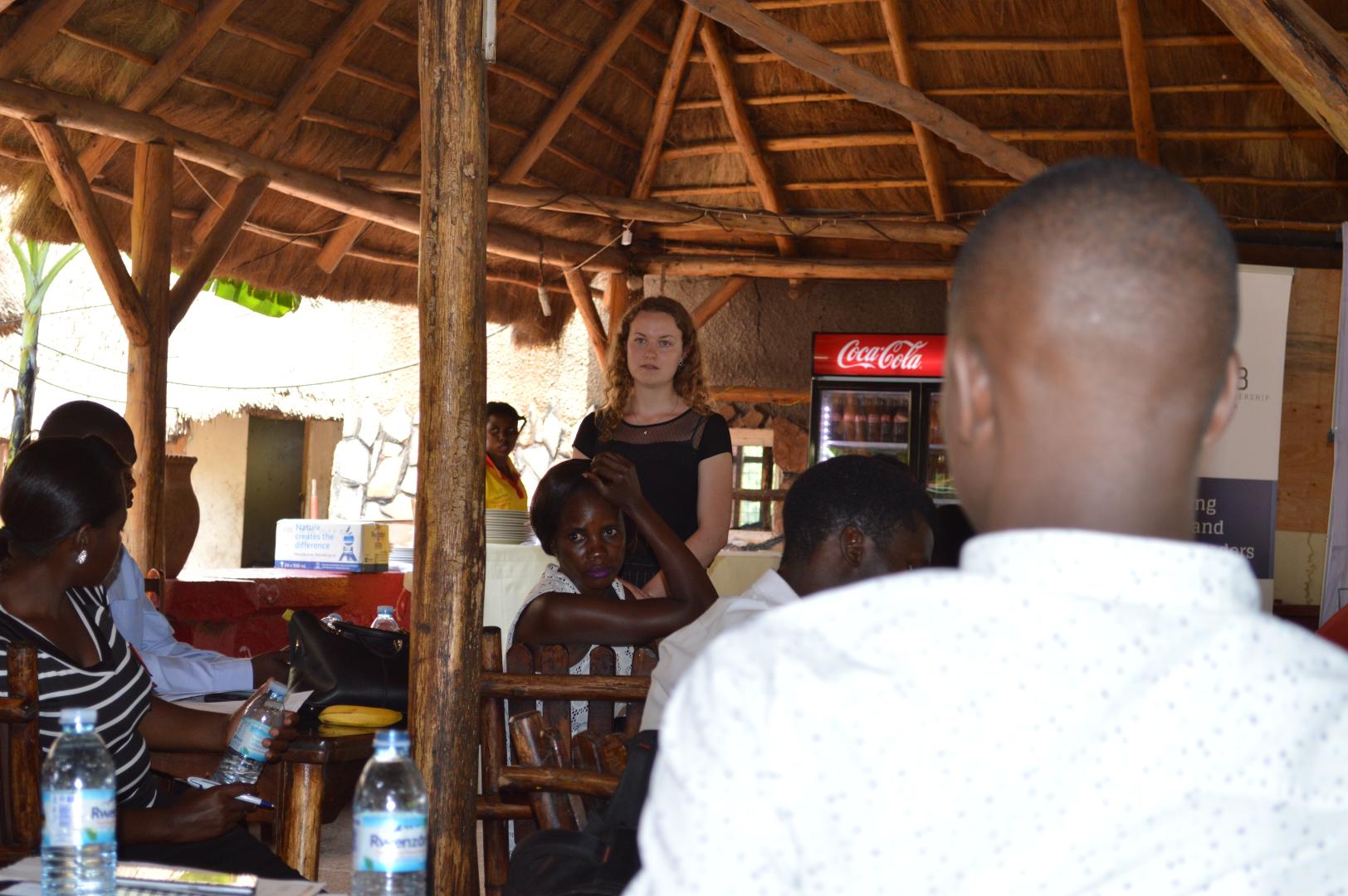 Madita Schulte discussing with the participants about civic engagement 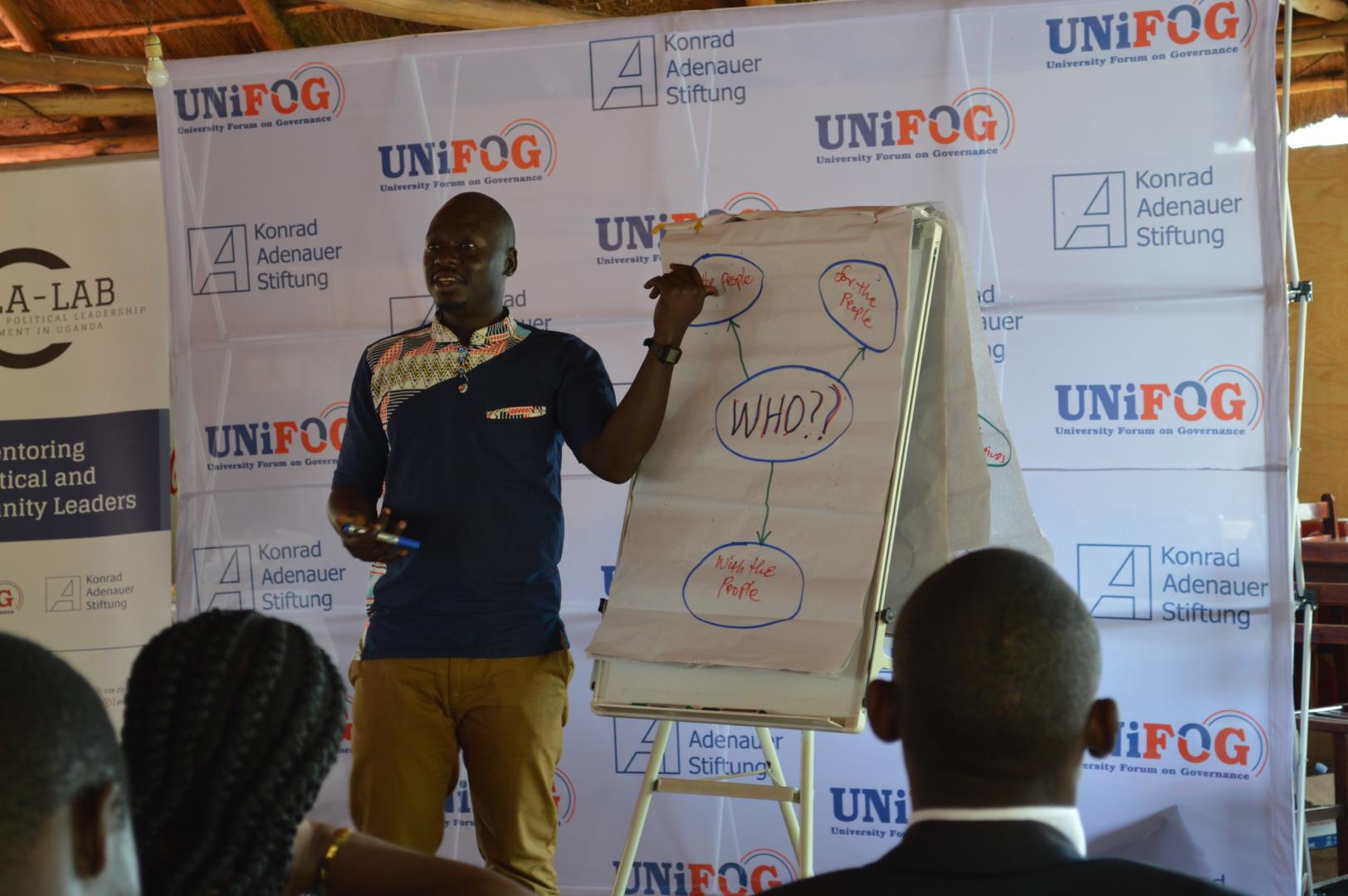 Donnas Ojok talking about strategies of advocacy, mobilization and lobbying 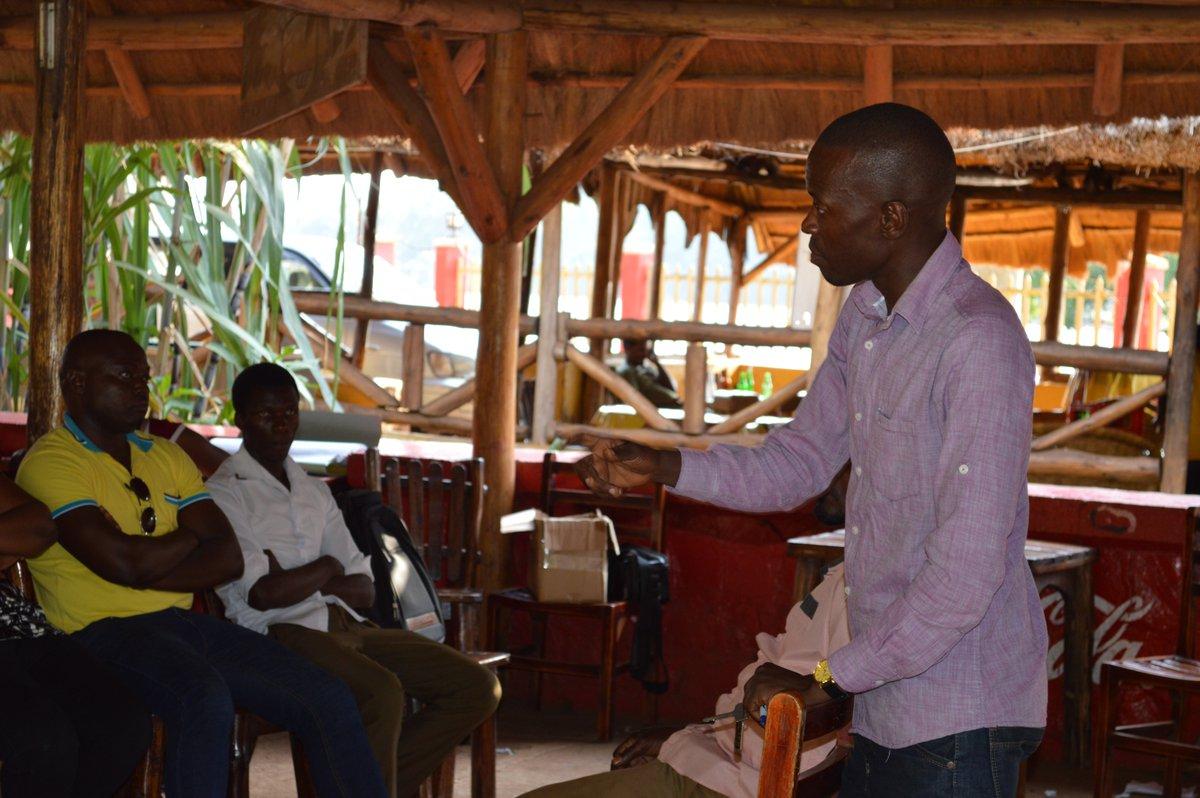 Ayub Kiranda, the programme manager at University Forum on Governance (UNIFOG) introduced the participants to the political economy analysis which enables the young leaders to understand the relationship between politics and economics and which actors, interests, resources and incentives must be taken into account in a decision-making process. This analysis is the key pillar for understanding how to engage with various stakeholders and how to mobilize them.

Donnas Ojok, one of the co-conveners of the PoLA Lab session using the example of the recently constructed Nile Bridge project to demonstrate the juxtaposing interplay of key political economy variables. The Nile Bridge, Mr. Ojok noted “must be viewed and analyzed as a political project with several layers of economic interests and power dynamics by the various stakeholders involved such as the government of Uganda, citizens of Uganda, donor agencies and other political and technical actors”. Moreover, “there are various incentives that drive the interests of these actors: for the government, it could be to facilitate trade between Uganda and other East African countries; for the politicians supporting the project, it could be amass more political capital and to the donors funding the project, it could be because of a wider geopolitical and power relations dynamic” Ojok argued. The example indeed supported the youth leaders in their ability to use the political economy analysis in practice.

To understand the importance of civil engagement, Madita Schulte facilitated a discussion based on the text “Civic Engagement – When voting is not enough” by Cameron Cross. This text contains problems of civic engagement and solutions for community development, like the loss of personal spirit to engage and the possibilities of mobilizing other actors who are sitting in a “comfortable chair of handing over responsibilities to someone else”. In the discussions the participants realized the importance of civic engagement to hold their leaders accountable and to effectively change their communities. They actively debated about the challenges of civic engagement such as seemingly endless invested time and efforts and how the mobilization of people can take place without money but rather through sharing ideas and empowering local people around common goals.

The next issue dealt with the concepts of mobilization, advocacy and lobbying. To hold leaders accountable and to make people understand “our cause and make them part of it”, Donnas Ojok, the facilitator of the session, emphasized the relevance of these tools to address collective action problems. As “the owner of the boat knows the boat more than you, advocacy is for the people, by the people and with the people”, Mr. Ojok underlined, which means that advocacy strategies have to be developed on a local level and close to those stakeholders who are affected by the issue. Further, different forms of strategies were introduced and Mr. Ojok emphasized that context matters with regard to choosing which tool to use to hold the responsible stakeholders accountable. To apply the newly gathered knowledge, the last session helped to make the participants understand how to draw an advocacy strategy using the example of the youth underemployment challenge.

In the last session the participants had to interpret and discuss the poem “Apolitical Intellectuals” by Otto Rene Castillo. The poem entails the phenomenon of intellectuals who choose not to participate in politics in their communities and how they will be held accountable by following generations. The young leaders focused on the importance to participate and how individual actions can provoke significant societal change in our communities.

At the end of the day, the Speaker of Jinja District Local Government, Nyende Michael Musana, joined the group of young leaders to share his political leadership experiences and what young leaders can do to achieve success in political leadership. He empowered the leaders to not “underrate themselves to have a better Uganda” and pointed out that “this is the time for young people to take responsibilities”. Further, he presented how Jinja District is monitoring all youth groups and their future strategy for young people which includes a youth conference of all Jinja districts and more resource mobilization for youth groups.

All participants who attended the leadership training were greatly inspired and enlightened by the knowledge they gained through the various sessions to improve their skills needed for their political leadership careers.