Climate change is a global problem whose challenges will be met at local, regional and international levels. Ambitious climate action is therefore required to meet the goals and targets of the Paris Agreement. Uganda’s Nationally Determined Contributions (NDC) require substantial financing from a variety of sources (public, private, and external). This implies an expanded role for both government and private sector to consider investments in green growth and renewable energy.
September 5, 2017 Ordering Information 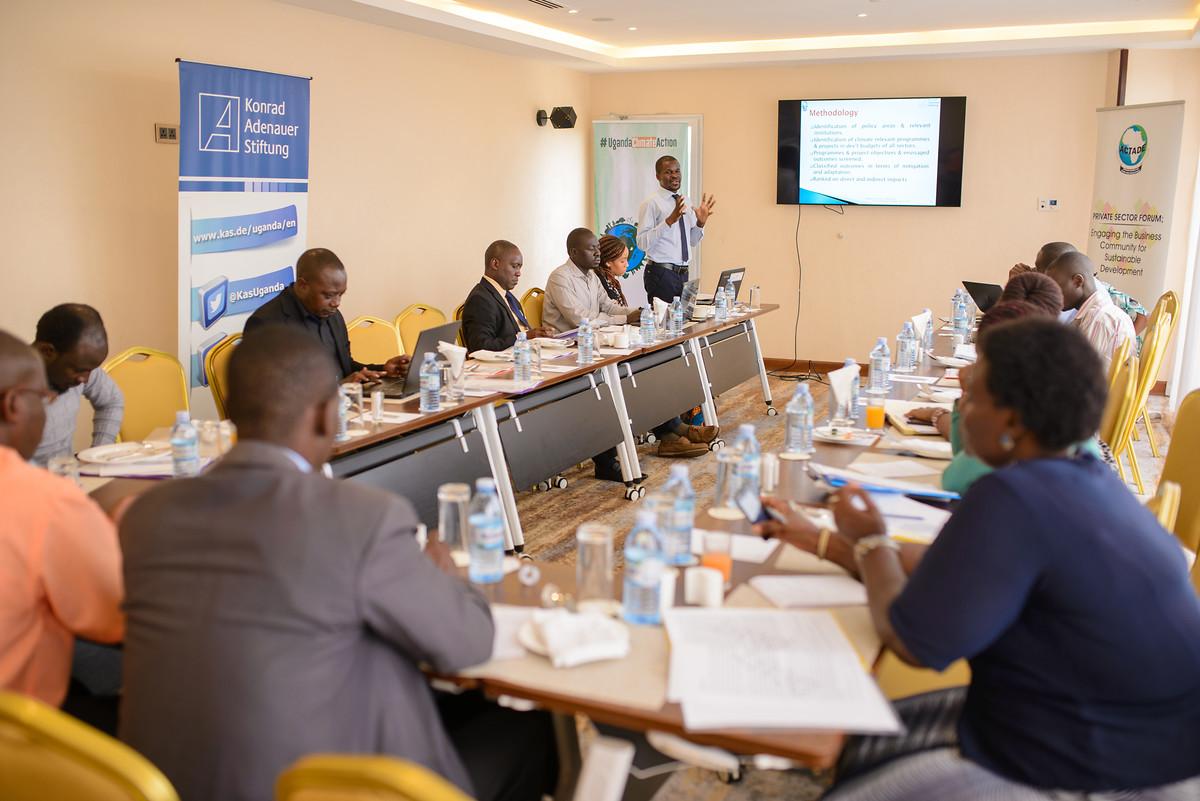 However, studies show that climate finance in Uganda has received little attention, making implementation of climate commitments all the more difficult.

Opening the session, Susan Nanduddu, executive director of ACTADE, noted that while civil societies are often more than ready to engage in the discussion on climate change, there is need for more participation from stakeholders from the private sector in particular. Nanduddu then proceeded with a general overview on the current national and global situation regarding climate change, and the different international funds and projects dealing with climate change. It became evident in her presentation that the Ugandan private sector is only marginally involved in financing climate change action.

With the goal of offering some insights and explanations as to why the private sector is at the periphery of the fight against climate change, Aaron Werikhe, consultant for the commissioned study, presented the preliminary findings on climate financing in Uganda. Werikhe warned that, given that Uganda is ranked among the most vulnerable countries to climate change, ‘we have no option but to address it’. The researcher proceeded by detailing the current procedural deficiencies of climate financing, since the response to international agreements remains weak and is mainly concentrated on policy, planning and legal levels, and is yet to be transformed into practice. Furthermore, according to Werikhe, the government has done little to involve the private sector. The focus must therefore be more on adaptation and mitigation of climate change policies. Aaron Werikhe attributed the lack of participation and contribution from the private sector to the inadequate knowledge on climate finance and a low appreciation of the projected effects of climate change. In addition, Werikhe argued that the current policy and regulatory environment surrounding climate finance are still unfavourable for the private sector.

The researcher’s presentation also offered different ways in which the private sector could enter climate finance, arguing that the private sector must explore existing market opportunities and adopt innovative technologies. Werikhe recommended members of the private sector to identify a business niche which could even allow them to ‘benefit’ from climate change and identify low hanging fruits to kick start transition. Closing his presentation, Aaron Werikhe remarked that Uganda as a country needs to act, given its high dependency on the environment, and stated that in the end ‘no one is immune to climate change’.

In the following roundtable discussion, participants noted the need for more knowledge transferring and capacity building among all the relevant stakeholders, not just the private sector. Other issues that had not yet been tackled in the study, such as ownership rights, the passiveness of the government in mobilising funds and transforming policy into practice, issues of transparency and accountability regarding international funds, the unfair regional distribution of climate funds, and the lack of communication between different stakeholders. When asked how these issues can be tackled, participants argued for more intense monitoring and clearer distribution of funds, closer cooperation between the government and the private sector, as well as increased gender sensitivity and youth participation in climate change projects.

The roundtable discussion highlighted the complexity of the discussion on climate finance, since participants were split on certain issues such as the need for more capacity building. However all participants agreed that, given the urgency of the subject matter, the international community, national and local government, private sector, and ordinary citizens, would all have to mobilise more funds and effort to combat climate change. 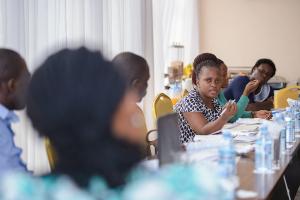 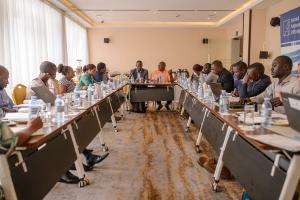 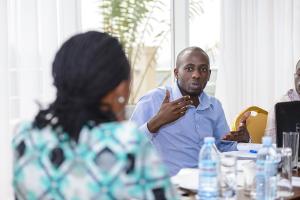 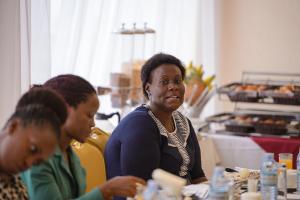